A Peregrine Falcon that was illegally taken from its nest has been released back into the wild in Suffolk.

Suffolk Police said the bird of prey was discovered during the search of an address in Lowestoft in June, following a report from the public. The force suspected the birds were taken for "financial gain" when still in the nest. 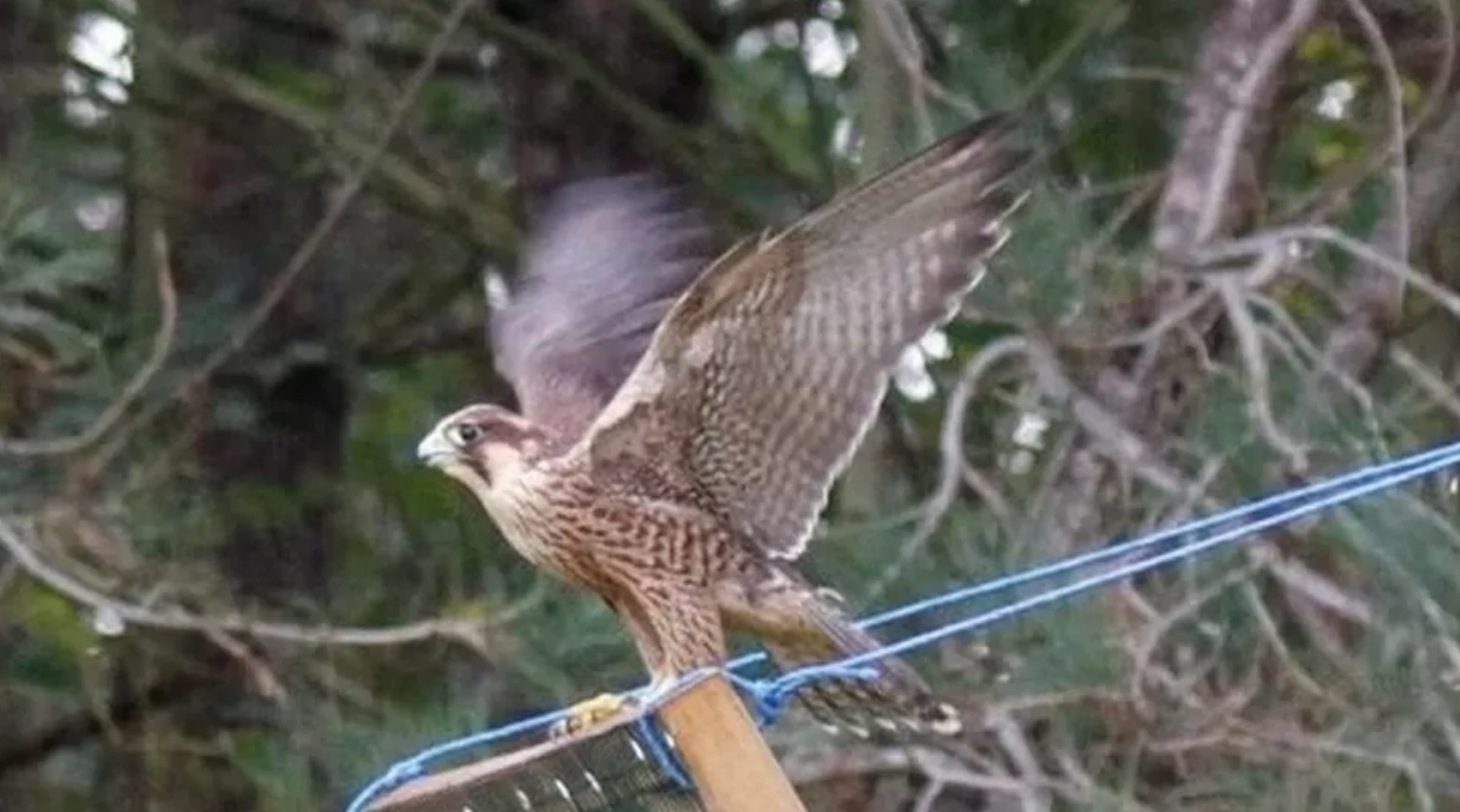 The Peregrine Falcon was released back into the wild in Suffolk (Suffolk Constabulary).

Sgt Brian Calver, from the rural and wildlife crime team, said: "Nature cannot speak up for itself and needs us to be their eyes and ears. We would encourage the public to notify us of any suspected criminal activity regarding wildlife."

The falcon was released at a secret location following a period of rehabilitation and after it was trained to hunt. Peter Merchant, a locally licensed bird of prey handler, was responsible for the falcon's rehabilitation, including training it to hunt, after being contacted by police.

"The early fledged youngster would, under normal circumstances, have been returned to its parental group but the period of delay before the bird was recovered meant this was not possible," said Mr Merchant.

"We all then had the satisfaction of seeing the bird released into the wild."