Italy's breeding population of Lanner Falcon has dramatically collapsed by 50% over the past five years, survey work has found.

The work, supported by public donations, the Runner4Lanner initiative and Committee Against Bird Slaughter (CABS), monitored 54 breeding locations – most (35) were on Sicily, with 19 others in Puglia, Basilicata, Campania, Marche and Tuscany. While not a complete survey of Italian Lanners, this nonetheless represents about half of the national population.

Worryingly, of the 54 sites checked, only 21 pairs successfully reproduced, with 31 young fledged. 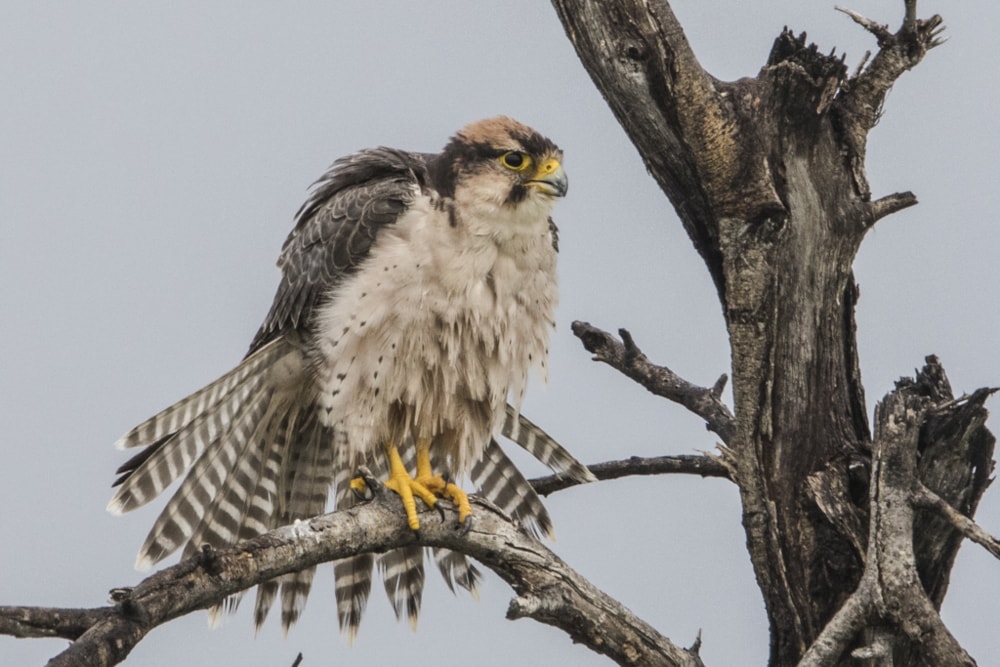 The Italian Lanner Falcon population has declined sharply due to poaching of chicks, agricultural intensification and increasing competition with Peregrine Falcon (Dave Williams).

The survey found that the species has become extirpated from Campania and has been missing from Lazio for some years. Tuscany's population is also in a dire state: the 2019 survey found only three pairs, significantly down on the 11 found in 2011.

There are a number likely reasons contributing to the decline but, sensationally, of three pairs monitored in Tuscany, two had the young stolen from the nest.

It has been rumoured for some time that the illegal capture of Lanner Falcon chicks for the falconry trade may be contributing to the disappearance of the species around Italy, and these observations seem to back that up.

Of the 35 sites in Sicily, only 13 were occupied and 10 pairs successfully bred. News in July 2019 provided evidence of an organised network of poachers dedicated to the capture of young falcons from the nest for selling in the falconry trade. A similar network has been confirmed in North Africa, where Lanner Falcon is more widespread.

Unfortunately, heavy pressure from poaching is not the only issue that Lanner Falcon faces in Italy – though it may prove the aspect that tips its already precarious population towards extirpation across the entire country.

Intenstification of agriculture around Italy has had a knock-on effect, with declines in prey items such as mammals, reptiles and insects making it more difficult for adults to successfully raise young. This puts extra emphasis on birds as prey items, for which the species has to compete with an increasing Peregrine Falcon population in Italy – something that the rarer species struggles to do.

Illegal poaching of wild falcon chicks is, unfortunately, not isolated to Italy. There are reports that Gyr Falcon has largely disappeared from Kamchatka and Far Eastern Russia. This has had a knock-on effect with the species' appearances in northern Japan, for example, where there has not been a single record for the past five years – in the past it was an annual winter visitor.