After yesterday's attempt by shooting industry-funded body You Forgot The Birds (YFTB) to smear conservationists' endeavours to conserve Hen Harrier — England's rarest breeding raptor — Natural England (NE) has issued a statement confirming that there were 12 nests this year, but also refuting YFTB's accusations.

The RSPB had already robustly defended their methods and position in the face of what now looks even more to be unfounded smears on the conservation charity.

Despite poor weather throughout the breeding season, there are six successful Hen Harrier nests this year, fledging 18 new chicks. An additional seventh nest which was close to fledging young unfortunately failed late in the season, due to natural predation. This year's successful nests follow the unlikely disappearance of five breeding male Hen Harriers, which resulted in the failure of their nests.

The nests are at undisclosed sites in Northumberland, Lancashire and Co Durham and north-western England. Staff from NE, the Forestry Commission, the RSPB and the Moorland Association have worked tirelessly with volunteer raptor workers, landowners and their staff to help bring about these positive results. The 18 fledglings represents the best year in England for the species since 2010; none fledged at all in 2013. 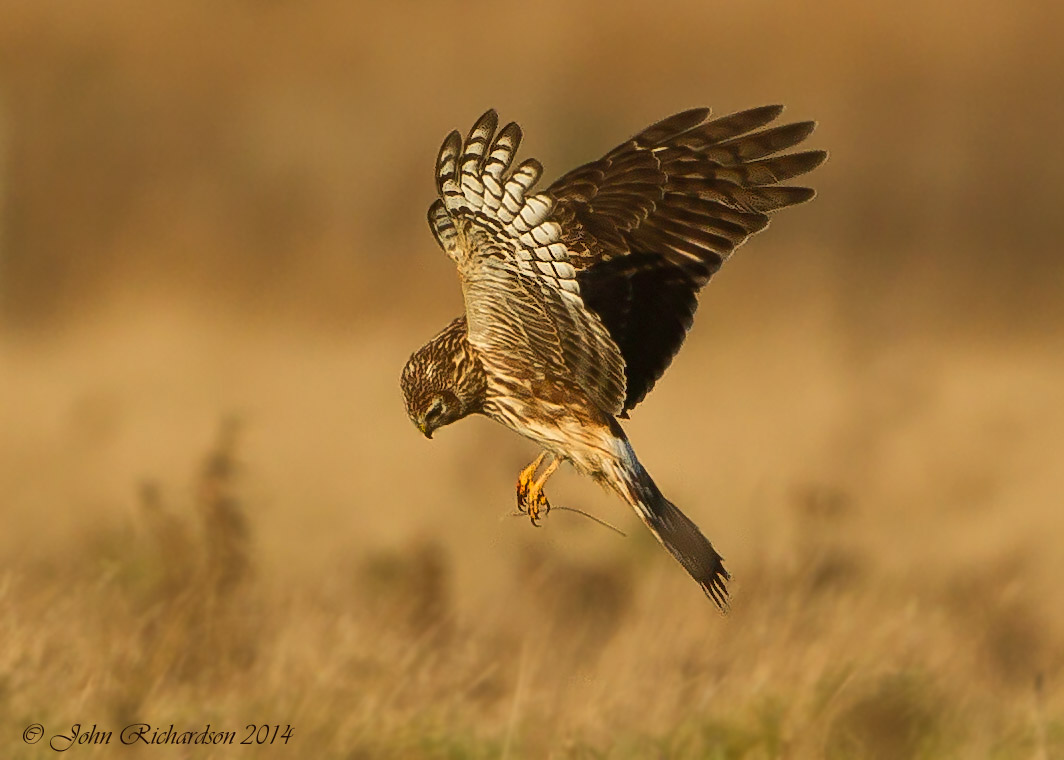 It is not known how YFTB managed to obtain the figure of 12 nests, six of which failed, ahead of many interested conservation bodies. In today's Guardian, a NE spokesman is quoted as saying that the YFTB story — published unquestioningly by The Telegraph, who did not contact NE directly for confirmation — was "based on a completely false premise. There is no [DEFRA] report and we wouldn't criticise the RSPB in any shape or form because they are an important part of the attempt to conserve this rare and important species." NE also state that, directly contrary to YFTB's press release, none of the 12 nests was on a grouse moor and all of the failed nests were close to shooting estates.

Rob Cooke, Natural England's Director of Terrestrial Biodiversity, said: "Six nests is a small number, but it is actually more than we have seen in total over the past 3 years — which is a significant and positive step forward."

Fledged chicks are being fitted with satellite tags by the RSPB EU-funded Hen Harrier LIFE+ project and NE, and their progress closely monitored. Satellite tag technology is improving rapidly and these latest tags will provide even more detailed information on how birds move around the landscape and the factors which currently limit the population.