Titchwell Marsh on the north Norfolk coast faces inundation by the North Sea, which is slowly but surely eroding the 30-year-old sea walls that protect it. To stave off catastrophe the RSPB has decided it must allow the sea to reclaim part of the reserve in order to save the rest. If the waters were to break through, the entire reserve, a mix of brackish and freshwater marshes and scarce reedbed, would be lost along with rare breeding birds like the Bittern and Marsh Harrier. 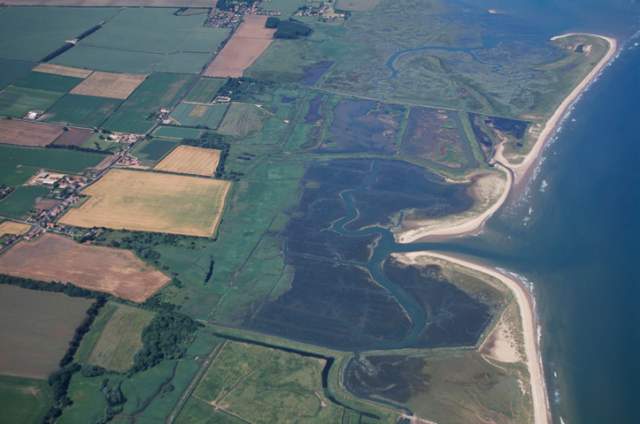 Titchwell from above in 2005 (Photo: RSPB images)

The loss of the reserve would also hit the local economy, with Titchwell Marsh employing local people and attracting tens of thousands of visitors to the area every year. Under the scheme, the sea wall will be moved back behind the present brackish marsh, which will be allowed to return to tidal saltmarsh. This will allow new and improved sea defences to protect the freshwater marsh and the reedbeds with their precious breeding Bitterns from the rising tides. At the same time visitor facilities will be enhanced and it is hoped the newly created saltmarsh will become an attraction in its own right.

Titchwell Marsh was first claimed from the sea for farming and agriculture. Sea walls were built and the whole area of the current reserve was taken out of the surrounding saltmarsh, enclosed and used as arable farmland and grazing marsh. During the Second World War, part of the area was also used by the military as a tank range. The abandoned remains of rusty tanks can still be seen on the shore to this day.

After the floods of 1953, the sea walls were not rebuilt and the area went back to being saltmarsh. It was left like that for 20 years. The RSPB bought the site in 1973, building walls to protect 56 hectares from the sea. In the 1990s, an area of dunes in front of the reserve was eroded by the sea, and formed a creek and the current tidal marsh. 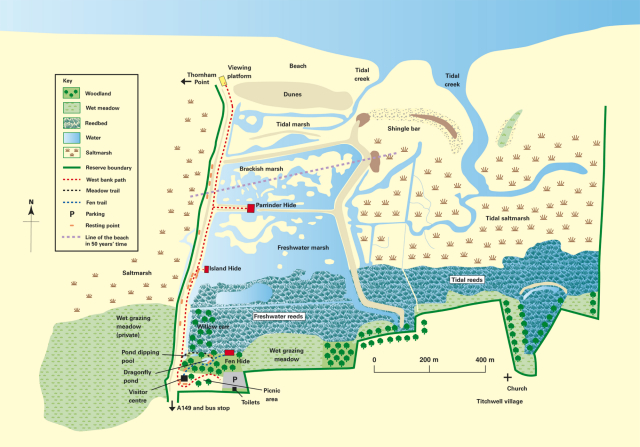 Grand Designs The plans for changes at Titchwell. Click on the picture to see a larger version.

Two longshore drift systems going in opposite directions meet at Titchwell and continually move sediment away from the site, causing erosion. This is linked to the presence of Scolt Head, a spit that is gradually extending westwards along the coast towards Titchwell Marsh. In around 50 years from now, a much larger Scolt Head is expected to provide a barrier protecting the reserve.

The RSPB plan to breach the sea defences deliberately on the eastern edge of the brackish marsh, turning the existing tidal marsh and brackish marsh areas back into saltmarsh. The current freshwater marsh will be improved by the addition of new wader scrapes and extra nesting areas for Avocet. This will lead to the loss of some of the existing freshwater reedbeds, which will be replaced by the conversion of the wet grazing meadow into a new reedbed.

As part of the project, the Parrinder wall will be strengthened and heightened. Material from the conversion of the grazing meadow will be utilised in this phase. Additionally the Parrinder hide will be completely redesigned and rebuilt. Work on the project will take place between late August and October 2009, and then again in the same period 2010. Parts of the reserve may be out of bounds during these periods, but Titchwell will remain very much open for business, with a variety of extra events taking place. 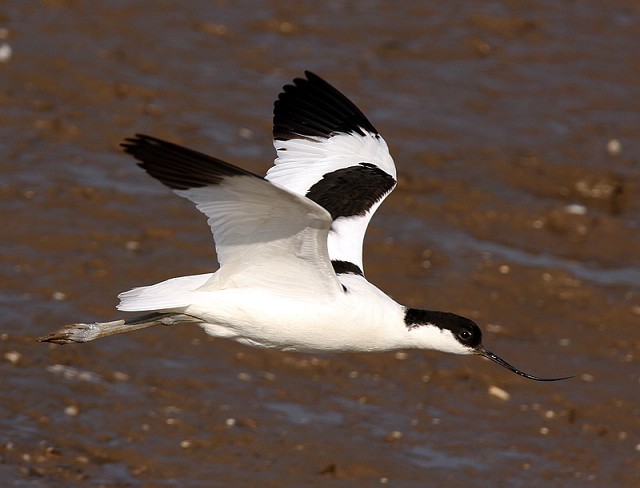 Titchwell's iconic Avocets nest on islands in the brackish marsh, and they will be heavily impacted by the change to tidal saltmarsh. Some have already moved to the adjacent freshwater marsh, and this will be actively encouraged. In addition, the RSPB plans to create new nesting sites at its Freiston Shore and Frampton Marsh reserves, some 19 miles away as the Avocet flies, on the Lincolnshire side of The Wash.

The work carried out at Titchwell Marsh should secure the much-loved site's future for at least 50 years, by which time the danger of further erosion may have passed. Rob Coleman, the reserve's manager, said: "I know this is a huge change for Titchwell and for the very many people who share our deep love for the reserve, but the need to go ahead with this scheme was clear. We faced a stark choice between sacrificing the brackish marsh or losing the whole site to the sea. In drawing up these changes we have listened hard to local people and to visitors. As a result, the new-look site will keep and improve on all the things that make Titchwell special for them."

The RSPB are hosting Titchwell Marsh Coastal Change Project Information Days where you can meet and talk to RSPB staff and volunteers involved in the project.