Grey Partridge has been deemed extirpated from Switzerland following a year of no sightings in 2019, marking a sad demise for a species once common in the land-locked European nation.

Last year's blank came after only two breeding pairs were found in the Geneva region in 2018. Given their sedentary nature, a recurrence of the species is considered very unlikely. In the middle of the 20th century it was estimated that some 10,000 individuals were spread across arable areas in Switzerland, already a sharp decrease from the late 19th century, but the population then began to crash dramatically. 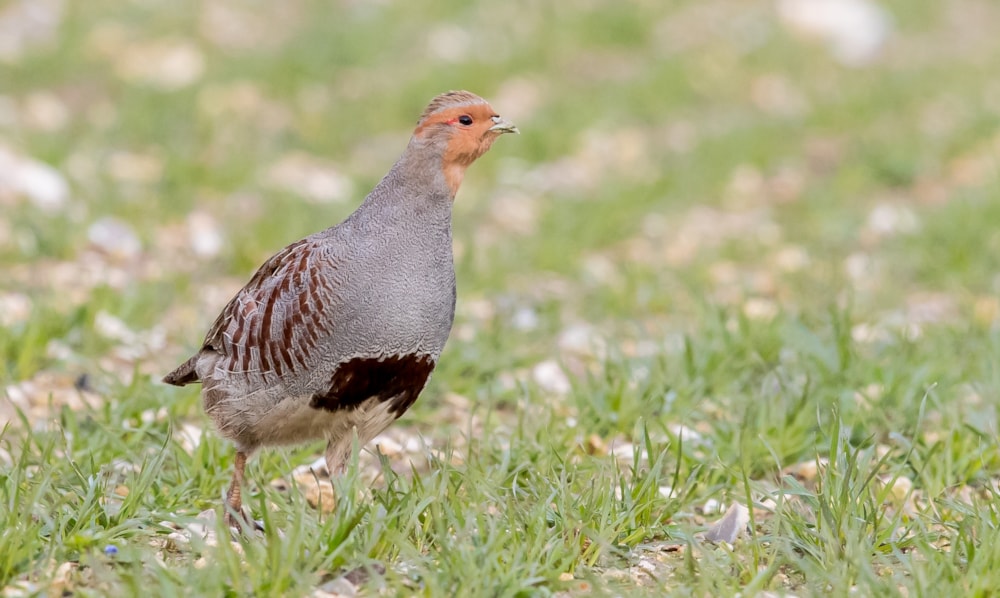 Grey Partridge is now considered extinct in Switzerland, with no observations in 2019 (Mark Wilson).

In 1991, the Federal Office for the Environment began working to protect Grey Partridge, as they attempted to restore habitat in cooperation with farmers in the Klettgau region in the north of the country. Once this was achieved, birds were relocated to these areas and, from 2002 until 2004, some 15-20 pairs were established. However, following a weather-related crash of the population, the scheme ceased. There have been no records of the species from Klettgau since 2016.

In the Champagne region, between 2008 and 2012, some 500 Grey Partridges were released, resulting in a breeding population of roughly 60 pairs in 2012. However, this population failed to sustain itself, with reasons cited as the small size of the areas they were released in and predator density. As a short-lived species, the partridges needed suitable habitats in an even larger catchment area than the perimeter of the project areas.

Sadly, this crash is symptomatic of a wider farmland bird decline in Switzerland, with species such as Crested Lark, Ortolan Bunting, Lesser Grey, Woodchat and Great Grey Shrike all lost due to high-intensity agriculture and a lack of food supply.

Indeed, the wider prognosis for Grey Partridge is rather bleak and, across the Swiss border in Germany, the partridge population crashed by a shocking 90% between 1992 and 2016.