Natural England can confirm today [22nd May 2012] that the Great White Egret has nested in Britain for the first time. The nest site — at Shapwick Heath, Natural England's National Nature Reserve in Somerset — is being monitored by staff and volunteers from Natural England, the RSPB and Somerset Ornithological Society. Activity on the site strongly suggests that the birds may already have young and, in the next few weeks, Natural England hopes to be able confirm that the nest contains chicks and that Britain can welcome a new species to its list of breeding birds.

The species is more usually found in mainland Europe but, in recent years, the number of sightings of these elegant birds in England has increased; a small number of them have been visiting the reedbeds and wetlands of the Avalon Marshes. Until now, none has nested and there is growing excitement that this summer could be the beginning of a new trend — the species is known to return to the same nest site each year, so it is hoped that this pair will prove pioneers in the establishment of a colony on the Avalon Marshes. The female was ringed as a nestling in May 2009 in Besne, France, and records show she travelled to Lancashire, Wales and Gloucestershire before visiting the Somerset Levels for the first time in April 2010. She has remained there ever since, coping with two relatively cold British winters in the process. 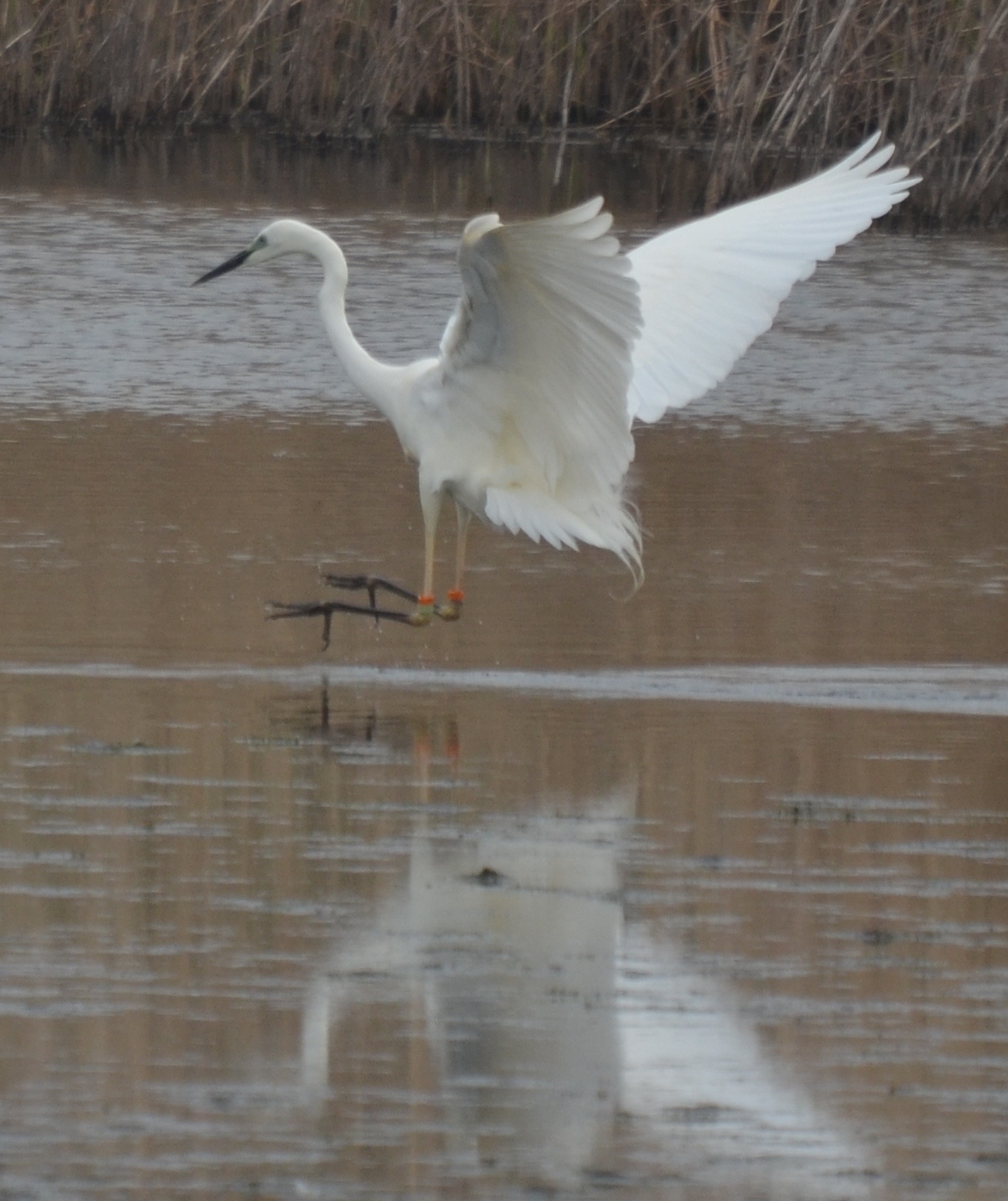 Local birdwatchers spotted nesting activity on the Shapwick Heath Reserve in early April this year and alerted the Somerset Ornithological Society, Natural England and the RSPB. The three organisations immediately established a 24-hour nest-watch operation with volunteers, who have currently clocked up over 1000 hours of nest-watching time. This ensured that the birds were not disturbed while they completed building their nest, concealed deep in the reedbeds.

Simon Clarke, Reserve Manager for Shapwick Heath, explained: "This is hugely exciting and we've been keeping everything crossed and a close eye on the nest since the signs of nesting activity were first noticed last month. In the last few years, we've been carrying out a lot of work to improve the reserve's reedbeds for Bitterns and Otters, but it seems Great White Egrets have also appreciated the work we've done."

Tony Whitehead, speaking for the RSPB said: "This is another major step forward for nature conservation, and the RSPB is delighted to be working alongside Natural England and the Somerset Ornithological Society to protect these pioneering birds as they breed for the first time. The Avalon Marshes are a wonderful example of landscape-scale conservation, where partnership working has produced one of Western Europe's largest and best wetlands. Places such as these are vital in providing valuable space for newly colonising species as well as safeguarding populations of vulnerable birds such as the Bittern. The really exciting thing is now predicting what's going to turn up next — it's the sort of place where anything is possible!"

Simon Clarke added: "Despite the appalling weather conditions over much of this period for wardens and birds alike, these egrets have shown extreme diligence in tending the nest site. Although chicks have not yet been seen, a significant change in behaviour has been noted, which suggests we may soon have some very demanding new additions to the Reserve!"

The RSPB and Natural England have set up a recorded information line for people to keep up to date with the birds' progress and details on visiting the reserve to view the birds. The number is 07866 554142. Visitors to Shapwick Heath are welcome but parking is very limited. Therefore, in order to avoid disturbance to local residents, visitors are asked to park at the Avalon Marshes Centre, Westhay, BA6 9TT, where you will find directions to the Great Egret Watch.