Potentially environmentally damaging dredging must not be prioritised over other proven flood-prevention measures in this year's Autumn Statement on 3 December 2014 is the warning to the government by Blueprint for Water. In a new report, Dredging up Trouble, 10 of the Blueprint for Water partners — a coalition of organisations (The Wildlife Trusts; Angling Trust; Wildfowl and Wetlands Trust; Institute of Fisheries Management; Friends of the Earth; Buglife; RSPB; Salmon & Trout Association; Amphibian and Reptile Conservation; and Wildlife and Countryside Link), representing over two million members — are highlighting the importance of other options being properly considered.

The report identifies 10 priority areas that would inevitably lose out if new funding is ring-fenced for dredging alone. These include protecting life and public health, natural flood management options and sustainable drainage systems. 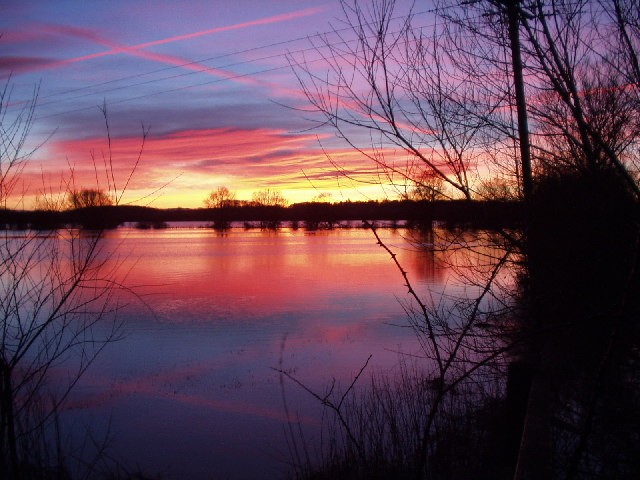 Alastair Moseley, Honorary Vice President, The Chartered Institution of Water and Environmental Management (CIWEM), said: "Last winter's floods were not exceptional and will happen again. We must be prepared for these events and ensure that funding and appropriate flood risk management approaches are put in place. The government must understand that this extends way beyond dredging and needs to encompass resilience, sustainable land use and other measures which are tried, tested and supported by evidence."

The report's authors emphasise that failure to consider all options will be in breach of Defra's own rules, which ensure that the Environment Agency targets its limited budget to areas where the benefit to communities is greatest. Recent studies have shown that dredging can, in some cases, make downstream flooding worse by moving water too quickly down river catchments.

Janina Gray, Chair of the Blueprint for Water and Head of Science for the Salmon & Trout Association, said: "Within the Blueprint for Water Coalition we are concerned that, in its eagerness to be seen to be 'doing something', the Government will increase investment in dredging. This could exacerbate, rather than reduce, flood risk in areas and cause environmental damage. It would also reduce the likelihood of other more effective solutions being taken forward."

Mark Lloyd, Chief Executive of the Angling Trust, stated: "The Government has been trying to find ways to stop farmers' fields flooding, but ignoring the fact that bad management of farmers' fields is causing flooding of people's homes. Instead of wasting money on dredging, which is largely pointless, the Government should use the existing £2 billion subsidies from taxpayers to drive real change in farming practices to improve water management throughout river catchments."

In June 2014 the Environment Agency informed stakeholders of a new instruction from the Environment Secretary appearing to prioritise dredging over other flood risk management options. The Blueprint for Water coalition believes that this represents a clear shift in policy, cutting across Defra's own funding rules which ensure the Environment Agency targets its limited budget where the benefit to communities is greatest. The environmental and wildlife organisations believe that this could trigger a return to the policies of the 1960s and 1970s, and turn many rivers into straightened flood channels in order for Government to be seen to be 'doing something'.

The RSPB backed Floods and Dredging — A Reality Check, a CIWEM report illustrating the folly of relying on dredging alone to reduce flood risk. Rob Cunningham, head of water policy at the RSPB, said: "It's vital Government takes an evidence-led approach to reducing flood impacts through a range of measures working with natural processes to complement traditional defences by: slowing flows; and increasing infiltration and flood storage throughout catchments. That doesn't just mean more money — it also means securing better value from the £2billion spent supporting farmers by requiring tougher action to protect soils and targeting additional payments where they deliver greatest benefit."

Martin Spray, Chief Executive from the Wildfowl & Wetlands Trust, concluded: "It's understandable that politicians want to be seen to do 'something', but it's vital that this does not stop us looking at the evidence and doing the 'right thing'. Dredging is only one small part of the solution and other options are often more cost-effective in delivering the best outcome for people and wildlife. If the Government wants to properly address flooding, it must consider all the areas we set out in this report."

Steve Trotter, The Wildlife Trusts' Director, England, added: "The taxpayer expects the Government to invest in cost-effective and long-term solutions to flooding which provide good value for money. In the long term, investing in natural fixes will be the wisest investment of all. It is time for the Government to recognise that large-scale restoration and creation of networks of healthy habitats which store and retain water will reduce our vulnerability and increase our resilience to extreme weather events. Working with nature, rather than against it, is the key."

The coalition has submitted a formal response to the Treasury consultation on the Autumn Statement, which closed on Friday 17 October 2014.