A Canada Goose suffered for possibly weeks and ended up losing a leg because of improperly discarded fishing litter, the RSPCA has revealed.

The organisation was contacted by a concerned member of the public who saw the goose on a lake near to Ryders Hayes Lane, Walsall, staggering and struggling to stand. When RSPCA animal collection officer (ACO) Cara Gibbon arrived to catch the goose, she was shocked to see that it was missing his right leg, with the bone protruding through. 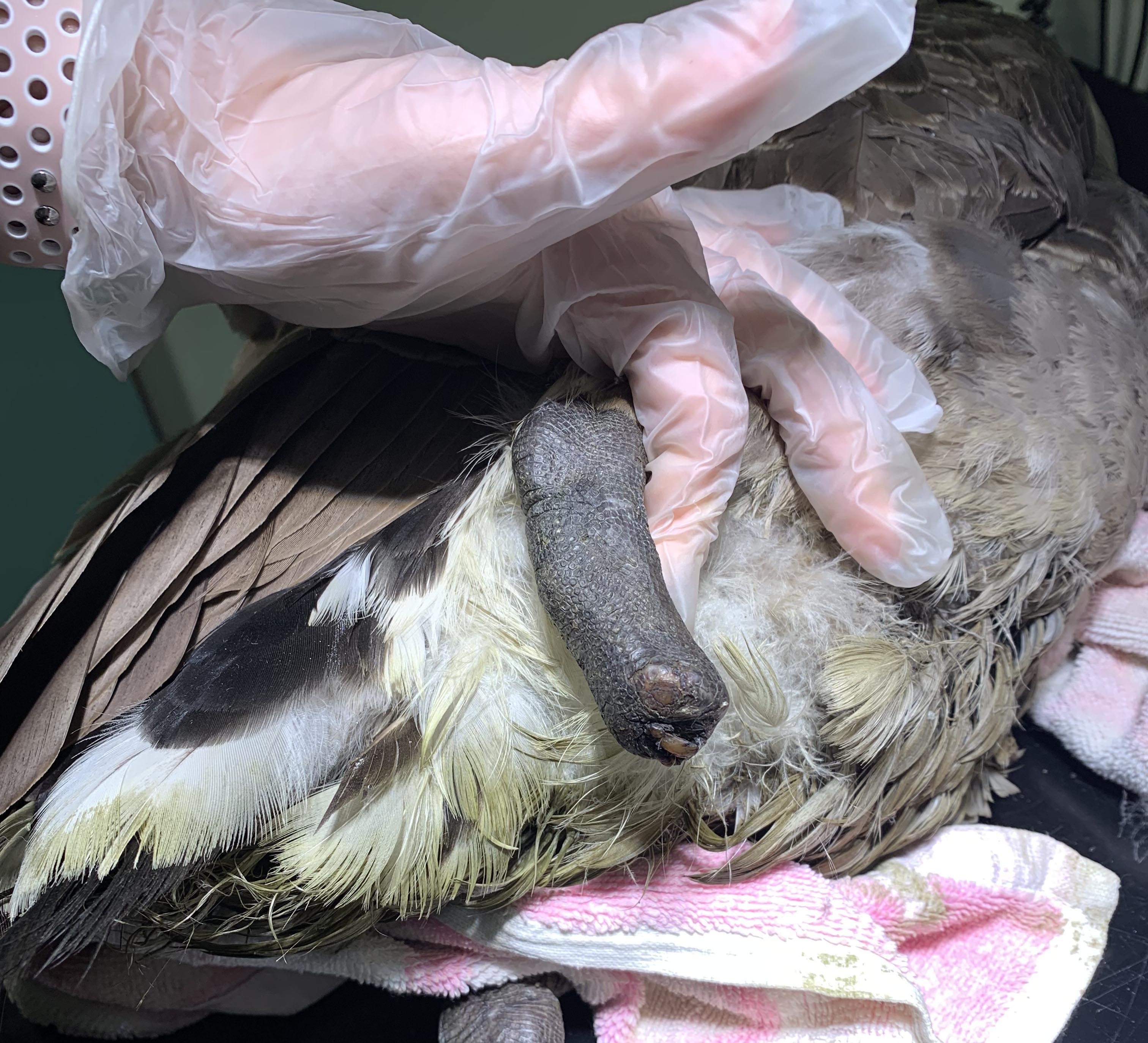 The Canada Goose had to be put to sleep to end its suffering (RSPCA).

Its left leg, which was also tangled in fishing line, was completely dead as a result of the blood supply being cut off. Very sadly, after being assessed by a vet, the goose had to be euthanised to end its suffering. ACO Gibbon said: "The leg that he did have was red hot at the top, above the fishing line, and stone cold beneath the line.

"The poor bird had been dragging himself by his abdomen for possibly two weeks. As he had been dragging himself, the feathers on his abdomen had all fallen off. He was also completely emaciated as it is unlikely he was able to eat because of this injury. It is just so sad that this happened to this poor goose, who clearly suffered a great deal. This is what improperly discarded fishing litter does to our beautiful wildlife.

"It is such a cruel ending to his life all because someone didn't take their rubbish home with them. The majority of anglers do dispose of their litter properly and it is frustrating that those who don't possibly don't realise how dangerous it is to animals. Discarded line in particular is a terrible hazard for wildlife, particularly as it can be almost invisible. We strongly urge those who enjoy fishing to be extra cautious to make sure nothing is left behind.

"Most anglers are very responsible when disposing of their litter, but it only takes one careless person to endanger the life of an animal. If members of the public see discarded litter, we would encourage them to pick it up and put it in the bin. Their action could save an animal’s life."