Two young Bonelli's Eagles, both born in spring 2019, have been illegally killed in south-west France during this year's hunting season.

The youngsters, which were from nests in the departments of Gard and Hérault respectively, were both found to have been shot close to pigeon-shooting areas – autopsies revealed the presence of multiple shotgun pellets in both birds, astonishingly including no fewer than 110 individual pieces in the bird found near Barcelonne-du-Gers.

In a statement, the Prefecture of the Occitainie region strongly condemned the callous acts and made it clear that the acts were punishable by two years' imprisonment and a fine of €150,000. 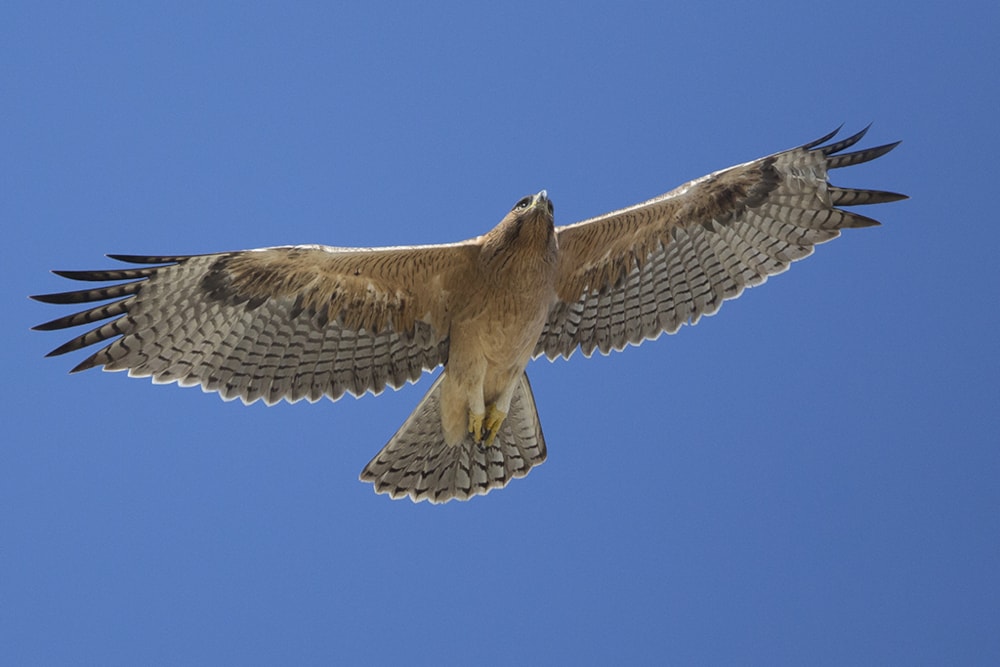 Both of the shot Bonelli's Eagles were young birds, like the one pictured (Nigel Bell).

A spokesperson for the Prefecture said: "These malicious acts are a blow to the significant human and financial efforts implemented for the preservation of Bonelli's Eagle in France by many public, private and associative partners.

"This species benefits from a National Action Plan managed by the State and the Conservatory of natural areas of Languedoc-Roussillon".

There were just 38 breeding pairs of Bonelli's Eagle in France in 2019, making it one of the rarest and most threatened birds of prey in the country.

In France, Bonelli's Eagle is largely found in the Mediterranean region, from Pyrénées-Orientales in the west to the Var to the east, while occurring as far north as the southern reaches of the Ardèche. The species is largely sedentary, although young birds often move considerable distances as they explore their surroundings and look to set up new territories. Unfortunately it is these wanderings that often puts them in danger of illegal persecution.

Serge Castéran, President of the Regional Federation of Hunters, said: "I condemn very strongly these attacks against a protected species which is the subject of a national action plan.

"Hunting, be it for Wood Pigeon or otherwise, in no way authorizes the shooting of anything that flies nearby."

However, Castéran then added: "Riddling a raptor with 100 pellets is an act of malice, but there is no evidence that it was committed by a hunter," and said sarcastically "It is always the fault of the hunter, always him which is blamed."