A former industrial wasteland which is now a nationally important site for rare wildlife such as Willow Tit and Eurasian Bittern has become one of England's largest urban nature reserves.

The Flashes of Wigan and Leigh joined England's collection of National Nature Reserves (NNRs) on 3 October. The news means Greater Manchester has its first National Nature Reserve. The lakes which are characteristic of the area were formed due to mining subsidence and have become a haven for nature over the last century.

Recreational value was cited as part of the reasoning for the declaration. It is hoped that the NNR, which is known for pursuits such as birding, fishing and cycling, will promote sustainable tourism and inspire visits from local residents.

Approximately 2% of England's Willow Tit population survives in the Flashes of Wigan and Leigh, with at least 52 pairs recorded, while the area is also important for Great Crested Newt and Water Vole.

The high diversity of species is supported by the mosaic of habitats making up the Flashes, including swamp, reedbed, tall herb fen, wet grassland and wet woodland. Water Vole is among the other wildlife set to benefit from the declaration (Darren Chapman).

"A healthy natural environment and economic growth go hand in hand. By working together to build strong partnerships such as those we see here in the Flashes of Wigan and Leigh, we can provide space for rare species and provide vital greenspace. That will make Wigan and Leigh great places to live and great places to do business in, so helping to attract inward investment.

"The unique wetlands in Wigan and Leigh were forged by nature reclaiming former industrial land. Today's designation demonstrates how it is possible to reverse the decline in nature." 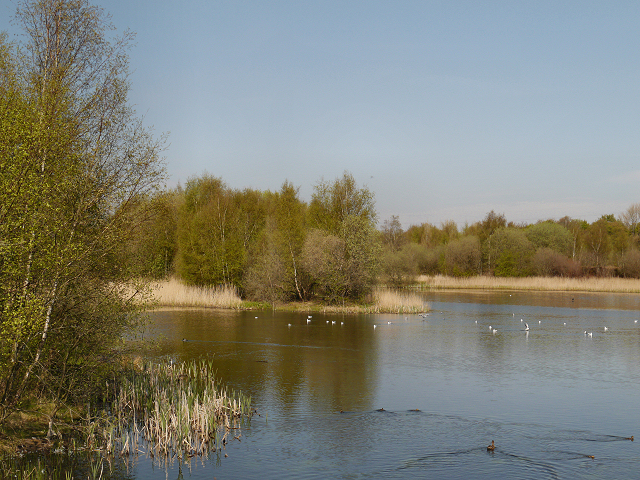 Wigan Flashes is one of 13 sites forming the new National Nature Reserve (David Dixon via Geograph).

The Department for Environment, Food and Rural Affairs (DEFRA) said that 'natural capital', estimated at a value of £1.2 trillion in 2019, is vital to the British economy, while the site will boost the wellbeing of local people.

A total of 13 sites, including Wigan Flashes and Bickershaw Country Park, make up the new reserve, which has been created in the 70th anniversary year of England first NNR.

The English network of National Nature Reserves now includes 220 sites, covering more than 103,000 ha, is are key to the government's target to halt the decline in wildlife populations by 2030.