A Cinereous Vulture has died after becoming intoxicated with diclofenac – the first documented death of a vulture in Europe to be associated with the drug.

The bird was born in the Pyrenean foothills last year and the incident confirms the concern that vultures in Europe can die when ingesting carrion from cattle treated with diclofenac. The non-steroidal anti-inflammatory drug was the cause of a dramatic decrease in the Asian populations of several species of vultures at the beginning of the 21st century. 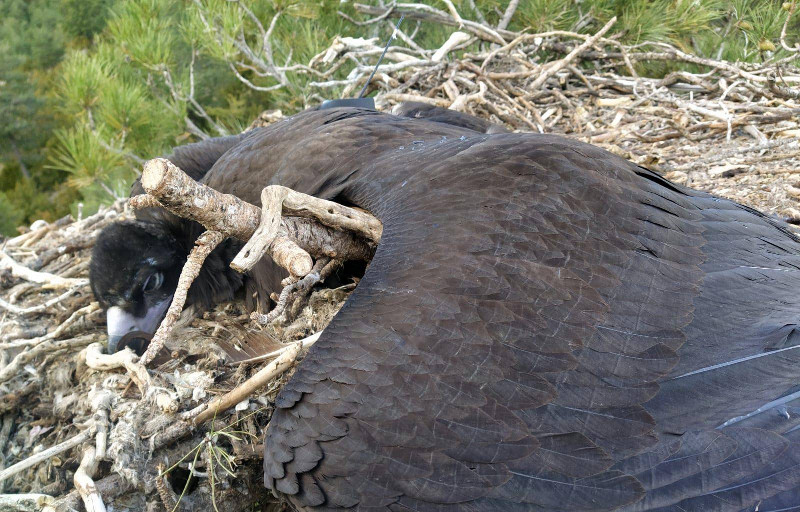 After the body of the vulture was found, analysis of the corpse confirmed without a doubt the death of the vulture was from diclofenac poisoning. There is the possibility that the young vulture fed on the remains of cattle treated with this drug – it is known from the GPS transmitter that the day before its death it was at a feeding point set up vultures.

Alternatively, it may have become intoxicated by the food that its parents provide it when it is in the nest, although the adult birds have not suffered any ill health.

"Now we know that the risk of black vultures or scavengers of other species dying in Europe from this cause is very real and there may even have been previous cases that have not been detected", said Ernesto Álvarez, president of GREFA and one of the authors of a study that documented the death of the young vulture.

"Spain, by harbouring the largest populations of European vultures by far, has a responsibility towards the conservation of these birds that it can no longer avoid in any way, in view of the results of this revealing study," added Álvarez.

The authors of the study consider it necessary to arbitrate the measures required to prevent vultures from feeding on carcasses and remains of cattle treated with diclofenac. In the event that these preventive measures are not carried out with all the guarantees, they recommend a moratorium on the veterinary use of diclofenac and seek alternative non-toxic drugs for these birds.