The Loro Parque Foundation has released six Lear's Macaws in Caatinga habitat in north-eastern Brazil. The macaws were raised in Tenerife and are one of nine species the Foundation has been able to save from imminent extinction, thanks to its funding of in-situ and ex-situ conservation projects. The six birds were moved from Tenerife to Brazil last August and have already settled in to their new home, and are flying free in the wild.

With help from the Foundation, Lear's Macaw has recently been reclassified as Endangered, having previously been Critically Endangered. The organisation was handed two pairs by the Brazilian Government in 2006 and have gone on to release birds back into the wild, after helping captive birds reproduce, with some 30 individuals being born in care. 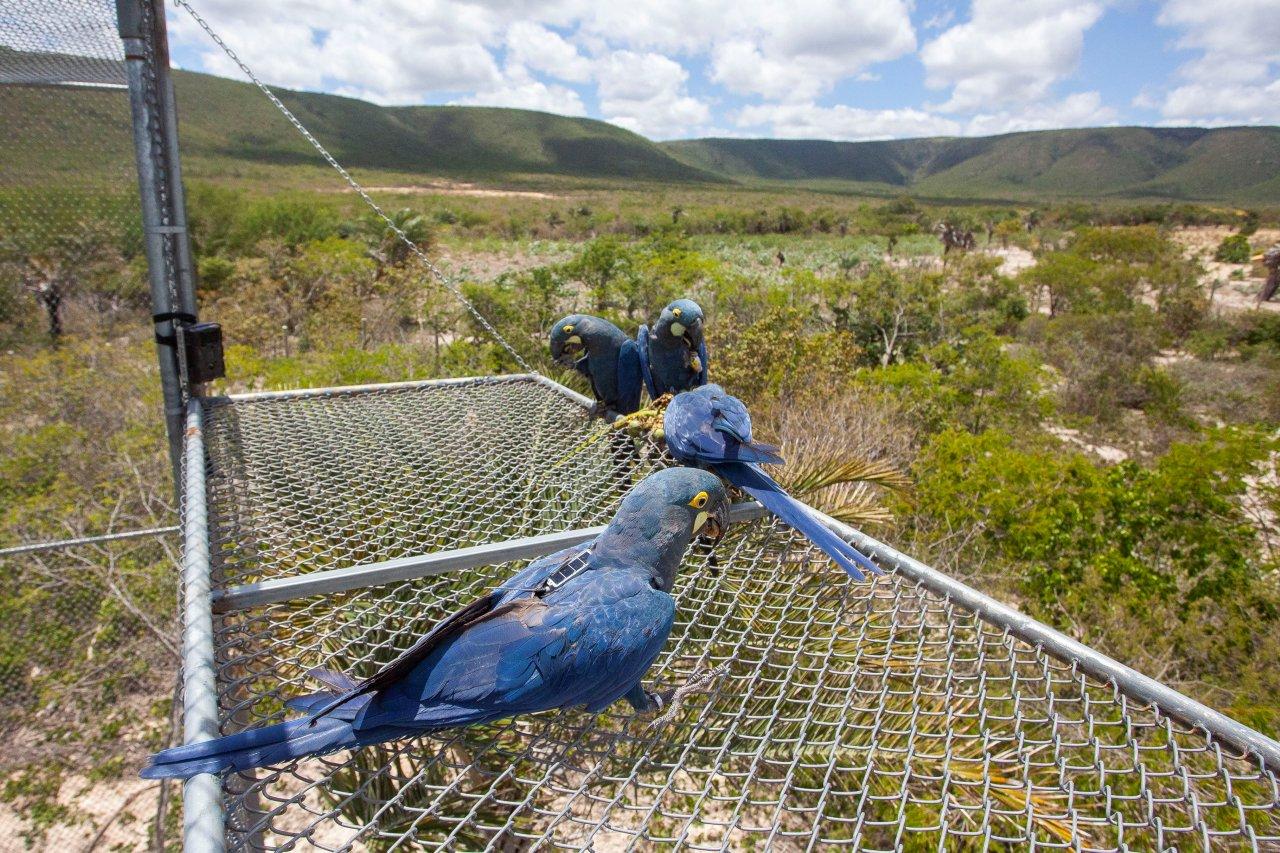 The six macaws spent time adjusting to their new home in an aviary situated in Caatinga (Joao Marcos Rosa).

The latest six individuals to arrive in Brazil spent a period of adaptation in a large aviary based in a natural environment. During this process, several challenges were faced – the birds couldn't adapt to eating the fruit of licuri palm (which the species feeds on) at the same speed as fully wild birds, because they were accustomed to softer food.

Furthermore, there was difficulties with getting the birds to drink natural water. However, all these hurdles were overcome and the six macaws were also trained to increase their cardio-respiratory capacity and to react to sounds of possible predators. Nearby palms were stocked with large bunches of licuri fruits so that, upon release, the birds would encounter a similar setup to the aviary.

In all, the successful release marks a huge breakthrough in the recovery of Lear's Macaw. The birds' integration into the wild will continue to be monitored by Brazilian scientists and experts from the Foundation.