A man who attempted to smuggle 19 rare and endangered bird eggs into the UK strapped to his body has been jailed for three years and one month.

The smuggling attempt was uncovered by Border Force officers at Heathrow Airport on 26 June 2018, when officers stopped Jeffrey Lendrum after he arrived on a flight from Johannesburg.

Lendrum, 57, the self-proclaimed "Pablo Escobar of the falcon egg trade", was wearing a heavy jacket which officers thought was unusual due to the very warm weather conditions. When asked whether he had anything to declare, Lendrum stated he had some "fish eagle" and "kestrel" eggs strapped to his body. During a full search, he was found to be wearing a body belt concealing 19 bird eggs as well as two newly hatched chicks.

Border Force specialist officers identified that the eggs were protected under the Convention on International Trade in Endangered Species (CITES), the import trade for which is controlled by the issue of permits. Officers ensured that both the eggs and the live chicks were kept warm and quickly transported to the Heathrow Animal Reception Centre, managed by the City of London Corporation. The live chicks and the eggs were later moved to a specialist care facility at the International Centre for Birds of Prey.

Lendrum was arrested and the investigation passed to the National Crime Agency (NCA). Lendrum stated during an interview that his intention was to rescue the eggs after he encountered some men chopping down trees containing their nests. However in court, experts stated that a number of the eggs were from species that nest in cliffs. Their values on the black market ranged from £2,000 to £8,000.

At Snaresbrook Crown Court on Tuesday 8 January, Lendrum, who has previous convictions for similar CITES offences in Canada, Brazil and Africa, pleaded guilty to attempting to import the 19 bird eggs.

Grant Miller, head of the national Border Force CITES team at Heathrow, said: "My officers are experts in their field and, in this case, their vigilance has stopped a prolific wildlife criminal in his tracks. Their intervention also ensured that the birds and eggs received the immediate care and attention that they needed.

"Wildlife crime is a global issue and Border Force officers play a crucial role in preventing offenders from moving the products across borders, stripping them of their illegal profits. We will continue to work closely with enforcement partners such as the NCA to tackle the international illegal wildlife trade which threatens the survival of endangered animals and plants."

Chris Hill, NCA investigations manager Heathrow, added: "This offence was clearly no accident as Lendrum had gone to great lengths to both source and then attempt to conceal the birds eggs. His claims that he was engaged in an effort to save them from deforestation did not hold water.

"Wildlife crime is a cynical business, indulged in by those who have no qualms about the environmental damage they cause as long as there is a profit to be made. This case sends a clear message that we are determined to bring cases like this before the courts." 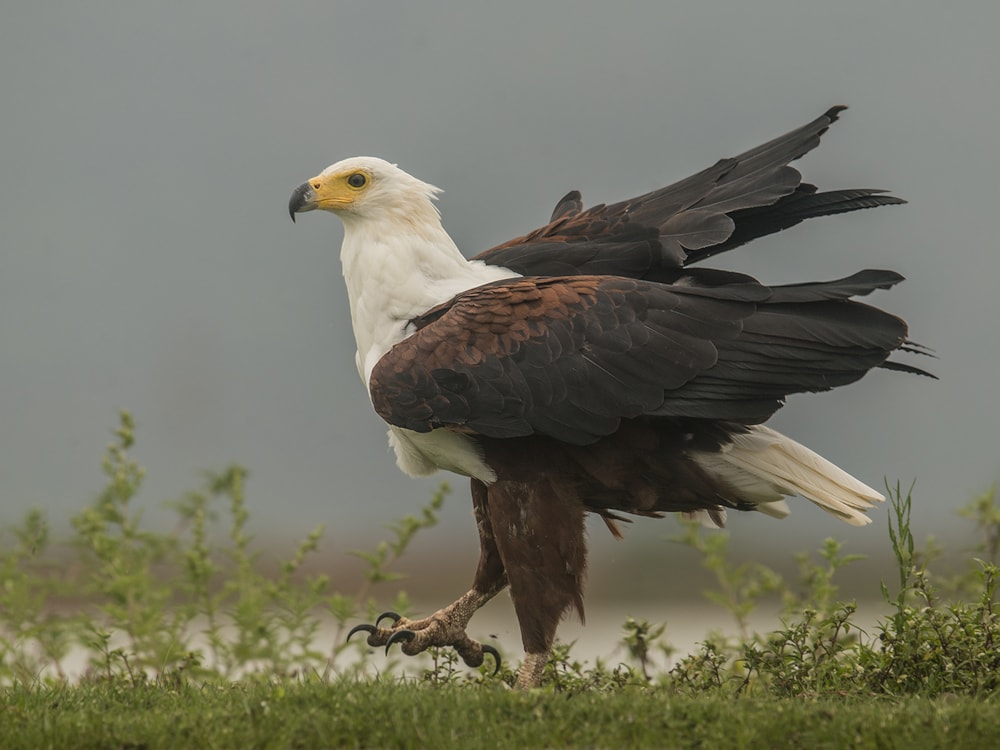 When stopped, Lendrum claimed that some of the eggs he was carrying were from African Fish Eagle (Jamie MacArthur).

The importation of endangered species into the UK is strictly controlled by CITES, which is an international agreement covering more than 35,000 species of animals and plants. The Heathrow-based Border Force CITES team are specialist officers who work across the UK and who are recognised as world leaders in their field.

Anyone with information about activity they suspect may be linked to smuggling and trafficking of any kind should call Crimestoppers on 0800 555 111.