A White-tailed Eagle chick has successfully hatched in Orkney for the first time in more than 140 years, RSPB Scotland has announced.

A single hatchling has been seen at the nest, which is on the island of Hoy. However, local RSPB Scotland staff, who have been watching the eagles, believe that the parents' behaviour suggests there may be two youngsters.

Sometimes colloquially known as 'sea eagle', White-tailed Eagle was wiped out in the UK when the last bird was shot on Shetland in 1918. Following a reintroduction programme which began in the 1970s, however, the species is once again thriving in Scotland. Five years ago, the birds reappeared in Orkney after an absence of almost a century.

A pair has been seen around Hoy every year since 2013, but nesting attempts in 2015 and 2016 were both unsuccessful, a common occurrence for young parents. This is thought to be the adults' first year and nesting attempt together, with the female from previous years having paired up with a new male. 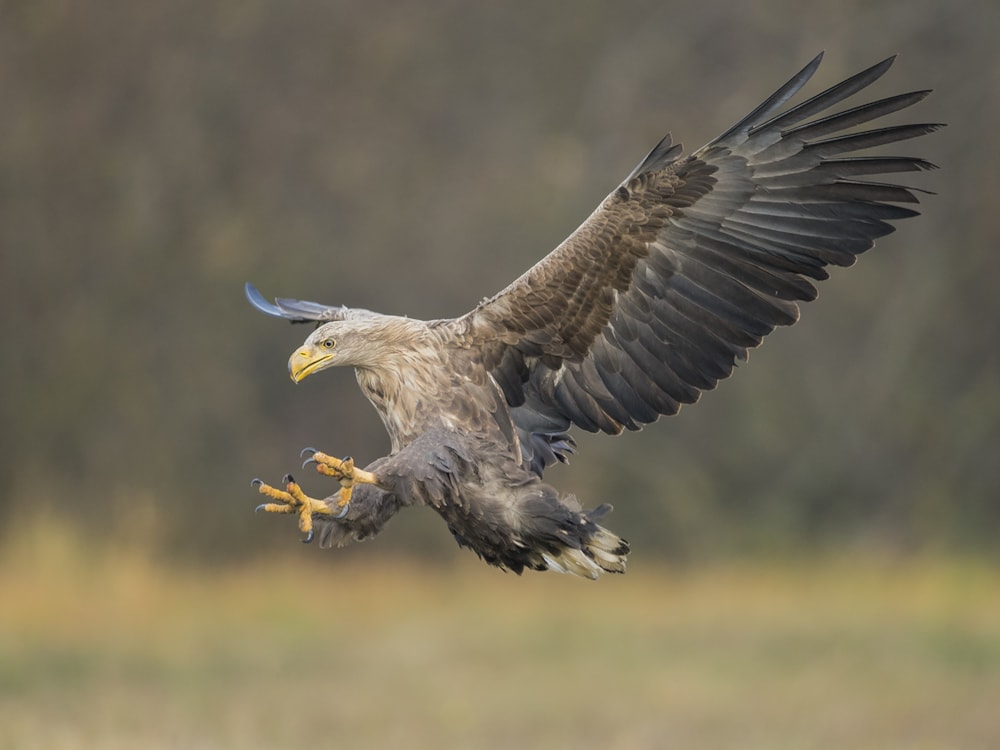 The successful hatching of at least one White-tailed Eagle chick on Hoy represents the first breeding record for the islands in more than 140 years (Jamie MacArthur).

Lee Shields, RSPB Scotland's Hoy reserve warden, said: "It's fantastic that the eggs laid in spring have hatched, the first successful breeding season here since the 19th century. This breeding attempt is still at the early stages, with young often in the nest for up to 14 weeks. Everybody was so excited when the first pair arrived and we've been keeping our fingers crossed for this ever since. We were hugely disappointed when a previous pair abandoned the territory last year, so to have at least one chick now is even more special.

"Even though they hadn't nested here since 1873, White-tailed Eagles have long been associated with Orkney's natural and cultural heritage. Our RSPB Scotland reserve in Hoy is already home to Hen Harriers, Great Skuas, Red-throated Divers and more, so to see the eagles return backs up just how special this environment is. Now we're just hoping that the chicks do well as it's always uncertain with first-time parents."

After the last White-tailed Eagles in the UK were extirpated in the early 20th century, 82 birds were reintroduced from Norway between 1975 and 1985. They first bred successfully in 1985 on the Isle of Mull and established territories on a number of islands on the west coast. Additional releases in Wester Ross and Fife in subsequent decades further expanded their range and Scotland now holds more than 100 breeding pairs of the UK's largest bird of prey.

It is not known whether the pair in Hoy are from the Scottish mainland or if the birds have travelled from Scandinavia. The nest, known as an eyrie, is perched high on a cliff face well hidden from the naked eye. RSPB Scotland is running 'Eaglewatch' every day in the nearby Dwarfie Stane car park to allow people to see the new parents and their young without disturbing them. Another male eagle has also been observed on the island and is estimated to be around three years old.