The breeding population of Purple Heron in The Netherlands hit a new record high in 2020 according to the latest data from Dutch conservation organisation Sovon, with almost 1,100 occupied nests confirmed.

In a similar vein to the rise of other ardeids in north-west Europe, notably Great and Western Cattle Egrets, numbers have shown an uninterrupted rise over the past couple of decades.

Historically, Purple Heron was a numerous breeder in The Netherlands – in the 1970s, around 900 pairs were logged nesting in the country, before a decline through the '80s saw the breeding population slump to around 220 pairs in the early '90s. Reasons for this were cited as a combination of habitat deterioration on Dutch breeding grounds and prolonged drought in its Sahelian wintering area. 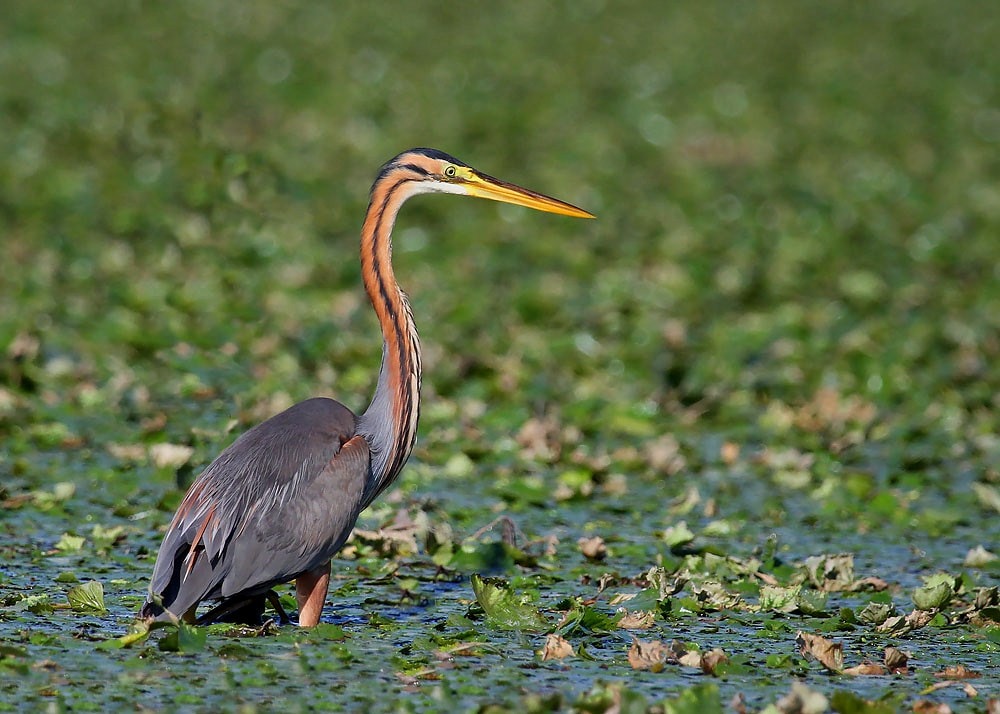 Purple Heron enjoyed a record breeding season in The Netherlands in 2020, with close to 1,100 pairs noted (Richard Smith).

Habitat restoration and improvement in The Netherlands, as well as wetter years in the Sahel, saw a recovery gather pace throughout the Nineties and the species hasn't looked back since, with a steady increase noted to the present day. Close to 1,000 breeding pairs were noted in 2016; a slight drop in 2017 was followed by a consolidation of the population at around the 1,000-mark in 2018 and 2019.

Breeding Purple Herons arrive back in The Netherlands in April, before departing south again in August and September – sometimes in large visible movements if weather conditions are suitable. Up to 30 sites have hosted breeding birds in the country, most in the low moor areas of Friesland, Overijssel and Groene Hart. The largest colonies, such as those at Nieuwkoopse Plassen and Zouweboezem, can hold up to 200 pairs in some years. In 2020, no fewer than five different colonies totalled between 148 and 180 nests.

In Britain, Purple Heron remains a scarce migrant and summer visitor, with just a handful of recorded breeding attempts. However, given the recent rise of the population across the North Sea and the improvement and expansion of wetland habitats, particularly across southern and eastern England, it seems likely that the species will continue to increase in its regularity here, and that further nesting attempts will follow.