The RSPB is urging people not to think all fungi are bad. The wildlife charity has admitted it fears fungi could get a bad reputation following recent headlines about ash dieback, the tree disease caused by a fungus called Chalara fraxinea. Martin Harper, the RSPB's director of conservation, said: "Fungi are an important but unappreciated part of our world. Many of them are beautiful, some have intriguing smells — but most are quietly recycling nutrients and helping to run the planet without us noticing them. They're a diverse group of living things and they do vital stuff that benefits the whole ecosystem. Without them, many plants and animals would not be able to exist. Native fungi, which are part of an ecosystem and have evolved with it, are vital to its functioning. Even those that cause disease can be important in controlling populations of plants or animals, and many insects that need dead wood depend on fungi to provide it. Fungal diseases are actually part of healthy woodlands and many of our most-threatened woodland species are those that depend on the rot and dead wood they cause. The problems come when a new, non-native fungus arrives suddenly, like Chalara." 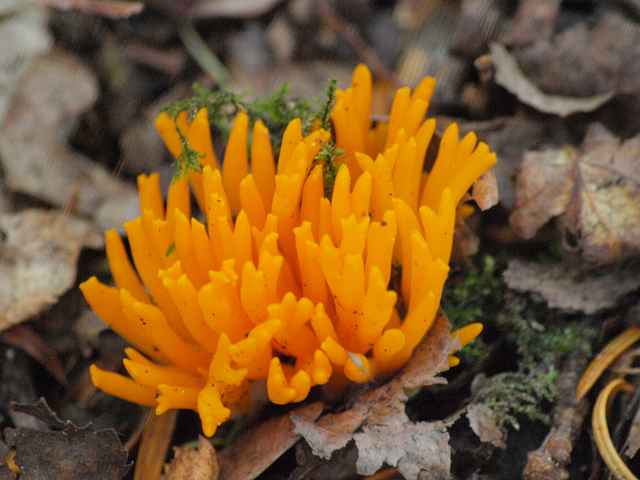 The UK has at least 14,000 species of fungi. Around 4,000 are mushrooms or other large fungi and the rest are tiny moulds, mildews, smuts, and rusts. Fungi are neither animals nor plants. They share characteristics of both groups, being largely immobile, like plants, but unable to make their own food and so having to eat, like animals. They live on, in, and around the plants and animals that provide their sustenance. "So the issue is not with fungi, even those that cause diseases: it's non-native species that make the problems and that's why we need much tougher bio-security measures across Europe," continued Martin.

Many fungi are named after what they most resemble, often with a comical result: Chicken of the Woods, Common Bird's Nest, Nail Fungus, Mosaic Puffball and Devil's Tooth are just a few examples. Smells feature prominently in the fungal world. There are mushrooms that smell of aniseed, cucumber and salmon sandwiches, fruit bubblegum, crab paste, and curry powder. Probably the most easily recognisable fungus in the world is the Fly Agaric Amanita muscaria. The bright red mushroom with white spots features in children's books, cartoons, and folklore throughout the Northern Hemisphere. Peter Marren, author of the book Mushrooms: The natural and human world of British fungi, commented: "Fungi are as vital to our existence as plants. Without fungi we would have no antibiotics, no bread and no alcoholic beverages. We would be up to our necks in dead leaves for as long as the trees survived, which wouldn't be very long. They form a significant part of the web of life and of species biodiversity: there are more kinds of fungi than all green plants put together. The disease called ash dieback is nothing to do with nature. It was brought here by human beings blundering about, not by natural processes. Oh, and it is no more closely related to mushrooms than we are to beetles."

The RSPB has recorded over 3,400 fungi on its sites. About a quarter of the species known from its nature reserves are fungi. Minsmere, Abernethy, and Tudeley Woods are the best RSPB reserves when it comes to fungi — each have more than 1000 species recorded.