RSPB Scotland is appealing for information following the discovery of the body of a Hen Harrier found to have been shot, as well as the sudden disappearances of two further satellite-tagged birds.

A member of the public found the dead female harrier on a grouse moor on the Dumfries-South Lanarkshire boundary near the village of Wanlockhead on 7 June 2019. A post mortem examination of the body by vets confirmed that the bird had died as a result of "penetrating trauma" injuries of unknown cause, with shooting a possibility. The examination also showed that the bird had previously been shot, with a shotgun pellet recovered from the left breast muscle. An investigation by Police Scotland has not identified a suspect for the bird's shooting.

The two harriers to have disappeared in suspicious circumstances were fitted with satellite tags under licence by the RSPB's Hen Harrier LIFE project team in summer 2019 while they were still in the nest. Romario, a young male, fledged from a nest on National Trust for Scotland's Mar Lodge Estate, while Thistle, a young female, was tagged on an estate in Easter Ross. 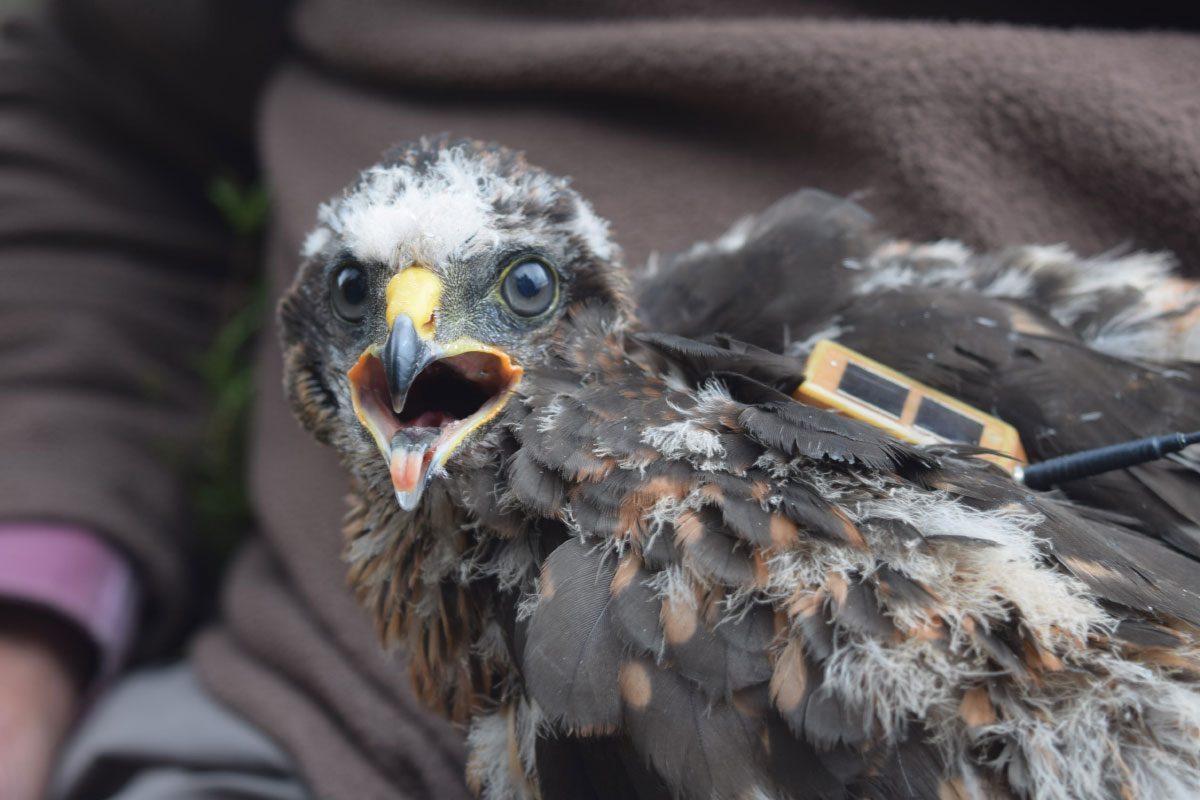 Romario is fitted with a satellite transmitter at the nest in summer 2019 (RSPB Scotland).

Romario was last recorded on 11 September on a grouse moor between Tomintoul and Grantown-on-Spey, while the last transmission from Thistle's tag was received on 12 October, from another grouse moor, in east Sutherland. Satellite tags are highly reliable, so sudden stops in transmission give immediate cause for concern.

Since the birds fledged the tags had been tracking their movements as they set out on their own. Romario had made his way slowly north, spending time in western Aberdeenshire, before moving into Moray. Thistle, who had been named by the children of Sunnyside Primary School in Glasgow, headed west to into Strathoykel for almost a month before journeys to the east and north of here. She then returned to Strathoykel, before again heading east prior to her disappearance.

This appeal for information follows the suspicious disappearance of another Scottish harrier tagged by the project, which is being investigated by Northumbria Police – Ada hatched and was tagged in the Scottish Borders this summer and was last recorded in the North Pennines in England, an area notorious for bird of prey persecution. When she first fledged she had spent some time in lowland East Lothian before heading south. Her tag's last transmission, on 10 October, came from a grouse moor area near Allendale, Northumberland. RSPB England issued an appeal for information about her last month.

Despite laws to protect the species, Hen Harrier remains one of the UK's rarest and most persecuted birds of prey. From satellite tagging data they are known to be 10 times more likely to be illegally killed over grouse moors where the land is managed specifically to raise artificially high numbers of Red Grouse, which are then shot, than any other land use.

Studies suggest there are only around 575 pairs of Hen Harrier remaining in the whole of the UK and Isle of Man. The vast majority of these pairs (460) are in Scotland, making the population here crucial to the future of this species in the UK. 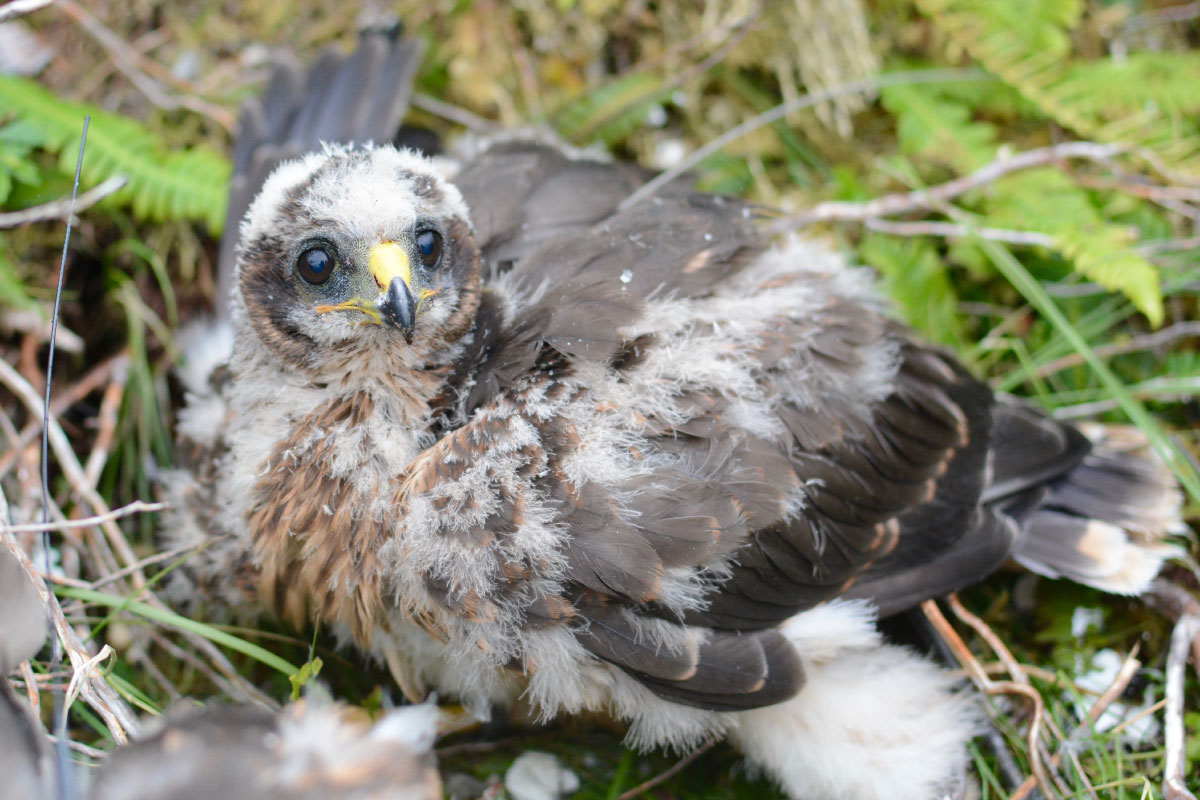 Thistle, a young female, at the nest with her satellite transmitter clearly on show (RSPB Scotland).

Dr Cathleen Thomas, RSPB's Hen Harrier LIFE Project Manager said: "We're devastated to have lost more young birds in suspicious circumstances. The UK's Hen Harrier population is in such a precarious position it means that every bird really does count and to have these ones disappear at such a young age is really concerning. Sadly, incidents such as this have become common place for our project with tagged Hen Harriers disappearing at alarming regularity every year, and it's really worrying that a young female bird has been shot."

Duncan Orr-Ewing, Head of Species and Land Management at RSPB Scotland said: "The project satellite tags don't stop transmitting if a bird dies of natural causes. To have them go offline suddenly and without warning strongly suggests the Hen Harriers have been the victims of crime, as in the case of the shot bird. Scotland is leading the way in the UK in terms of legislation to tackle bird of prey persecution, but continuing incidents such as this show that existing measures are not enough. There needs to be robust regulation of driven grouse shooting if crimes against some of this country's incredible wildlife are to be brought to an end."

If anyone can provide information about these incidents or any illegal persecution of birds of prey, please contact Police Scotland on 101, or call the RSPB's confidential raptor crime hotline on 0300 999 0101.