Dozens of trees have been chopped down at a Waxwing hot-spot in Hessle, East Yorkshire.

The land on a grass bank behind the Sainsbury's supermarket on Priory Way has been completely cleared, removing the birds' favoured rowan trees.

The spot was a regular haunt of the scarce winter visitor, which has been recorded in Sainsbury's car park – or across the road at the Aldi superstore – on several occasions during influxes over the past couple of decades. Most recently, up to 25 birds frequented the site between November 2018 and January 2019, gorging themselves on the plentiful available rowan berries and attracting a steady stream of admirers throughout. 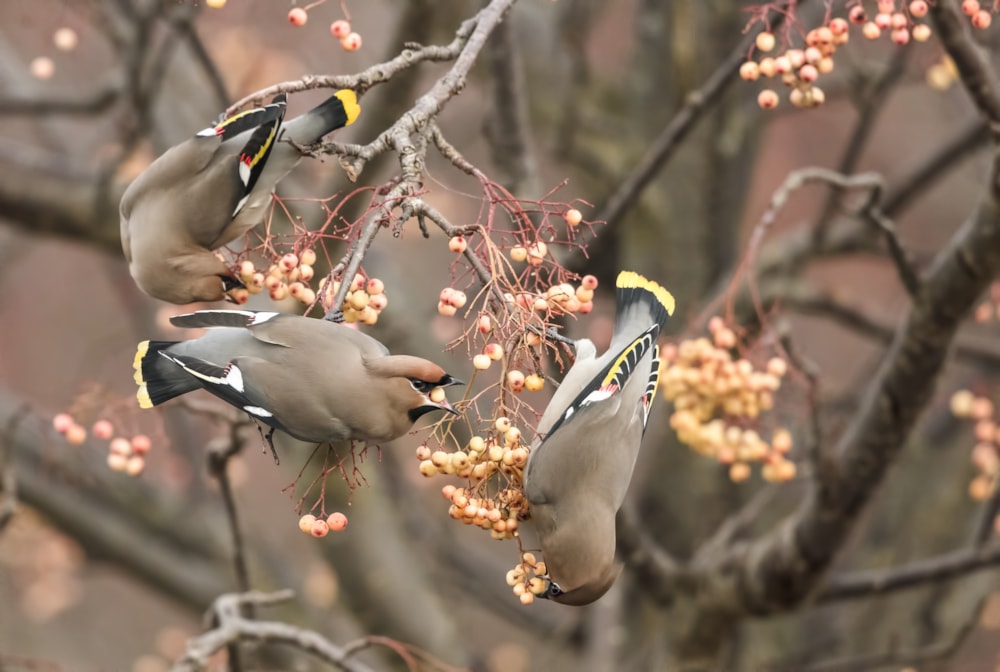 These Waxwings were photographed at Priory Way, Hessle, in December 2018 – but the rowan trees on which they relied have recently been chopped down (Andrew Brown).

This has upset some local birders and conservationists, but it was confirmed that the reason behind the move is to allow for road-widening work to commence as part of Hull City Council's continued investment in infrastructure around the A63.

The council has also promised to replant trees of the same species, including rowans, in the future as compensation for the lost habitat.