River users at Beaulieu, Hampshire, have been warned not to land on a site known as Gull Island after two chicks born to a rare and undisclosed species of bird died when their nest was disturbed.

Gull Island has traditionally supported several thousand pairs of breeding Black-headed Gulls and the colony is famous for being the site where Mediterranean Gull first successfully nested in Britain in 1967. Terns – including Little – have bred, but are sporadic.

It is illegal for people to set foot on the island, but Beaulieu Estate owner Lord Montagu said some had been ignoring the rule – even having barbecues – which has had tragic consequences for some of the wildlife there. He said: "If a nest is disturbed, the parents will leave it until they perceive the threat has gone.

"Unfortunately, the people having the barbecues would have been on the island for several hours, during which time the chicks were unattended. They became dehydrated and died. The warden who found them reported that the parents did not realise what had happened and very sadly continued to keep bringing food back to the nest for them. They are a very rare species of bird, which makes it all the more tragic." 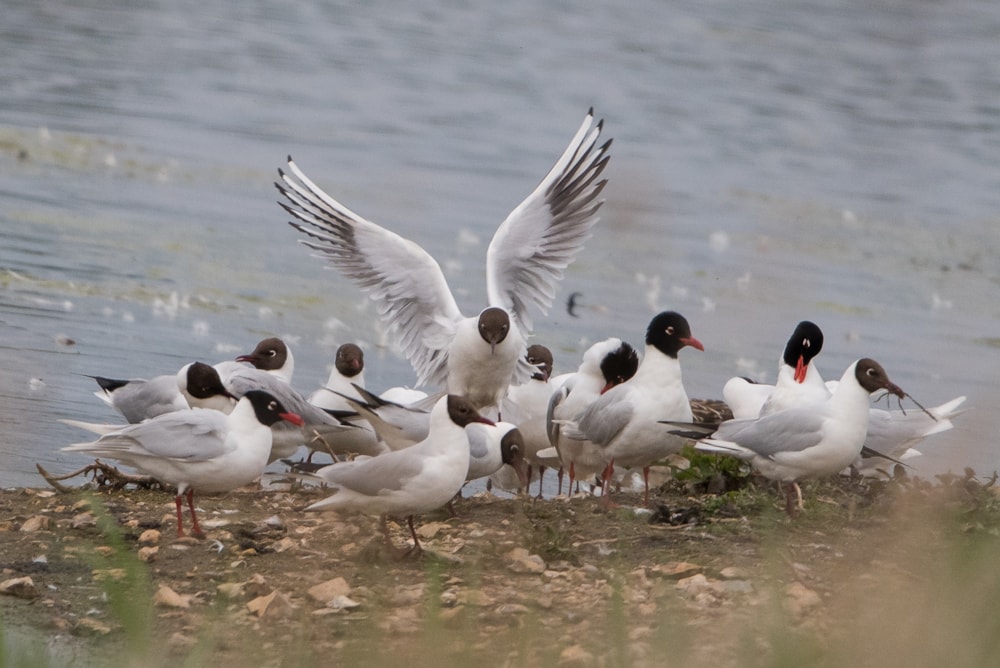 Gull Island in the Beaulieu Estuary is known for a colony of breeding Black-headed Gulls which are, on occasion, joined by Mediterranean Gulls (Jim Mountain).

The island is part of the North Solent Nature Reserve as well as being a site of special scientific interest and a special area of conservation. Lord Montagu said that in the past people had on rare occasions landed on the island but most responsible river users knew that it was illegal to do so. He did not want to reveal the species of bird affected for fear of attracting further attention to the spot.

He said he believed that the people who had gone onto the island may have been inexperienced paddleboarders who did not realise what they were doing was wrong. He added: "I can understand people getting frustrated during the lockdown and wanting, when the restrictions were relaxed, to get out into the fresh air.

"There has been a huge increase in the use of paddleboards and unfortunately I think some less experienced users are just ignorant of the fact that the island is a protected area. There are signs there, but this was not enough, sadly. I am not saying that what happened to the chicks was deliberate, it was more a case of ignorance."

Lord Montagu said the situation had been exacerbated by the fact that all the Natural England staff who normally patrol the area had been furloughed during the pandemic. Natural England wardens who returned to work this week found the chicks and the discarded barbecues.

There had also been numerous reports from local residents about the misuse of the river, including people swimming, fishing without permits and the launching of watercraft from unauthorised areas. The viewing hide on the Beaulieu to Buckler's Hard footpath has also been vandalised and used as a public convenience.