In the consultation over the future of England's forests, the RSPB believes that its idea for the creation of a Forest and Wildlife Service — merging the conservation and heritage elements of the Forestry Commission and Natural England — has much to commend it. 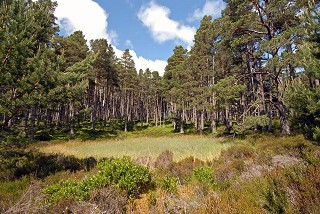 Abernethy Forest (photo: Paul Bingham).
The RSPB will be suggesting the creation of such a service in its response to the Government's consultation on the future of England's public forest estate. The proposal would mean that iconic 'heritage forests' could remain in the public sector, whilst enabling government to overcome the current regulatory conflict of interest. A Forest and Wildlife Service could sit alongside, or within, a reshaped Natural England and include the current regulatory functions of the Forestry Commission.

Dr Mark Avery, RSPB's Conservation Director, said: "Surely we should use the consultation to think deeply about the future role of the state in forestry as a business, and land management as a public service. Why not separate the truly commercial forests from the ones that are primarily of heritage value and change the remit of the Forestry Commission to deliver those social and environmental aspects for which people are now crying out? The Forestry Commission delivers a mix of economic, environmental and social benefits. But in the real world, the Treasury has a stranglehold, and the Commission has to deliver a financial return which means acting like a business a lot of the time, rather than a public service." 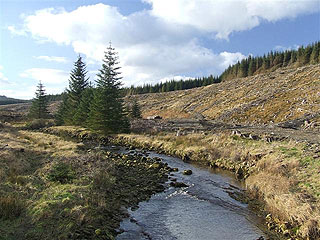 Kielder Forest (photo: Mick Greenwood).
"Let us recognise that many of the very best and most culturally valuable of our state-owned or state-managed forests cost us money, and always will, and let's decide that is money we are happy to pay. But let's fund the delivery of beautiful forests, which we can enjoy, from the sale of some of the ugly industrial conifer forests that are also ours. In the FC we have the business of making money from timber too mixed up with the public service of delivering beautiful forests. And too often the money wins out in the end."

The RSPB believes that a Forest and Wildlife Service that delivers natural beauty for the public is an increasingly good idea. Dr Avery added: "It is likely that many within the Forestry Commission could accept this proposal too. Its staff are efficient and capable land managers with quite a gift for dealing with the public. Natural England staff have more of the scientific expertise, see a bigger environmental picture and have greater biodiversity expertise. Is this a marriage made in heaven?"

"Let's emancipate our state lumberjacks — they have nothing to lose but their chainsaws."

The Government must be more ambitious when it comes to protecting and restoring wildlife rich woodlands. That's the message from the RSPB following the announcement that a consultation into selling off Forestry Commission land is to be scrapped.

The massive public opposition to the proposed sale has shown how passionate people are about our iconic natural landscapes. The Government must take this on board and ensure that our heritage forests are better managed in future and areas of heathland and native woodlands that have been defaced by commercial conifer plantations are properly restored to their former glory. 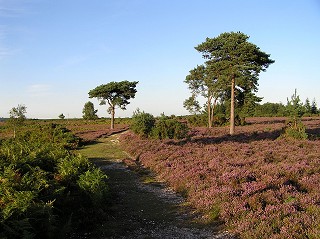 Red Shoot Plain, New Forest (photo: Charles Cuthbert).
Mark Avery, RSPB Director of Conservation, said: "The really positive thing that has come out of this whole debate is that the Government has been given a clear message of how much people care about the wild green spaces on their doorsteps. If they choose to drop plans for a sell off then that is fine by us, but they cannot now walk away from this mess and allow the status quo to continue. The Government has now scrapped its consultation, so how can we now have our say on the future of our publicly owned land?"

"The Forestry Commission estate includes large areas of commercial conifer plantations, but it also features some of our most treasured native woodlands as well as areas with the potential to be restored to wildlife-rich habitats such as lowland heathland. The Commission's role as a commercial forester and as a guardian of wildlife is an odd mixture and it cannot last. We welcome the setting up of an expert panel, and the RSPB would be keen to play a part in its work. The panel will need to examine the role of the Forestry Commission to decide whether its current remit is well suited to the delivery of public access and a richer wildlife in our publicly owned forests, heaths and grasslands."

"One of the options that the panel should consider, which has growing momentum with conservationists and foresters, is the creation of a Forest and Wildlife Service whose remit would include providing a much better future for our forests and the wildlife that depends on them."