Buzzard freed after getting caught in fishing line

A Common Buzzard had to be freed by firefighters after it got trapped in fishing line snagged on a tree in Kent.

The bird had become tangled in the line near Reed Pond in Canterbury and was unable to free itself. Thankfully, the fire service was on hand to rescue the raptor. 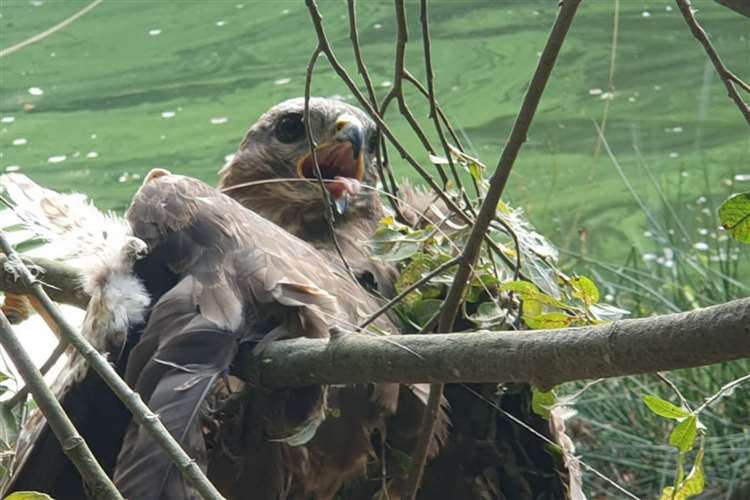 The fishing line had been left tangled up in a tree, only to later entrap the buzzard. The bird was first spotted on the afternoon of Saturday 9 October and fire crews were sent out just before 4 pm.

Crews then used an inflatable craft to get across the water and reach the bird. It was freed from the wire and teams from the RSPCA checked the health of the raptor, before it was returned to the wild.