One of the most important breeding sites for wading birds in northern Britain is to become the RSPB's latest nature reserve thanks to the generous donations of its members. Broubster Leans - a rich and beautiful wetland that has developed on the floodplain of the Forss Water 7 km south west of Thurso - is the latest addition to RSPB's suite of nature reserves in Scotland.

In the past decade, the number of waders in the area has halved from around 100 pairs to just 50. In coming years, RSPB aims to reverse this decline and then increase the wader population to about 250 pairs. The new reserve will also be managed for the benefit of the wide variety of other birds, plants and insects that have made it their home, attracted by its mosaic of wet grasslands, pools, mires and drier pastures. 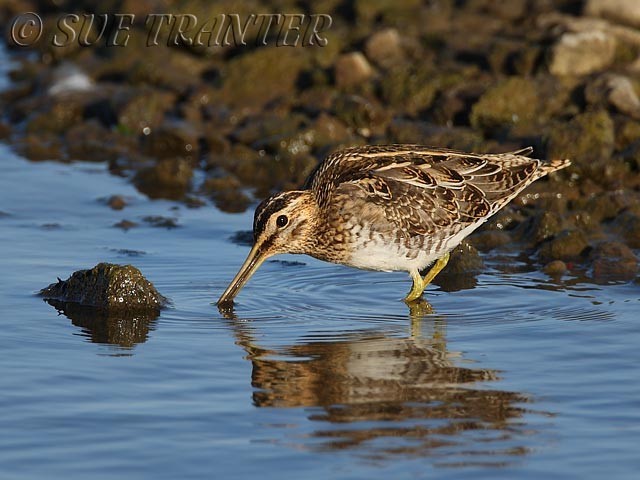 As a result the site is already a Site of Special Scientific Interest (SSSI), Special Protection Area (SPA) and Special Area of Conservation (SAC). Traditional farming, particularly extensive cattle grazing, has been essential in maintaining this mixture of habitats. Throughout the year Hen Harriers, Twite and Short-eared Owls are present; Greenshank, Golden Plover, Lapwing, Snipe, Common Redshank and Common Sandpiper breed on the reserve in the summer months, and in winter it serves as a refuge for two hundred Greenland White-fronted Geese and up to 80 Whooper Swans. Even the rare Spotted Crake and the water vole can be found on the reserve.

The new reserve - 200 ha of which has been bought, with a further 100 ha under a management agreement - forms about one fifth of the total wetland area at Broubster. Management will focus on working with local farmers to improve grazing and cutting of the wet centre of the Leans and to reinstate an arable rotation on the drier parts of the wetland. RSPB hopes that this will demonstrate how sympathetic farming can work in tandem with nature conservation to produce benefits for wildlife, farmers and the future of the countryside. 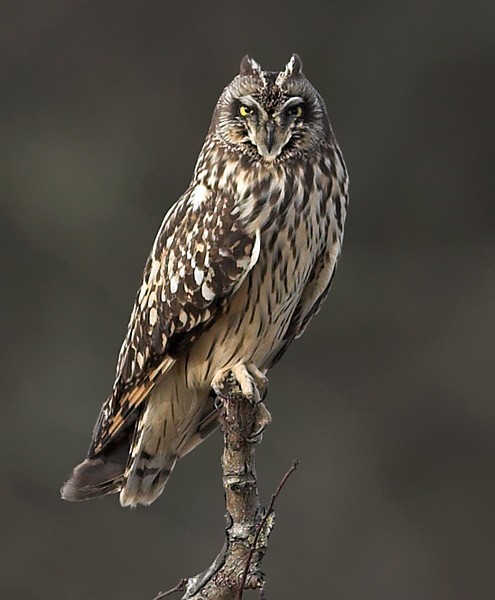 Dr Peter Mayhew, RSPB's senior conservation manager for north Scotland, said: "For many years RSPB has worked hard to acquire a reserve in this magical part of Scotland where some of our best loved species can thrive, so this is a fantastic opportunity for us. “Over the last twenty years we have seen an alarming decrease in some of our wader and farmland bird populations, coupled to the loss of wetland habitat and changes in land management practices.

“At Broubster the delicate balance of pasture, fen and wetland that have been established over centuries of human interaction with the land makes this an exceptional area despite it being one of the toughest farming environments in the UK. Working with local farmers and crofters, we hope to restore the habitats for breeding birds like Lapwing, Snipe and Redshank whilst maintaining the wintering populations of geese and swans. We also hope to bring back the Great Yellow Bumblebee to Broubster, one of the most threatened insects in Britain, a few colonies of which are found close by.”

He added: “Caithness has nationally important populations of waders on a number of different sites scattered throughout the County. Broubster will be a demonstration project to trial new management techniques to help restore these other wetlands, in partnership with local farmers. There will also be a new vacancy for a reserve warden at Broubster to take forward management on this site and throughout the Caithness wetlands. This will be a great opportunity for someone to work for wetlands in the north and create a bright future for wintering and breeding birds”.

The Leans is a 1,500 ha floodplain located about 7 km southwest of Thurso. It is an area of fen/mire/grassland within a farmed landscape – typical of the Caithness wetlands. It is part designated as a SSSI, SPA, SAC, RAMSAR and is part of the Caithness Lochs Important Bird Area. The main notification features are blanket bog, transition mire/quaking bog, breeding birds and wintering wildfowl. The Caithness wetlands have been identified as one of the most important wetland areas in the UK for intensive conservation action by the RSPB.
Login to leave a comment
Return to List