The Birdwatch/BirdGuides-sponsored Twite was seen around its birthplace of Dove Holes Quarry, Derbyshire, in March. The bird was assigned to the team following a donation of £25 to the RSPB's English Twite Recovery Project (ETRP).

Mike Harris contacted the office to say that Twite No 20 had been seen on 24 March at the feeding station at the quarry. He also sent two photos. It's unknown if the bird had remained in the area for the winter or if it had recently returned, as Mike confirmed that they are now seeing several individuals coming back to the quarry.

On 30 March Mike emailed again to say: "Your bird was seen again this morning at Dove Holes in a small flock of 15 birds."

Twite No 20 is the second Birdwatch / BirdGuides bird after the first – named Dwight by our readers – was likely taken by a Eurasian Sparrowhawk, as reported in November last year.

England's Twite population is in trouble. The species is Red-listed as a Species of Conservation Concern in the UK, but it is particularly in danger in England, where it declined by a staggering 72% between 1999 and 2013 to just around 160 pairs, possibly fewer, breeding mainly in the South Pennines and Derbyshire. Monitoring results from 2016 showed continued declines in South Pennines Twite abundance.

The ETRP was launched in 2008 by the RSPB and Natural England to identify the drivers behind this decline and to conserve and eventually increase the species' numbers. The Twite sponsorship scheme was part of a drive by the RSPB to raise essential funds to keep the project going. 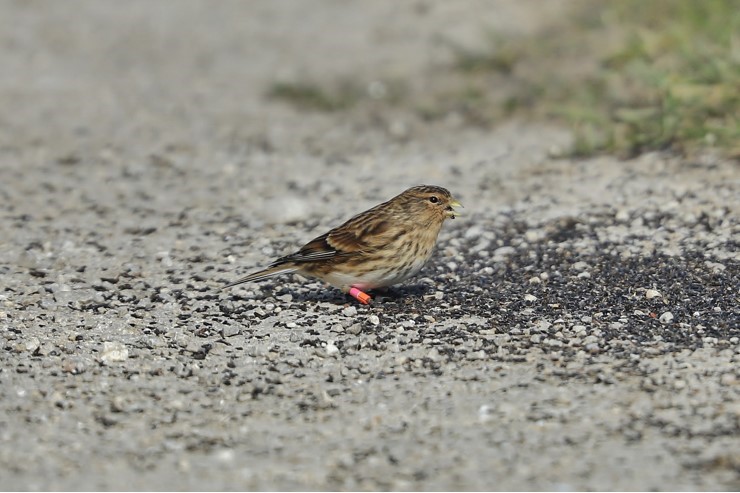 Twite No 20 has been reported from Dove Holes Quarry, Derbyshire.