At least birds think British summers are like the Mediterranean!

Recent British summers may have been a turn-off for human sun-worshippers, but some birds seem to have a different view. The Firecrest is increasingly nesting in Britain, from further south in Europe. However, although the latest report from the Rare Breeding Birds Panel (RBBP) shows that the Firecrest is increasing rapidly, it paints a bleak picture for the Dartford Warbler, which appears to have declined substantially in the last few years because of the harsh winters leading up to 2010.

The tiny Firecrest — four together would weigh less than one ounce — first colonised the UK half a century ago, when the first nest was found in Hampshire in 1962. Since then the population has risen, and the latest report from the Rare Breeding Birds Panel suggests that there may be over 1,000 pairs nesting in Britain, primarily in southern England. Before nesting in Britain, the Firecrest spread gradually northwards in Europe from its stronghold around the Mediterranean. In 2010 — the latest year to be covered by the RBBP report — there were reports of at least 800 pairs of this tiny woodland bird. But, because of its diminutive size, elusive tree-top habits, and its similarity to the more familiar Goldcrest, experts believe there could be well in excess of 1,000 pairs now nesting in the UK, all in England and Wales. 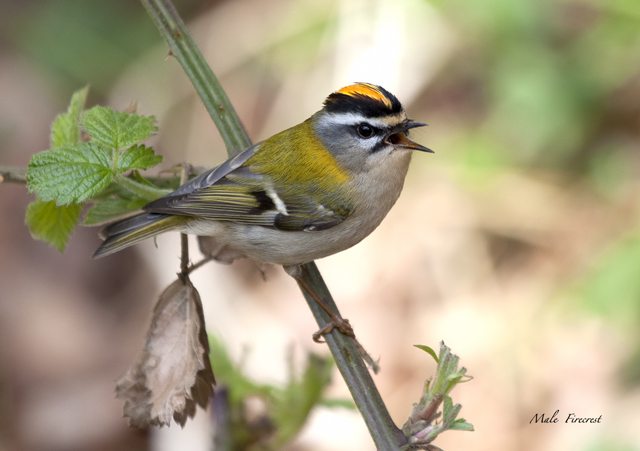 But the RBBP report shows that the Dartford Warbler, also more common further south in Europe, is showing signs of struggling in the UK because of the recent harsher winters. The report shows that the Dartford Warbler has suffered particularly badly in some parts of its range. For example, in 2004 there were almost 1,000 pairs in the Thames Basin and Wealden Heaths, but in 2010 there were reports of just 50 pairs across these areas of Berkshire, Hampshire, Surrey and Sussex. Thankfully, however, the tiny outlying populations in counties such as Norfolk and Staffordshire — away from the larger strongholds on the heathlands of southern England — seem to have survived, preserving the bird's range in England and Wales. Mark Holling, secretary of the RBBP, said: "In the last 50 years there have been a number of species which have nested for the first time in Britain. Some, like the Purple Heron, have only nested once but others, like the Little Egret and Firecrest, have gone on to become established and relatively widespread nesting birds. These shifts shown by some nesting birds fit the pattern of climate change, with species moving from further south in Europe to colonise the UK."

Mark Eaton, RSPB scientist and RBBP chair, said: "Perhaps the Firecrest's success in Britain shouldn't come as a surprise. The warmer summers we've seen in recent decades favour this bird, and during the winter it leaves its nesting sites to winter along the coast of southwest England or on continental Europe, so avoiding the worst of our winter weather. In contrast, the Dartford Warbler stays put on the breeding grounds all year round. It is believed that warmer summers and, until recently, milder winters have allowed them to spread further north in England. But the run of harsh winters look like they are taking their toll on this bird." 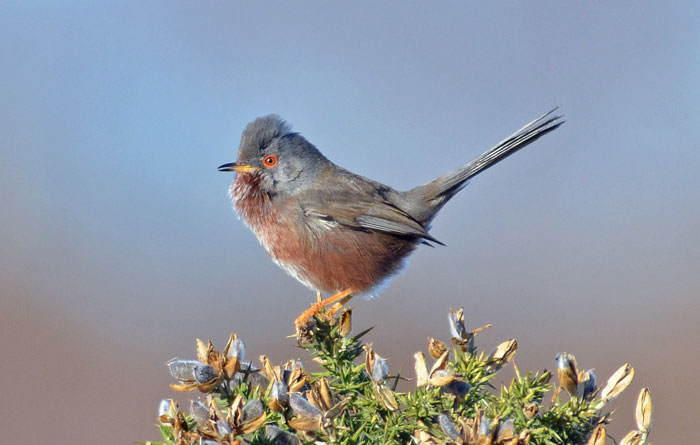 Mark Eaton added: "Sadly, the Dartford Warbler is currently a casualty of the combined double whammy of weather and climate: a changing climate in the south of its range is affecting it, with rapid declines in its Spanish and Portuguese heartlands, while in the north of its range where the summer climate is improving, it is being badly affected by harsh wintry weather." The RSPB has been working to help the Dartford Warbler since the harsh winter of 1962/1963; then there were only a handful of these birds left in Britain. Extensive habitat management to regenerate and improve heathland had enabled a vital recovery of the Dartford Warbler in England, but the impacts of further harsh winters are in danger of knocking the population back at some key sites.

Other notable events featured in the 2010 report include:>

The Rare Breeding Birds Panel report is published in the latest edition of the journal British Birds.