Asian vultures on the brink of a second disaster

For every 1000 White-rumped Vultures occurring in southern Asia in the 1980s only one remains today because of the lethal effects of Diclofenac — a drug used to treat livestock — on vultures. Alarmingly, researchers looking into safe alternatives have now identified that a second livestock treatment in Asia — Ketoprofen — is also lethal to the birds. Vultures feeding on the carcasses of recently treated livestock suffer acute kidney failure within days of exposure. 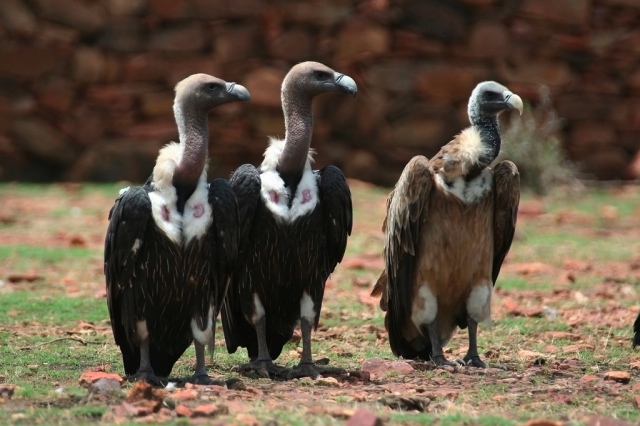 Following this discovery, the RSPB, the Bombay Natural History Society and Bird Conservation Nepal — the RSPB's Indian and Nepalese partners — are calling for tighter controls on the use of this second drug in veterinary use in southern Asia. The organisations are keen to see the promotion of drugs that are safe, and currently the only similar livestock treatment known to have no harmful effects on the continent's vultures or other scavenging birds is Meloxicam. Meloxicam is no longer under patent and is currently manufactured by at least 20 companies in South Asia.

Richard Cuthbert is an RSPB scientist investigating the causes of the declines of three species of Critically Endangered vulture in southern Asia. He said: "From millions of individuals in the 1980s, vultures have simply disappeared from large swathes of India, Pakistan and Nepal and at least three species have been brought to the brink of extinction. The rate of decline of these magnificent birds is staggering. For the White-rumped Vultures, for every two birds alive last year, one will now be dead, and this is all because of the birds' inability to cope with these drugs in livestock carcasses, the birds' principal food source."

He added: "Everyone interested in conservation quite rightly knows about the plight of India's tigers, but in the race towards extinction the vultures will get there far sooner!"

Dr Vibhu Prakash, Director of the Vulture Programme of the Bombay Natural History Society in India, added: "Only Meloxicam has been established as a safe alternative for vultures while at the same time being an effective drug for treating cattle. We would like to see other safe alternatives, but it should be the responsibility of the Indian pharmaceutical industry to test these to determine their safety to vultures." 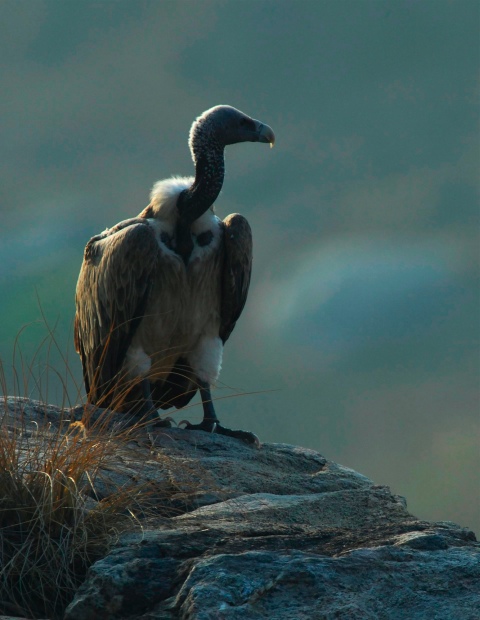 The research, published today [Wednesday 9th December, 2009] in the Royal Society journal Biology Letters, shows that Ketoprofen is lethal to the birds in the dosages that would be administered to livestock to reduce pain and swelling of those animals suffering from rheumatism or arthritis. Worryingly, researchers have already recorded the drug in one in 200 carcasses in southern Asia, with 70% of those occuring in potentially lethal concentrations.

The authors add that Ketoprofen could already be contributing to further declines of the remaining vulture populations caused by Diclofenac, and this is a trend likely to increase if Ketoprofen replaces Diclofenac. In addition to Ketoprofen and Diclofenac, other non-steroidal anti-inflammatory drugs sold by veterinary pharmacies for treating livestock include Meloxicam, Phenylbutazone, Analgin, Nimesulide, Flunixin and Ibuprofen. Just three of these have been tested to determine their effects on vultures. Diclofenac and Ketoprofen cause lethal kidney failure and only Meloxicam is known to be safe.

Three species of griffon-type vulture are facing extinction in south Asia: the White-rumped Vulture; the Long-billed Vulture; and the Slender-billed Vulture. The South African study involved using closely related Cape Griffon and African White-backed Vultures. Both of these species were known to be susceptible to Diclofenac.

Conservation programmes in India, Nepal and Pakistan are now racing against time to save these species, including urgently safeguarding the future of these species through establishing vulture conservation breeding centres, in association with Zoological Society of London. Earlier this year two vulture centres in India, run by the Bombay Natural History Society with the support of India's National and State governments, succeeded in rearing five chicks, including those of the Slender-billed Vulture which had never been reared in captivity before. The aim is to release captive birds back to the wild, but only once Diclofenac and other dangerous non-steroidal anti-inflammatory drugs have been removed from the environment.

The RSPB and the UK Government's Darwin Initiative have been the main funders of research to find safe alternative drugs and to measure levels of Diclofenac contamination in the environment, as well as in partnership with the Indian and Nepalese governments supporting construction and running costs of the vulture breeding centres.