Following the compilation of Britain’s first official Red List of endangered mammals, some 25% have been described as 'at imminent risk of extinction' in the country.

Wildcat, Red Squirrel, Hazel Dormouse, European Hedgehog and Water Vole are among the 11 species at risk. The list has been approved by the International Union for the Conservation of Nature (IUCN) and has been produced for the official nature agencies of England, Scotland and Wales. The destruction of natural habitat, alien invasive species and historic persecution are cited as the main causes of the wildlife declines. 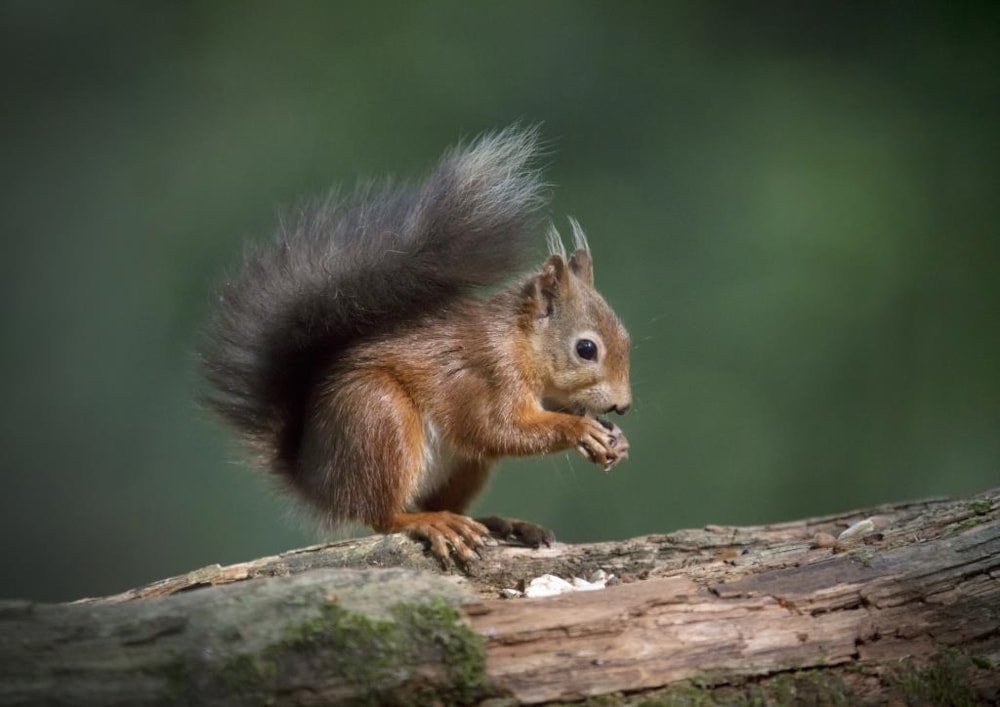 Red Squirrel has lost more than 60% of its range since 2007, mainly due to disease from non-native Grey Squirrels (Henry Szwinto).

A further five mammals – including Mountain Hare – are classified as Near Threatened, meaning they face becoming threatened with extirpation from Britain in the near future. There is not enough data on four other mammals, including Wild Boar and Whiskered Bat, to make an assessment.

"All 20 species need urgent attention," said Professor Fiona Mathews, at the University of Sussex and chair of the Mammal Society, who led the report. "While we bemoan the demise of wildlife in other parts of the world, here in Britain we are managing to send even rodents towards extinction. Things have to change rapidly if we want our children and grandchildren to enjoy the wildlife we take for granted."

Under IUCN rules, the timescale assessed is 10 years, or three generations of animals if that is longer. "The three categories of threat – Critically Endangered, Endangered and Vulnerable – tell you about the probability of the animal becoming extinct within this imminent timeframe," Mathews said.

Tony Juniper, Chair of Natural England, said: "This is a wake-up call, but it is not too late to act. We are working with our partners to recover our threatened and widely loved mammals, including licensing the reintroduction of beavers into England, and supporting the recovery of dormice and Grey Long-eared Bat, but there is so much more to do.

"Central to the recovery of these and other creatures will be the protection and restoration of large areas of suitable habitat."

There are four bats on the British Red List, including the Endangered Grey Long-eared Bat, which now numbers just 1,000. It depends on meadows, which have declined by 97% since 1945. Hazel Dormouse, which is nocturnal and climbs trees in search of hazelnuts, berries and insects, is classed as Vulnerable due to loss of habitat. European Hedgehogs have also lost their hedgerow homes and their numbers have approximately halved since 2007.

The numbers of Critically Endangered Wildcats and Endangered Eurasian Beavers are at very low levels due to historical persecution. Reintroductions can help reverse this, with beavers readily breeding in the wild nowadays. Invasive species have also severely harmed native mammals – Red Squirrel has lost more than 60% of its range in the last 13 years, mainly due to disease from Grey Squirrels. Water Voles have declined due to the escape of American Mink into the countryside, as well as loss of riverside habitats.

Mathews warned that species not on the Red List may still be in trouble. The range that a species occupies is often known, but frequently there is little or no data on the actual numbers of animals, which could be falling rapidly. "Weasel probably should be on the list", she said.