A Gong For Barclay

Dilys Breese was a pioneering producer of BBC natural history programmes on radio and TV. The Living World, Wildlife on One and The Natural World are some of the series on which she worked. Many people will remember the award-winning film Meerkats United (1987) on which she was executive producer. Less widely known is her work for the British Trust for Ornithology. She became a council member in 1973 and was honorary secretary from 1998 to 2001. In 1983 she became the first recipient of the BTO's Golden Jubilee medal for her outstanding service to the Trust.

Following Dilys Breese's recent death, the BTO has imaginatively used her bequest to establish an annual award scheme to recognise outstanding communicators who help to deliver BTO science to a new audience. On the evening of 23rd November, luminaries from the world of ornithology gathered at the House of Lords for presentation of the first six Dilys Breese BTO Medals to inaugurate the scheme. Among the recipients was none other than our very own Fiona Barclay. 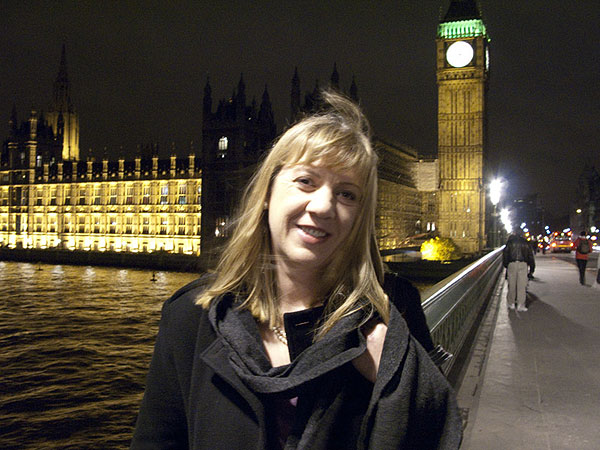 Fiona's citation reads: "Fiona Barclay of BirdGuides has encouraged the BTO's efforts to promote itself online. She has been interested in the development of BirdTrack and has given a huge boost to the image of ringing, producing short videos about the work of volunteers". The medal itself is very handsome, with a design by Robert Gillmor (famous illustrator of New Naturalist book jackets for the past 25 years) appropriately showing a Robin perched in front of a TV screen. Or perhaps in Fiona's case it is a computer screen. 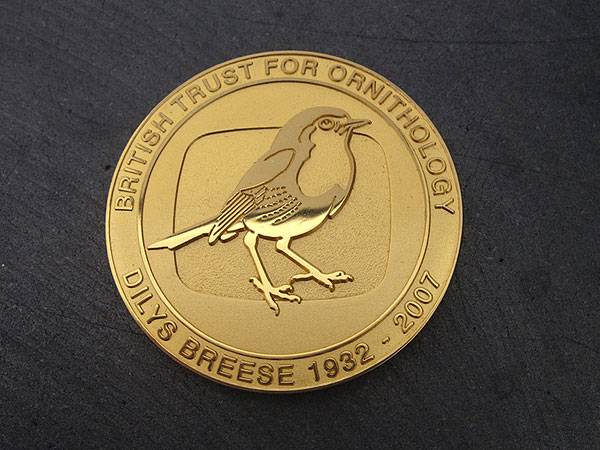 The ceremony took place in the River Room, notorious for its glamorous though costly green wallpaper. This magnificent venue was made possible thanks to Baroness Young, President of the BTO, who presented the Medals. The other five medallists were Stephen Moss, Brett Westwood, Stuart Winter (pictured with Fiona), Tony Soper and Ray Collier. 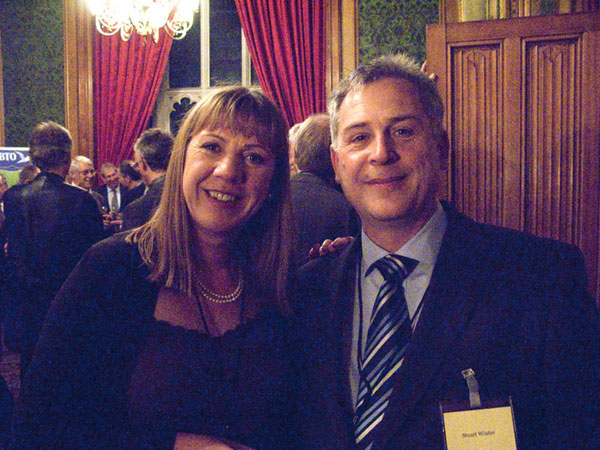 You can read more here. Congratulations to all the recipients and many thanks to the BTO for a memorable evening.