The occurrence of Saunders' Tern in the Western Palearctic has long been shrouded in mystery. In fact Birdlife International describes this 'poorly known species' to breed along the Red Sea south to Socotra (Yemen) and Somalia, as well as around the Persian Gulf to northwest India. But they then go on to say that 'the location of its breeding colonies is mostly unknown'. There are to date three accepted records (of four birds) from Israel, while individuals suspected of being this species have been seen in the summering Little Tern flock at Eilat on a couple of occasions too.

However, if Saunders' Tern is a Red Sea breeder within the Western Palearctic, then Egypt is the obvious choice as to where it should be occurring. It has high densities of seabird colonies (predominantly White-eyed Gulls, Bridled and White-cheeked Terns) and there have been several reports of birds from scattered sites over the years, including Tawila Island off El Gouna as well as from the town of Suez.

So, roll on to July 2012. Egyptian ornithologist Mohamed Habib, who lives on the Mediterranean coast of Egypt where Little Terns are regular breeders, was out surveying a large sand spit in southwest Sinai and came across some 'Little Terns'. He took some photographs, noting that there was something odd about the birds, and continued with his work counting eight birds in total. Having written up his findings over the winter, and asking for some advice, Mohamed circulated his photos to a number of people and Frédéric Jiguet was first to suggest that these birds could be Saunders' Terns. Everything looked very good, with the leg colour more subdued that Little Tern, a rectangular forehead patch with the position of the eye well within the black, as well as the contrast of extensive black outer primaries and an extensively dark-tipped bill. The only issue was that Mohamed's photos were all of birds on the ground, so getting any feel of the rump and tail coloration was not possible. 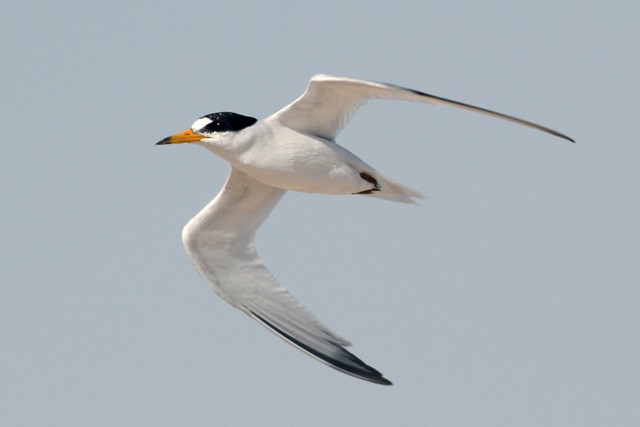 Though this was enough for nine birders (from Belgium, Finland, France, Switzerland and the UK), including me, to travel to Egypt in July 2013. Along with 'gettable' Chestnut-bellied Sandgrouse in the Nile valley, the real prospect of seeing Saunders' Tern in the Western Palearctic was a major draw and so Mohamed once again arranged access to the sand spit near Ras Sudr, southwest Sinai, for us. 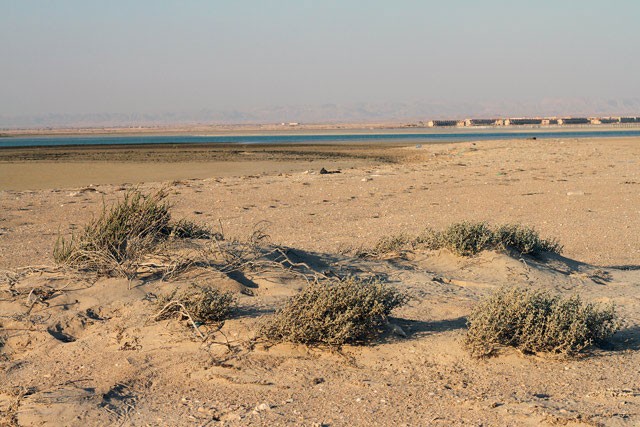 After a ride along a rickety pier, guarded at the end by the Egyptian army, we headed onto the sand spit and immediately clapped our eyes on the terns in question. To those familiar with Little Tern vocalisation, these birds were calling differently: stronger, disyllabic with a slight Common Tern feel. And being able to approach the birds at close range, it wasn't long before the first photos illustrating the concolourous mantle, rump and tail had been taken. The adult birds also showed three black outer primaries with black primary shafts on the underwing, in addition to what had been obvious on Mohamed's photos from the previous year. So it was confirmed, with recordings of the vocalisations taken, that Saunders' Tern really did occur in Egypt. 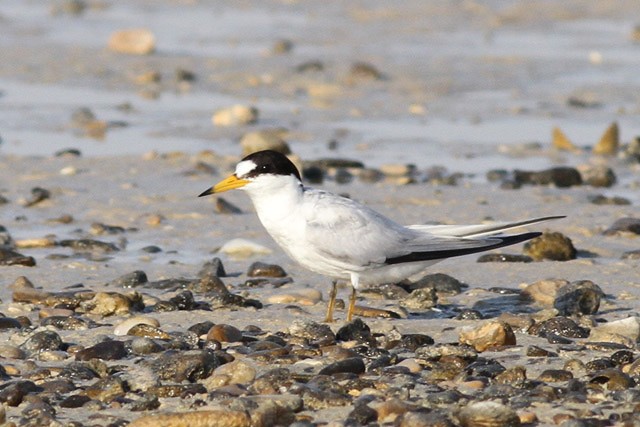 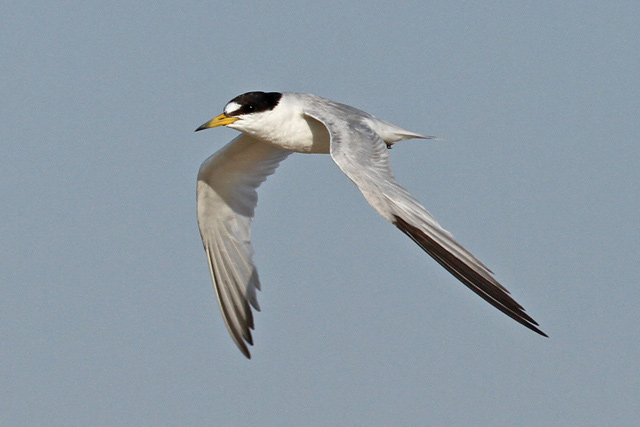 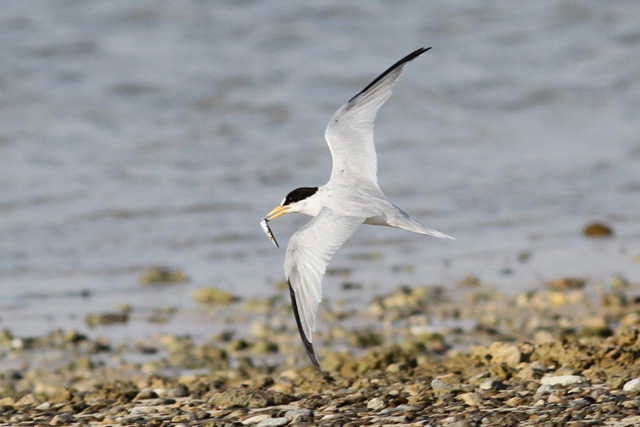 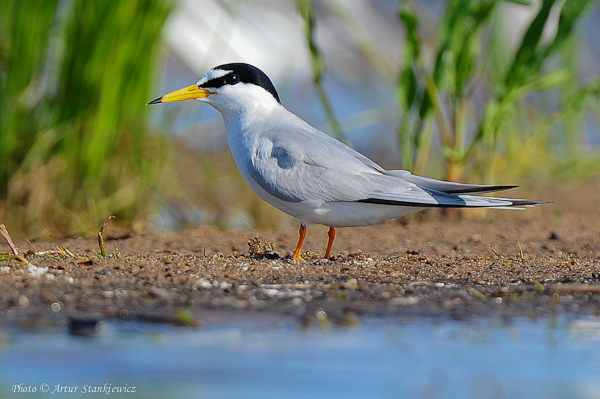 Adult Little Tern, Poland: compare the brightly coloured legs and pattern of the white forehead patch to the above (Photo: Artur Stankiewicz) 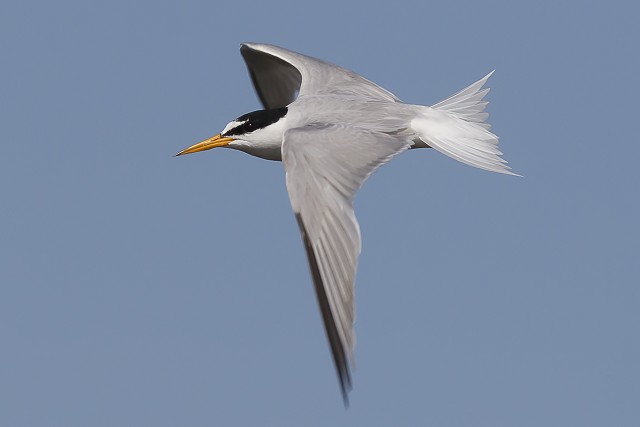 We went on to walk along the sand spit, and it was quickly apparent that these birds were territorial. Although tricky to pin down any young (presumably because it was late on in the breeding season), we eventually found two flying juveniles as well as a more recently born chick. Just like Little Terns, it seems that Saunders' Terns stagger their breeding. Importantly though, these birds proved that for the first time Saunders' Tern is breeding in the Western Palearctic! 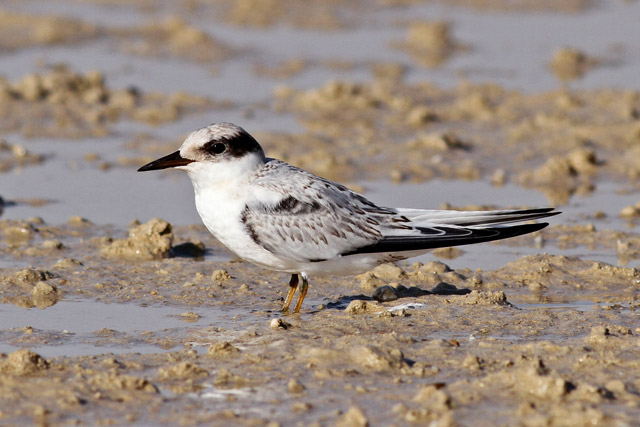 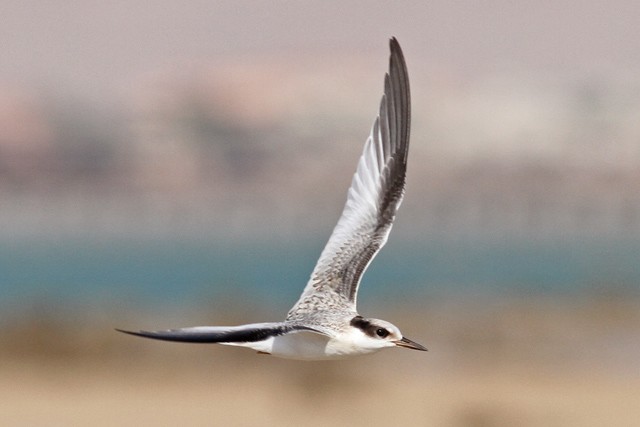 It is likely that Saunders' Terns are back in Egypt in mid- to late April, given the advanced state of the juveniles, though it is unknown when they leave this area to head to their wintering grounds. If anyone is looking to see this species, given the sensitivity of the area and Sinai as a whole currently, it is essential that you contact Mohamed Habib to arrange access.

Thanks to Mohamed Habib for arranging access for us to visit the Saunders' Tern breeding site.
BirdLife species factsheet: Saunders' Tern 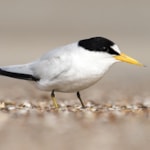