On 22 December 2019, I went to Parque da Cidade (City Park) in Porto with my wife for a short birding trip. We came across two swifts flying low, feeding, near the treetops. Swifts are birds I have admired for a long time for to their incredible adaptation to aerial life. I like to watch them closely in particular due to the challenge of separating Common from Pallid Swift; both species are often seen in the area. But these two swifts stood out to me due to their apparent small size and fast, erratic flight, but at the time I assumed they would be Common Swifts due to likelihood and overall dark tones.

However, as I got home, I decided to look at the identification guide, only to I realise that what I had seen perfectly fitted the description of Plain Swift. The weather conditions of the previous few days supported this hypothesis, with strong winds coming straight from the Madeiran archipelago, where the species is abundant. I contacted local observers and photographers, which few days after managed to obtain good enough photos and submitted them for discussion on the Portuguese Bird Forum. Importantly, these photographs showed an almost full absence of a white patch in the throat, which was highly promising. However, given the similarity of Common Swift, lack of detailed literature regarding visual separation of these species and improbability of the record, with no previous records in mainland Europe, no one was able to be sure on the identification based on photos alone. 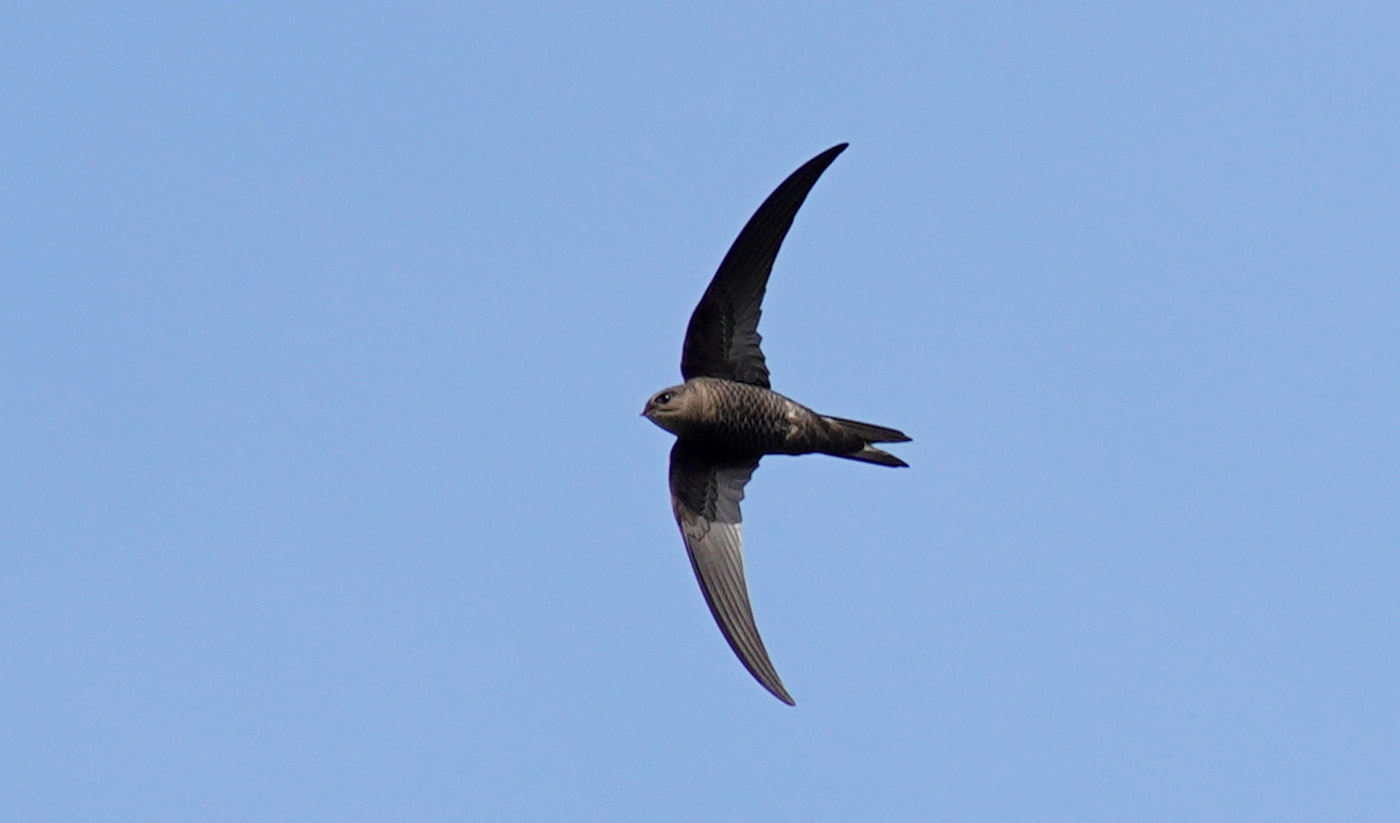 Some time passed until I was able to connect with the birds again, on 2 February 2020. This time I saw them for a longer period, with the opportunity to film, hear their call and see them fly alongside other species. The small size notion was reinforced and subsequent analysis of the video demonstrated the different flight style when compared to Common Swift, this being objectively faster and more erratic.

During my comparative study of Plain and Common Swifts, I came to realise that the climate classification of the city of Porto was the same as that of a large part of the island of Madeira, where the concentration of Plain Swifts is much higher than in the Canary Islands and, in that archipelago, its populations are most numerous in the north of the island of Tenerife, which also has the same climate as Porto and Madeira (classified by Köppen and Geiger as 'Csb', or 'warm-summer Mediterranean climate'). This fact favored the Plain Swift hypothesis and I was becoming increasingly convinced and even more motivated to fully document this delicate and difficult identification.

Many more months passed until, on 7 November 2020, my wife and I returned to Porto's City Park in search of the mysterious swifts. The weather was bad, with showers and wind. Shortly before arriving at the park, I detected four swifts flying and almost caused an accident with my sudden stop to observe them! To our surprise, 12 birds were present. 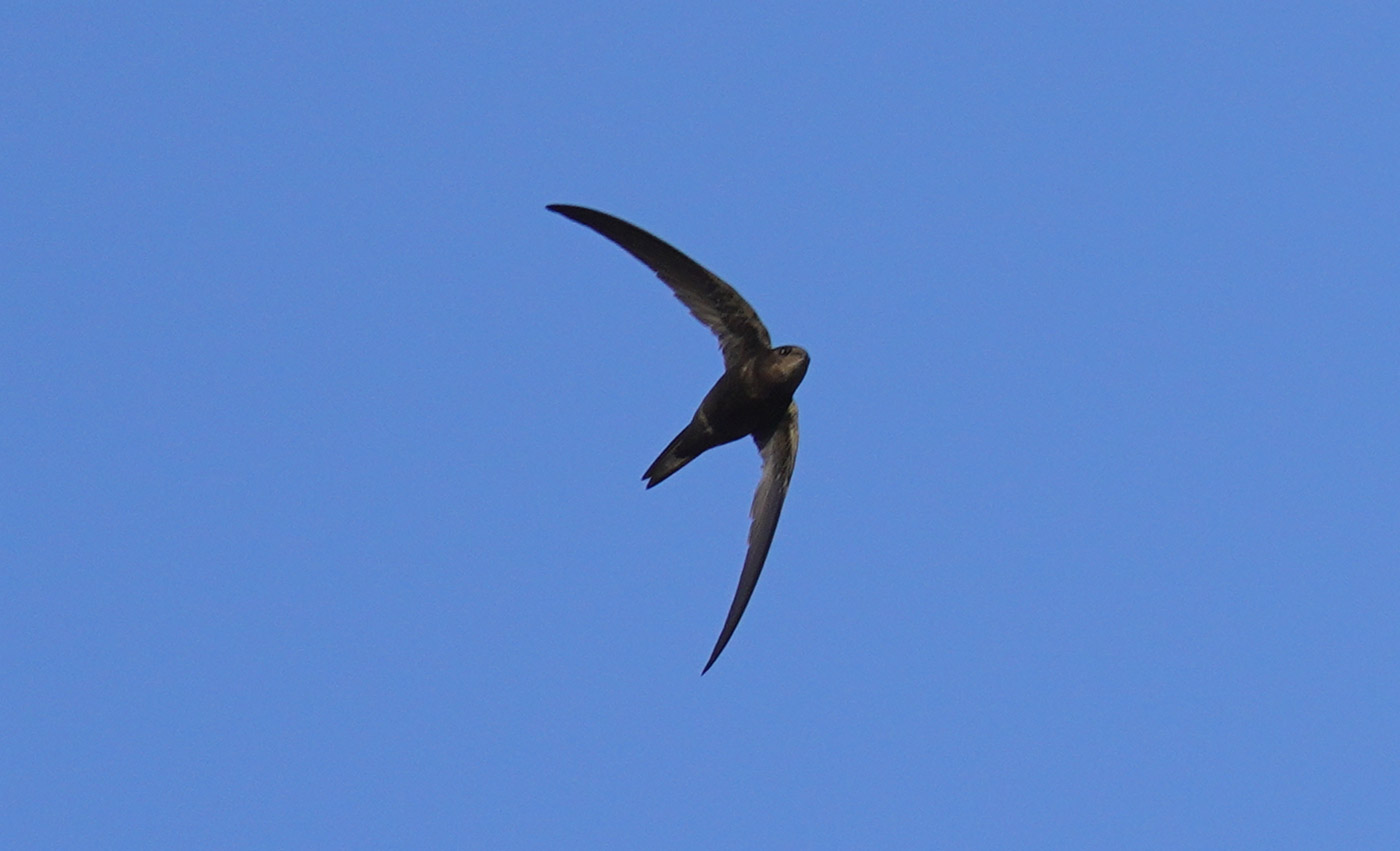 From that point onwards, whenever I had the opportunity to travel to the city of Porto – I live 130 km away – I would go to the city park just to see the swifts. On one occasion I was lucky enough to find a Little Swift alongside the other swifts, which was not only the first record for northern Portugal, but it provided a perfect opportunity to compare sizes.

I noticed that the swifts tended to disappear at the end of the day, always towards the same side of the town. I tried following them and eventually, by December, I found them entering the roof of a house at dusk – the dormitory! The use of a winter roost is a behaviour described for Plain Swift but contrary to Common Swift, which is known to remain on the wing outside the breeding season. This was yet another strong feature supporting the Plain Swift thesis. By figuring out their routine, I manage to spend days on end watching and following them. I began to suspect that this could be a resident colony, with some non-migratory individuals as seen in the Madeira and Canary archipelagos.

Images obtained from the swifts entering the roof allowed measurements with photogrammetry software, with these always favouring Plain Swift over Common Swift. In January 2021, I managed to obtain recordings of the vocalizations for the first time, with the sonograms showing the signature call of Plain Swift. When I uploaded the record and accompanying recording on eBird, all the skepticism of the Portuguese ornithological community that had surrounded the records of these birds and that ignored the characteristics already highlighted (size, flight style, weather patterns, winter roost and other physical features) simply vanished! And soon the twitchers followed.

We are now in the summer of 2021 and the colony of swifts continues in the city park. The swifts are seen daily, busy hunting and carrying insects to their chicks. A maximum of 16 Plain Swifts were counted during winter, around 30 birds were counted in the spring, suggesting that, as in the Madeira and Canary archipelagos, this colony may also be partly migratory.

It is with happiness and relief that I see my efforts to solve this case rewarded: Plain Swifts identified for the first time in mainland Portugal, and the first mainland European breeding colony discovered. Who knows how many years these birds have been there how many other colonies might exist? 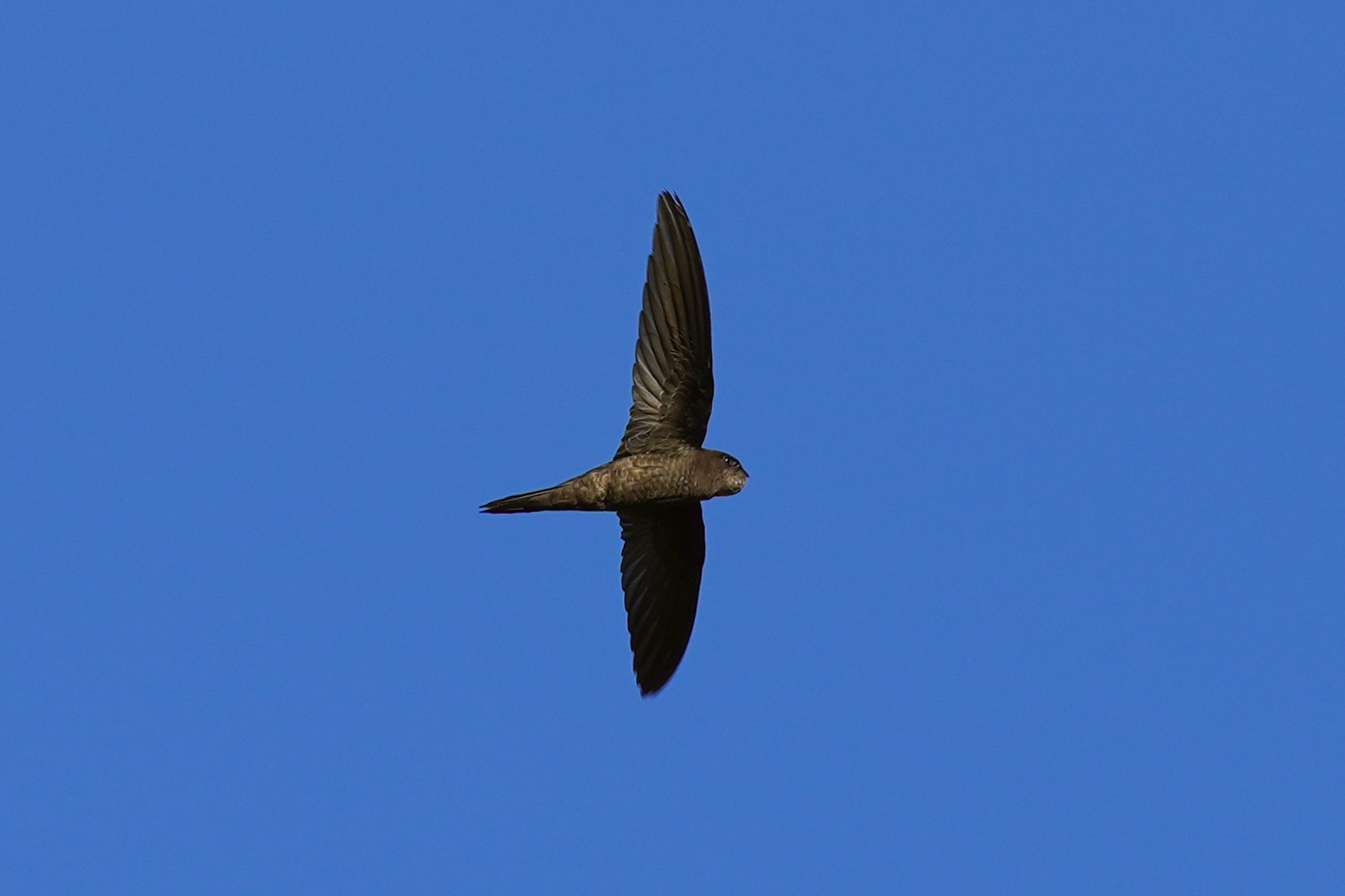 Plain Swift was first described by Sir William Jardine in 1830 (Cypselus unicolor) from specimens found by W T Carruthers on the island of Madeira. In the book of proceedings from the London Zoological Society (1865), this species is described as "Smaller than C apus, and tail more deeply forked; chin sometimes almost as white as in Common Swift." In Mauritania, a group of ornithologists recorded the species in 1988, identifying them by their relatively small size, rapid wing beat and brown throat. In most field guides, its identification is reinforced by the smaller size compared to Common Swift, the faster and more erratic flight and smaller white patch in the throat.

Plain Swift is known as an endemic species to the Madeira and Canary archipelagos, where it breeds and remains throughout the year. It is partly migratory, with north-west Africa the probable wintering area – since the 1960s there have been records of this species in Morocco and Mauritania. A study carried out in 2013-14 on Tenerife, Canary Islands, revealed the movements of two Plain Swifts which, outside the breeding season, spent most of their time in the forests of eastern Liberia, in western equatorial Africa. In 2017, the breeding of Plain Swift was reported off the coast of Morocco, north of Agadir.

With special thanks to Bárbara Morais, Rui Ferreira, José Luís Sequeira e Luís Rodrigues, that helped with photos; to Carlos Noivo, João Belo, João Tomás, Pedro Cardia and Pedro Nicolau, that have believed in the ID from the beginning; and to Pedro Nicolau for the translation of this text.