Having recently got back into birding after a 15-year break, I became aware of the Belted Kingfisher in Ireland in 2020. I dreamed of going to twitch this amazing bird but, due to COVID-19 restrictions, this wasn't possible – and by the time the opportunity arose to even contemplate it the reports had stopped coming through on a daily basis. I was gutted that this opportunity seemed to have been taken away and I thought the opportunity of twitching a Belted Kingfisher in the future was nigh on impossible.

However, on 8 November 2021, a report of one at Brockholes NWT in Lancashire came through via the BirdGuides app while I was on my way back to Derbyshire from Scotland, following a successful birding trip with friends. Instantly we checked if it was doable that day as we were on the A9 just outside Aviemore, our hopes were soon dashed as we realised it would be well past dusk by the time we would arrive at Redscar Wood near Brockholes. We were disappointed, but remained hopeful it would be reported again the same day and were left in suspense. 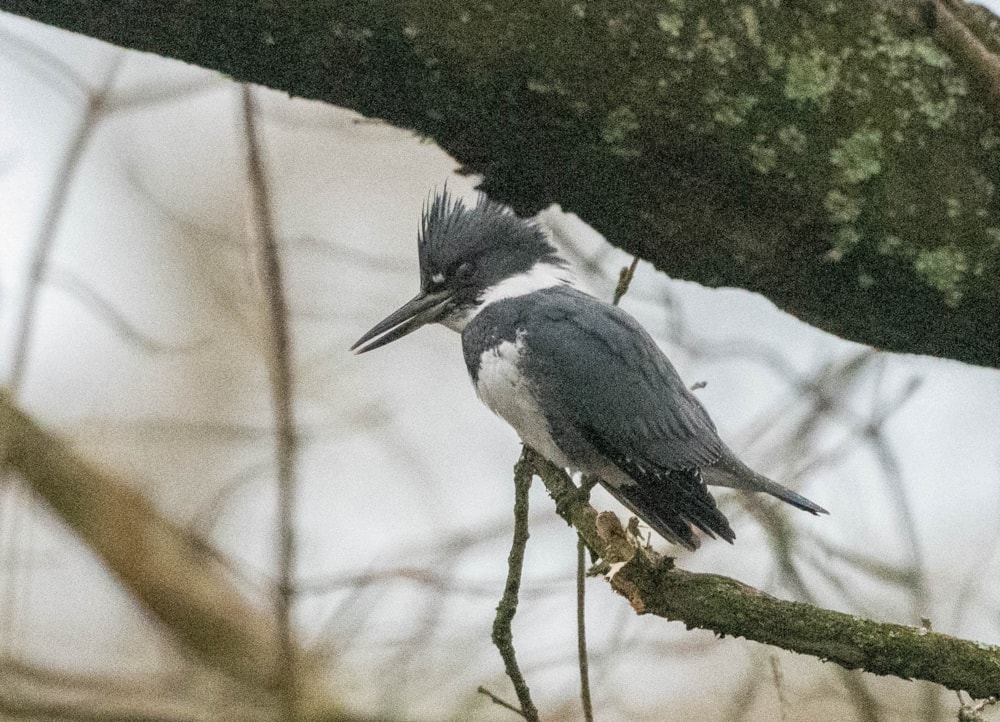 The Belted Kingfisher was extremely difficult to pin down at first, being seen fleetingly and by precious few observers (Leonard Poxon).

Unfortunately there were no further reports of the Belted Kingfisher that day, but I had a real bit between my teeth regarding this bird and, after studying reports of the Irish individual, I remained hopeful that it would winter in the area. I started to do some research and soon discovered it was an angler who was the initial finder, which was a great advantage to me as I work in the angling trade.

I had been given the information that the angler who found the kingfisher first was called George Shannon. So, as my employer has a shop local to the area in Preston, I decided to call a colleague who is a very well-known local angler to see if he knew George. Before I knew it I was on the phone to George who was absolutely brilliant in giving me every detail from his experience of the bird – it became very apparent that George was not just an angler, but also an ex-birder who had seen Belted Kingfisher across the pond in North America. I instantly had no doubt that George was absolutely spot on in his report.

However, as each day went by, I became less hopeful that I would see the bird as it had been looked for consistently and not seen. Then, on the 14 November, I had a free day, so I decided to head to Spurn. While en route the Belted Kingfisher was reported again at the same location. I instantly called George to see if it was him who had seen it, but unfortunately it wasn't. I decided to go out on a whim and changed my destination to Redscar Wood near Brockholes, at which I endured the whole experience of the dangerous slope to the mouth of Tunbrook, just off the River Ribble. I stayed there until dusk but unfortunately the bird never showed again.

Despite this, having now been reported again it ignited the spark for many birders and the area was soon to be twitched on a regular basis. The bird was then being seen and reported but sporadically, with no consistency and, by all accounts, it was frustrating many twitchers across Britain.

It wasn't until 27 November that I decided I was going to have another attempt at the bird. I spoke to a couple of friends and they too were up for going. We arrived on site before dawn on 28 November negotiated the well-worn dangerous slope to the mouth of Tunbrook and within a couple of minutes the bird was seen by four of us. The feeling and buzz endured by us was absolutely electric. The bird showed for a couple of hours and then disappeared, with just an odd report here and there. 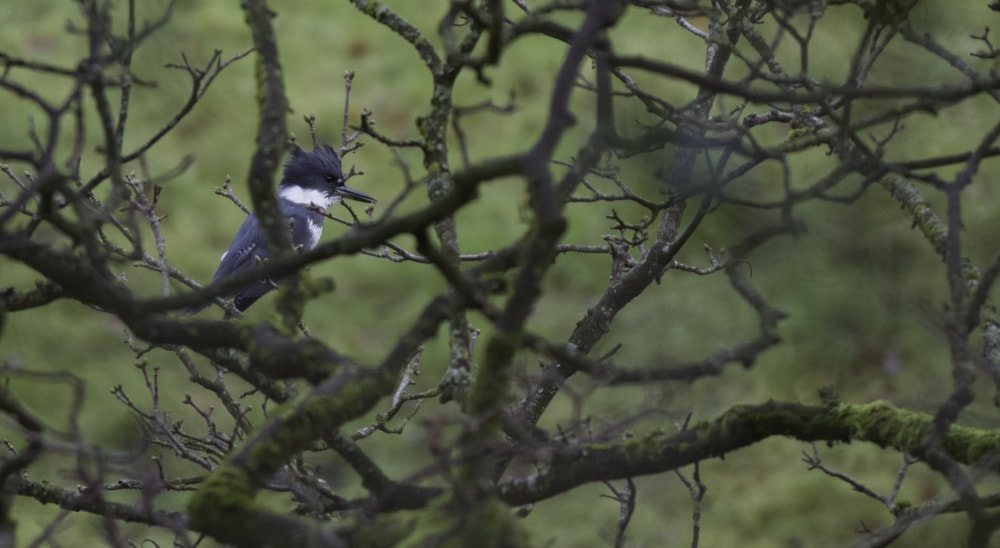 Eventually the bird settled along the River Darwen, where it was well twitched over the Christmas period (Bethan Clyne).

On 6 December a friend from the Preston store called me to say he had an acquaintance who owned a farm on the River Darwen at Samlesbury and he had seen and photographed 'this kingfisher bird' on his farm pond. I genuinely thought it was a wind up, but he assured me it was genuine. I asked him to go back to his friend and ask if he would send me the photos – I also asked if access was possible. At this point I was waiting in suspense hoping to get some more information

A few days went by and, on 9 December, I messaged Sam Viles of BirdGuides and let him know that the bird had been seen on the River Darwen between Roach Bridge and Nabs Head. While hopeful that local birders would act upon this knowledge I had passed onto Sam, I also felt bad as I couldn't give the exact location out of respect to my friend who passed on the information.

A few days passed and the bird was seen and photographed on the Leeds & Liverpool Canal at Whitnell Fold. Again, the reports were very sporadic, so I continued to call and bother my friend in the hope his friend on the farm would keep him updated if the bird would be seen again. At this point I wanted the bird to be pinned down to allow everyone the chance to see it.

Fortunately, the dedication of a birder who had taken the information from my in initial report to Sam decided to dedicate his time in searching the very difficult area of the River Darwen between Roach Bridge and Nabs Head. It took 11 days of searching before it was seen on the River Darwen in the area where I had put the initial information out.

Soon after the bird began to show very consistently in the area, allowing twitchers from across Britain to get a views of this incredible kingfisher. I can’t help but feel overwhelmed at the amount of joy it has brought people.