Time of day is irrelevant to some Arctic birds

It's that time of year again: the Summer Solstice has just passed and the days are at their longest at high latitudes in the Northern Hemisphere. The short Arctic summer is characterized by unbroken daylight for several weeks, with many species, both resident and migrant, making the most of this time to breed. As with humans, many other species of plant and animal have 'internal clocks', and experience 24-hour cycles — called the circadian rhythm — telling them when it's time to rest and when it's time to get up that are often tied to light cues. So what happens when the sun never sets, as during the Arctic midsummer?

For four species of migrating birds that breed in the Arctic, new research1 shows that, according to behavioural ecologist and co-author of the study Bart Kempenaers, "anything goes". Kempenaers has already proven that resident species such as Ptarmigan and Reindeer do not have a 24-hour cycle, but was keen to explore the reactions of migrant species.

The scientists studied the activity patterns of Lapland Buntings, Semipalmated Sandpipers, Pectoral Sandpipers and Grey Phalaropes that migrated to the same area near Barrow, Alaska, to reproduce during the Arctic's five-week breeding season. They attached tiny 1 g radio transmitters to 142 individuals, allowing researchers to monitor individual activity levels continuously, which the team verified with behavioural observations in the field. 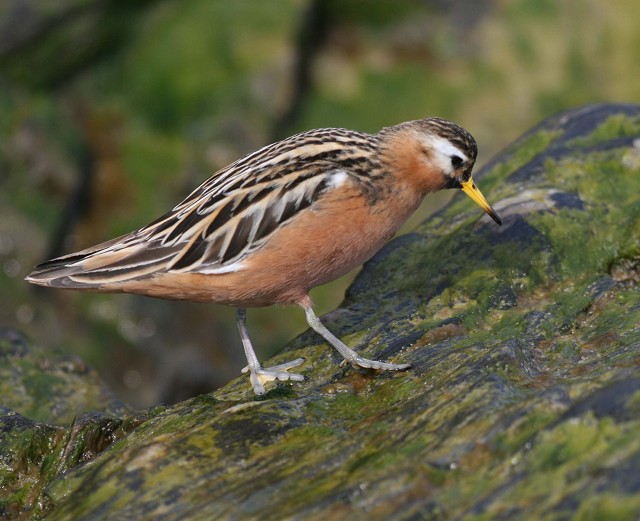 Kempenaers and colleagues found that Semipalmated Sandpipers — a species weighing just 30 g where both parents incubate eggs — exhibited a "free-running" cycle. Mated pairs still showed activity patterns, but they ranged from a 21- to 29-hour cycle. In 6 of the 11 pairs researchers studied, the birds shifted their cycles from shorter to longer hours over the course of the incubation period. Pairs differed with respect to how long their cycles lasted, but birds within a pair were always on the same cycle. This incredible finding illustrates that pairs undertake a rapid social synchronization of their respective activity cycles. Kempenaers isn't sure why it's happening: "We see this [synchronization] very, very early in incubation. At first, each parent will sit on the eggs for about two-hour stints. But, as the eggs get closer to hatching, the parents sit for longer periods, up to 13 or 14 hours at a time. So the birds need to coordinate their incubation duties, but it's a mystery as to how they would do that."

In contrast, the Lapland Bunting — a species of similar size where both parents incubate the eggs — kept to a 24-hour activity cycle, with both males and females resting between midnight and four in the morning. 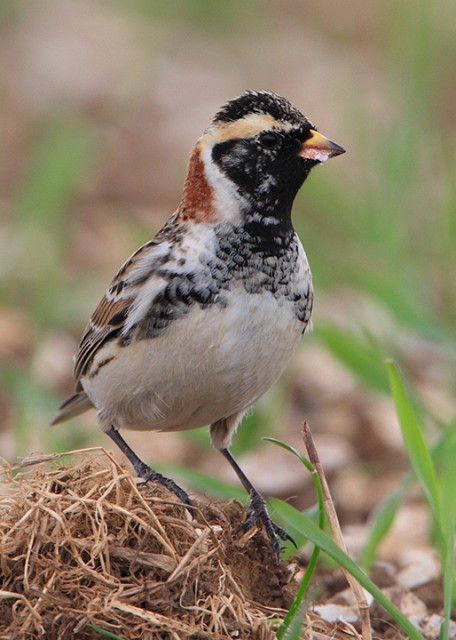 In both Pectoral Sandpipers and Grey Phalaropes — where just one parent incubates the egg — only the caregiver stayed on a 24-hour cycle. The promiscuous members of these two species — males in 'Pecs' and females in the phalaropes — proved to be active around the clock. Kempenaers explained, "There is a lot of pressure on male Pectoral Sandpipers to mate with as many females as they can". This was covered in a study he published with colleagues last year in the journal Science, which found that the more active male Pectoral Sandpipers sired more offspring. Since female phalaropes are the ones competing for mates, he explained, "you see this constant activity, or arrhythmic pattern, in the females [instead]."

This one-sided, round-the-clock activity seems to be related to sexual selection, Kempenaers said, rather than to feeding — which is speculated as the cause for round-the-clock activity in Arctic residents such as Reindeer or Ptarmigan. Kempenaers and his laboratory are now trying to better understand the incredibly flexible cycles shown by the Semipalmated Sandpipers: there appears to be a lot of variation in cycles between pairs, with some that don't shift at all. He is also looking at other sandpiper species to see what kinds of activity cycles they exhibit. Kempenaers hopes that this will help him understand what determines the variation seen between species. He added, "I think this study clearly demonstrates that there is a diversity [in] approaches to how animals deal with the extreme conditions of the Arctic environment. Species are highly flexible with regard to circadian clocks, turning them on or off as they need."