The race to save birds from extinction is on

The British Trust for Ornithology (BTO) is delighted to announce today that it is becoming a BirdLife Species Champion to help prevent the extinction of globally threatened birds. This is one of a number of initiatives being taken by the BTO this year to celebrate 100 years of bird ringing in Britain.

The announcement was made this morning by Dr. Andy Clements, Director of the BTO, when he addressed a VIP audience gathered at the official opening ceremony of the 2009 British Birdwatching Fair at Egleton Nature Reserve, Rutland Water.

"We are very happy to support the Birdlife Preventing Extinctions Programme by becoming a Species Champion" said Dr. Clements. "It is incredibly important to monitor threatened birds effectively and ringing plays an important part. Fitting birds with numbered metal or coloured rings renders them identifiable as individuals. Nowadays, modern technology in the form of electronic tracking devices also enhances our knowledge. Take the New Zealand Storm-petrel — since rediscovery, seven have been ringed at sea and four fitted with radio tracking devices, in a desperate bid to discover their breeding area before it is too late. It is vital that conservation measures can be put in place to protect what can only be a tiny and fragile colony and monitoring and tracking of the birds is fundamental to that process." 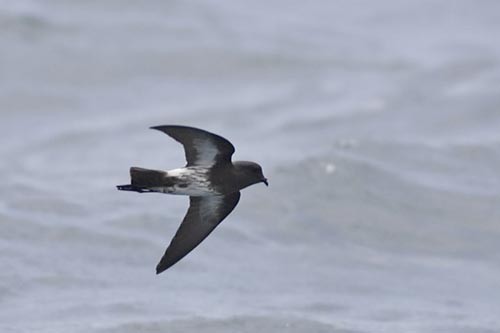 "We are delighted the BTO has become a BirdLife Species Champion" said Jim Lawrence, BirdLife International's Preventing Extinctions Programme Manager. "The BTO is increasingly operating on an international scale and this latest example of their commitment to threatened species conservation is testament to their global vision."