The future is black and white

The summer of 2010 brought good news for those who enjoy listening to birdsong: numbers of two warbler species, Blackcap and Whitethroat, reached their highest levels in fifteen years, according to a report released today. The latest figures highlight the fact that shorter-distance migrants, such as Blackcap and Chiffchaff, are doing better than those that travel further, such as Turtle Dove, Cuckoo and Nightingale, which are showing continuing declines. 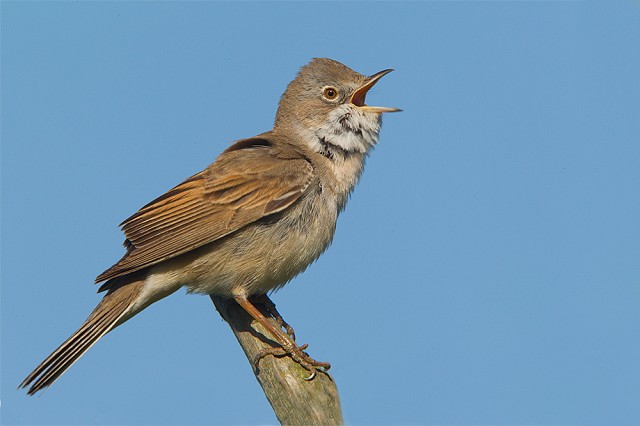 We know that many birds that fly south for the winter are showing dramatic declines, but several species of warbler are bucking the trend. Whitethroats appear to be benefiting from increased rainfall in the Sahel, the arid zone south of the Sahara where they spend the winter. Whitethroat populations crashed in the 1960s, following drought in the Sahel, but are finally starting to recover. Blackcaps and Chiffchaffs, which are also increasing in numbers, migrate only a short distance, down to southern Spain and northern Africa, and do not make the arduous crossing of the Sahara Desert.

However, these increases are in sharp contrast to other migrant birds, such as Turtle Doves, Cuckoos and Nightingales, which winter even further south. These are still showing severe declines, compounded by problems in their breeding habitats in the UK.

We owe this detailed knowledge of bird population trends to the thousands of volunteer birdwatchers who take part in the BTO/JNCC/RSPB Breeding Bird Survey, which has been the main method of keeping track of our bird populations since 1994. By listening out for the scratchy song of the Whitethroat in country lanes, or the liquid notes of the Blackcap in wooded areas, and noting down the numbers they hear during their survey visits, they help us to build a detailed picture of how our bird populations are responding to environmental pressures. 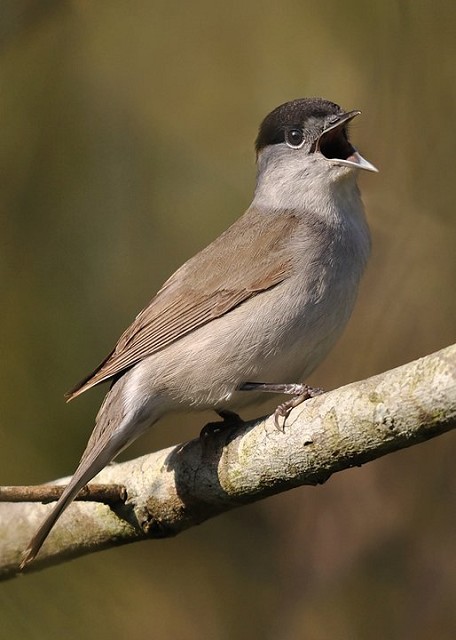 Kate Risely, BBS organiser at the BTO, commented: "These BBS trends are of critical importance for research into declining bird populations. We are learning so much about our summer migrants, and it's fascinating to see how numbers of our familiar countryside species respond to conditions thousands of miles away in Africa. So much of this knowledge is due to dedicated volunteer birdwatchers, and we are very grateful to them."

Deborah Procter, Senior Monitoring Ecologist at the Joint Nature Conservation Committee, added: "The Breeding Bird Survey provides a rich source of data to help understand the conservation status of UK birds. UK population trends from the BBS enable us to investigate how species respond to multiple challenges, not only in the UK but further afield. This is illustrated in this year's report by reference to the impacts of climate change on UK bird communities and to the perils that face migrants on their journey. Such knowledge helps government's agencies and others target scarce resources to where conservation action is most needed. The huge volunteer effort that goes in to the survey is invaluable and makes a major contribution to the conservation of the UK's birds."

Dr Mark Eaton, Principal Conservation Scientist in Species Monitoring and Research at the RSPB, said: "The BBS tells us that many of our greatest conservation concerns are for common and widespread species, which we might otherwise take for granted. It is sobering to see that three out of every four Turtle Doves have gone in under 20 years, and we have growing concern over what happens to our summer migrants once they leave for Africa. That said, we should also celebrate those species that are increasing, particularly the Whitethroat which is finally recovering from a catastrophic crash in numbers in 1969 caused by drought in the Sahel."

For a PDF of the full report visit www.bto.org/bbs/results/BBSreport10.