New research has built a complete picture of the epic annual migration of Blackpoll Warbler for the first time.

The study, led by biologist Ryan Norris and published in the journal Ecology, used geolocators to map the species' migration between its breeding grounds in the central and western boreal forests of North America and its winter quarters in the Amazon Basin.

In 2015, Norris and other biologists were the first to show that Blackpolls breeding in the Maritimes and New England complete a non-stop transoceanic flight of up to three days and about 1,600 miles along the eastern coast of the United States. For the new study, they looked at the full migration of birds from central and western breeding populations.

Researchers tracked birds fitted with tiny geolocators from four boreal forest sites across northern Canada and Alaska. Total southward migration took about 60 days on average over distances ranging from 4,300 miles for birds breeding in Churchill, Manitoba, to 6,650 miles for populations on the western edge of the continent in Nome, Alaska.

Blackpolls from Nome took 18 days to fly across North America to the Atlantic coast of the Carolinas. There, the birds spent almost a month fattening up to double their body weight before a non-stop, 2.5-day flight across open water to overwintering grounds in northern Colombia, Venezuela and Brazil. The total annual migration for some Blackpoll Warblers therefore exceeds 12,500 miles each year. 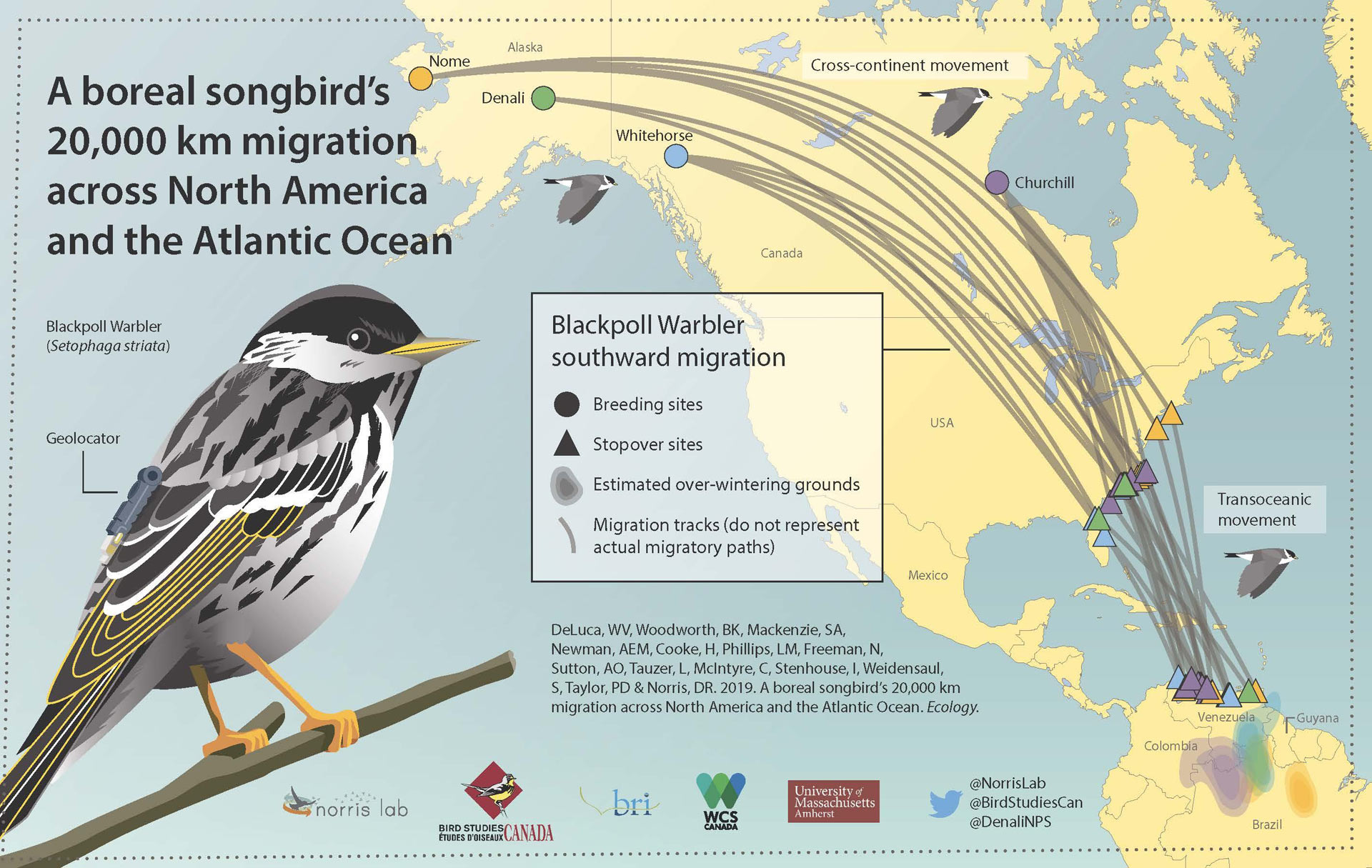 The 12-gram warbler is one of the fastest-declining songbirds in North America, with populations currently decreasing by 5 per cent a year. Habitat loss and declines in insect prey related to climate change thought to be driving the drop. Norris said: "They are well on their way to be considered as a listed species if things continue."

Dr Hilary Cooke, a conservation scientist with Wildlife Conservation Society Canada, was a co-author on the study and added: "As a conservation scientist, what strikes me most is that in a single year a Blackpoll Warbler has to navigate 20,000 kilometres across land and ocean, facing risks of cat predation, storms and collisions with buildings and vehicles, all while trying to find islands of habitat to rest and refuel in our human-dominated landscapes.

"In comparison, the boreal region of northern Canada provides safe and high-quality breeding habitat for this declining species. Protecting Canada's boreal forest is critical to saving this amazing songbird."

Norris is now working with biologists in Colombia looking at the overwintering segment of the warblers' life cycle. Learning whether populations from across the boreal forest overwinter separately or together in South American rainforests may help improve habitat management along the migration route. 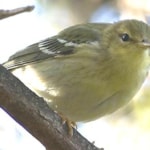