In the five-year period from 2007 to 2011, SeaWatch SW has led a number of initiatives that are contributing to marine science and conservation in UK waters. These include:

In 2011–12, the SeaWatch SW team have also been trialling more detailed mapping of marine life at Gwennap Head using a surveyors theodolite, which allows more accurate determination of the positions of animals in the water and aggregations of foraging seabird, than visual estimates alone. These trials have yielded excellent results, and we are now planning to apply this survey method to a specific conservation issue...and this is where we need your help! 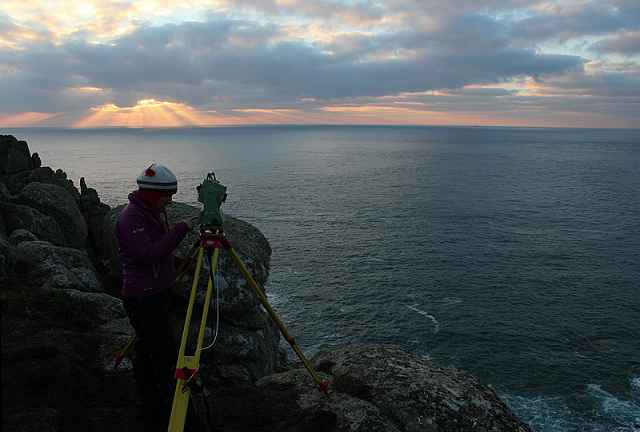 St Ives Bay in northwest Cornwall is an important midwinter foraging area for a variety of seabirds, in particular auks (Razorbills and Guillemots), Gannets, Kittiwakes and large gulls (mostly Herring and Great Black-backed Gulls). In the last decade, there have also been increasing numbers of the Critically Endangered Balearic Shearwater using St Ives Bay in the midwinter period, with peak numbers of up to 100 birds recently recorded (equivalent to 0.5% of the world population). However, records of all of these seabirds are sporadic and are typically based upon casual observations. Therefore, the spatial and temporal distribution of seabird foraging within St Ives Bay in the peak midwinter period is poorly understood.

In winter 2011/12 there was significant bycatch of seabirds in St Ives Bay (mostly auks), which featured in national media: see e.g. here, here, and here. Attempts to mitigate this bycatch include setting of nets at night and (through enforcement of a by-law) placing a temporary ban on commercial fishing within certain areas of St Ives Bay. However, without good-quality baseline information on the distribution of foraging seabirds in the area, the implementation of effective mitigation measures is likely to remain challenging.

SeaWatch SW is therefore initiating a new project, partnered by Marinelife and supported by the National Oceanography Centre, the Channel Coastal Observatory, the RSPB, Natural England, JNCC, and the Cornwall Inshore Fisheries and Conservation Authority (CIFCA), that will focus on the monitoring and mapping of seabird foraging aggregations in St Ives Bay in the midwinter period. 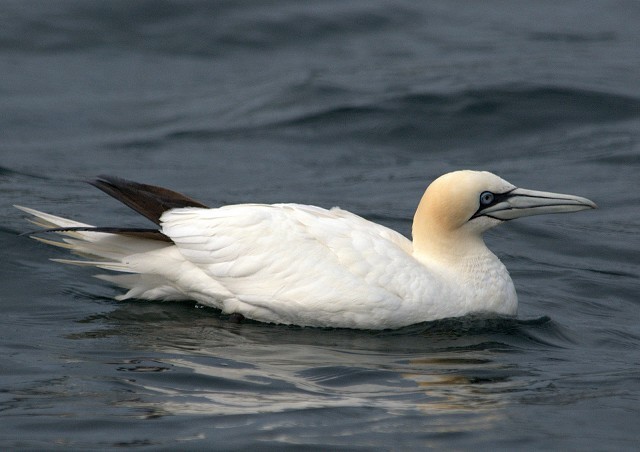 The project will have three components, all of which provide opportunities for volunteer observers to contribute:

At the end of the winter, we will provide a summary report to all project partners and observers based on the records obtained (including looking at temporal distribution trends), as well as initial maps of seabird foraging distribution in St Ives Bay based upon visual and theodolite mapping. So if you are looking for some incentive to get in the field in the midwinter period, consider contributing to this project and helping us reduce the future incidence of seabird bycatch in this area. All records and offers of assistance will be gratefully received!