Researchers have discovered seabirds are eating plastic waste because it smells like their food.

It is thought that up to 90 per cent of all seabirds eat plastic. In the 1960s that number was only about five per cent, but had risen to 80 per cent by the 1980s as plastic waste in our oceans became ever more prominent. The rate of plastic pollution continues to steadily increase worldwide, with one study last year estimating that about eight million metric tons of plastic enters the ocean annually — enough to cover every foot of coastline in the world.

The study, published in Science Advances , found that drifting plastic waste accumulates algae, which in turn produces a chemical called dimethyl sulfide (DMS). This gives off a smell very similar to the krill that many marine birds feed on. The findings could explain why certain seabirds, which rely on their sense of smell for hunting, are particularly vulnerable to swallowing plastic.

Researchers have found seabirds with all manner of plastics in their digestive tracts — bottle caps, plastic bags, broken-down rice-sized grains of plastic, synthetic clothing fibers and many more besides. This can lead to damage to internal organs, gut blockages or build-ups of chemicals from the plastics in the animals' tissues. Previous studies have shown that some birds feed their young bits of waste, presumably mistaking it for food. Plastic ingestion is widely cited as one of the contributing factors to a 70 per cent drop in seabird numbers worldwide since the 1950s. 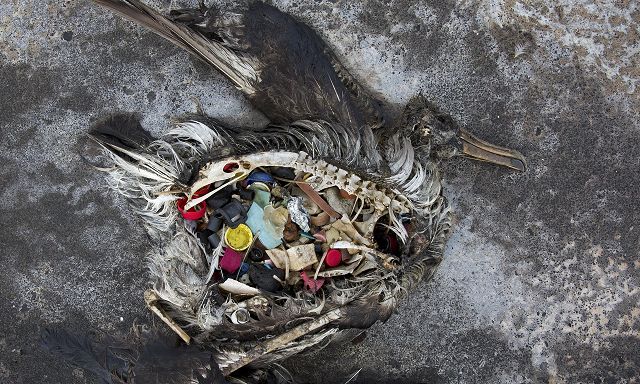 Matthew Savoca, the study's lead author at the University of California Davis, explained: "Animals usually have a reason for the decisions they make. If we want to truly understand why animals are eating plastic in the ocean, we have to think about how animals find food."

To investigate what attracts birds to the debris, the scientists put beads made from the three most common types of plastic (high-density polyethylene, low-density polyethylene, and polypropylene) into the Pacific Ocean off the California coast. The beads were sewn into mesh bags and tied to buoys to avoid any of them being consumed by wildlife. Three weeks later, the beads were collected and the smell emitted was analysed.

The results showed that the beads were emitting a large amount of DMS, but plastic that had not been soaked in the ocean did not give off any DMS. The DMS emission on the soaked plastics was linked to the algae that had accumulated on it while it had been at sea.

In another piece of analysis using data from 55 studies and over 13,000 individual birds, the researchers found that tubenoses such as albatrosses, shearwaters and petrels — seabirds that track the scent of DMS to find prey — were nearly six times more likely to ingest plastic than other birds. 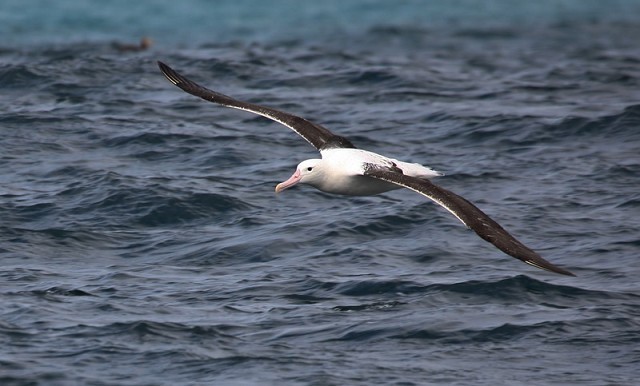 Tubenoses, such as this Northern Royal Albatross, are nearly six times more likely to ingest plastic than other birds (Photo: Richard Crossen)

The scientists argue that seabirds could be better protected in the future by the production of plastics that do not accumulate as much algae when soaked in the ocean. But engineering new types of plastic is a big ask — the best and easiest strategy is simply to keep plastic out of the oceans in the first place.