Scaly-sided Merganser is one of the world's most beautiful ducks, yet it is also among the rarest. The species, which is classified as Endangered, has a very small population, which is suspected to be undergoing a continuing and rapid decline as a result of habitat loss, illegal hunting and disturbance.

Although many birders see it on wintering grounds in the likes of South Korea and Japan, Scaly-sided Merganser breeds in the Russian Far East (85% of the population is in the Sikhote-Alin mountain range) and the far north-east of China. Here it favours pristine river valleys surrounded by primary forest, relying on the presence of natural cavities in mature trees in which to breed. However, logging has reduced the availability of suitable habitat across much of its range. 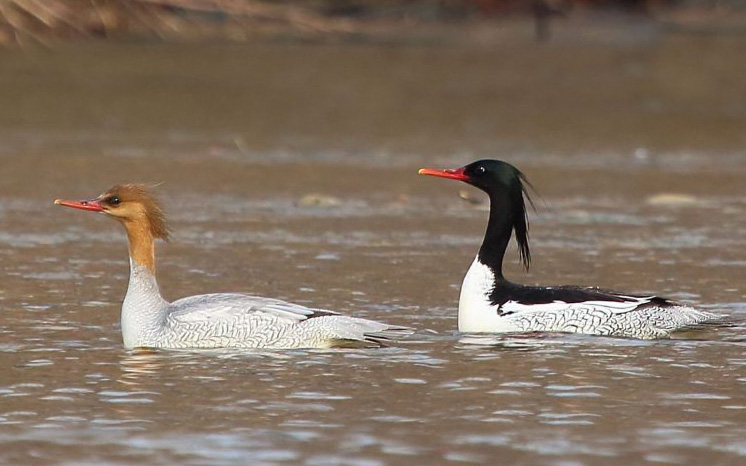 Scaly-sided Merganser is among the most beautiful – and rarest – of all the world's wildfowl (EAAFP).

To give Scaly-sided Merganser a better chance at reproductive success, a nestbox scheme for the species has been running in the Russian Far East since 2000. A total of 308 artifical nest sites have been erected and maintained along 15 rivers in the region of Primorye over those two decades.

And, according to monitoring results, the artificial nest programme has proven to be an efficient way of increasing the productivity of the mergansers. In the boxes, nesting success rate was around 70% between 2003 and 2017, with a total of 1,641 ducklings reliably hatched in artificial nests between 2002 and 2019.

Furthermore, the project has recently reported that 17 of its artificial installations were used by Scaly-sided Mergansers in the 2020 breeding season. A total of 89 ducklings reliably hatched from the monitored boxes last year.

However, the duration of a merganser nestbox does not generally exceed eight years, so constant replacement of boxes is of vital importance to maintain and conserve Scaly-sided Merganser breeding populations.

The Scaly-sided Merganser Working Group has a donation page in conjunction with the East Asian-Australasian Flyway Partnership (EAAFP), seeking financial support for funding artificial netboxes for the species. If you would like to consider making a donation, click here.

More information on Scaly-sided Merganser and the Russian nestbox project can be found at the EAAFP website.