Another fine and often warm week, particularly over the weekend, produced a stellar cast of exciting arrivals that confirmed we are now into spring 'proper' — although general migration was a little sluggish.

The talking point of the seven days was a male Blue Rock Thrush at Beachy Head, East Sussex, on Thursday. A distinctive individual with a whiff of familiarity to it, it didn't take long for birders to spot the handful of plumage features and, more strikingly, the same drooping left wing, and ascertain that it was indeed the same bird that had wintered in Gloucestershire! What's quite remarkable is that it illustrates, yet again, just how little we know about birds. Had it not been found in Stow-on-the-Wold this winter, birders would have been heralding this bird as a 'classic' spring overshoot, arriving during high pressure and at the perfect time of year. Instead, thanks to the Gloucestershire bird being so well documented, we know it was in fact southbound (ish) and this will likely change a few minds on what to expect from future vagrant Blue Rock Thrushes. 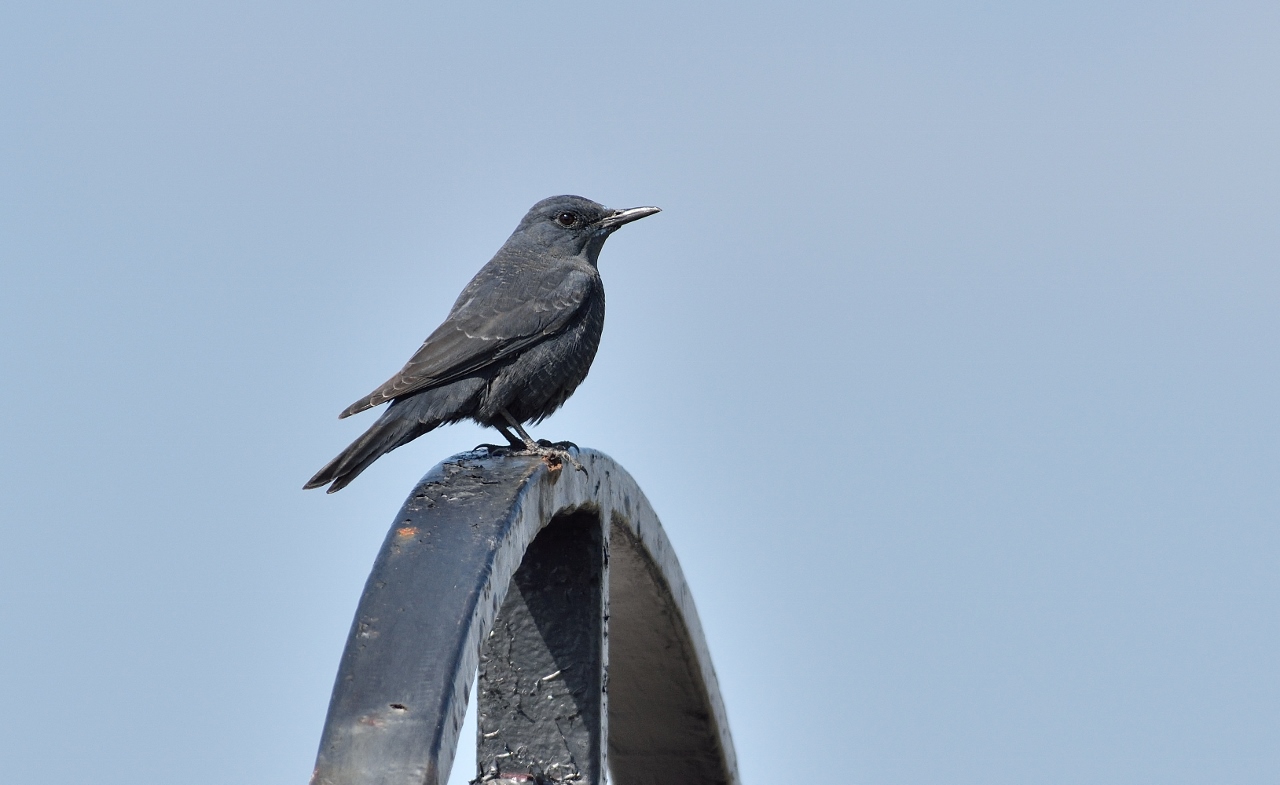 The Blue Rock relocation may have been exciting, but more impressive was the prospect of Britain's first twitchable male Rufous-tailed Rock Thrush for 22 years. Found on St Martin's, Scilly, on 6th, it wasn't reported until 10th but was happily relocated that morning and has been showing well ever since. Of course, the relatively remote location will put many off a potential twitch, particularly those that saw either of the Spurn or St Fergus females in spring/summer 2013, but the draw of a crisp spring male must be tempting. 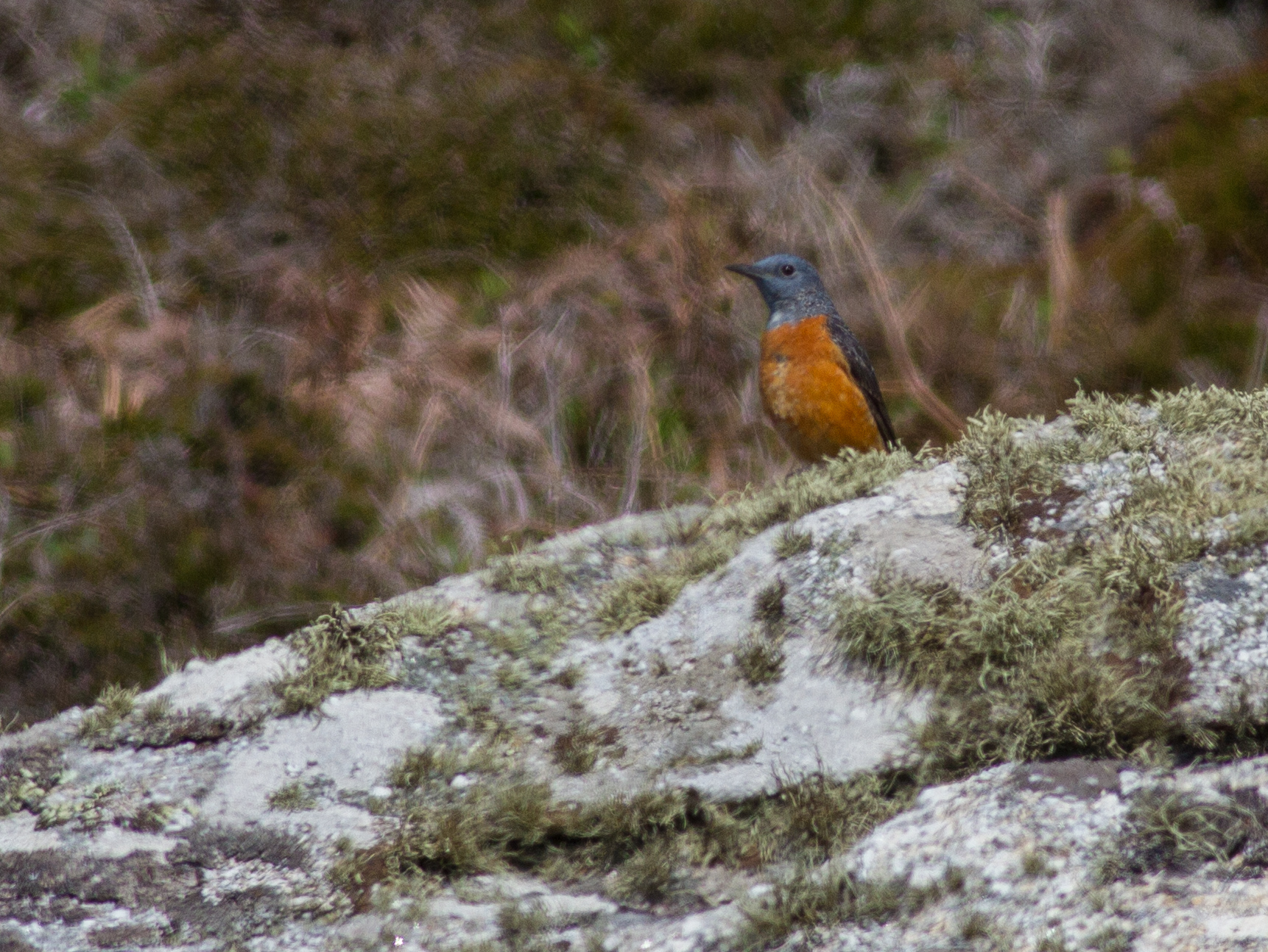 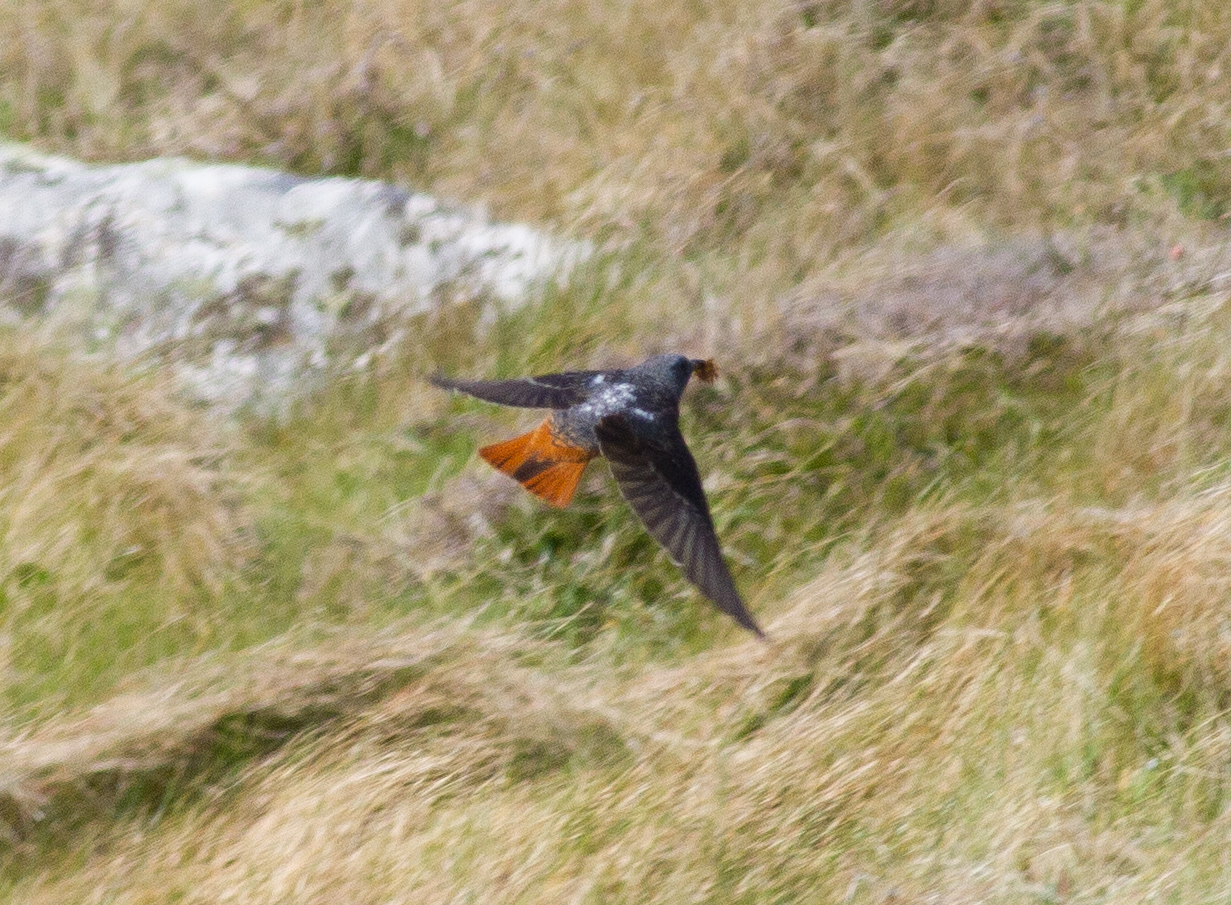 Outstanding record of the week must go to the Allen's Gallinule found dead on St Kilda, Outer Hebrides, of all places. The corpse was discovered on the island back on 26 March and was sent to Will Miles, who identified it as this ultra-rare sub-Saharan wanderer. Gallinules consistently manage some of the most remarkable feats of vagrancy among any birds and Allen's are well known for their apparently ludicrous wanderings — several are found annually in the Western Palearctic, for example, and another was found alive on a ship off Brazil in February. But to overshoot the entirety of Britain completely, and find itself on our most north-westerly island, this individual really must have been going some — perhaps it had Iceland, or even the North Pole, in its sights. 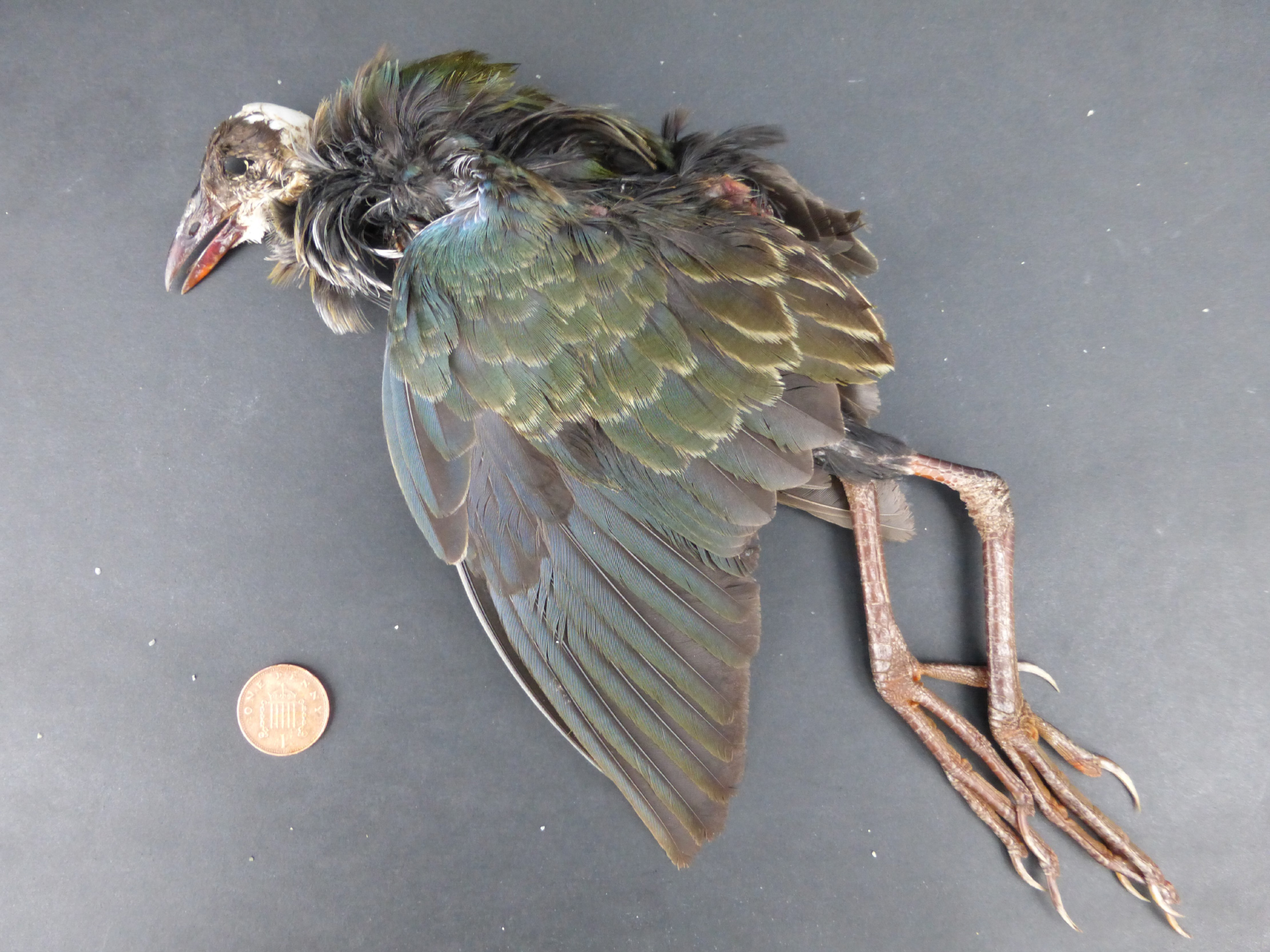 The good run of Iberian Chiffchaffs continued with four confirmed (and a further two possibles heard), these including new birds at Kilnsea, E Yorks, on 9–10th and Seaforth, Lancs, on 9th. Strangely, there was no sight or sound of the Telford bird on 8th and it hasn't been reported since; the Kent bird was last reported from Seaton Gravel Pits on 6th. 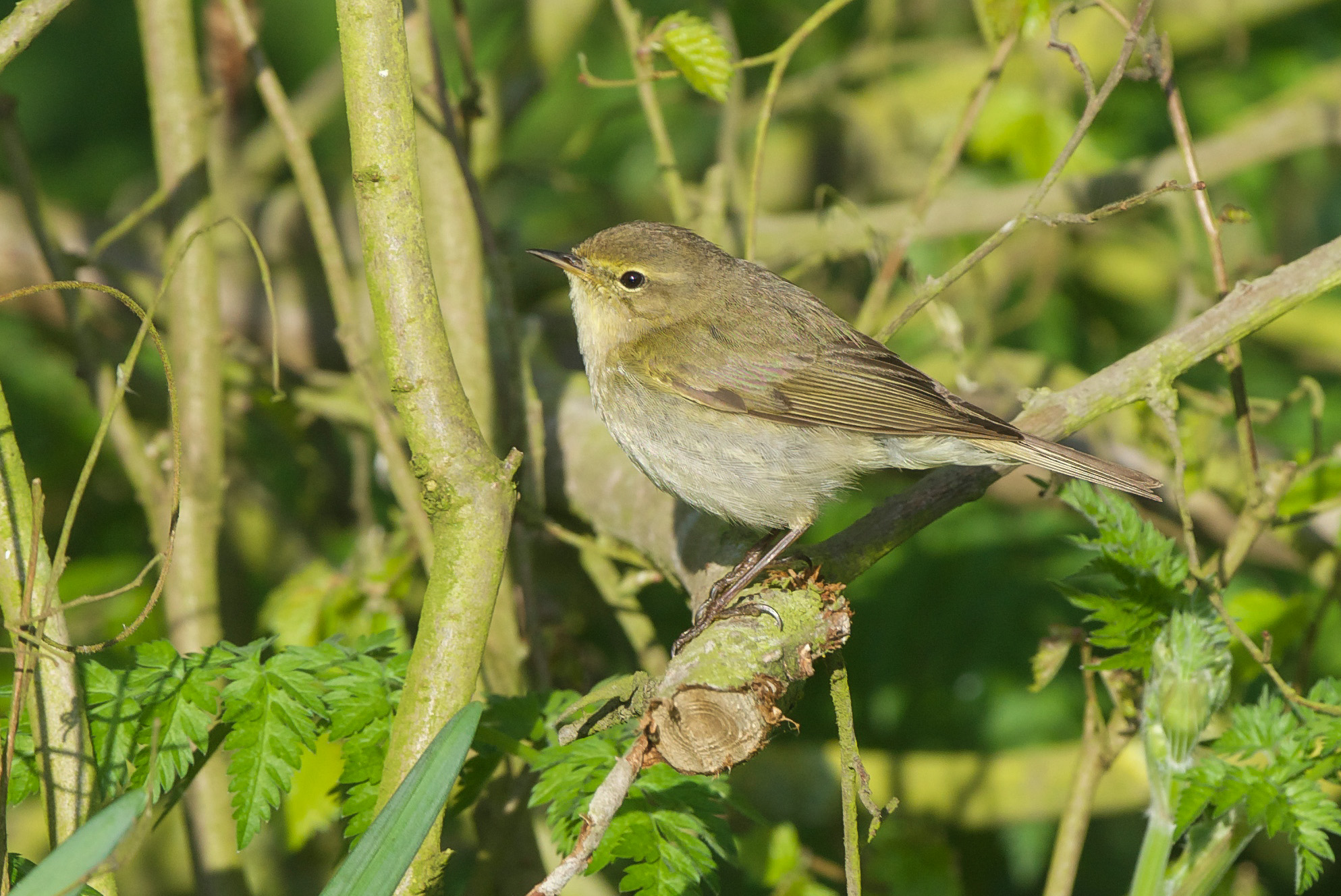 The first Western Subalpine Warblers were right on cue this week with a male trapped at Kilnsea, East Yorkshire, on 7th and another on St Agnes, Scilly, from 9th. A Red-rumped Swallow trapped at Porth Hellick, St Mary's, on 10th was already the third for Scilly this spring and a fourth followed on St Agnes on 11th. Others were brief in Cornwall on 9th, Northumberland on 10th and East Yorkshire on 11th. Back on St Mary's up to two Purple Herons persisted (though one was moribund on 11th), and the Little Bittern was last noted on 5th. 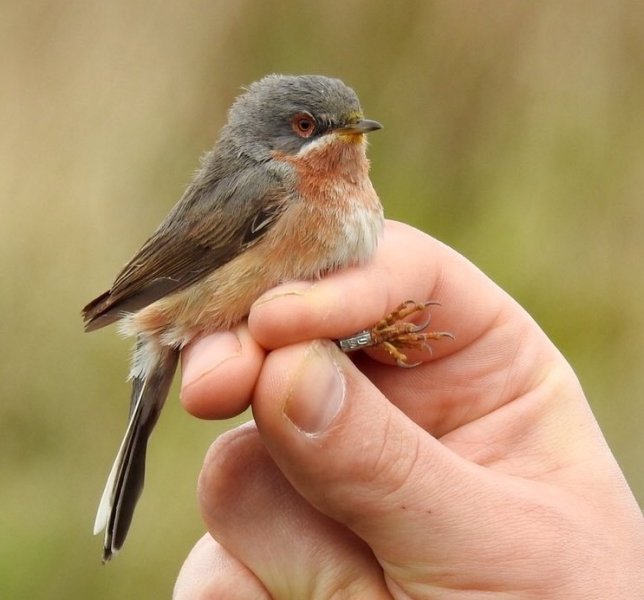 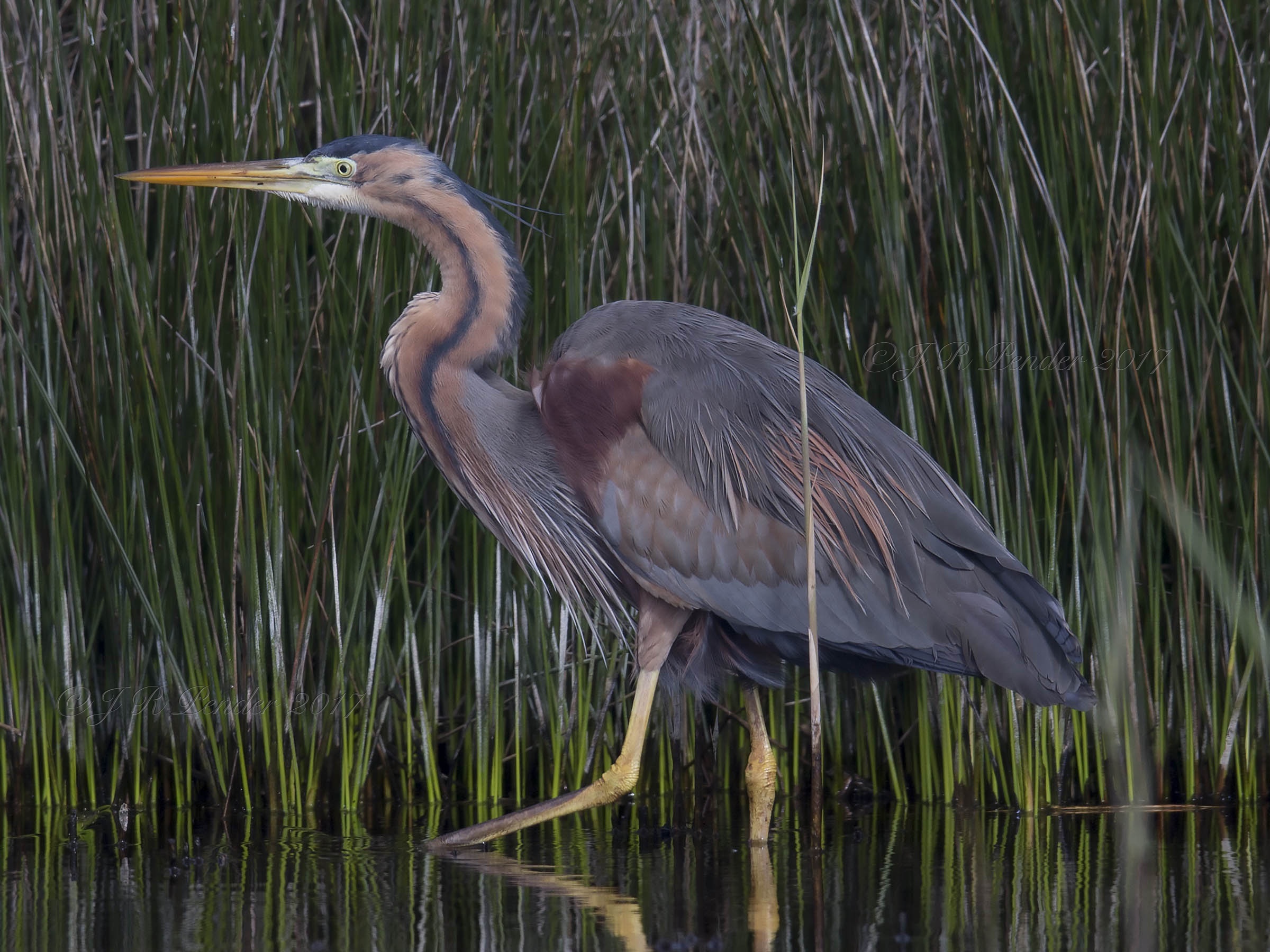 Four of this week's five Woodchat Shrikes were in Cornwall and included one still at Cot Valley all week. The only bird elsewhere was at Brownstown Head, Co Waterford, from 8th. Just a single Alpine Swift was logged this week — at Rosslare Backstrand, Co Wexford, on 8th. It's not been a vintage spring for Eurasian Hoopoes so far and there were just four confirmed records this week, from Scilly, Cornwall, Norfolk and Cheshire. The first Eurasian Wrynecks of the year were at Nanjizal, Cornwall, on 9th and alongside the rock thrush on St Martin's, Scilly, on 10th. European Serin reports came from Weybourne, Norfolk, and Nanjizal Valley, Cornwall, on 5th, New Passage, Glos, on 6th, Sandy Point, Hants, from 5–8th, Reculver, Kent, on 7th and over Titchwell, Norfolk, on 9th. 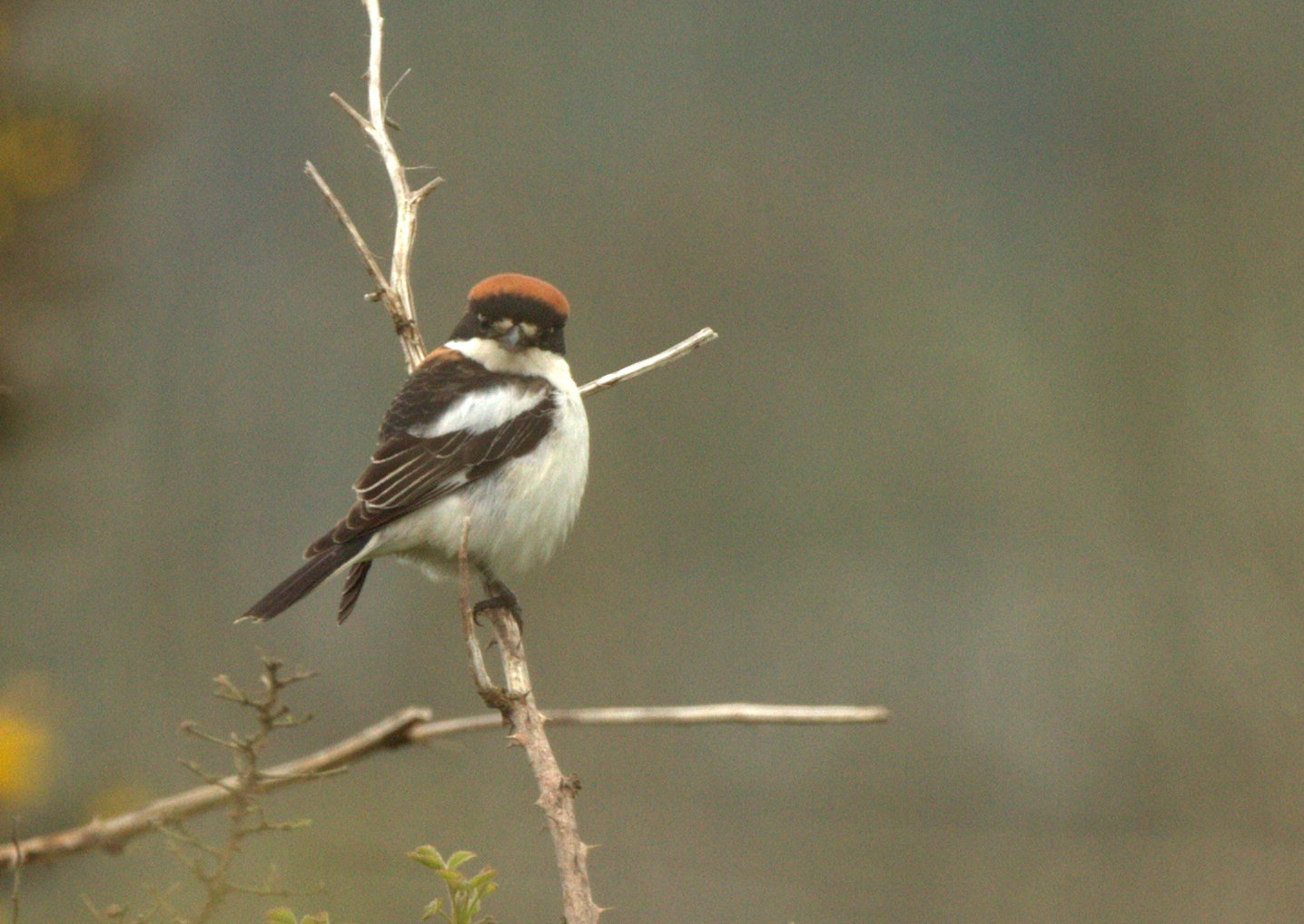 Yet again there was a bemusing array of White Storks on offer, most of which are presumably untickable birds originating from collections. The green-ringed bird visited Rutland Water this week, while a red-ringed individual flew over Potter Heigham, Norfolk, on 9th. Up to two were near Fakenham, Norfolk, with two over Wallsend, Northumberland, on 10th. There were also reports from Suffolk and Essex. Glossy Ibises at Abberton Reservoir, Essex, on 6th and Lakenheath Fen, Suffolk, from 6–10th were the two 'new' individuals seen; elsewhere birds remained in situ in Somerset (2), Leicestershire, Cambridgeshire and the Isle of Wight. Cattle Egrets were noted at 40 sites. The first adult Night Herons of the spring were found at Venus Pool, Shropshire, on 7–8th and at a private site near St Ives, Cornwall, on 8th. 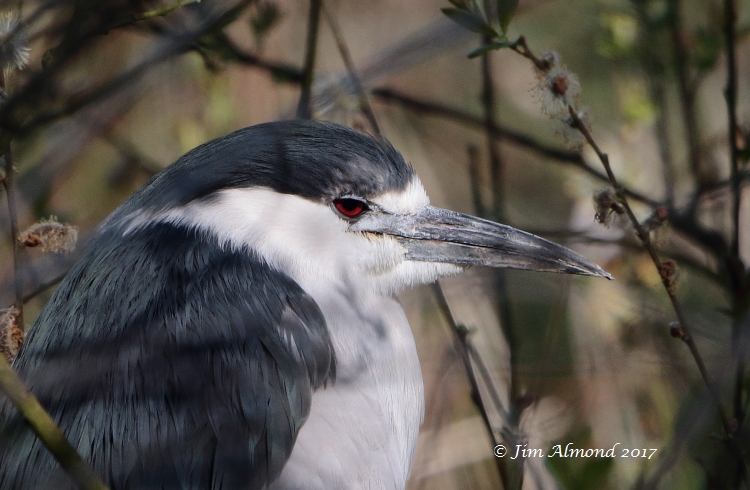 A few birders appear to be making the long journey up to Loch Feorlin, Argyll, as the Pied-billed Grebe was reported regularly this week. Meanwhile the American Coot remained at Balranald, North Uist, to at least 10th — though it'll presumably be heading off very soon. Single White-billed Divers were noted off Portsoy, Aberdeenshire, and Burghead, Moray/Nairn, this week, the latter county also producing two at Cullen. Further records came from Barra, Outer Hebrides, and Papa Westray and South Ronaldsay, Orkney. 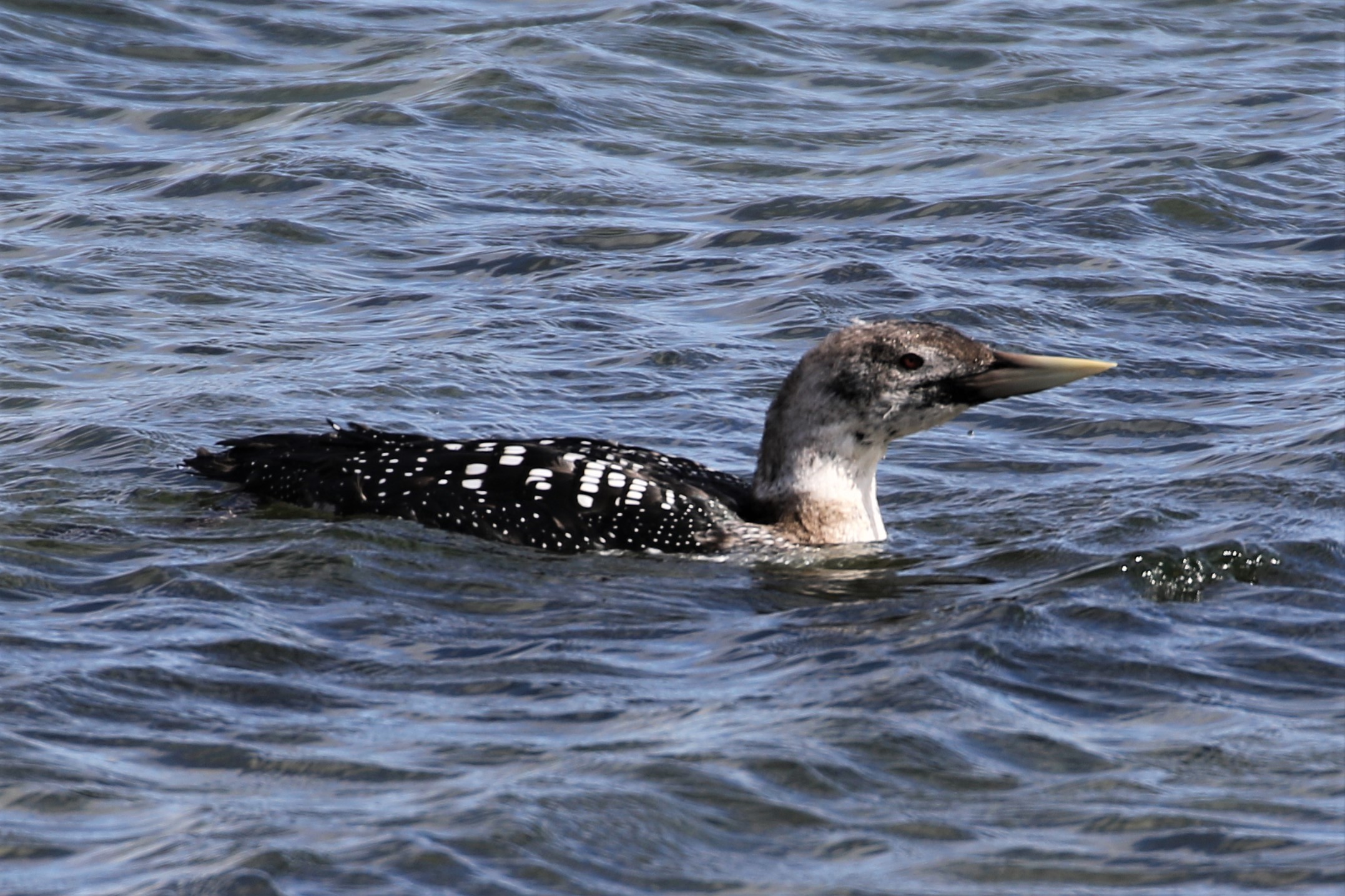 Wildfowl migration was evidenced by short-staying drake American Wigeon appearing at Inch Island Lake, Co Donegal, on 8th and Breydon Water, Norfolk, on 9th, in addition to the female apparently leaving Holt, Worcs, on 6th, though the male at Highland's Udale Bay remained present to at least 10th. Eight Green-winged Teal included a couple of new drakes in Aberdeenshire and another at Shannon Callows, Co Offaly. The American Black Duck continued at Strontian, Highland, to 10th. The Glamorgan Ring-necked Duck resurfaced in Cardiff Bay on 5th and has been there ever since; it was one of seven of its kind seen. In Orkney the Lesser Scaup was again at Loch of Boardhouse on 7th, while the Ferruginous Duck once again returned to Washington WWT, Durham, on 10th. Surf Scoter were logged off the coasts of Fife, Lothian and Co Clare, and the King Eider continued to float around off Fort George, Highland. The only geese of note were lingering Black Brants in Lincolnshire and East Yorkshire. 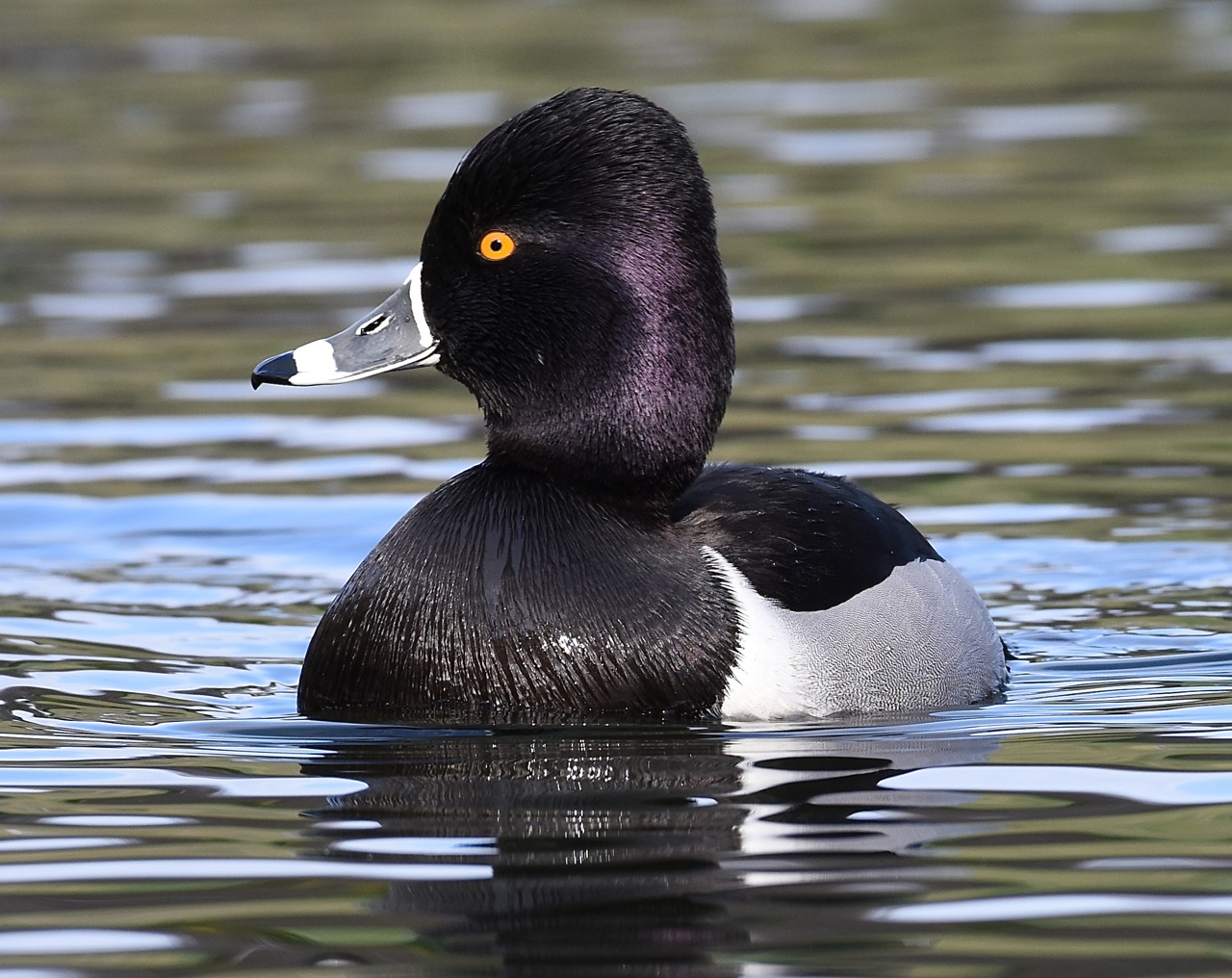 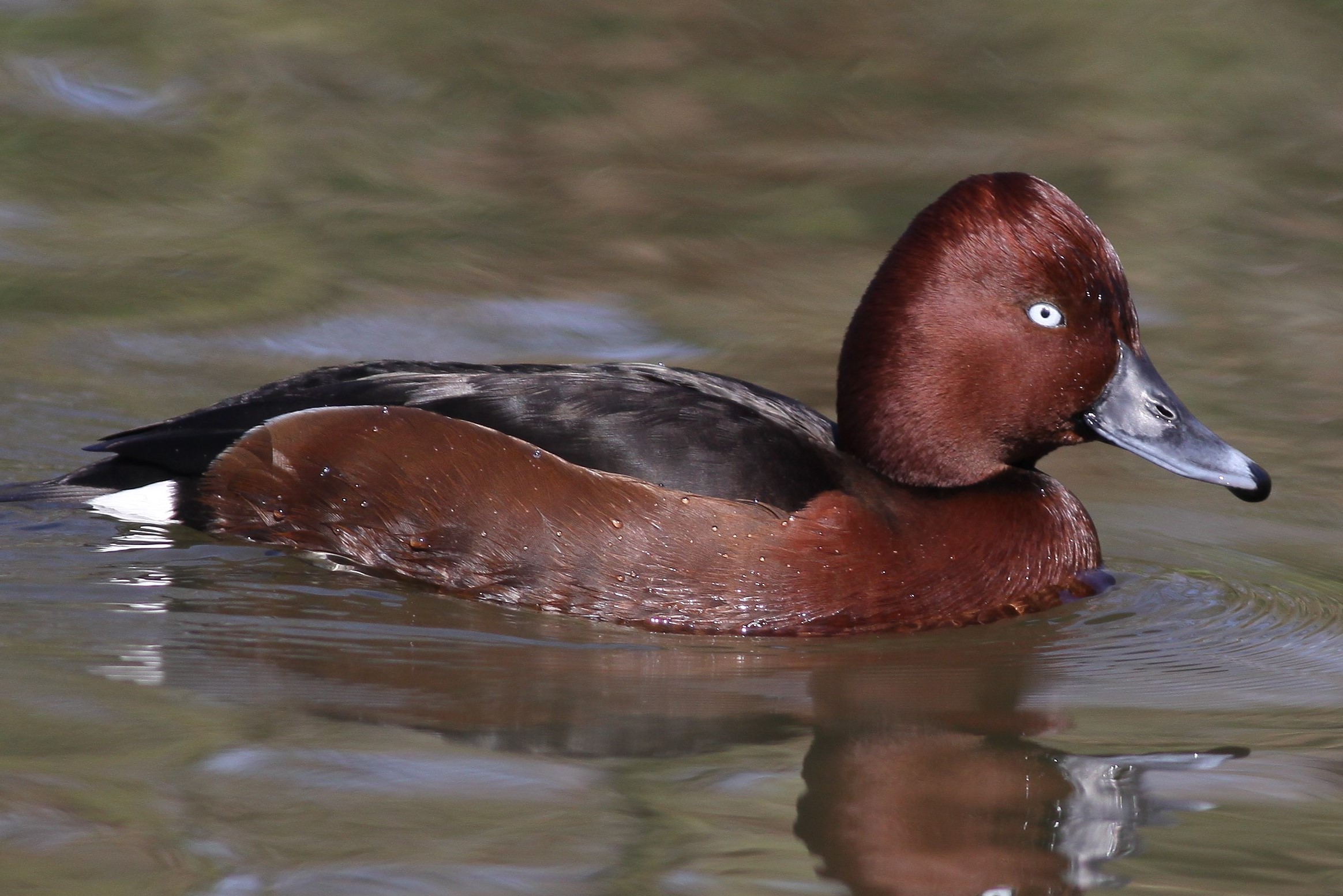 The white-morph Gyr was seen again at Loch Stiapavat, Lewis, on 8th and the Northern Harrier continued to frequent North Ronaldsay, Orkney. Black Kite reports came from Durham and Essex on 5th, Suffolk on 6th and Kent on 10th, with the long-staying escape also logged again at Wrentham, Suffolk. A White-tailed Eagle flew over Hay-a-Park, North Yorks, on 11th. 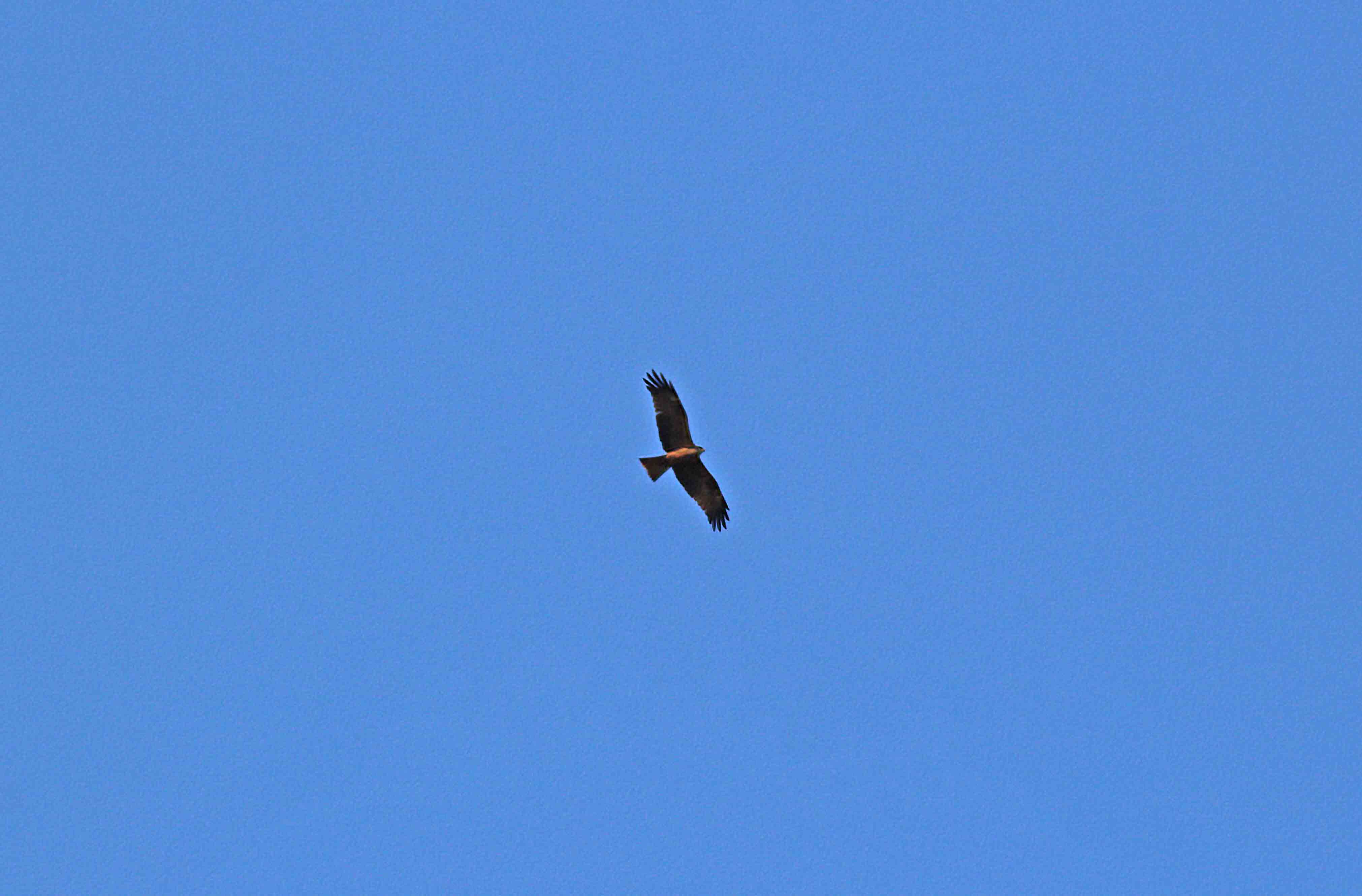 The Hudsonian Whimbrel was last reported at Perranuthnoe, Cornwall, on 8th (there was no sign on 9th and 10th). It also appears the Killdeer might have cleared out, with no positive reports forthcoming from Sandwick, Shetland, after 5th. Dorset's Lesser Yellowlegs at Lytchett Bay, however, remained throughout the week — as did the Long-billed Dowitcher at Tacumshin, Co Wexford, and the Temminck's Stint was seen again in Staffordshire on 10th. Another Lesser Yellowlegs was found at Laugharne, Carmarthenshire, on 7th and was still there on 11th. Up to four Black-winged Stilts entertained visitors to Vange Marsh, Essex, this week and a female arrived at Meare Heath, Somerset, on 11th. Always notable these days, a male Kentish Plover at Breydon Water, Norfolk, on 9–10th was popular. 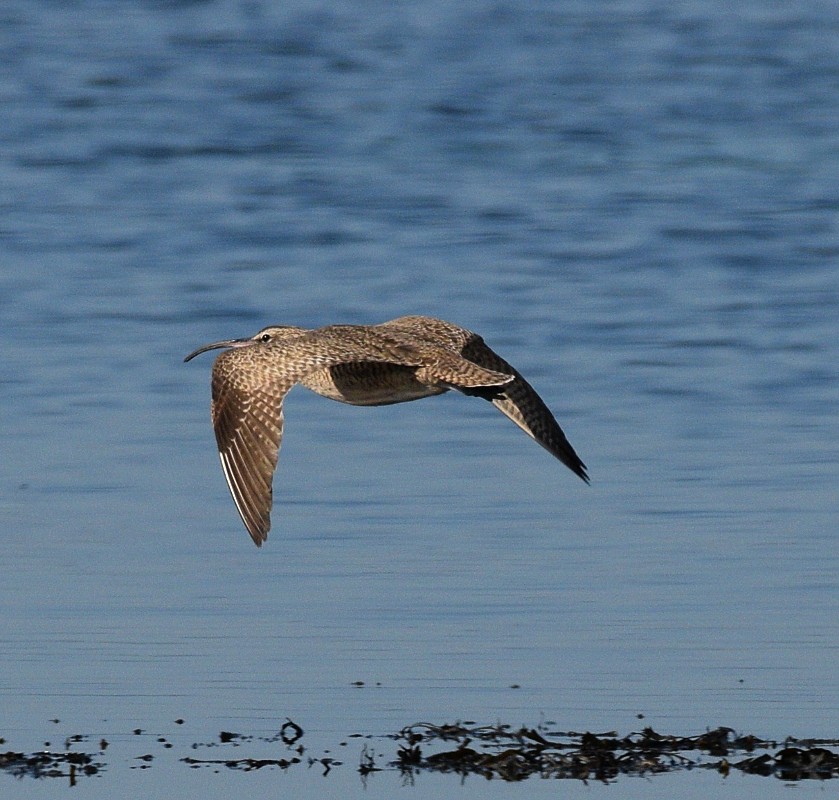 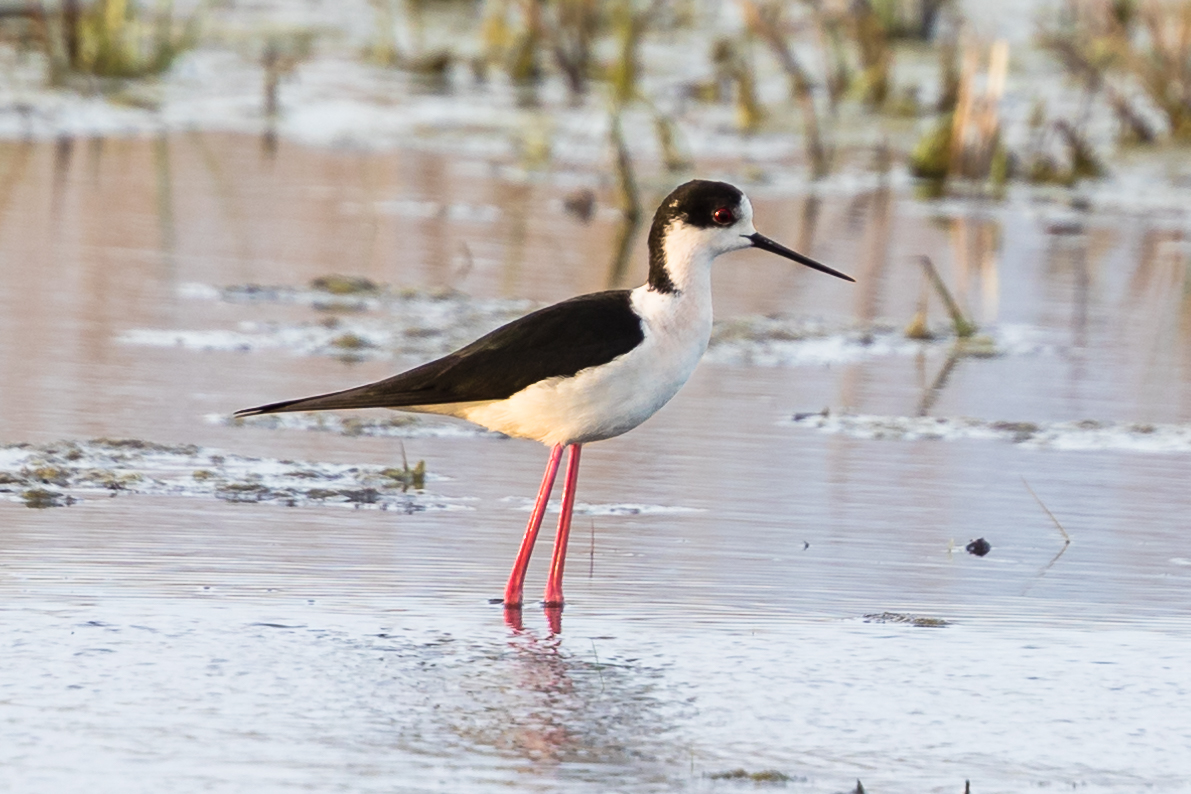 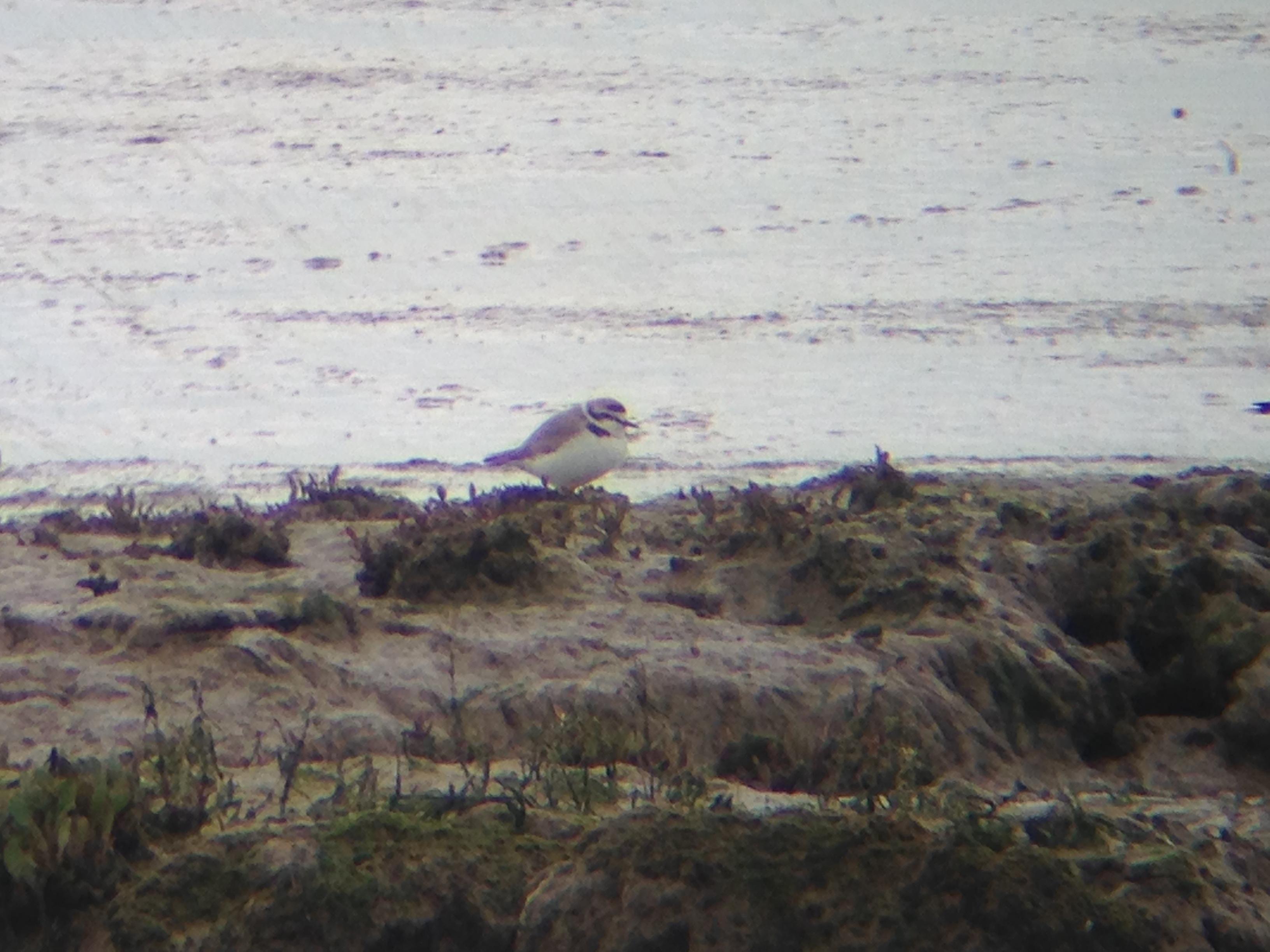 Two more Bonaparte's Gulls were found this week: an adult at Llangorse Lake, Powys, on 7th and a second-calendar-year at Farmoor Reservoir, Oxon, from 8th. This is the fifth for Farmoor, no less — and all have occurred since 2000. A brief adult Ring-billed Gull at Upton Warren on 7th was a great record for Worcestershire. A second calendar year was found at Kinnegar Shore, Co Down, on 9th and elsewhere birds remained in Co Kerry, Co Dublin and Cornwall. The American Royal Tern also lingered on Guernsey — it was reported at Belle Greve Bay on 7th. 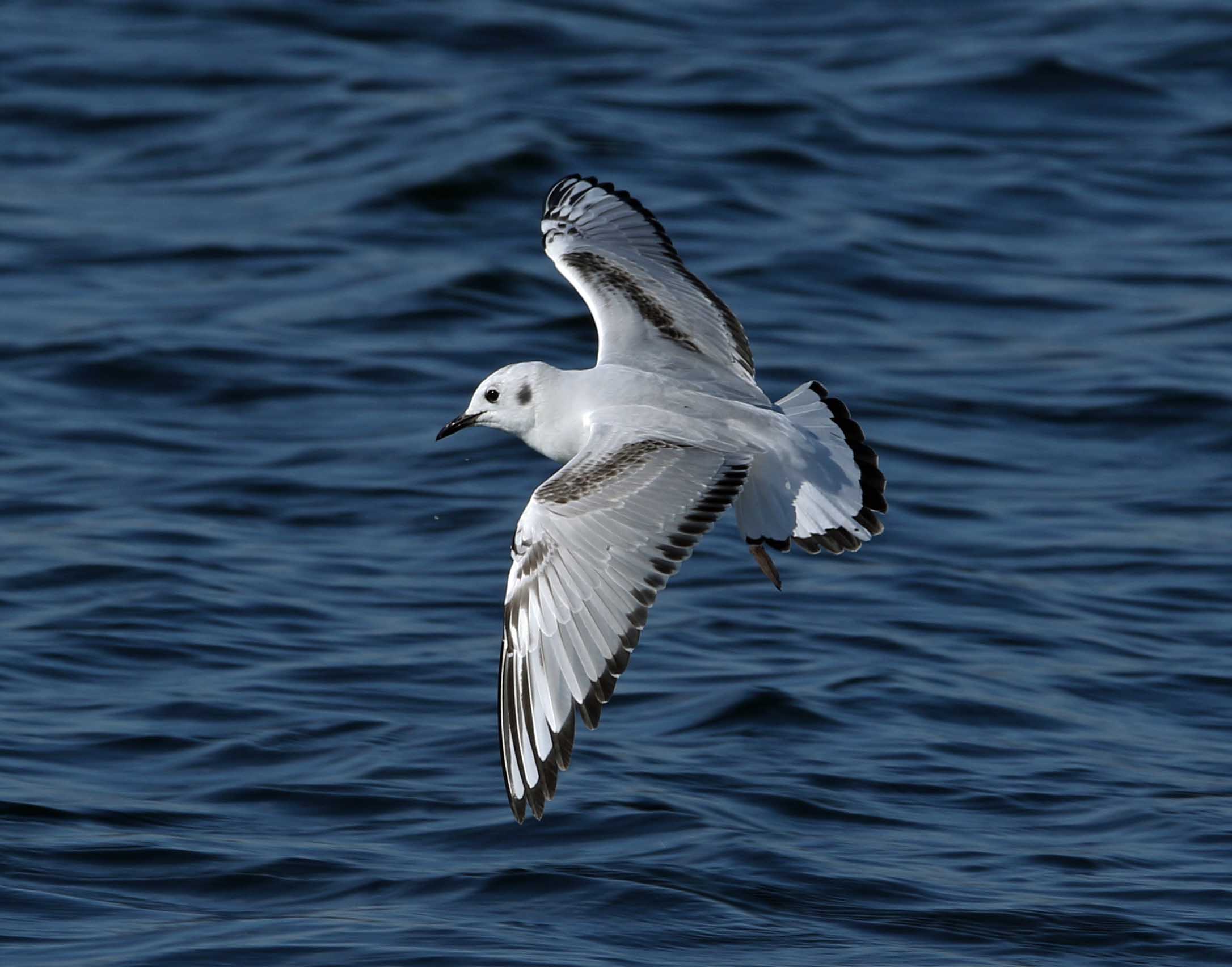 Yellow-browed Warblers were noted in Cheshire, Shropshire, Devon (2) and Cornwall, while Great Grey Shrikes were at 13 sites nationwide. Two Richard's Pipits were still at Abbotsbury, Dorset, on 6th, and a Little Bunting was photographed at Lynford Arboretum, Norfolk, on 8th. Shore Larks remained at five sites, with an impressive 17 still at Long Nab, North Yorks, on 11th and inland records from Shropshire and South Yorkshire. 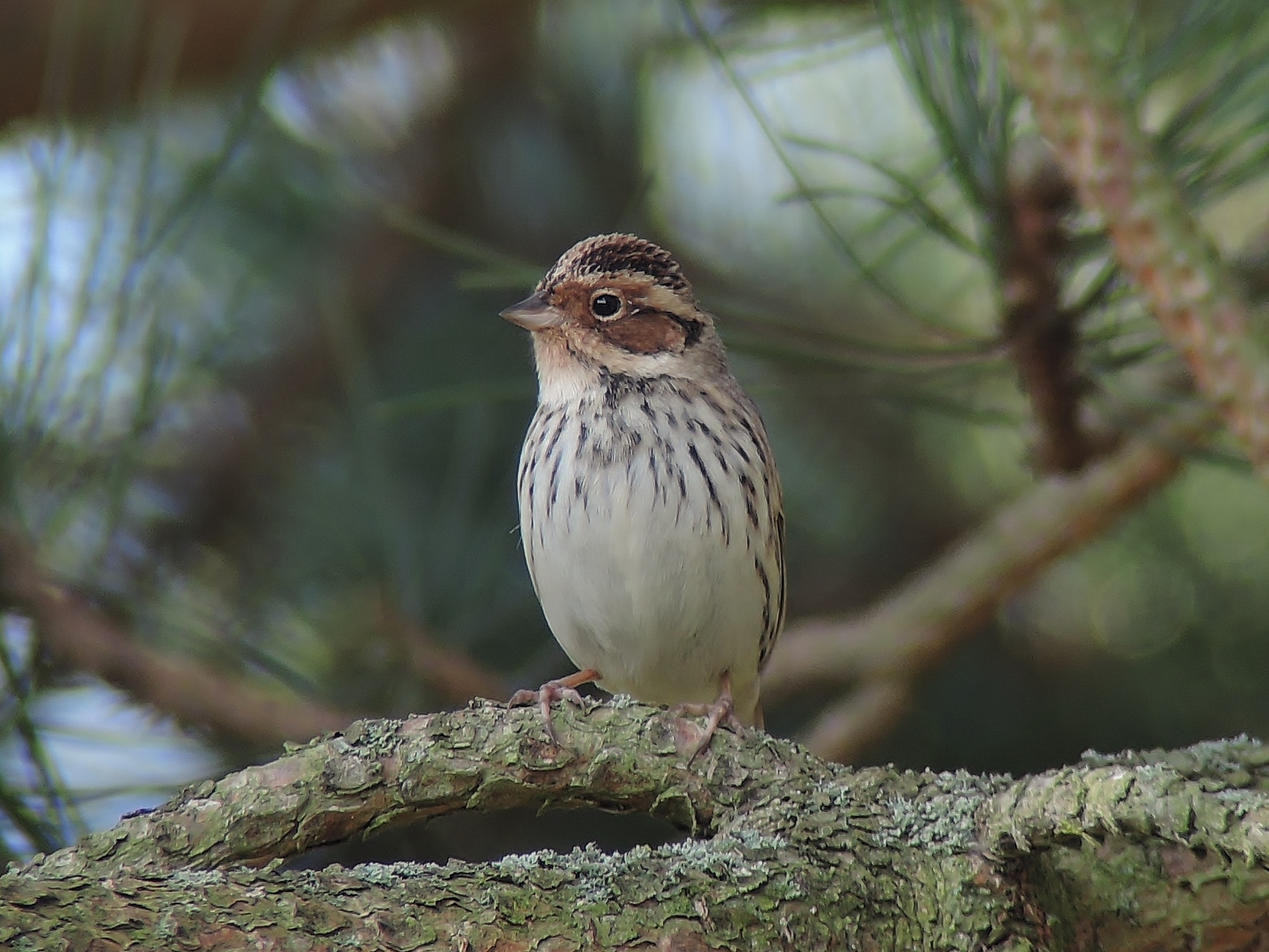 Finally, it's worth mentioning that a yellow-variant male House Finch, lacking rings or any other obvious signs of captivity, frequented a garden in Haverigg, Cumbria, for five days to 8th. It's virtually seven years now since many tens (hundreds) of birders twitched a similar bird at Land's End, Cornwall, that bird later taking up residence at East Prawle, Devon, for several months. 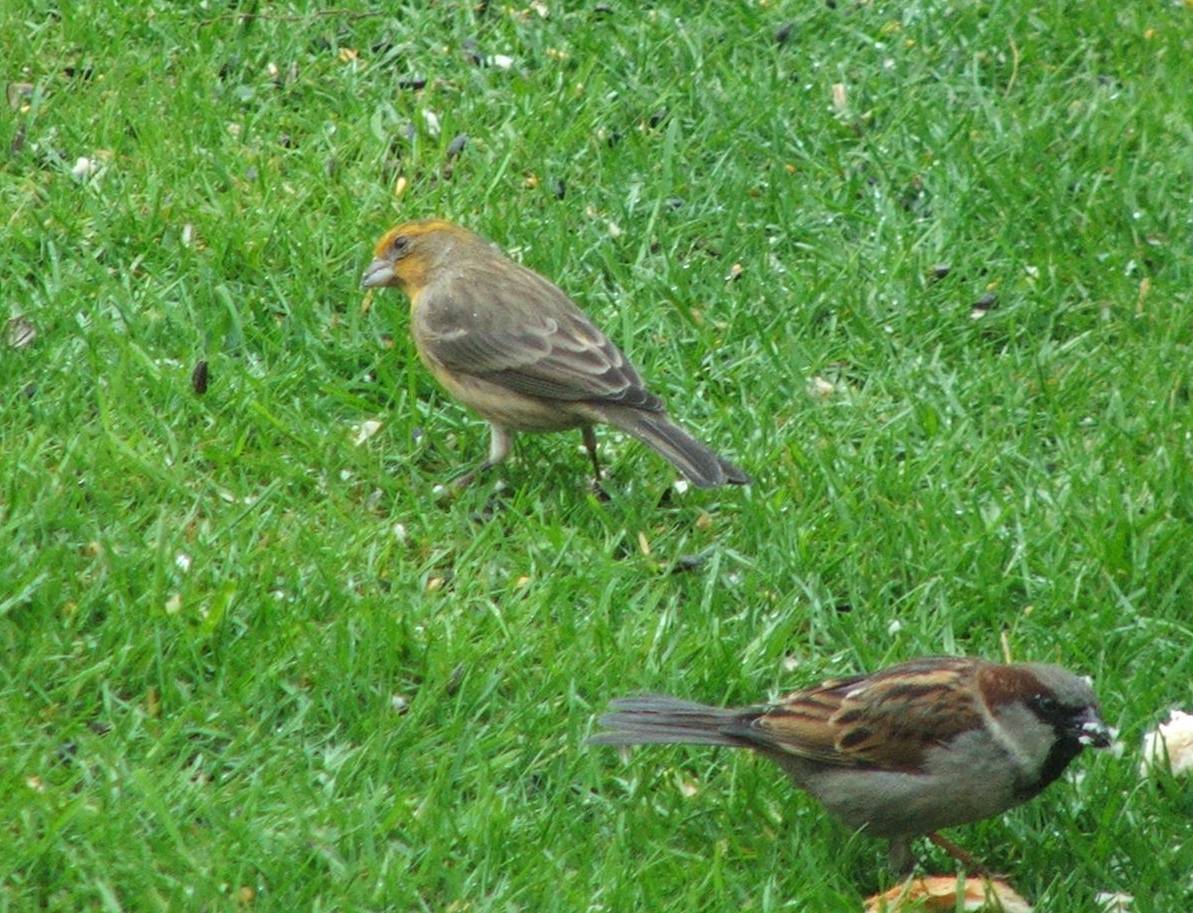 It was great to hear that the Black-browed Albatross was back once again on Heligoland, Germany, on 5th. It was still there the next morning but was soon off again and relocated to another of its favourite 2016 haunts, Sylt, on 10th — twitching it this summer could be a bit of a lottery again.

A Lammergeier flew over Rijssen, Netherlands, on 10th and the Blyth's Pipit lingered on in that country at De Biesbosch. A Black-winged Kite at Destelbergen, Belgium, on 9th was another tantalizing occurrence for British birders.

Israel's Bateleur was still in the Gal'on area on 4th and the country's ninth Pink-backed Pelican dropped down in the Beit Shean valley on 9th. A Long-toed Stint was found at Doha, Kuwait, on 11th. A Bar-tailed Lark was at Cape Drepanum, Cyprus, on 7–8th and the island's first Desert Finch appeared at Cape Andreas on 5th. A drake Black Scoter was seen at Kuznica, Poland, on 8th. 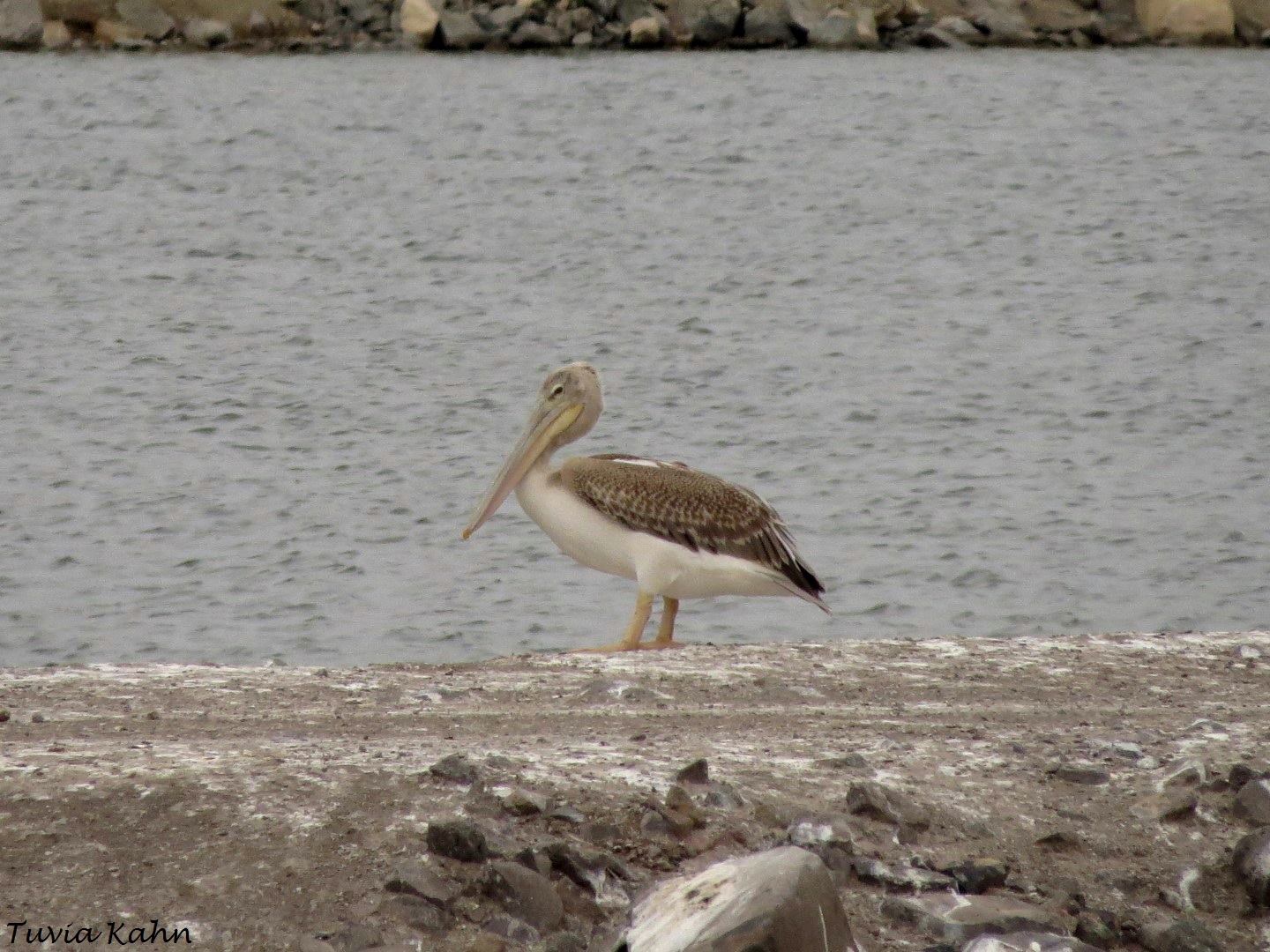 A pale-morph Booted Eagle photographed heading north over Ouessant Island, France, on 8th seemed destined for Scilly but has not yet appeared there. Spain's ninth Blue-cheeked Bee-eater appeared at Tahivilla, Cádiz, while the first of that species for Fuerteventura appeared on the island on 9th.