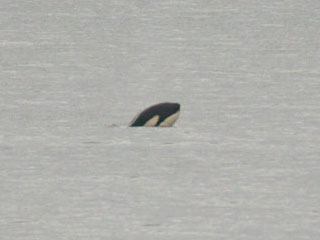 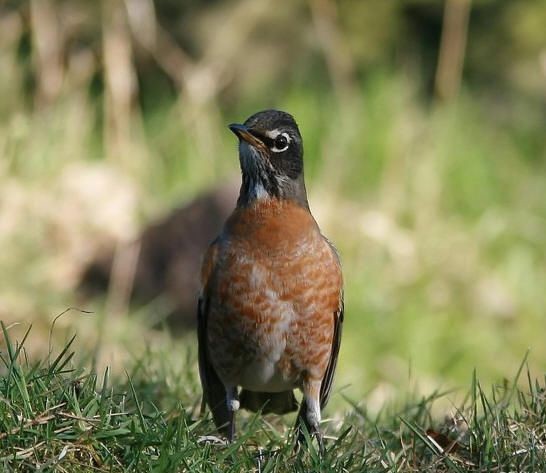 There was little change in events during the week. A 1st-winter Ross's Gull was on Loch Fyne (Argyll) off Portavadie on the 11th and was still present on the 14th. Presumably this is the same bird that was present earlier in the year at Ormsary in Argyll. The American Robin remained in West Yorkshire at Bingley, as did the fine male Black-throated Thrush at Rothesay on the Isle of Bute. However, for many, the event of the week did not involve a bird, but was the fine sight of at least one Killer Whale in the Firth of Forth! 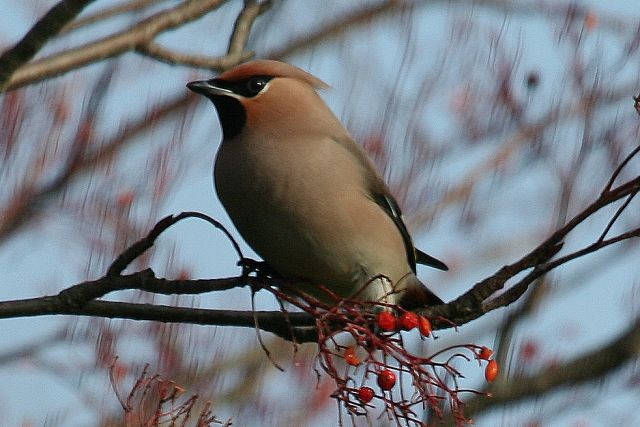 
The Little Bunting remained at Amwell GPs (Herts) as did the Penduline Tit at Rainham Marshes (London), whilst there was a report of a Pallas's Warbler at Bromley (London) on 13th. A trio of Yellow-browed Warblers included singles at Hawley (Hants), Countess Weir (Devon) and Penzance (Cornwall). The only Great Grey Shrike sightings involved singles at Holm Hill (Hants) and Perthcelyn (Glamorgan). Waxwings were thinly distributed along the east coast, with the only notable double-figure counts 40 at Blair Atholl (Perth and Kinross) and 30 Skelton (Cleveland). Four Shore Larks remained at Coldharbour (Kent) and singletons were at Cresswell (Northumbs) and inland at Holmfield (W. Yorks). In East Anglia flocks were seen at Cley and Caister-on-Sea. The only Lapland Buntings to be reported were five at Theddlethorpe (Lincs) and one at Shell Ness (Kent). 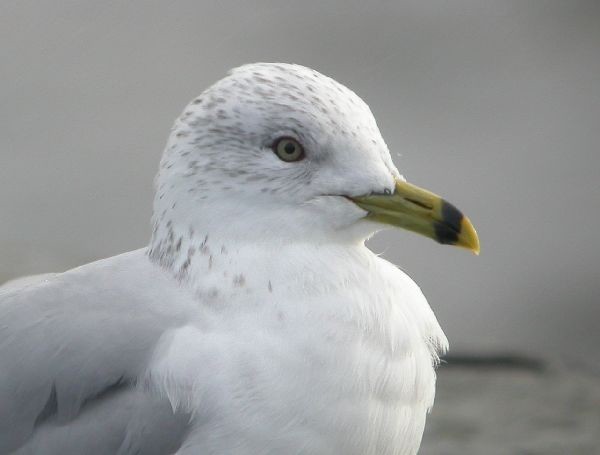 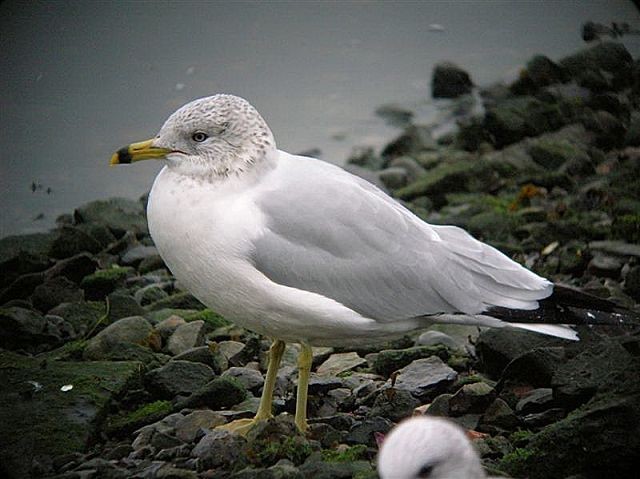 
The adult Forster's Terns remained at Nimmo's Pier (Co. Galway) and Pilmore Strand (Co. Cork), and the 1st-winter Bonaparte's Gull was still on St. Mary's (Scilly) as was the adult at Ferryden (Angus/Dundee) and another adult was in Co. Cork. Twenty Ring-billed Gulls was a good showing, with up to six at Nimmo's Pier (Co. Galway). Iceland Gulls were still present in decent numbers, with up to 22 at Nimmo's Pier and 12 at Belfast Lough (Co. Antrim). There were also several Kumlien's Gulls reported and at Nimmo's Pier the American Herring Gull remained. The only seabird news of note involved single Balearic Shearwaters past Prawle Point (Devon) on 11th and 12th, with another passing St. Ives (Cornwall) on the 11th. 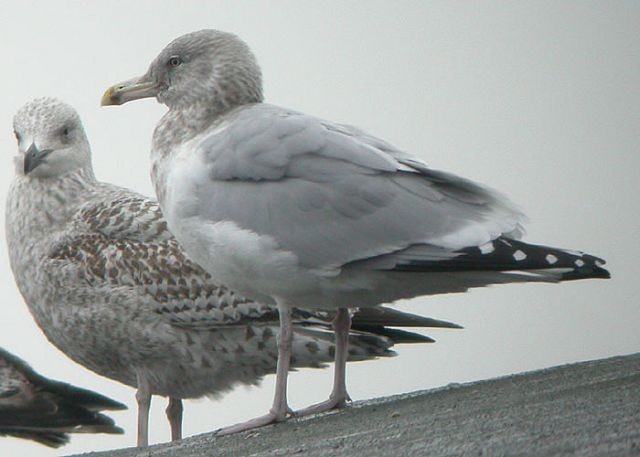 
The long-staying Long-billed Dowitcher remained at the Oare Marshes (Kent), as did the lingering bird at Dundalk (Co. Louth). The wintering Spotted Sandpiper continued to show on the Hayle Estuary (Cornwall), as did the Lesser Yellowlegs at Rosscarbery (Co. Cork), with the Thornham (Norfolk) bird again reported on the 10th. A possible Grey Phalarope was reported off Hunstanton (Norfolk) on the 11th. 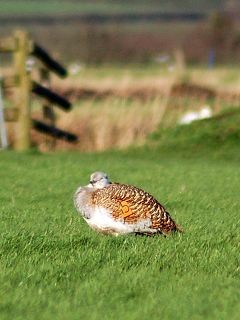 
The Snowy Owls were again reported from Lewis (Outer Hebrides) and Termon Hill (Co. Mayo). In Norfolk the Black-eared Kite could still be found in the Snettisham area and in Kent the wintering Rough-legged Buzzard was still on the Isle of Sheppey. Two more Night Herons, of unknown origin, put in an appearance, with a juvenile at Mickletown (W. Yorks) on 13th and an adult at Bavelaw Marsh (Lothian) on 14th - presumably an aviary somewhere is a few birds short? The released Great Bustard remained in Somerset, but the only Spoonbills were singletons in Dorset, Cornwall and Co. Kerry. 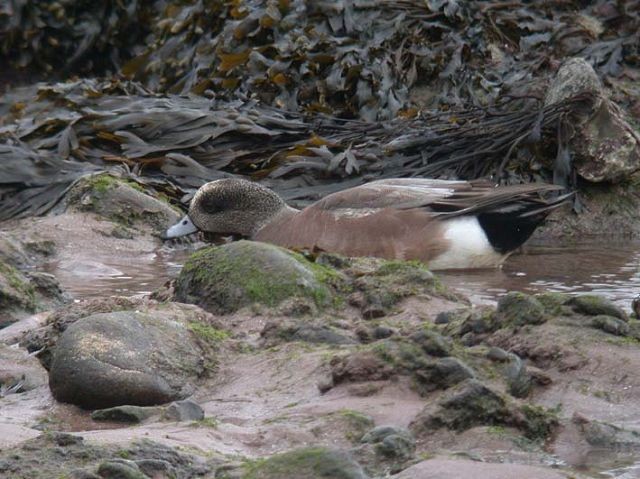 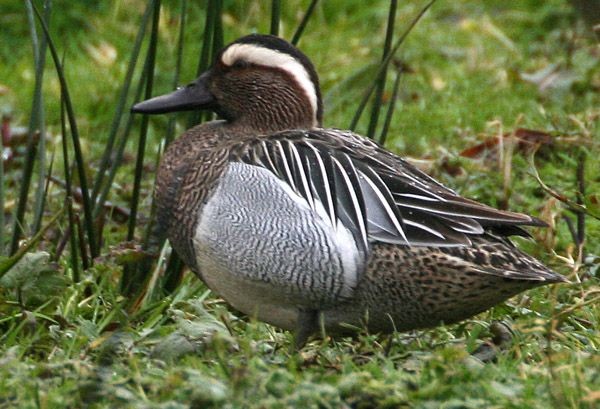 
There was little fluctuation in the rare ducks on offer, though a drake King Eider was at Bay of Clachtoll (Highland) from 9th onwards. The drake Barrow's Goldeneyes remained in Forth and Co. Down and the female Bufflehead was still in Co. Clare. Lesser Scaup included birds still at Sonning Eye (Oxon), two on Benbecula (Outer Hebrides) and females at Clea Lakes (Co. Down) and Caerlaverock (Dumfries and Galloway). The female Ferruginous Ducks were still at Elstow GPs (Beds) and New Hythe GPs (Kent) and there were 14 well-spread Ring-necked Ducks reported. 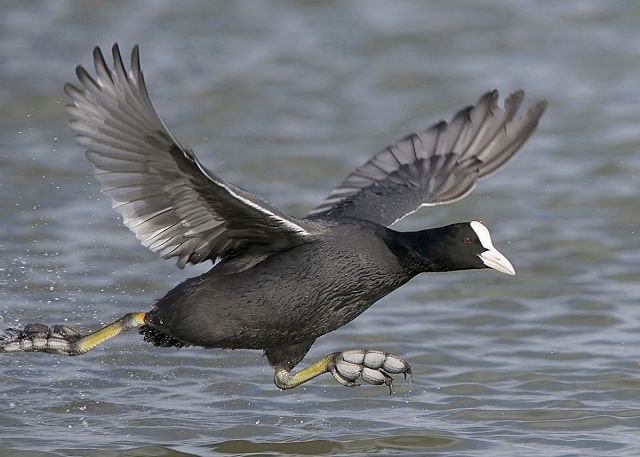 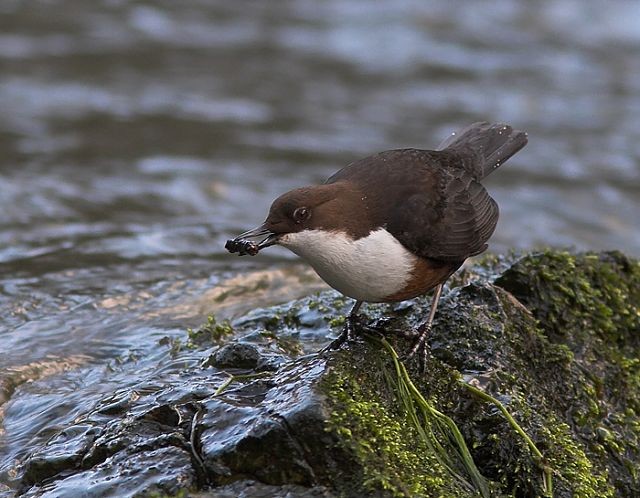 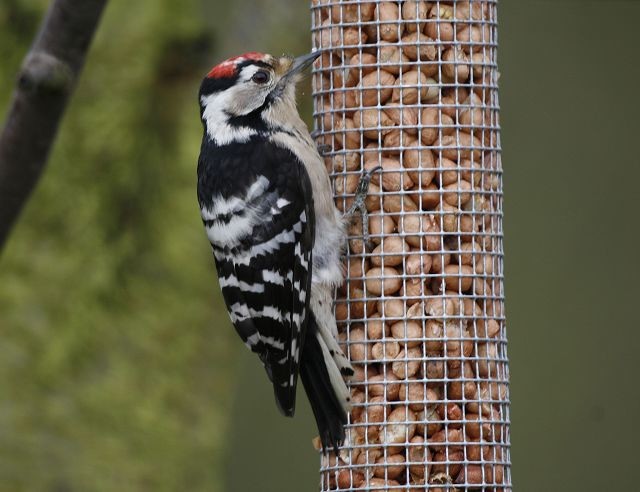 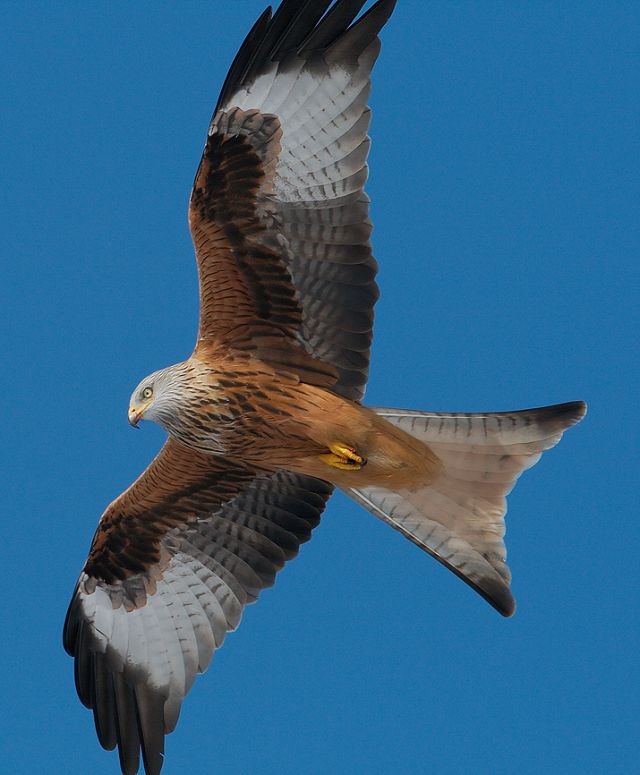 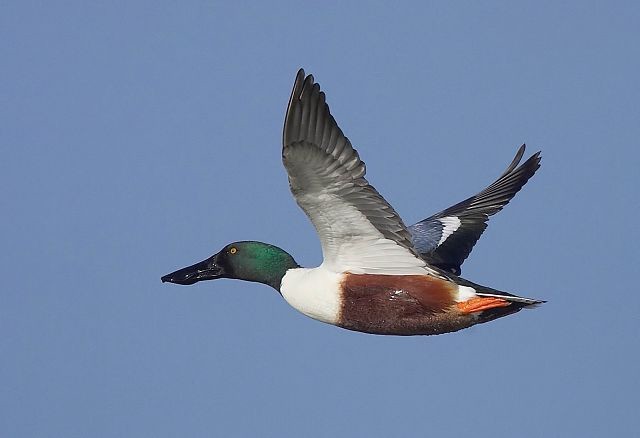