A fairly settled week on the rarity front, Ireland's Egyptian Vulture again took top billing. Although its daytime habits would remain unknown, it proved a reliable visitor to its roost site near Lough Funshinagh, Co Roscommon, until the morning of 12th, with no sign thereafter. Has its spring migratory urge kicked in, perhaps? 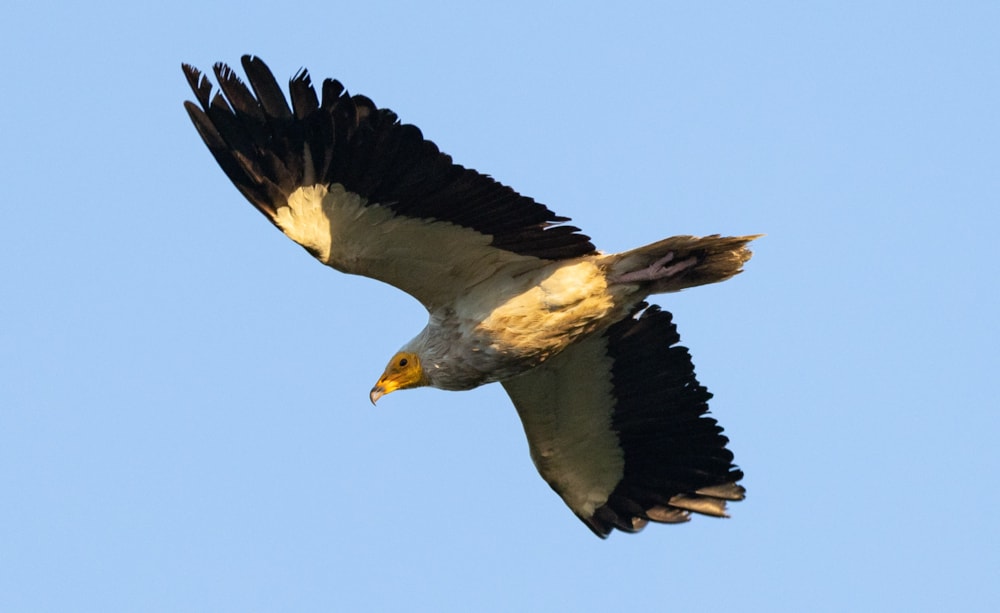 Again playing second fiddle a short distance away was the Double-crested Cormorant at Doon Lough, Co Leitrim, albeit it seems to be increasingly unreliable. Likewise, the juvenile Northern Harrier continued at Lough Boora Parklands, Co Offaly. Lancashire's Belted Kingfisher was back on the River Ribble at Brockholes LWT on 9th after a three-week hiatus.

Onwards to Co. Leitrim where the Double Crested Cormorant was showing well. It wasn’t happy when a Great Cormorant sat on the post it favoured and chased it off. pic.twitter.com/lAvjmkA0fl

An apparent female Stejneger's Stonechat proved a surprising March find at Holme Dunes, Norfolk, on 12-13th. All 10 of the accepted records so far – two of which were in Norfolk – are from the months of October and November. With no sign of the White-tailed Lapwing at Halton Marshes, Lincolnshire, after 6th, some wondered if that was the end of its seven-month stay in Britain. Those fears would prove unfounded – the famous adult cropped up again at Frampton Marsh RSPB from 9th, becoming this excellent site's 50th species of wader in the process. The adult Ross's Goose cut a popular figure with Pink-footed Geese between Newtonhill and Portlethen, Aberdeenshire, throughout, being the county's first in 10 years. 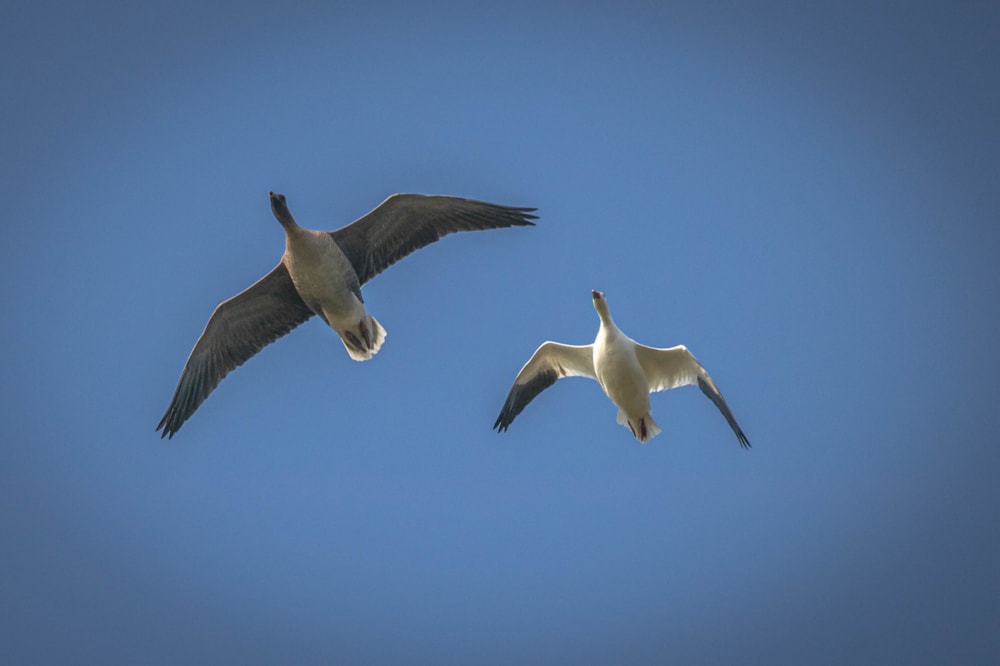 A number of Richardson's Cackling Geese remained in place, with at least three in Ireland – at Ballygilgan, Co Sligo, Doonbeg, Co Clare, and Termoncarragh Lough, Co Mayo – and three in the Hebrides – at Balranald RSPB, North Uist (two), and Ellister, Islay. 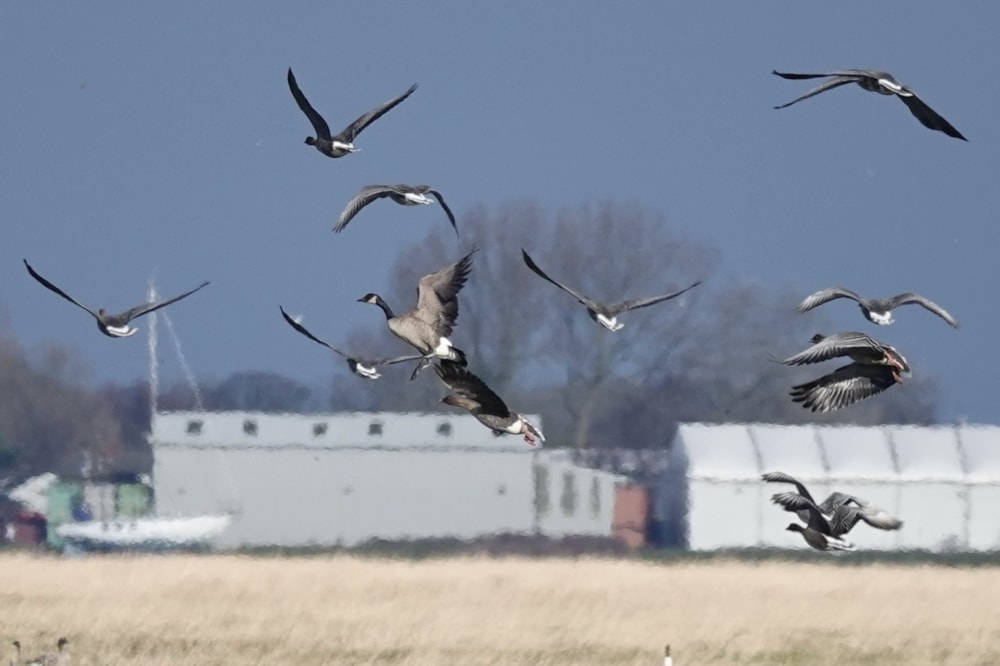 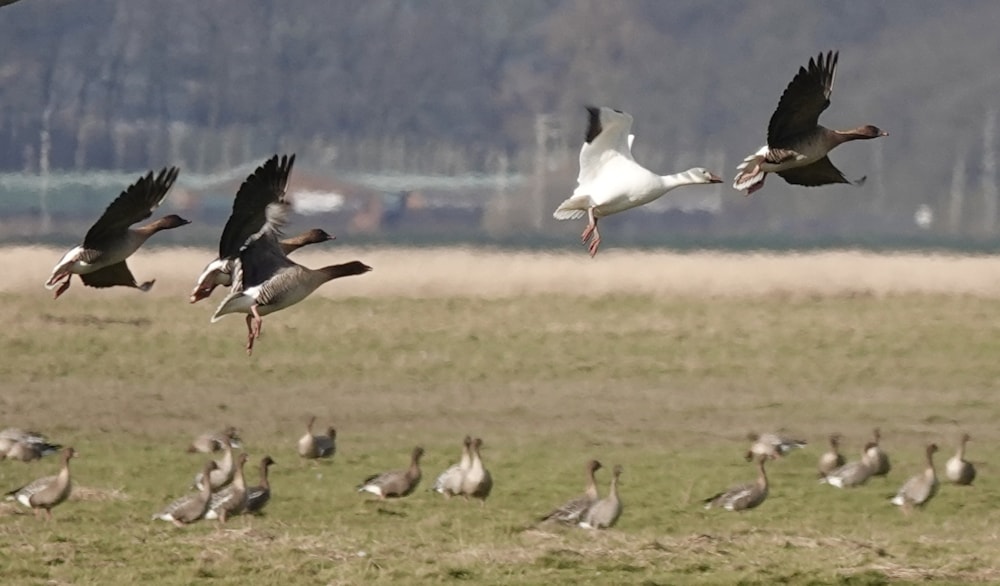 Wintering Red-breasted Geese were noted at South Fambridge, Essex, and Cley Marshes NWT, Norfolk, the latter alongside a Black Brant. Other Black Brant included two in Dorset and two at Kilnsea, East Yorkshire. The drake American Wigeon at Frampton Marsh RSPB, Lincolnshire, played second fiddle to the site's White-tailed Lapwing, with others still at Crook of Baldoon, Dumfries & Galloway, Loch Bee, South Uist, and Ballyallia Lake, Co Clare. Nine Green-winged Teal comprised four in England, four in Scotland and one on the Isle of Man, the latter reported for the first time since late January. 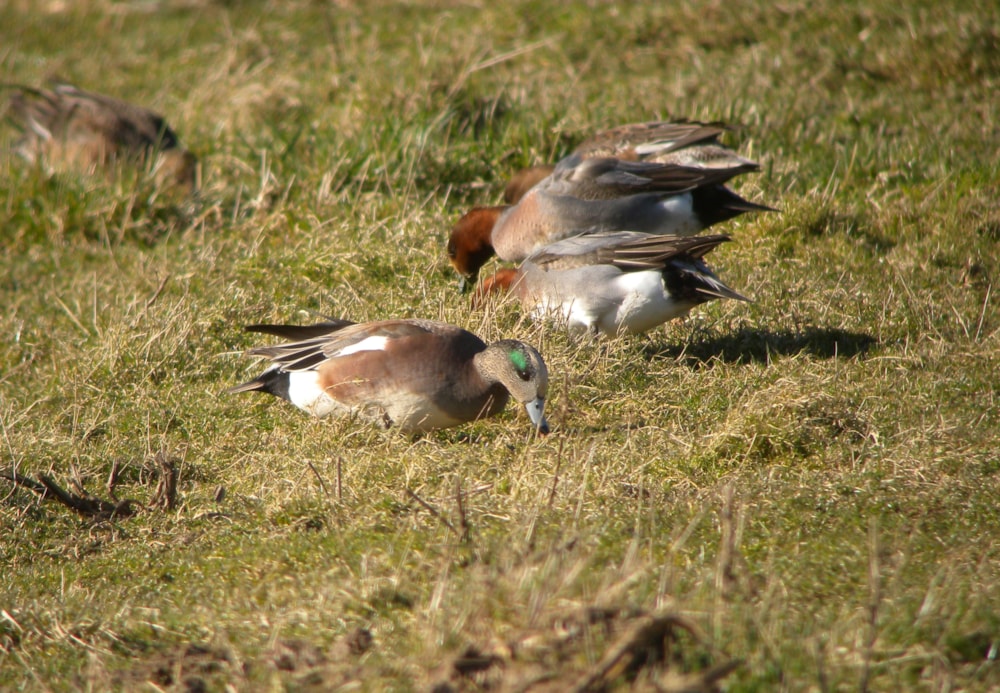 The Hebrides again notched up the bulk of the week's Lesser Scaup, with no fewer than seven split between Benbecula, South Uist and Islay. Elsewhere, birds remained at Coatbridge, Clyde (two), and Abbotsbury Swannery, Dorset. Ring-necked Duck were again widespread and a respectable 47 were split between 33 sites, with new drakes at Bicton Park, Devon, on 8th and Blair Drummond, Forth, on 13th. The following day, the drake Ferruginous Duck was last noted near Dorchester-on-Thames, Oxfordshire. 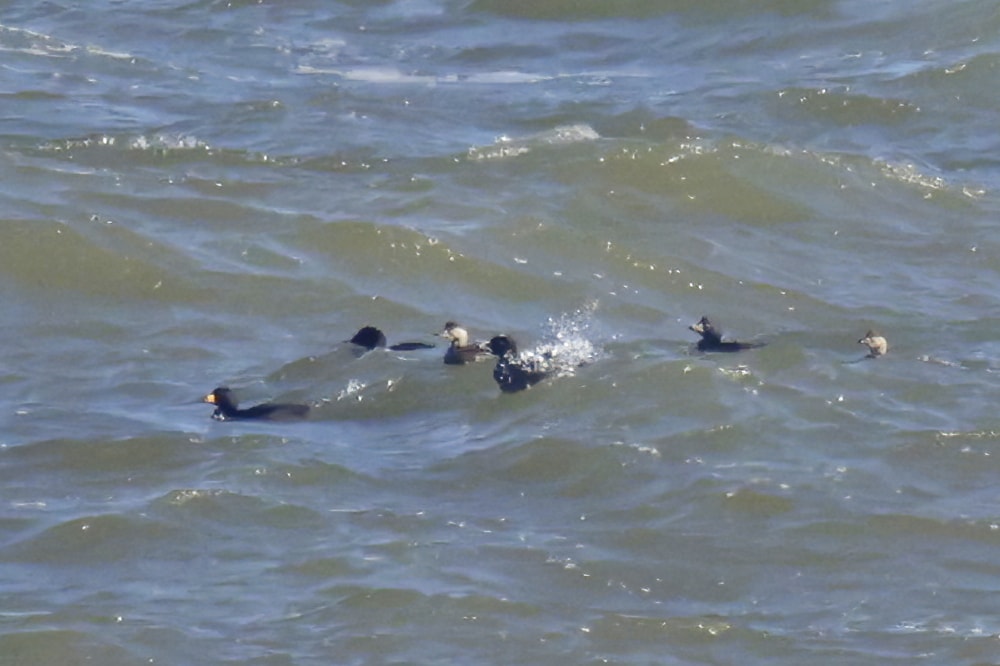 Lothian's young King Eider was reported off Musselburgh on three dates this week, with the Nairn adult last reported on 8th. At least one White-billed Diver remained mobile off Stag Rocks, Northumberland, with another south past Cocklawburn Beach on 7th; the same day one returned to Burghead, Moray. On 13th, an American Coot was again at Lough Yganavan, Co Kerry. 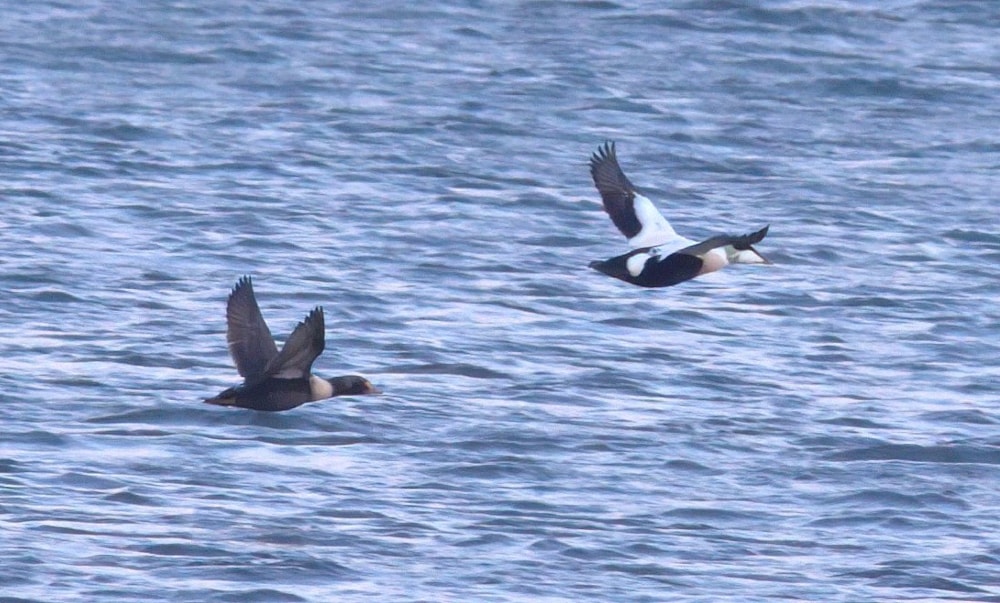 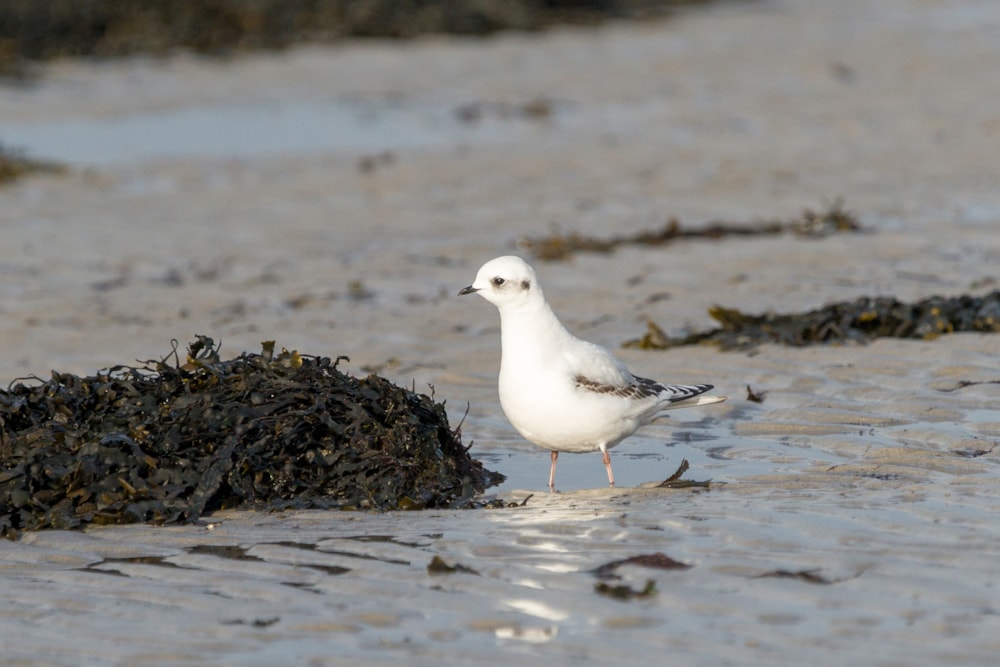 The second-winter Bonaparte's Gull commuted between Cardiff Bay and Cosmeston Lakes CP throughout the week. A new first-winter was reported at nearby Porthcawl on 9th, while Lodmoor RSPB, Dorset, hosted a one-day adult the same day. On 13th, one was reported at Blashford Lakes, Hampshire. 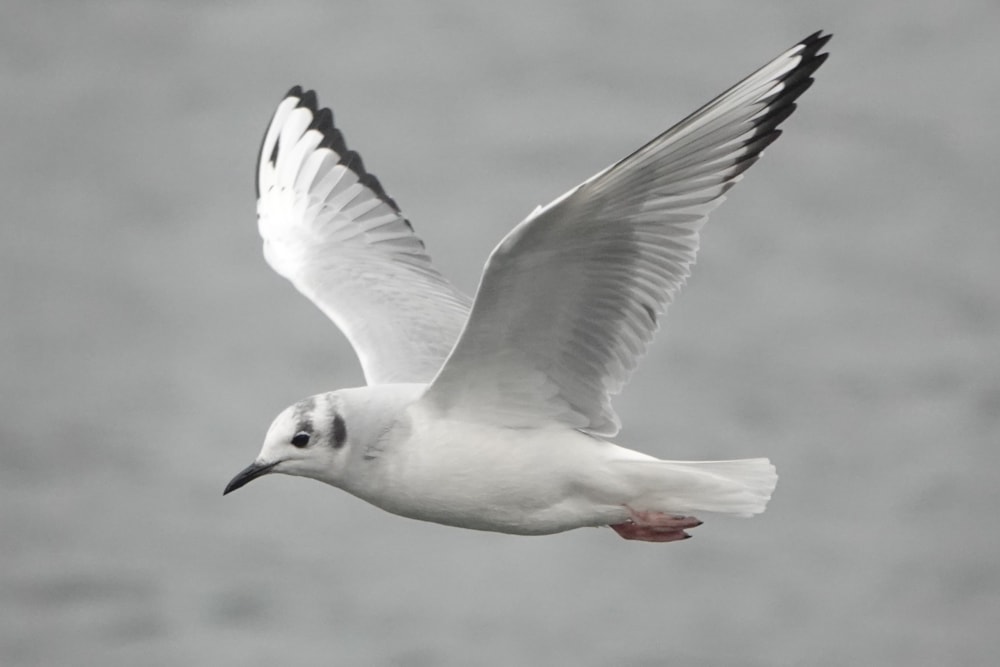 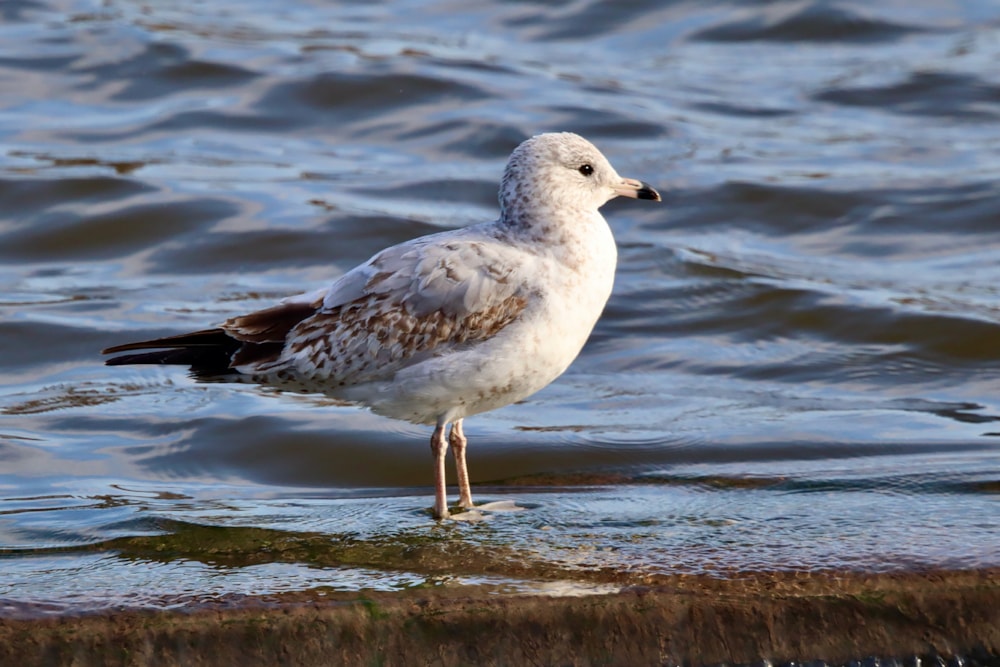 Six Kumlien's Gulls were reported, consisting of a new juvenile at Lodmoor RSPB, Dorset, on 8th and a recurring juvenile at The Mere, Shropshire, with lingering birds in Cornwall, Cambridgeshire and Outer Hebrides. Other white-winged gull reports saw Glaucous Gulls at 30 sites and Iceland Gulls at 52, including a bumper count of 12 at Rubh' Arnal, North Uist, on 10th. In Somerset, the German-ringed Kentish Plover was back at Burnham-on-Sea from 11th, while the Long-billed Dowitcher at Fluke Hall, Lancashire, and Lesser Yellowlegs at Minsmere RSPB, Suffolk, and Rahasane Turlough, Co Galway, all persisted. The Semipalmated Plover was again at Crookhaven, Co Cork, on 13th; Stag Rocks and Boulmer, Northumberland, scored fly-past Grey Phalaropes. 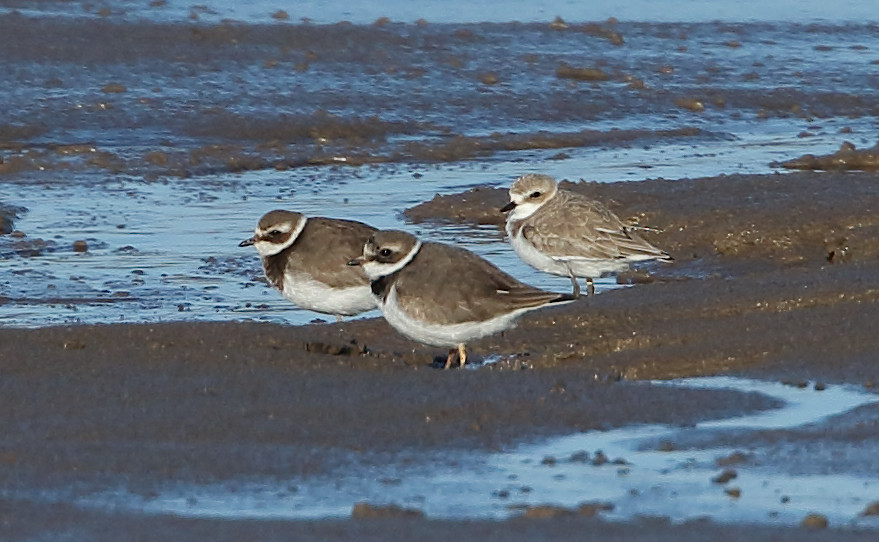 Wandering White Storks from the Knepp reintroduction project meant the species felt noticeably more numerous this week, logged in Surrey, Suffolk, Derbyshire and Clwyd. The unringed bird, meanwhile, remained at Worth Marsh, Kent. Likewise, Common Cranes were on the move again, with two flying in off the sea over Kinghorn, Fife, on 12th and two over the Northern Harrier site at Lough Boora Parklands, Co Offaly, on 13th particularly noteworthy. Recorded at 26 sites in total, Glossy Ibis were at nine new locations across southern England and Wales. 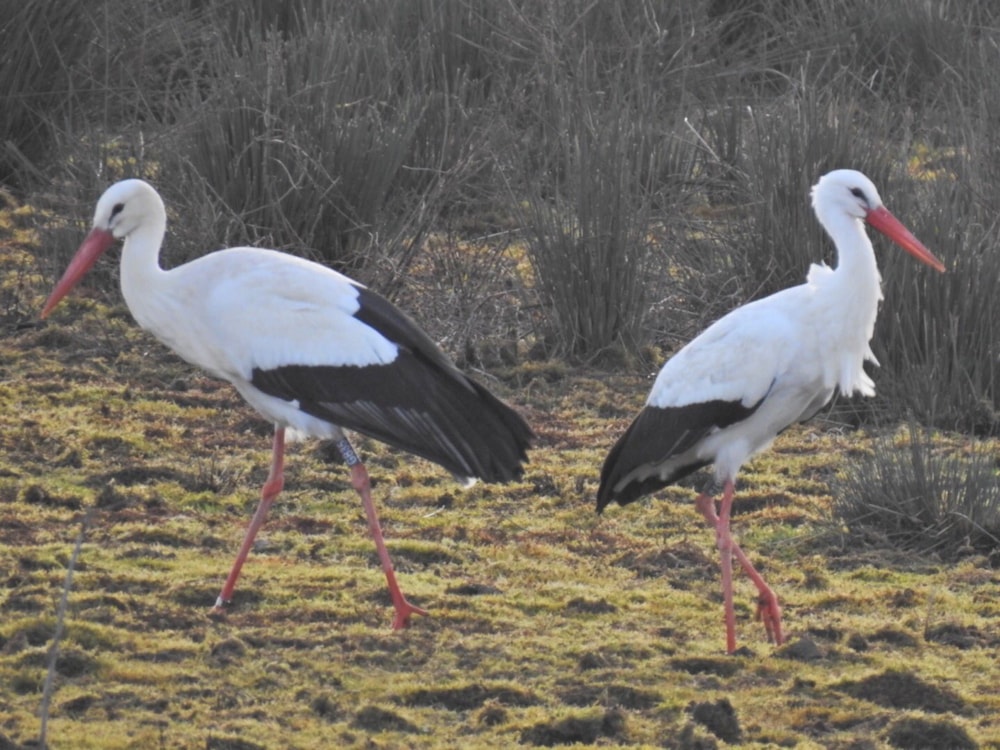 Present into its 15th week, the first-winter Rosy Starling at Pendeen, Cornwall, is starting to colour up and look a bit 'rosier'. Three continuing Eurasian Penduline Tits at Weston-super-Mare, Somerset, and the Hoopoe at Duxford, Cambridgeshire, also made for colourful additions to the week's roll call. A Northern Long-tailed Tit was reported at Cromwell Bottom, West Yorkshire, on 8th, although eluded confirmation. 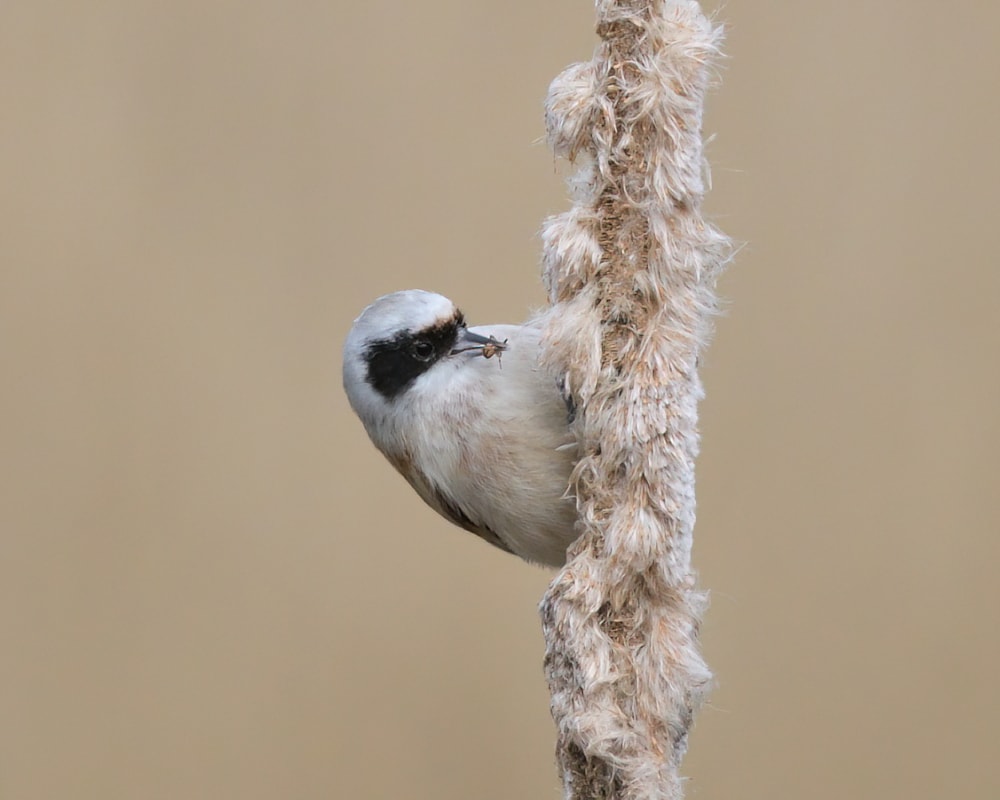 Suffolk hosted an elusive Little Bunting at Knettishall from 7-9th, with another still at Poundgate, East Sussex. Both wintering Hume's Leaf Warblers – at Eastbourne, East Sussex, and St Margaret's at Cliffe, Kent – remained, although just four Great Grey Shrikes were recorded, including a new bird at Cropton Forest, North Yorkshire. Hertfordshire's European Serin was back at Maple Cross on 13th. 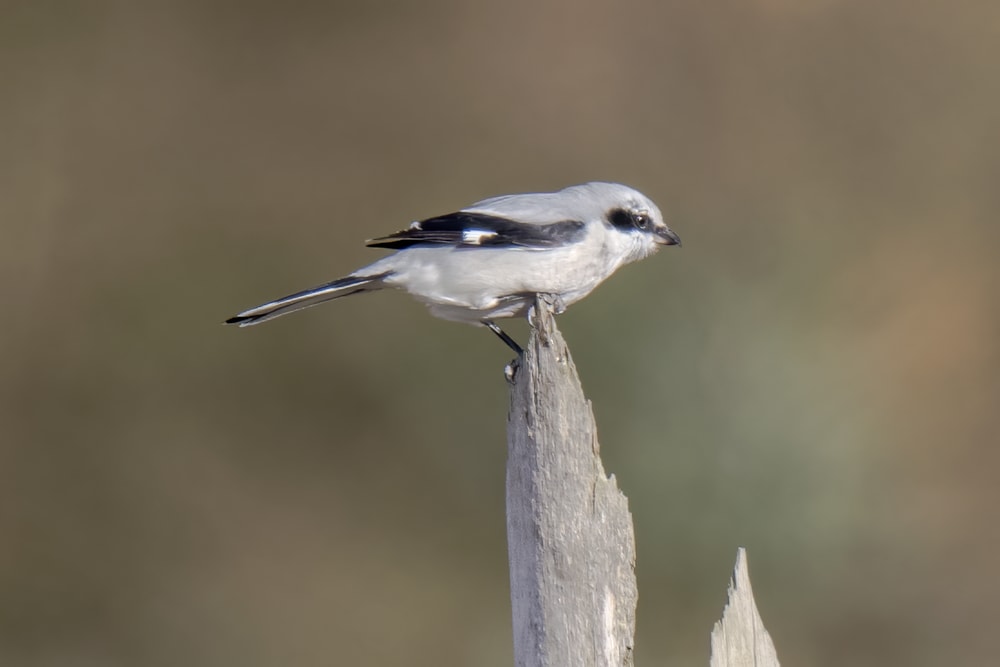 Norfolk's Greater Short-toed Lark enjoyed tilled fields near West Runton for another week. Shore Lark were at five sites in eastern England, including at least five at Skinningrove, Cleveland, on 13th. 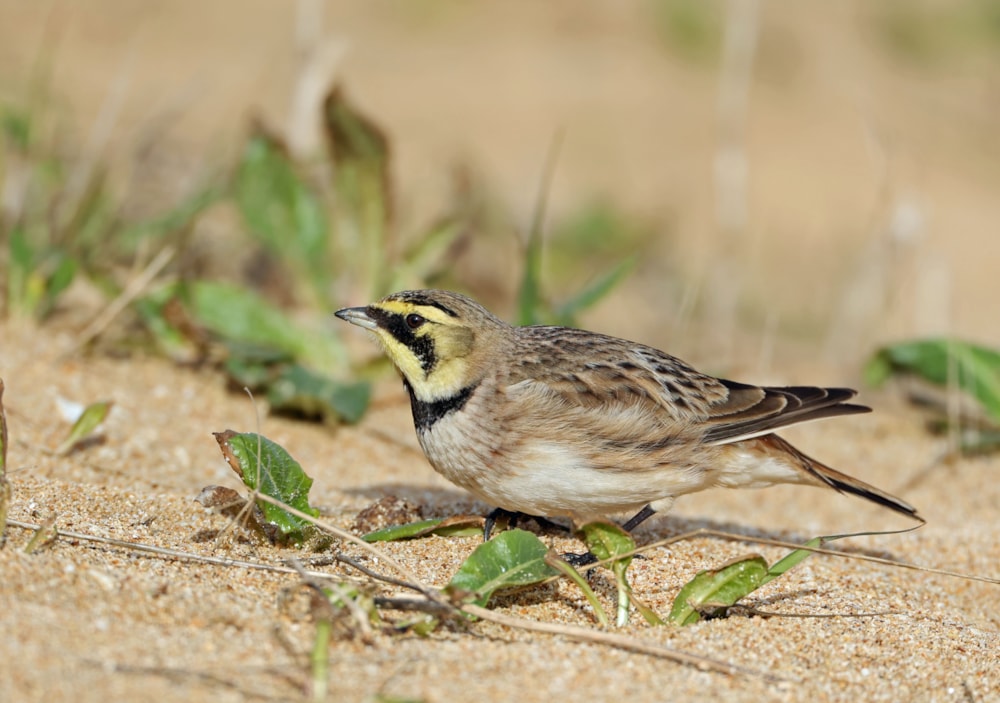 In major news from Azerbaijan, 'Omid', the sole surviving Siberian Crane from the western population, touched down at Shirvan National Park on 13th, after departing from his Iranian wintering grounds early on 8th. On 1 March 2020, 'Omid' was recorded in the park for the very first time (see here) and several prospective groups had made their way across in recent weeks hoping for a repeat visit. Unfortunately, all but one – a team from Hungary – had already departed when he appeared this time around, inclement weather delaying his departure and meaning his journey to Shirvan National Park from Fereydoon Kenar, Iran, took six days, twice as long as in 2020. Next news of the week concerned a Yellow-billed Cuckoo looking very much alive, albeit belatedly reported, at Souss-Massa National Park, Morocco, on Christmas Day. The country's third, Morocco's second also came in the latter part of 2021, when one was found moribund at Khnifiss Lagoon on 31 October.

A satellite-tagged immature Bonelli's Eagle, Belgium's 10th, flew east over Koestraat, Bruges, on 9th. Never before recorded in Britain, a recent run of records in the near continent – including another satellite-tagged youngster that spent several days flirting with the Channel coastline near Calais, France, in 2020 – suggests it is a species that is well worth British birders genning up on, just in case …

Yet another Baikal Teal was found in The Netherlands, with a first-winter drake at Castricum from 8th; Belgium's drake was again at Turnhouts Vennengebied on 10th. Elsewhere in The Netherlands, the Utrecht Pygmy Cormorant and Alblasserdam Western Swamphen both lingered, with the popular Song Sparrow still border-hopping at Prosperdorp. A surprise find in Sweden saw the re-emergence of 'Freya', the immature female Walrus, on a pontoon in Smögen harbour late on 10th, having been earlier present at Hirtshals, Denmark, on 7th. Elsewhere in Denmark, the first-winter drake White-headed Duck again accompanied the Ruddy Duck at Selsø Sø and the drake Stejneger's Scoter was still off Sandflugtplantage, Zealand, with the first-winter male Siberian Rubythroat at Vargön, Sweden, still proving reliable.