It was all about one species this week: Black Stork. Last week's presumption that the white-ringed bird at Spurn was that previously seen in Cleveland and Northumberland was blown apart by the appearance of another, bearing similar jewellery, at Loch of Strathbeg, Aberdeenshire, from 6th. With 'F05R' still at Spurn (where it remained to 10th before heading north to Grimston and then south to Lincolnshire on 11th), the Aberdeenshire bird was unquestionably a different individual, and so it proved — this was 'F05P'. Feedback from the co-ordinators of the ringing scheme soon proved them to be siblings, ringed at the nest in forest near Bossus-lès-Rumigny, Ardennes, France, on 3 June 2015. 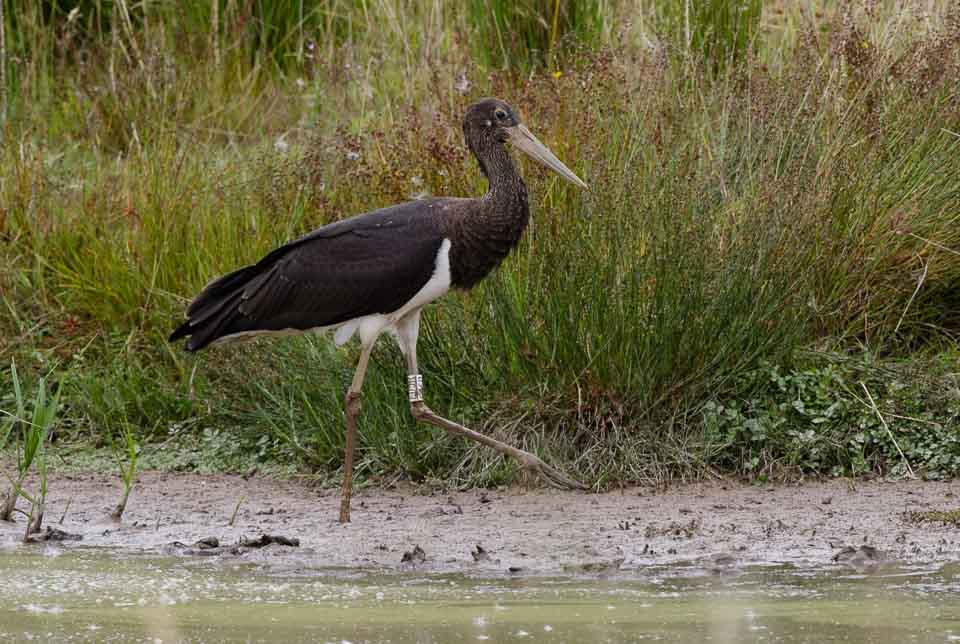 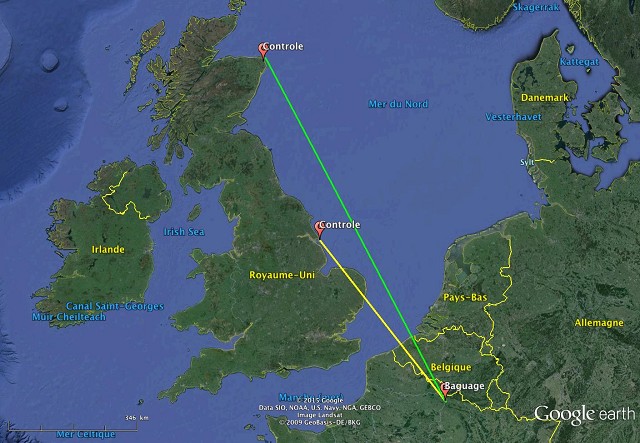 Further records of Black Stork were as follows: in North Yorkshire on 5th, a bird flew over Wykeham Forest at 11:10 and presumably the same bird was then over Mickleby at 13:30. That morning another drifted over Cley, Norfolk, at 11:10, while a bird at Gibraltar Point, Lincs, on 5th was seen again on 7–8th and then on 11th, a day when at least two (probably three) were seen in Lincolnshire with the Spurn bird arriving at Saltfleet and further records coming from as far north as Grimsby. On 7th another juvenile was tracked in Kent between Hythe and Dungeness before it drifted back north over Greatstone and Lane, while a record from Saltburn, Cleveland, that day was presumably the North Yorkshire bird of 5th. On 8th a juvenile was found at Arne, Dorset, lingering in the area until the following morning and giving Hen Harrier Day South attendees a pleasant bonus. The same bird then flew over Portland a couple of times on 11th before settling near Abbotsbury in the evening. It seems feasible that this could be the bird from Kent but it could quite easily be another. 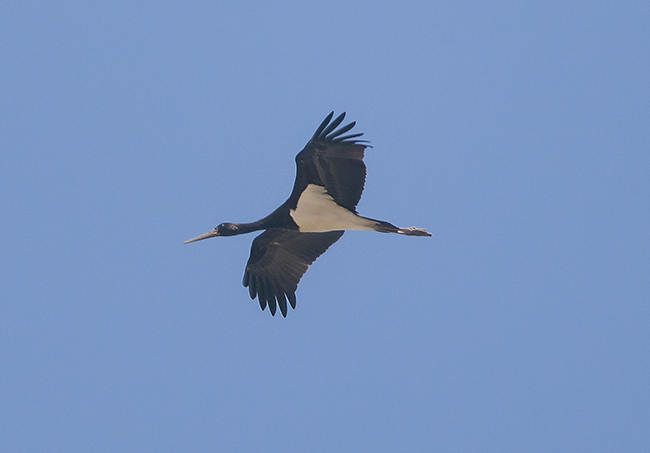 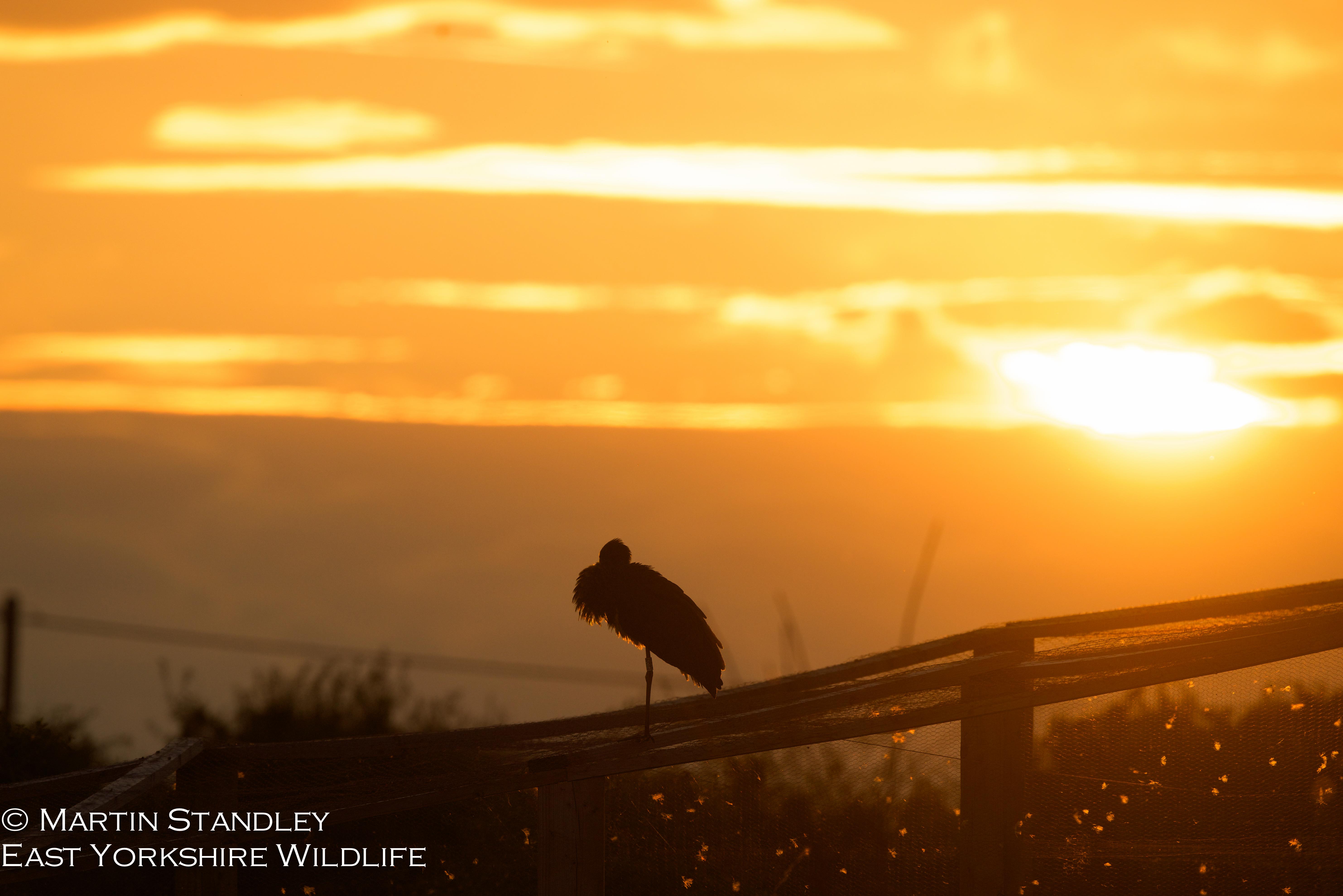 A memorable pelagic trip off Toe Head, Co Cork, on 9th produced excellent views of a Fea's-type Petrel and up to three Wilson's Storm-petrels in a week that was otherwise fairly quiet for seabirds. There was a report of a Fea's-type off Porthgwarra, Cornwall, on 5th and the 'birder special' pelagics off Scilly over the weekend produced good views of Great and Cory's Shearwaters. Grey Phalaropes were thin on the ground, with two seen from a pelagic off Clonakilty, Co Cork, on 8th. 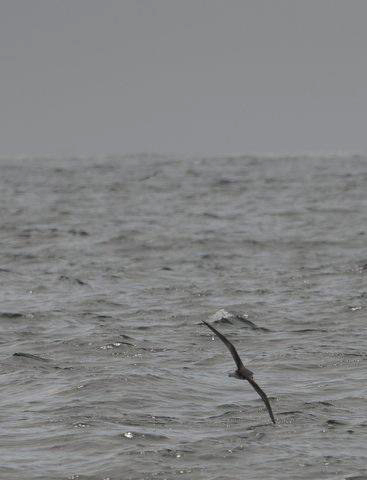 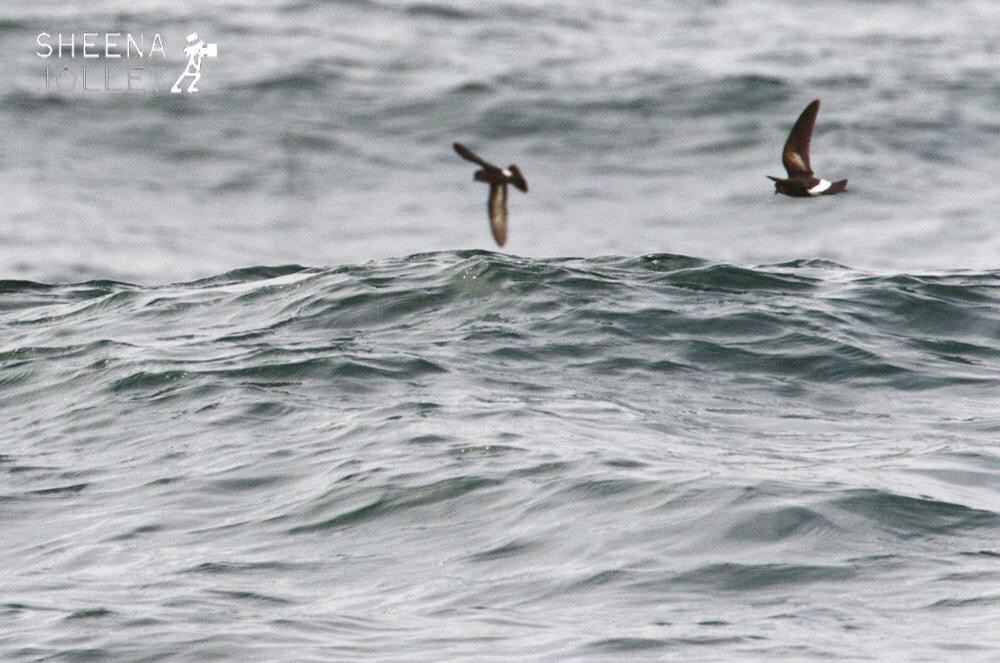 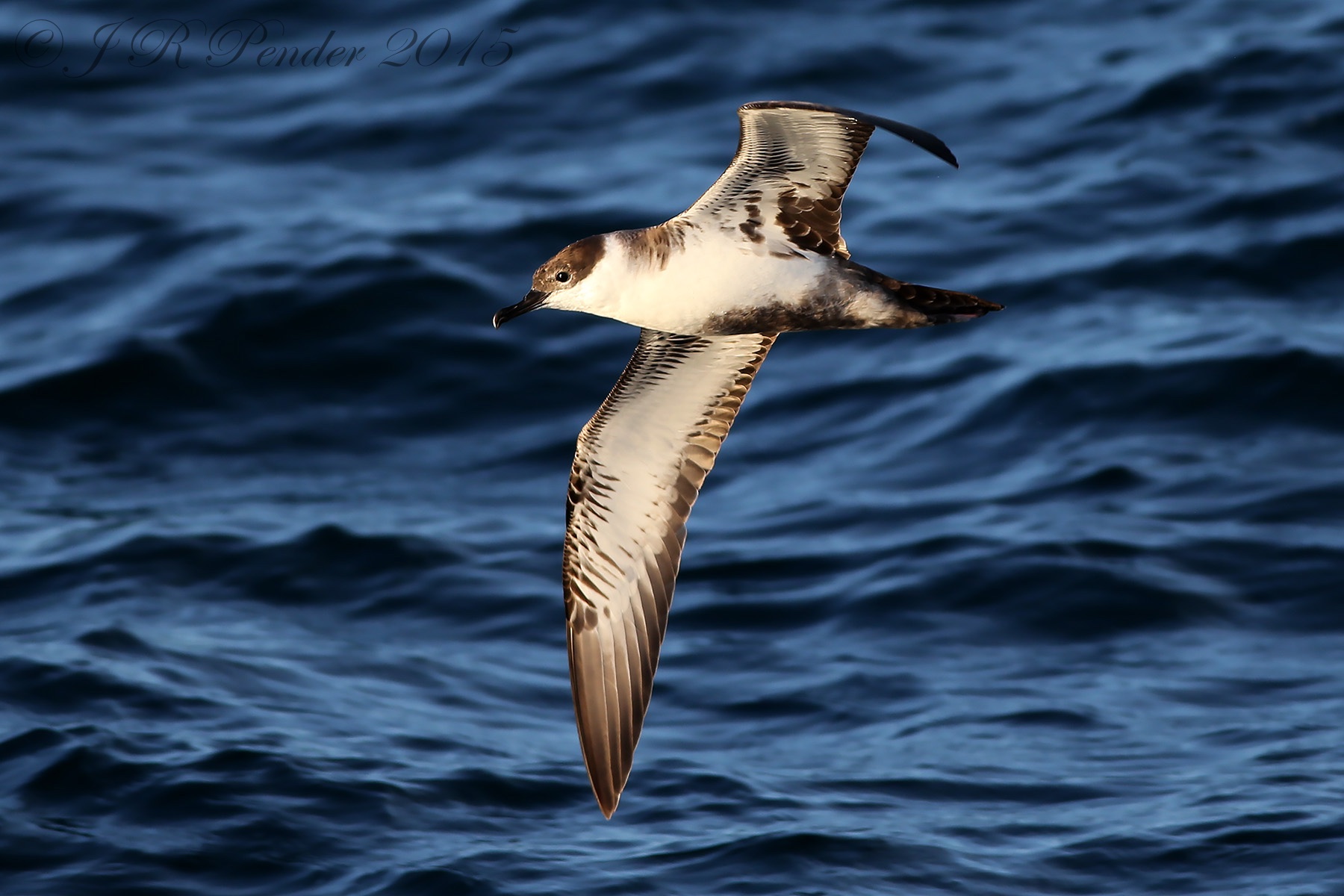 The confiding Sabine's Gull was still present at Pennington Flash, Gtr Manchester, throughout the week despite being attacked and injured by a pike on 9th. Other records came from Argyll, Forth, Lothian, North Yorkshire and East Yorkshire. 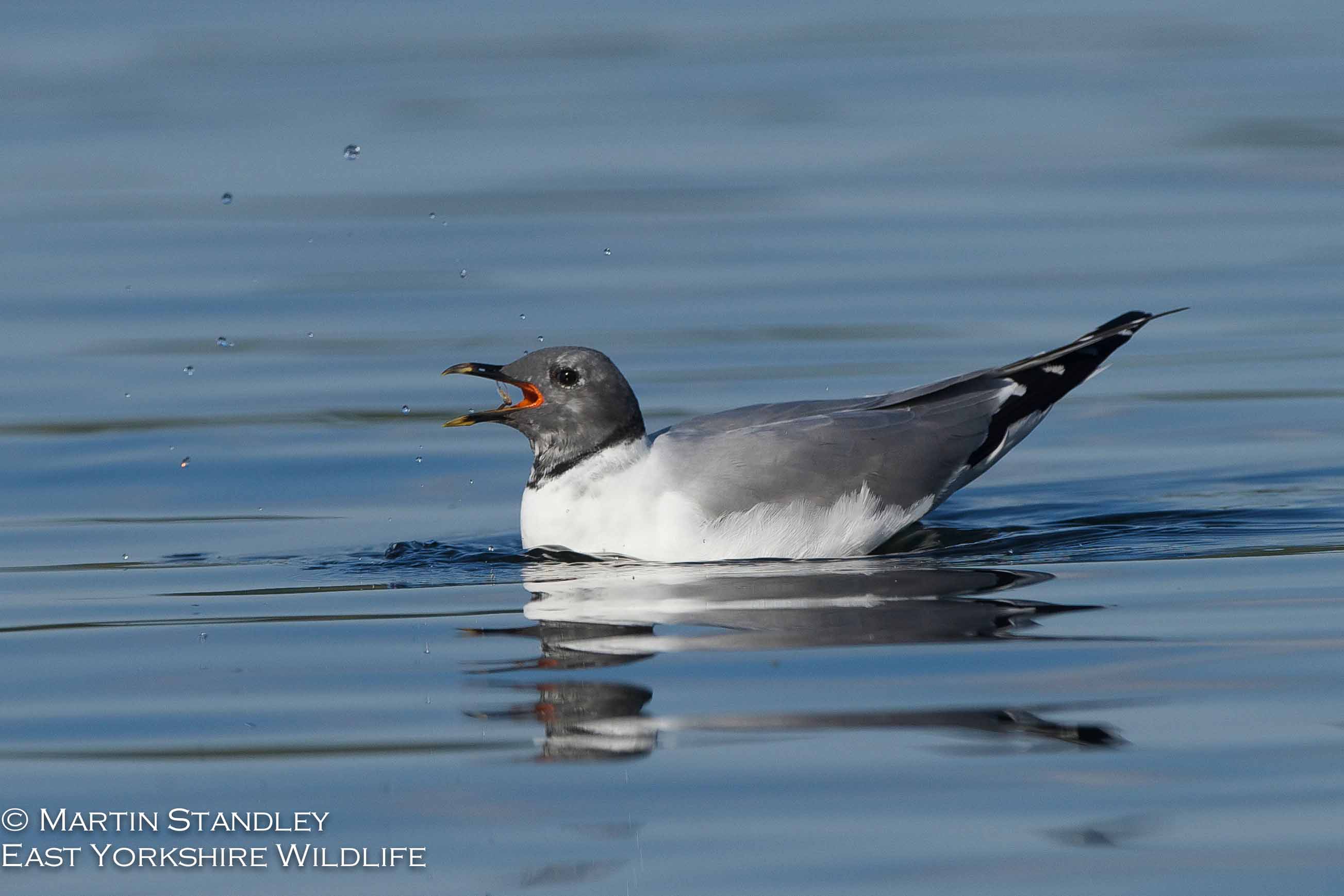 An extremely fortunate juvenile Purple Heron has been afforded a second shot at life after it was released at Carlton Marshes, Suffolk, on 11th, having been picked up exhausted on a boat some 26 km off Southwold that afternoon. Also in Suffolk the second-calendar-year bird continued to show well intermittently at King's Fleet throughout the week. Great White Egrets were again widespread, with peak counts of 15 and 11 on the Somerset Levels on 5th and 8th respectively; elsewhere up to three were in the Leighton Moss area of Lancashire. 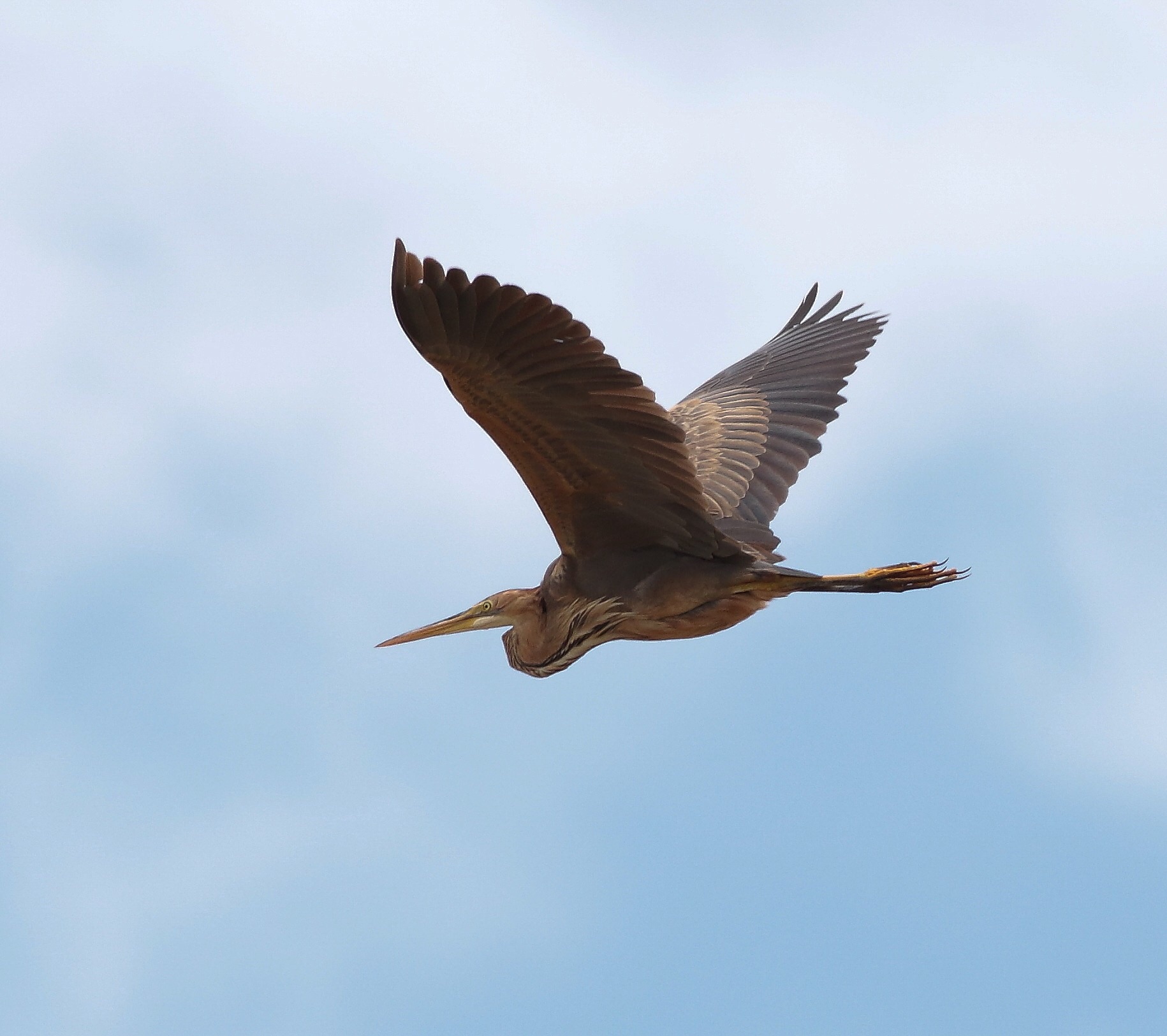 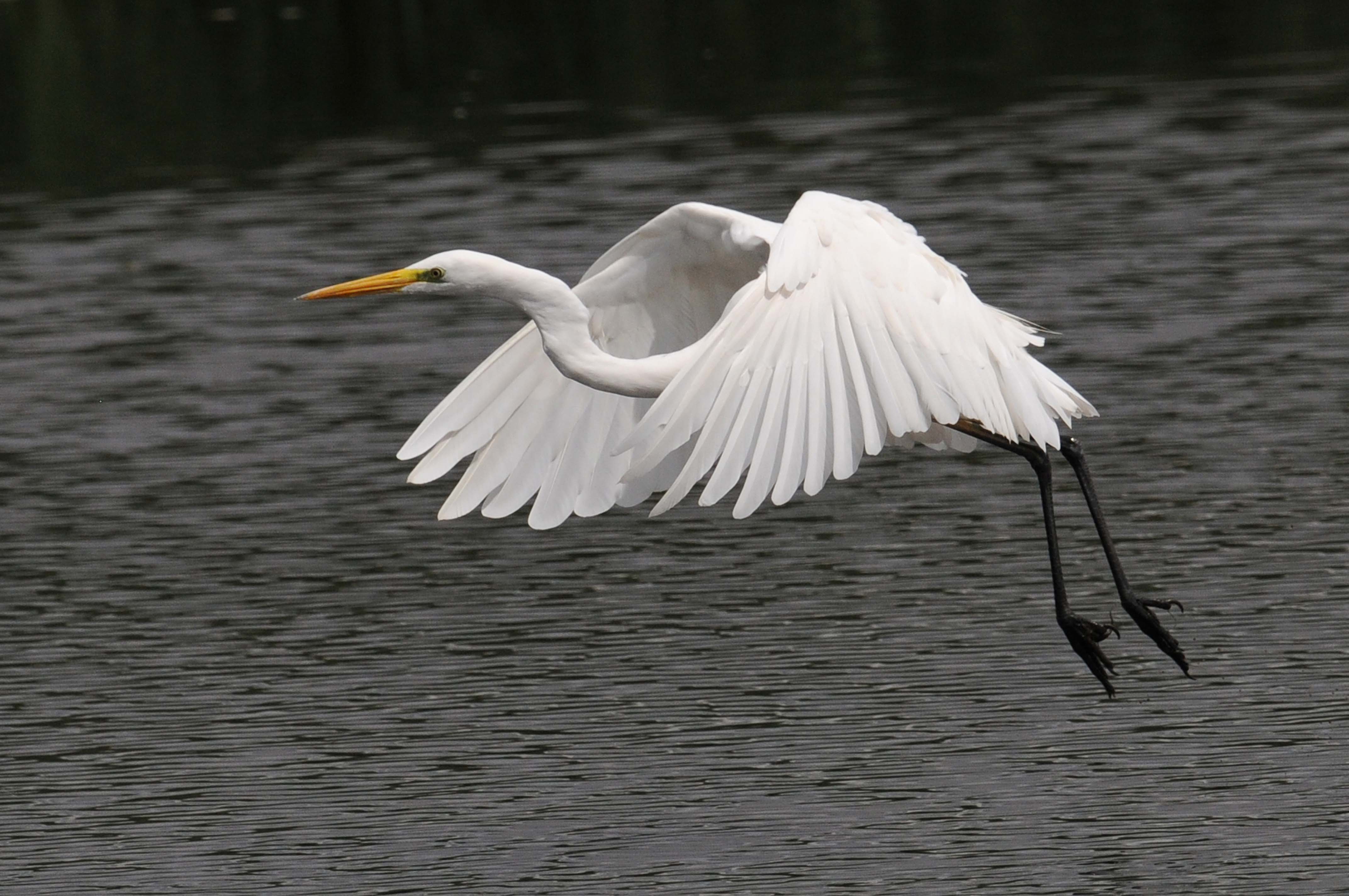 Other miscellaneous waterbirds include the drake Lesser Scaup persisting at Blagdon Lake, Somerset, and a trio of Spotted Crakes: one heard at Burton Mere Wetlands, Cheshire, on 5th; the long-stayer still at Titchwell, Norfolk, on 10–11th; and a new bird at Blacktoft Sands, E Yorks, on 11th. In Staffordshire the Red-footed Falcon was last noted at Chatterley Whitfield on 8th with no sign there on 11th, despite the bird being in heavy moult at the time of its disappearance. 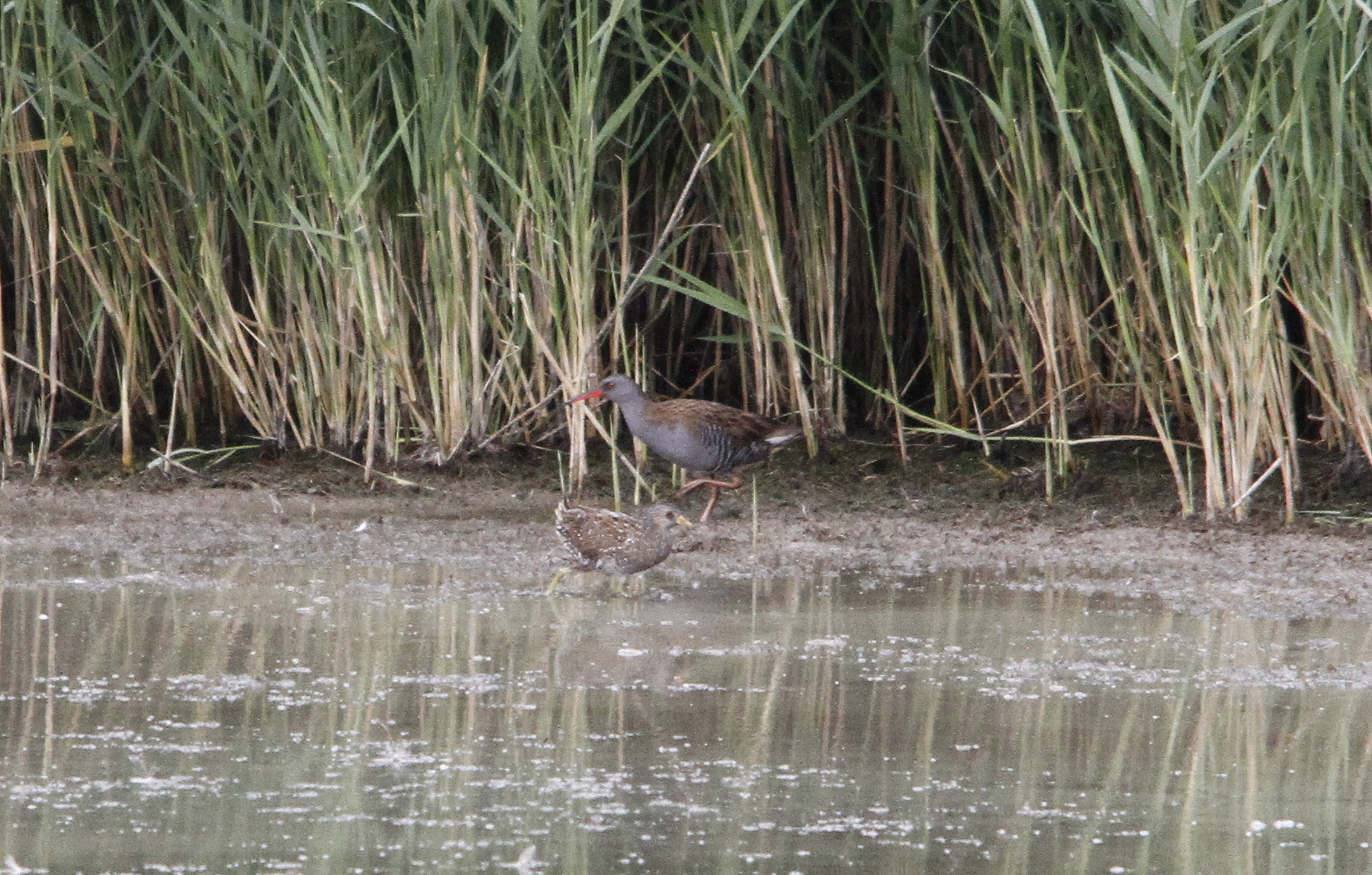 An adult White-rumped Sandpiper was at Hickling Broad, Norfolk, on 9–10th and another in the county at Titchwell on 11th. A third was found at Oare Marshes, Kent, on 11th and the long-stayer was still at Beacon Ponds, E Yorks, on 11th. A Pectoral Sandpiper was at nearby Kilnsea on 9–10th, with others at Bothal Pond, Northumb, intermittently from 6–11th; at Greatham Creek, Cleveland, on 8th; Tetney Marshes, Lincs, from 9th; and still on St Mary's, Scilly, to 6th and Thorne Moors, S Yorks, to 7th. 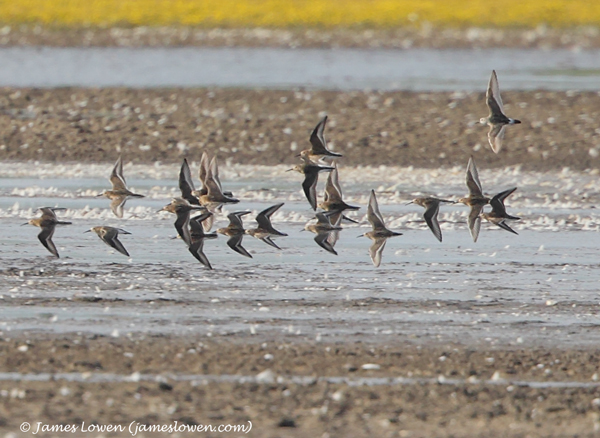 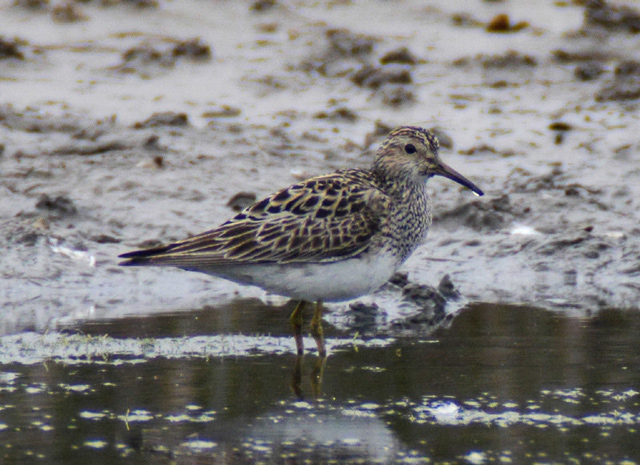 Four second-calendar-year Ring-billed Gulls were spread widely in western areas: last week's bird in Preston, Lancs, remained all week as did long-stayers in Cornwall and Co Kerry, while another at Kinnegar Shore, Co Down, has apparently been in the area all summer. The Bonaparte's Gull was still at Oare Marshes, Kent, to 9th at least. Caspian Gull counts included minima of six at both Great Livermere, Suffolk, on 6th and in the roost at Grafham Water, Cambs, on 9th.

A Caspian Tern briefly visited Gore Point, Norfolk, on 9th, while juvenile White-winged Black Terns were welcome visitors to Westport Lake, Staffs, on 8th and Beacon Ponds, E Yorks, on 9th — extremely similar in appearance, it's possible that the same bird was responsible for both records. A Whiskered Tern flew past Dungeness, Kent, on 6th — could it have been the adult that flew past Spurn two days earlier? 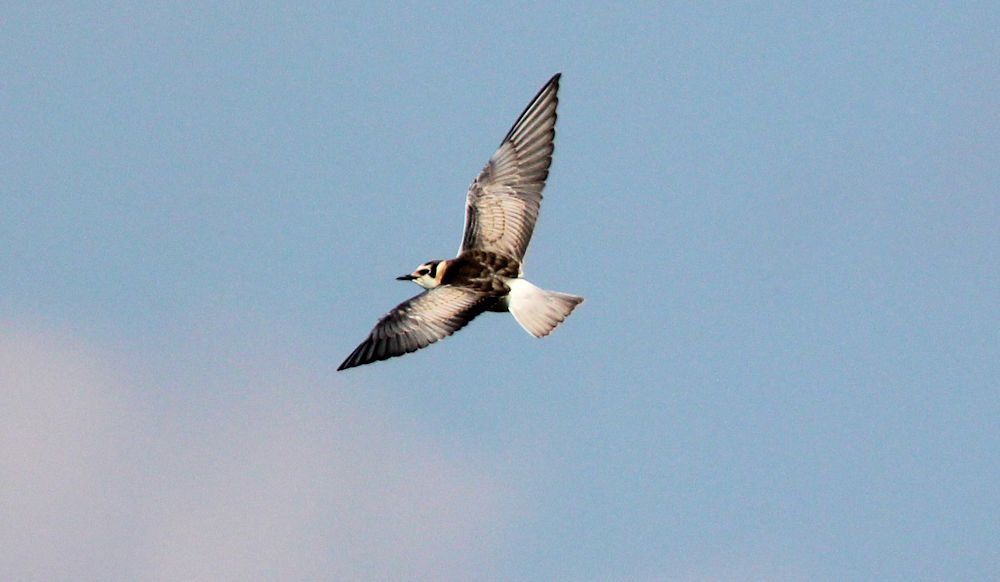 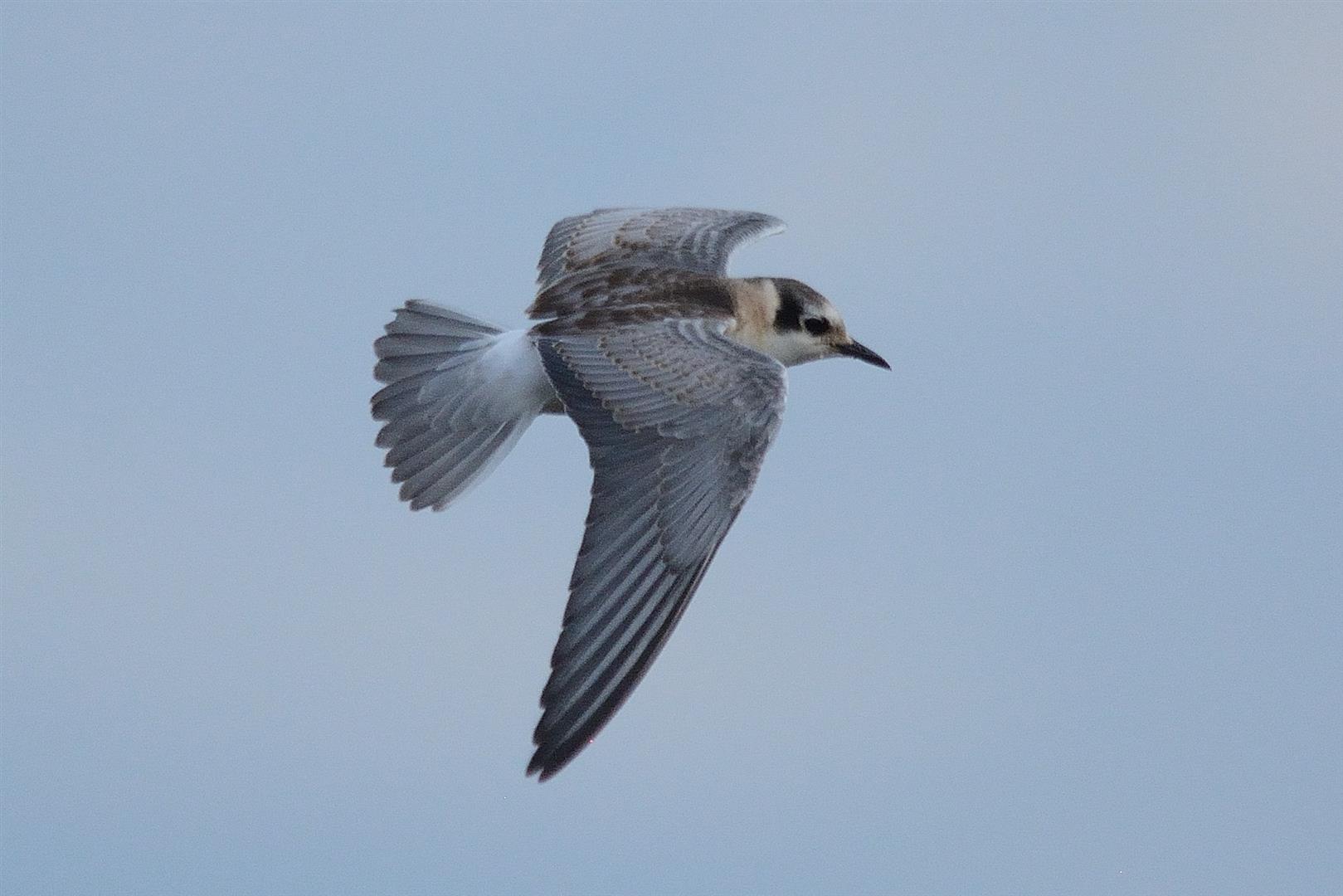 As well as the breeding birds near Brampton, Cumbria, which were still present throughout the week, four European Bee-eaters flew over Minsmere, Suffolk, on 5th and another four were over Deal, Kent, that day. Further flyovers were at Spurn and Gibraltar Point on 7th and another was heard over Tittesworth Reservoir, Staffs, on 11th. 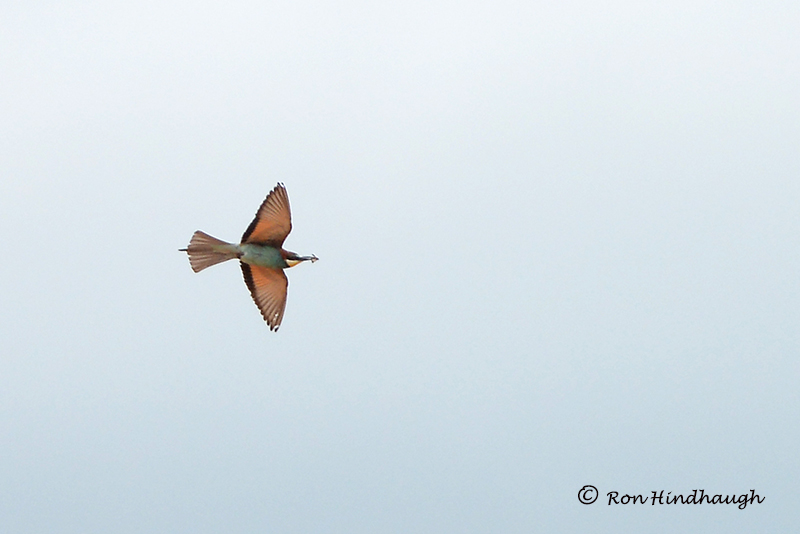 Eurasian Hoopoes were at Withywood, Somerset, on 6th and, on 11th, at Pegwell Bay, Kent, and near Waterford City. The first Wryneck report of the autumn came from Harting Down, W Sussex, on 9th and an Alpine Swift was photographed over Horsey beach, Norfolk, on 5th. A wayward Red-rumped Swallow was at High Island, Co Cork, on 6th. 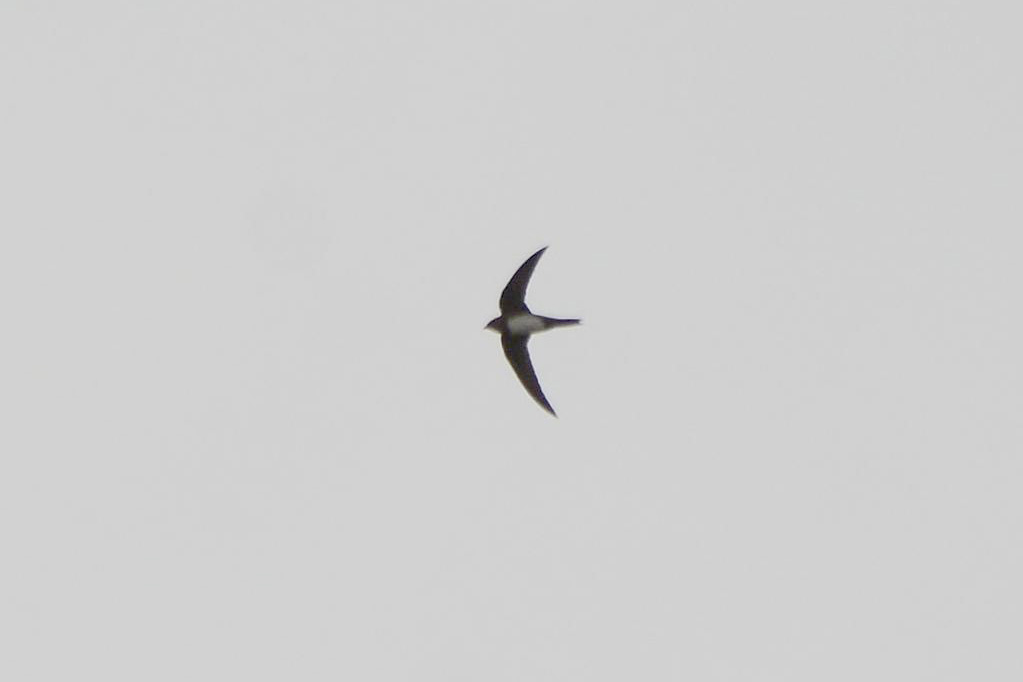 Two Aquatic Warblers were seen this week but, rather typically, were not seen again after being trapped and ringed. Both were seen on 9th, at La Claire Mare, Jersey, and Orford Ness, Suffolk. The long-staying Paddyfield Warbler had notched up three weeks on Isle of Noss, Shetland, by 11th, while three Melodious Warblers were right on cue for the second week of August: following one on Jersey on 8th birds were at Studland, Dorset, and Nanjizal, Cornwall, on 11th.

Nanjizal also produced arguably the best passerine of the week — a first-winter Black-headed Bunting seen briefly on 8th. A female Red-backed Shrike was at Bowers Marsh, Essex, on 10–11th, and the male Serin was seen again at Landguard, Suffolk, on 7th. An adult Rose-coloured Starling was found near Luskentyre, Harris, on 10th, with the Glamorgan bird last seen at Aberavon on 5th.

In Denmark the Black-browed Albatross once again visited Agger Tange on the morning of 6th and again throughout the evening of 7th and until around 08:30 on 9th, and has now been twitched by large numbers of Danish birders.

A Pygmy Cormorant was in Sachsen-Anhalt, Germany, on 6–7th, while the Black-winged Kite was still in Noord-Brabant, Netherlands, on 5th. A Greater Sand Plover was found on the saltmarsh at Hyères, Var, on 8th and the Canary Islands' second Lesser Sand Plover (seemingly a female from the atrifrons group) was at Janubio salt pans, Lanzarote, on 7th. An extraordinarily early juvenile Semipalmated Sandpiper was in Niedersachsen, Germany, from 9th — to put that into context, this is eleven days earlier than any juvenile ever record in Britain and Ireland. 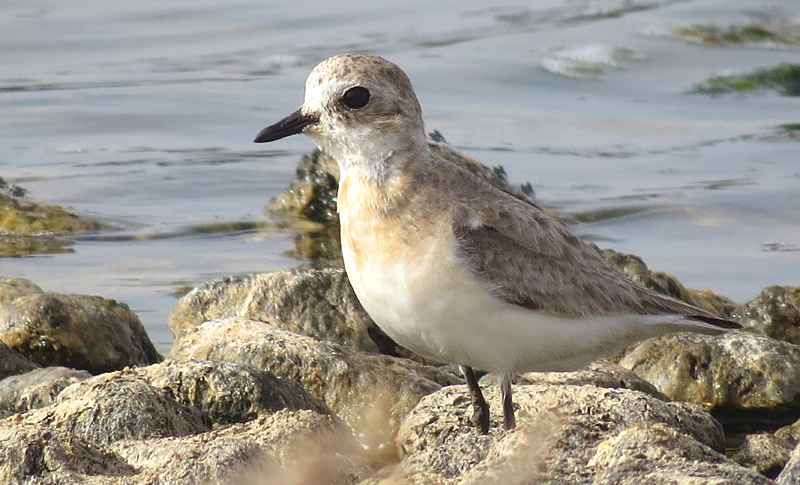 Late news of an adult Red-footed Booby photographed off Lajes, Pico, on 2nd has led to the retraction of the Masked Booby report from the same site in early July — the initial observer has indicated that it could well be the same bird involved in both reports, meaning that this bird has perhaps been around for at least a month.