Despite things being deathly quiet on the whole, summer 2013's extraordinary story continued this week. Just as the heat was intensifying and many birders were busy dusting off their moth traps or simply stoking up the barbeque after a busy few weeks chasing an unseasonal quantity of top-drawer rarities, it happened all over again. As we lazily refreshed the BirdGuides sightings inbox early afternoon on Friday 5th, an email appeared, innocently titled 'Islay — 5th July'. On casually opening the message, the monster within was quickly unleashed. A response from John Bowler on Tiree flashed up:

What exactly looked like a juvenile Ascension Frigatebird?! Seemingly, no photos were attached. Then the original email, from Islay warden David Wood:

"Photos taken in Bowmore harbour by visitors this morning!"

Nervous excitement was rapidly building. The time was 12:25. It appeared there might be an Ascension Frigatebird on Islay. But could BirdGuides run with the news based on the emails alone? Probably not sensible with a bird of this magnitude though, thankfully, just a few minutes later, the photos arrived. And there it was, in all its glory: a seemingly wide-eyed juvenile Ascension Frigatebird, with its milk-chocolate breastband. Crucially, it had also been photographed in flight, revealing the white 'armpits': another feature diagnostic of the species! 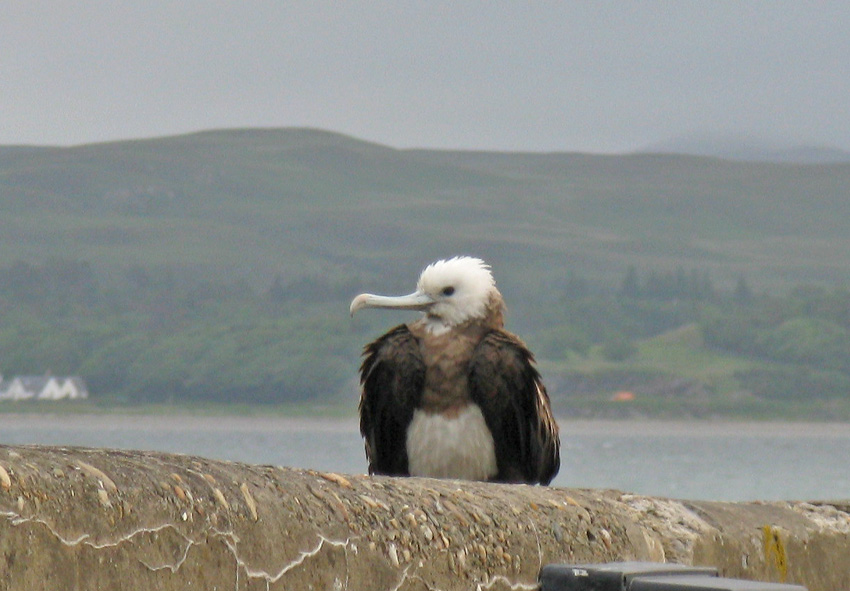 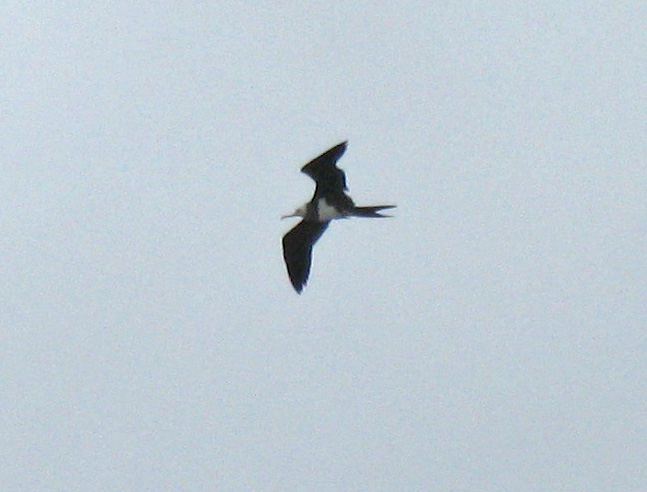 The news went out and the pandemonium ensued. This was one of those birds that everyone will admit they thought would never reoccur in British waters, following the aforementioned Tiree bird sixty years earlier, coincidentally almost to the day; it was found moribund on 9th July 1953.

What followed was a characteristically drama-filled 24 hours. Some headed northwest towards Islay while others waited nervously on standby for news. A couple of unconfirmed reports throughout the afternoon and evening did nothing to settle the nerves, although both eventually came to nothing and, despite searching across Islay by perhaps several crews over the weekend, there was no further sign. A final twist in the tale came late on 10th, when there was a reported sighting off Rhunahaorine Point on the Kintyre peninsula on 9th, although subsequent searching has again drawn a blank. Although birders are sparse in the region compared to the east coast, the feeling is that we are yet to see the last of the bird in summer 2013... 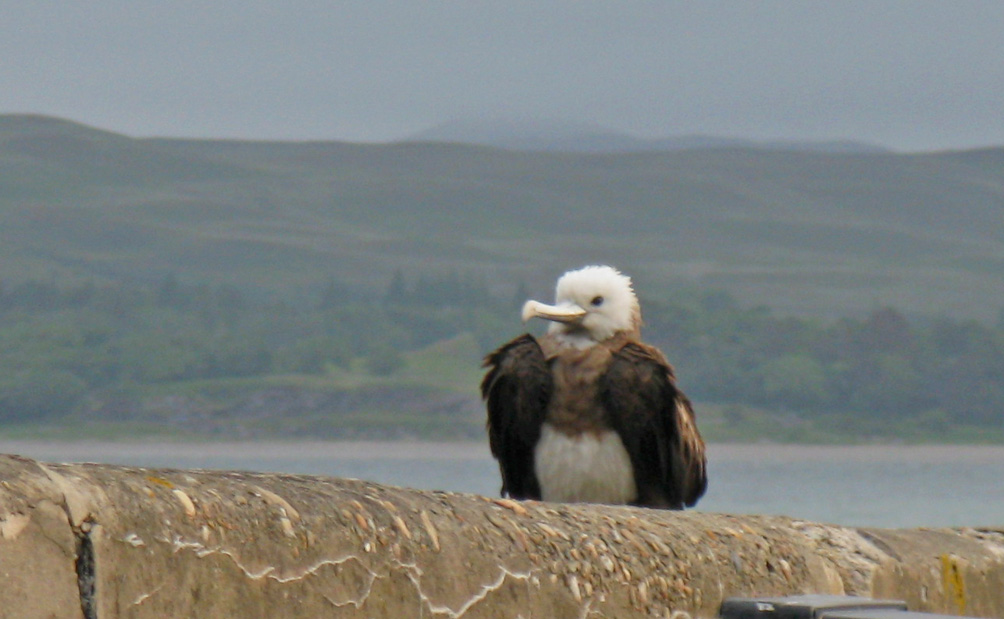 Ascension Frigatebird at Bowmore — will it be refound before the summer is out? (Photo: Jim Sim)

By contrast, high-density observer coverage largely explains why the Northeast's Bridled Tern was trackable as it gave birders an entertaining run-around during the week, being seen in three counties. After showing no sign on the Farne Islands on 4th, the bird visited the Cresswell, Druridge and East Chevington area throughout Friday, although it was erratic and mobile and had disappeared by the following morning. The reason became apparent in the early afternoon, as Adrian Pitches relocated the bird 45 miles to the south at Saltholme (Cleveland) — subscribers can read his account of the tale in our webzine. However, it lasted just an hour there before flying back out to sea and then reappearing at East Chevington by 18:40. Its erratic appearances in the Druridge Bay area continued until 8th, before it was seen from a boat off Coquet Island on 9th and then, in the late morning on 10th, flew south past Flamborough Head (E Yorks)! Where next? If anywhere, north Norfolk seems a fair bet. 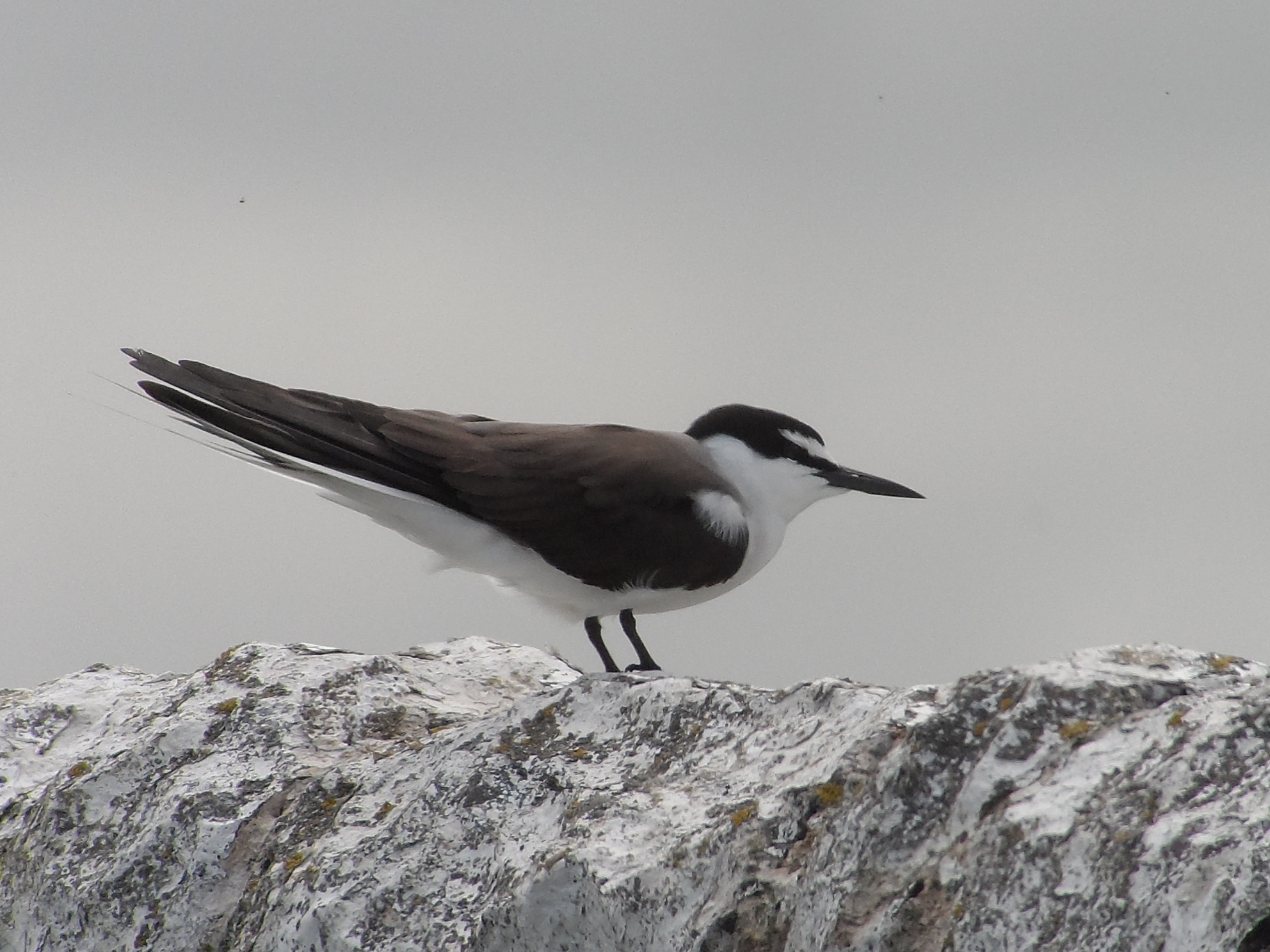 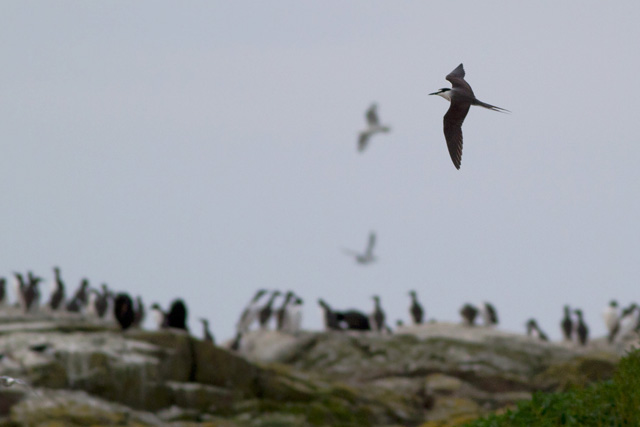 Further excitement keeping birders on their toes was provided by an unconfirmed report of an adult Pallas's Gull at Titchwell (Norfolk) on 4th, though the description (size aside) didn't really rule out a hybrid, such as the presumed Common × Mediterranean Gull hybrid seen not a million miles away in Lincolnshire last July. A Short-toed Eagle was twice reported in Essex on 6th, from South Benfleet and then at South Fambridge 20 minutes later.

County Wexford enjoyed a purple patch as Tacumshin claimed its first Terek Sandpiper (the county's second) during the evening of 9th; two Gull-billed Terns continued to frequent the lake until 8th, one lingering to 10th. Nearby, a Caspian Tern was noted at sea a couple of miles off Carnsore Point (Wexford) on 7th; another was seen flying north off Hopton-on-Sea (Norfolk) on 10th.

A beautiful summer-plumaged Bonaparte's Gull arrived at Cross Ness (London) on 6th and lingered there to 7th, prompting questions as to whether it was one of the two immatures seen at the site in May 2012 returning. Not too far away, the first-summer continued at the Oare Marshes (Kent) to 7th, and an adult was at Whiting Bay (Waterford) on 9th. Ring-billed Gulls comprised a first-summer at Bantry (Cork) on 6th and a second-summer at Black Rock Strand (Kerry) on 8th–9th. 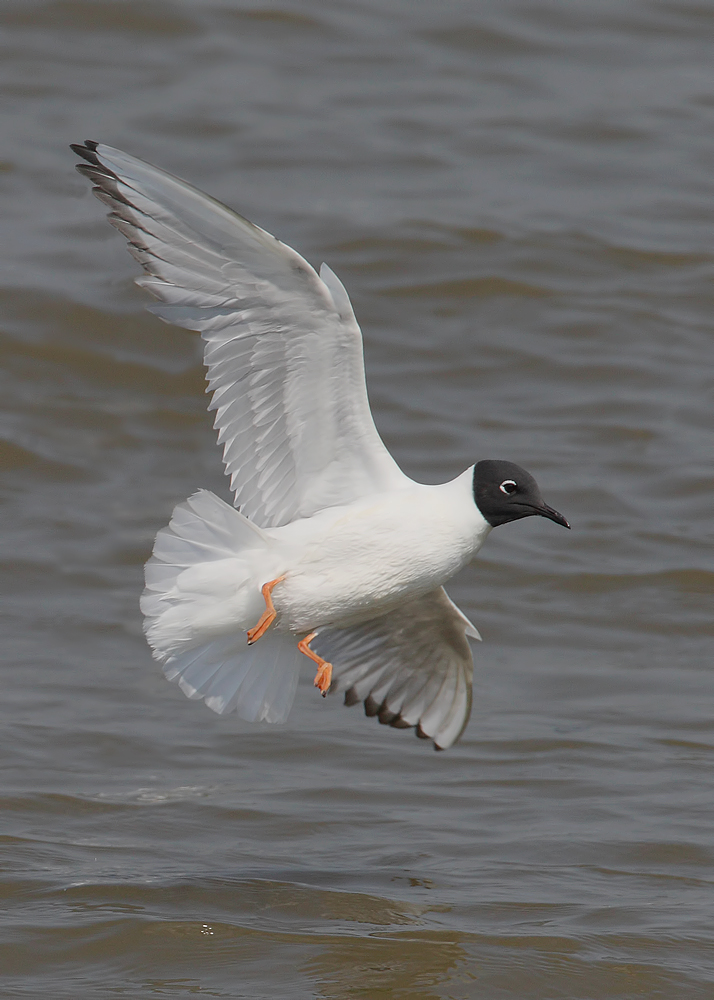 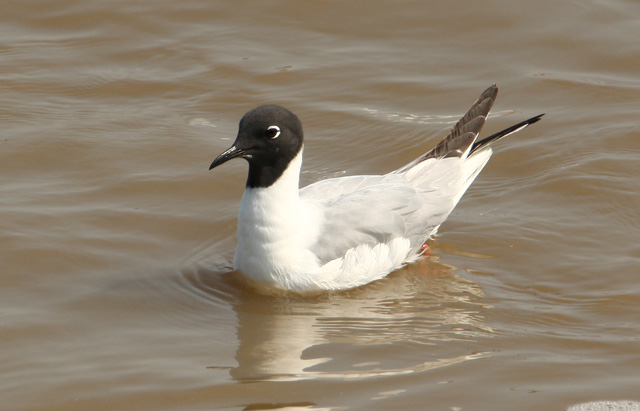 Scarce waders consisted of new Lesser Yellowlegs on North Ronaldsay (Orkney) on 6th and at the National Wetlands Centre (Carmarthenshire) on 7th–8th. In what has already proved a bumper year for the species, Pectoral Sandpipers were at Frampton Marsh (Lincs) on 4th, Goldcliff Pools (Gwent) on 8th–9th and Maer Lake (Cornwall) on 9th. A male Red-necked Phalarope was on North Ronaldsay on 4th, and Temminck's Stints were still in Aberdeenshire and Northumberland. 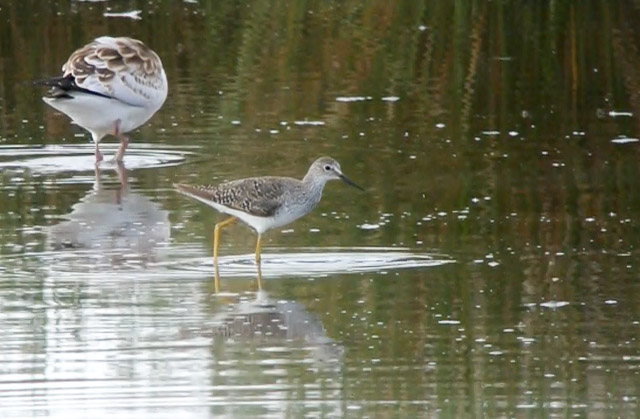 The King Eider was ever-present on the Ythan Estuary (Aberdeenshire), with up to two Surf Scoters nearby off Blackdog and a third drake still off Rhunahaorine Point on 10th. Ring-necked Ducks remained at Oxford Island (Armagh) on 6th, Barns Ness (Lothian) on 8th and Scorton (North Yorkshire) throughout.

Somerset's pair of Little Bitterns suddenly became three, a second male being discovered there from 5th. Great White Egrets were seen in Suffolk and on the Isle of Wight, while the Northern Irish Cattle Egret was discovered near Porthall (Donegal) — it has apparently been here for about six weeks! The Glossy Ibis remained at Marloes Mere (Pembrokeshire) and Cranes remained in Northumberland and on Shetland.

High pressure was no doubt the reason for a mini-influx of Black Kites to the far southwest from 9th. Birds were seen at Sancreed (Cornwall) on 9th–10th and over Camelford and Lizard village on the former date; a further sighting came from St. Mary's (Scilly) on 10th.

A Melodious Warbler was trapped and ringed in an inaccessible area of Sherpa Marsh (Devon) on 5th; two Marsh Warblers remained on Fair Isle (Shetland) throughout the week and a third was on North Ronaldsay on 10th. An unringed male Western Subalpine Warbler was on Fair Isle on 6th–8th, while the presumed margelanica Desert Lesser Whitethroat remained at Newton Abbot (Devon) on 4th.

Best of the rest was a female/juvenile Two-barred Crossbill seen flying over Whitburn (Durham) on 7th. A male Red-backed Shrike appeared at Filey (N Yorks) on 9th and the Rose-coloured Starling was still at Finstown (Orkney) on 4th with it — or another — at Evie on 6th. The stunning male Common Rosefinch continued to whistle sweetly near Loch Tummel (Perth/Kinross) throughout, with 'brown' birds on Fair Isle on 6th and at Donna Nook (Lincs) on 8th. 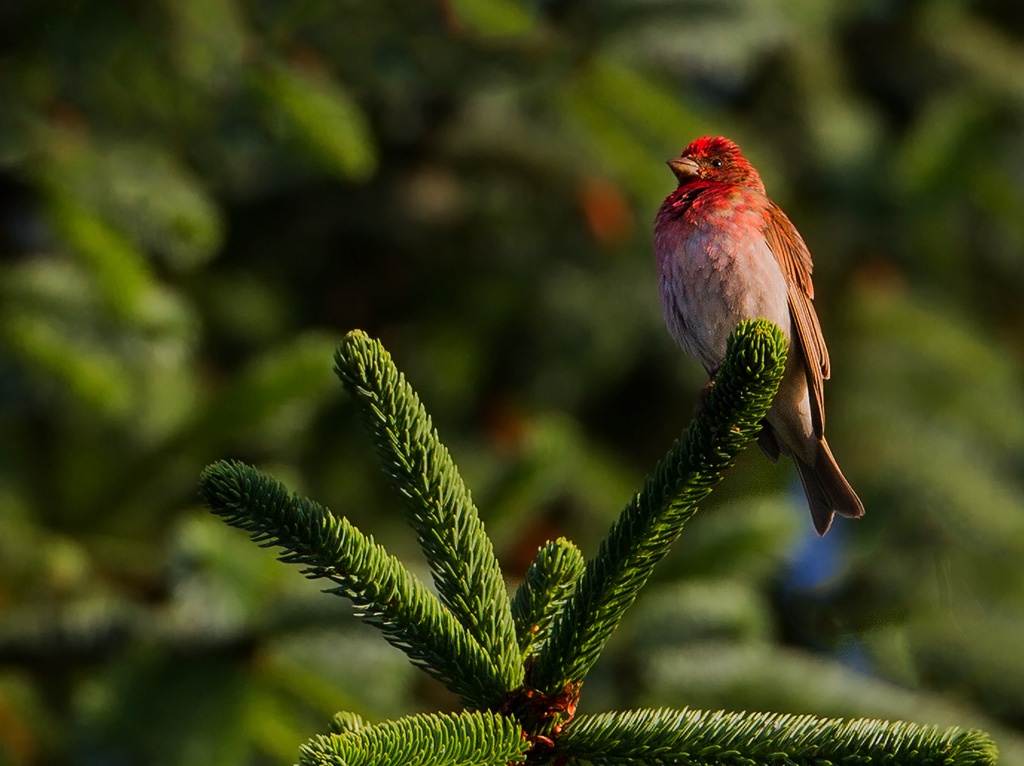 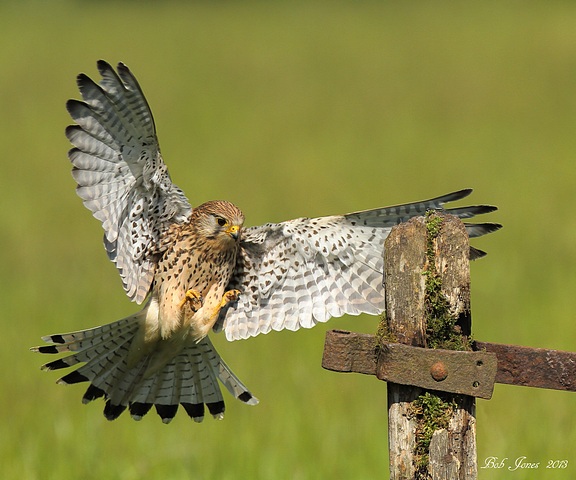 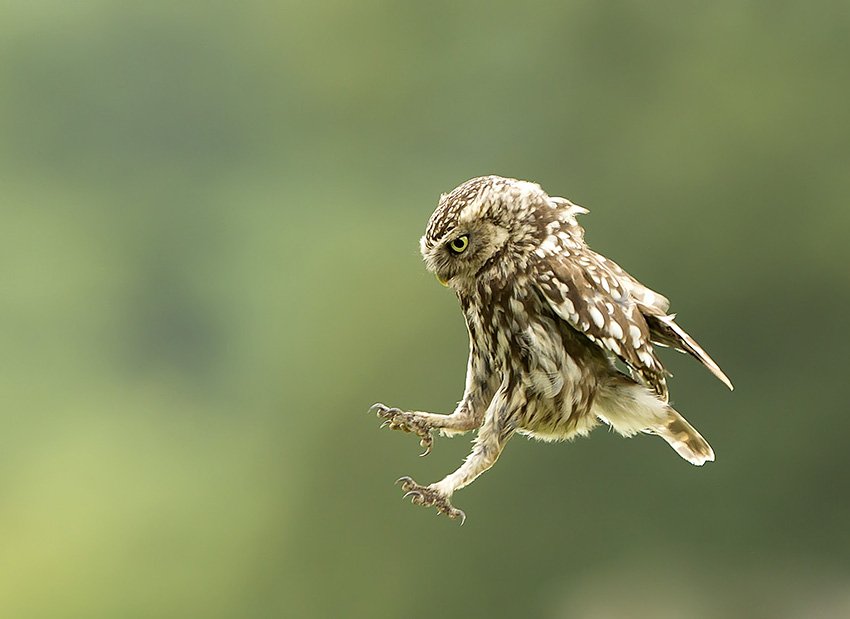 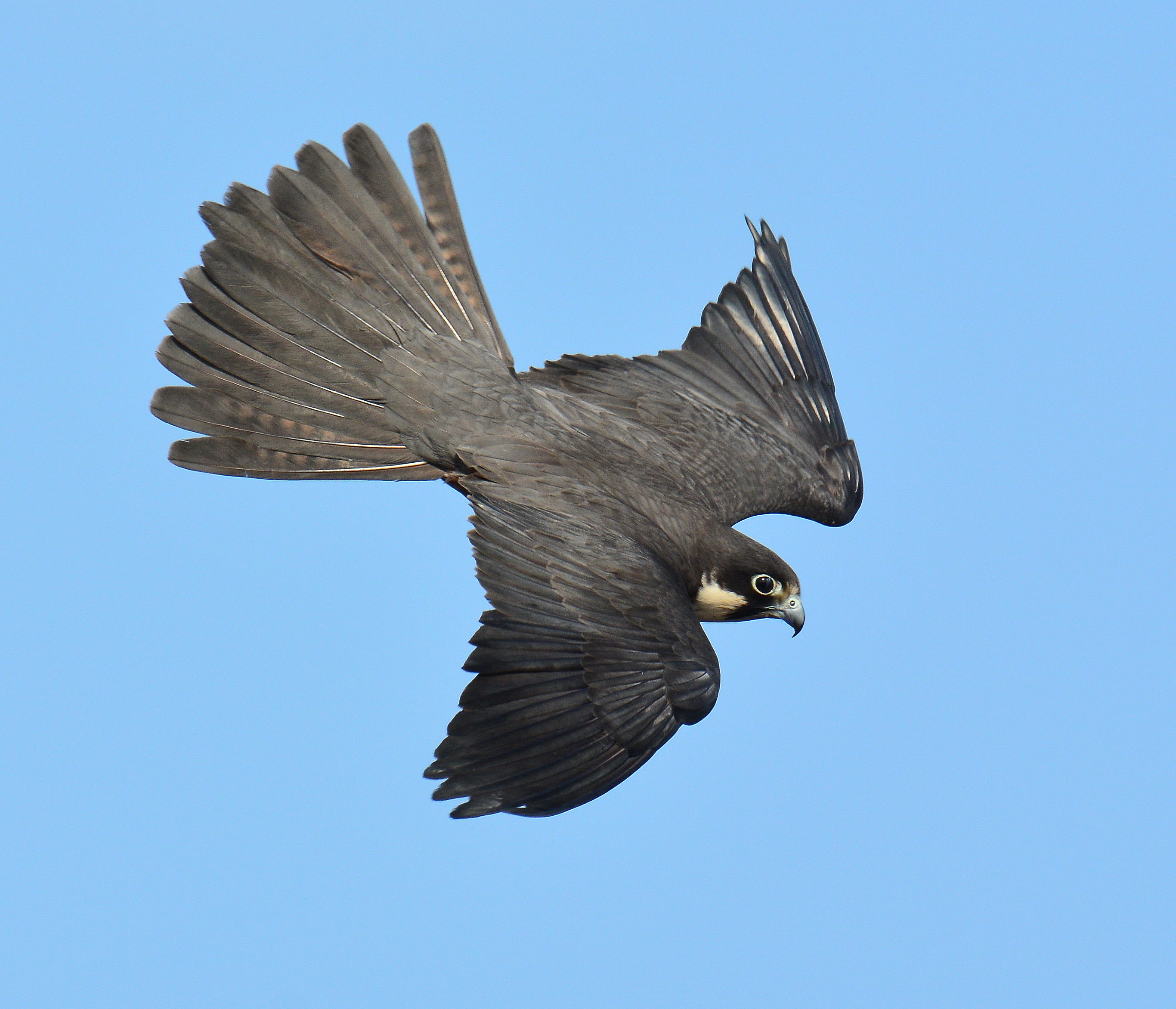 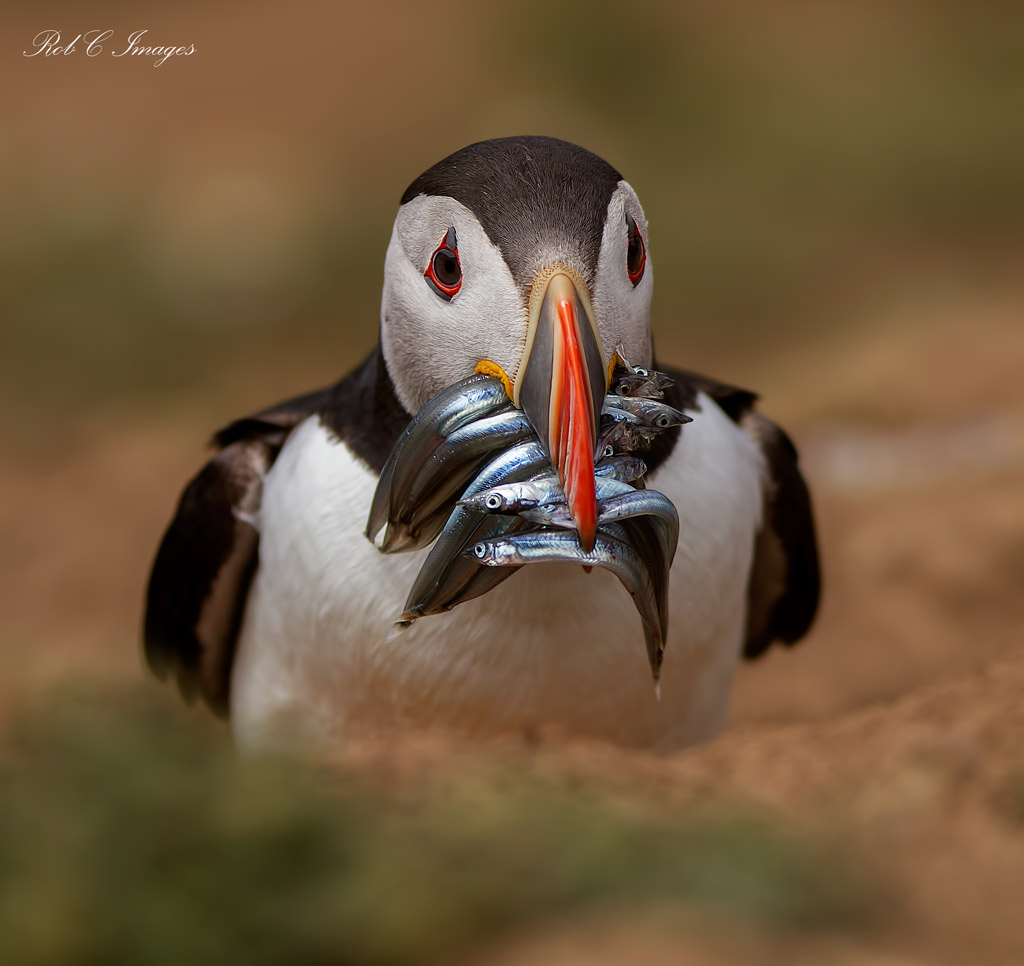 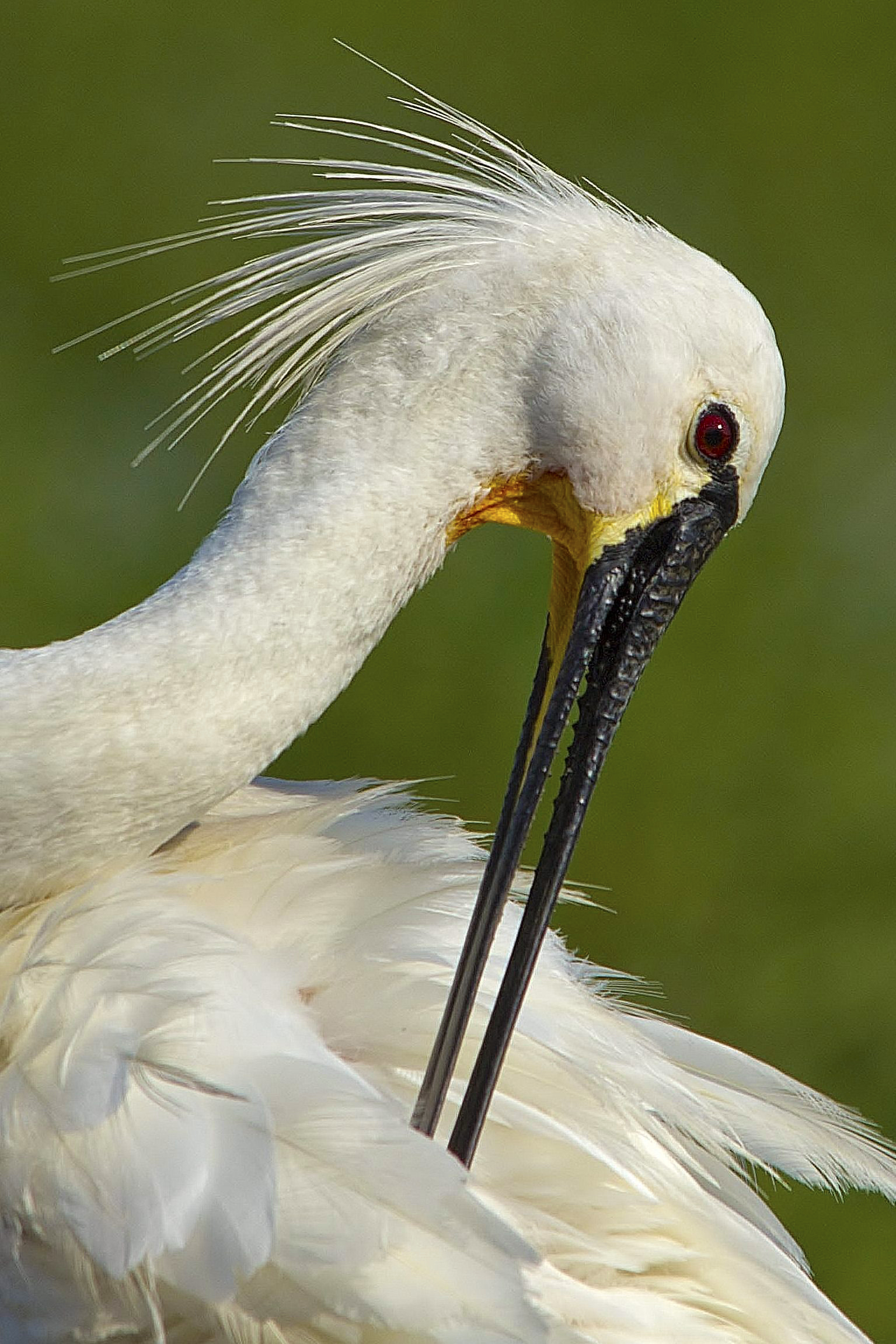 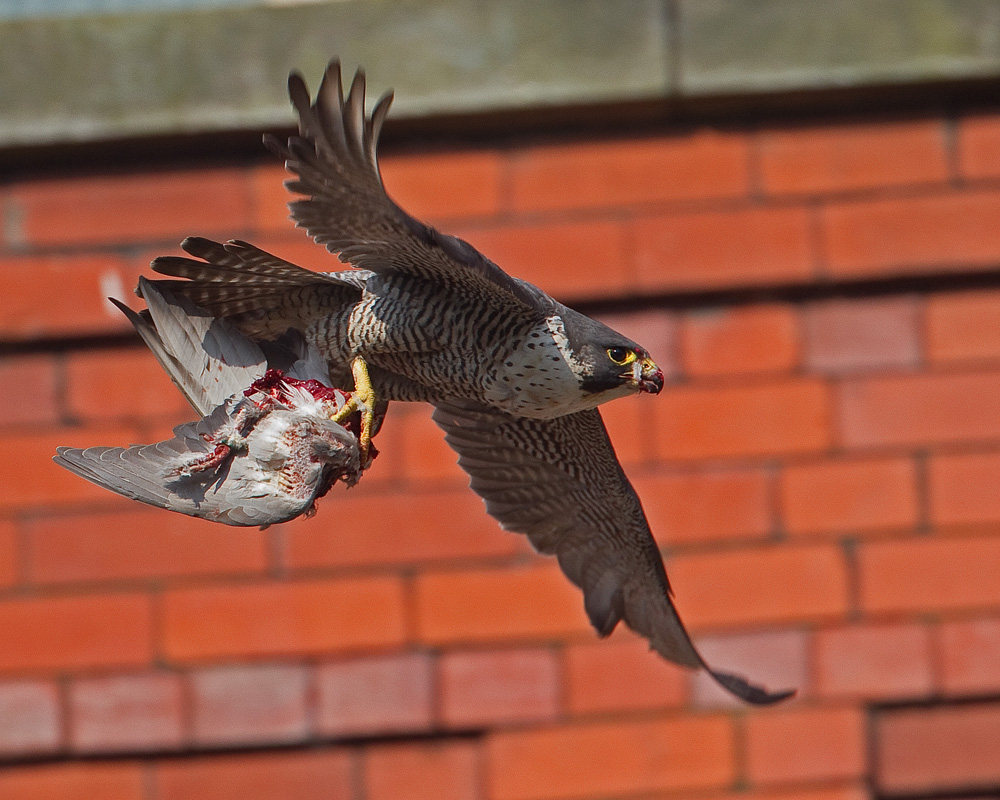 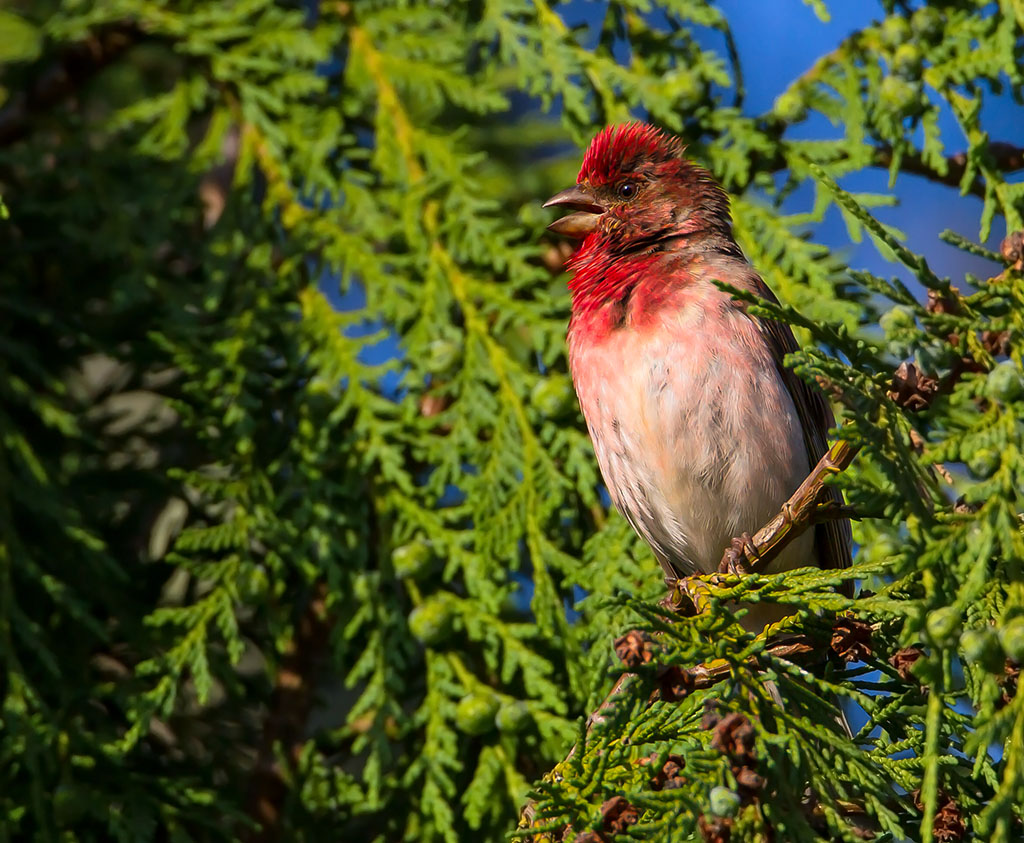 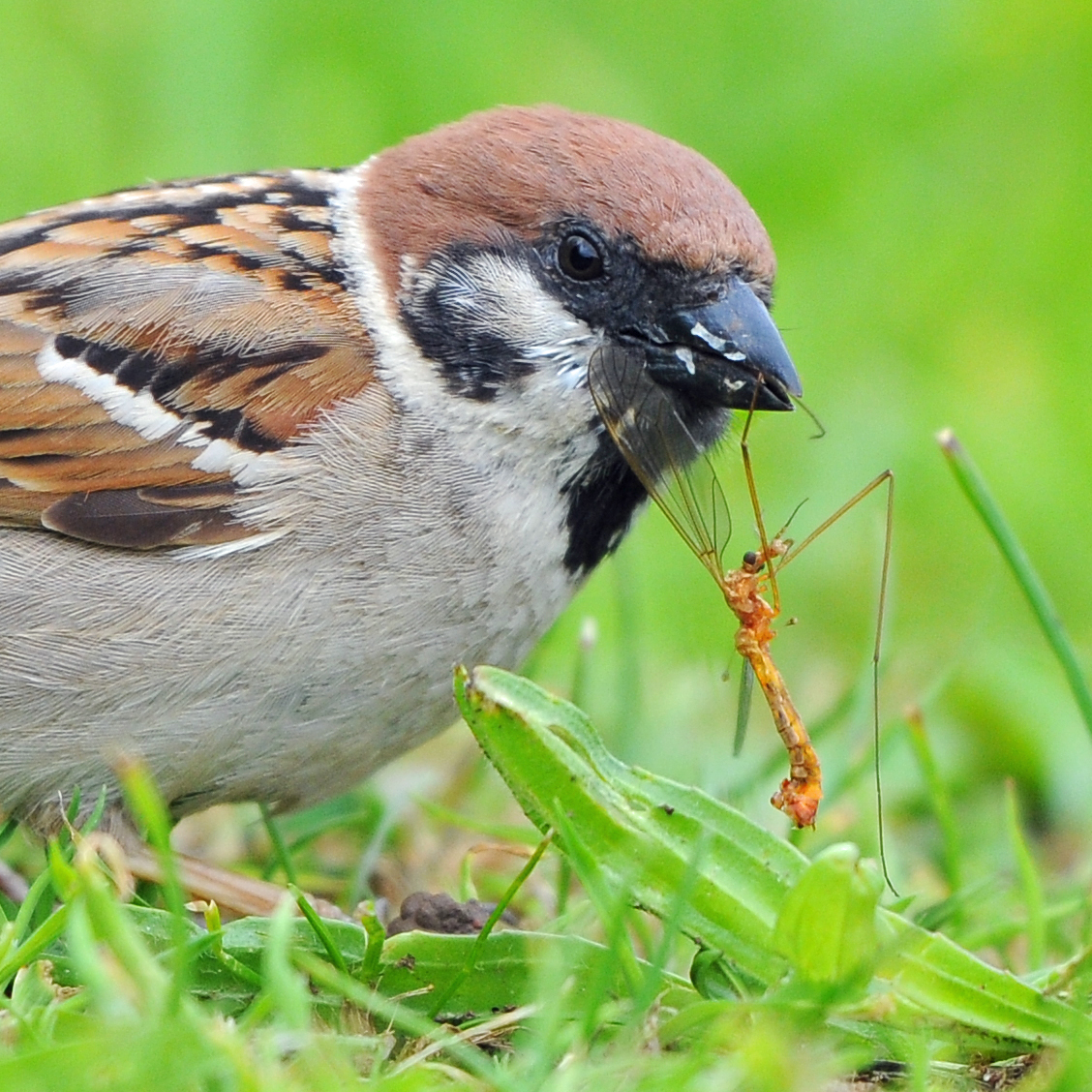 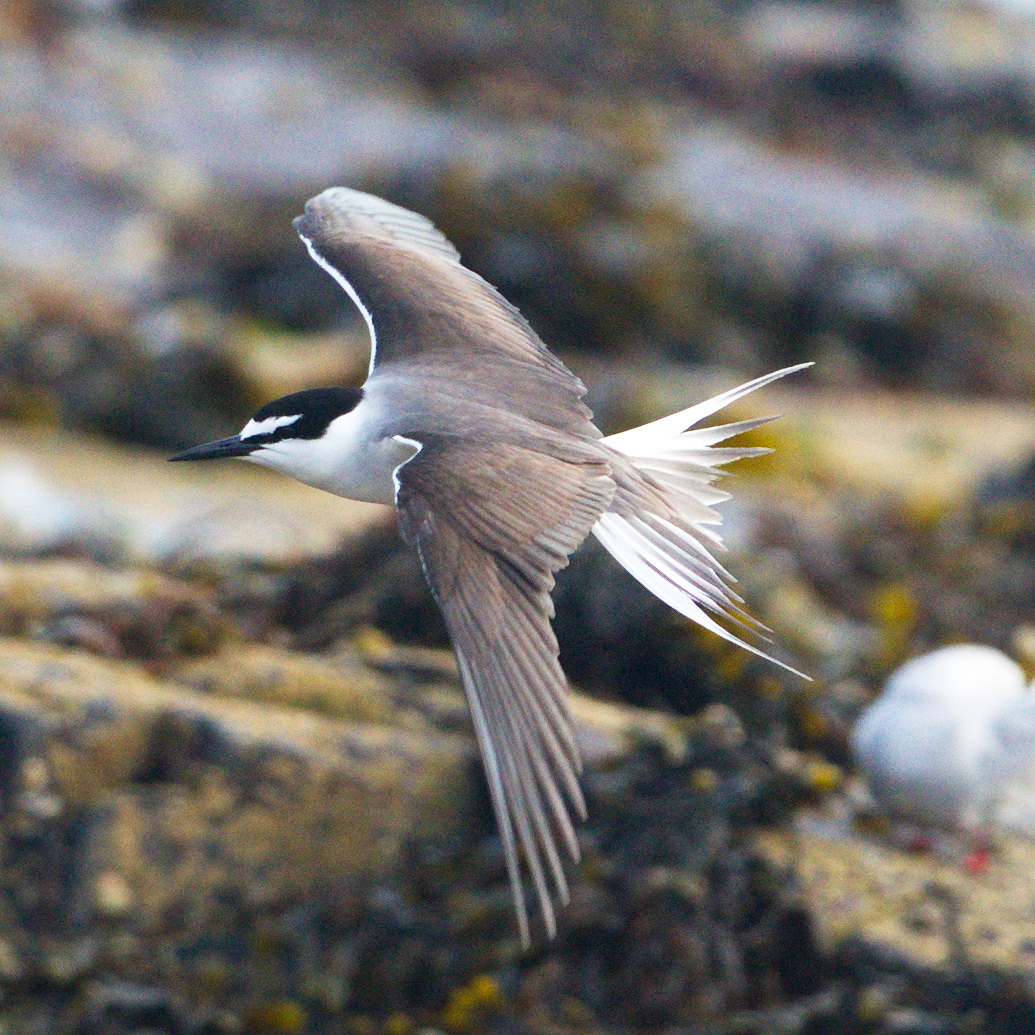