There were signs of change this week as Waxwings and white-winged gulls — particularly Glaucous Gulls — became increasingly widespread and numerous on our news page as the days passed. It also remained busy in general, with the volume of news output as high as it has ever been at this point in January.

In excess of 650 Waxwing reports on our news page this week hinted that birds were on the move, and that was very much the case. By the end of the week flocks had begun to infiltrate Greater London and southern counties, and on some days the species accounted for almost 25 per cent of our entire news output. Reports of hundreds in Leeds and Sheffield showed that a considerable proportion of this winter's influx are now well south into England (although there are apparently still plenty in Scottish cities such as Aberdeen). For more on the wanderings of Waxwings this winter, see this article. 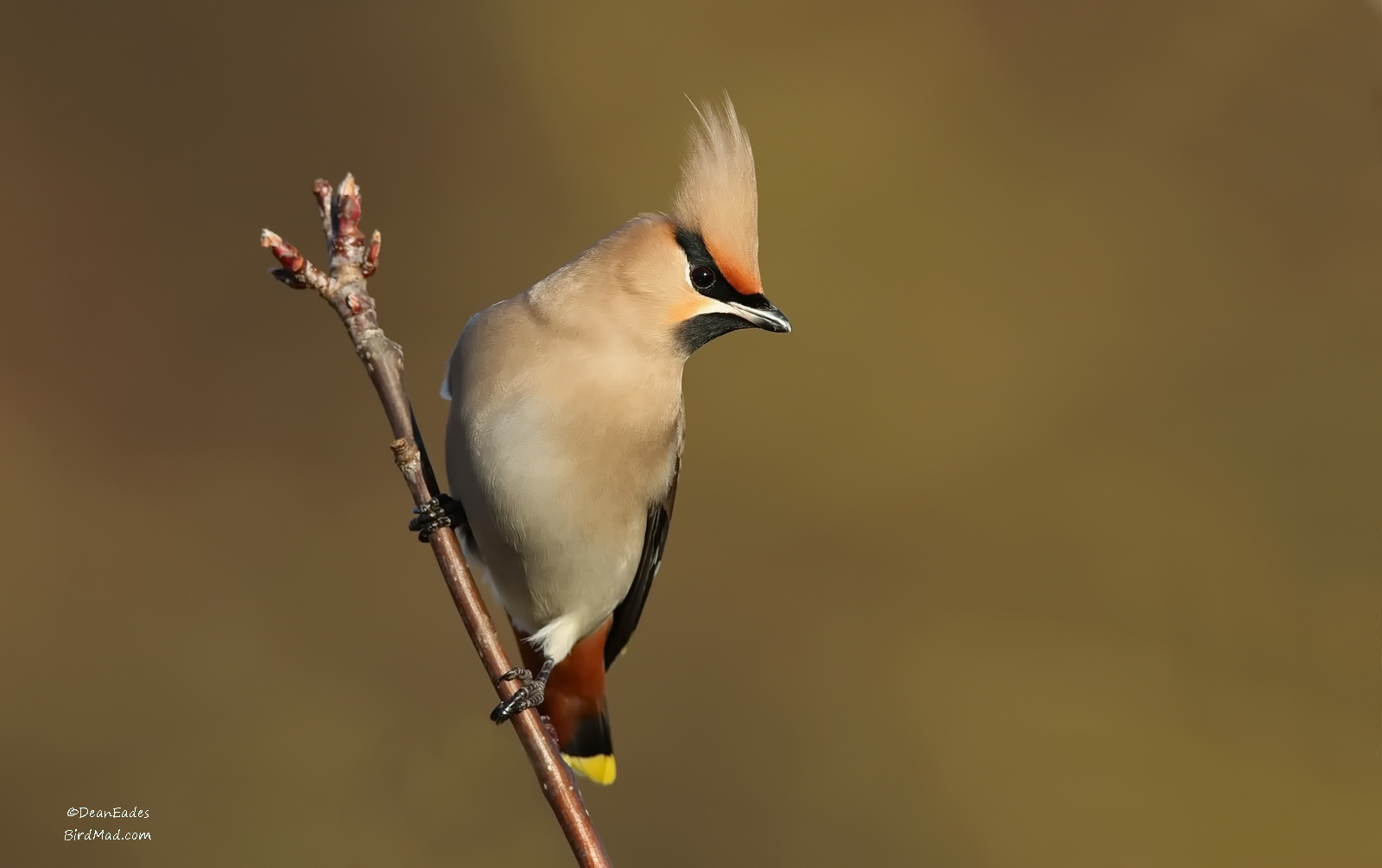 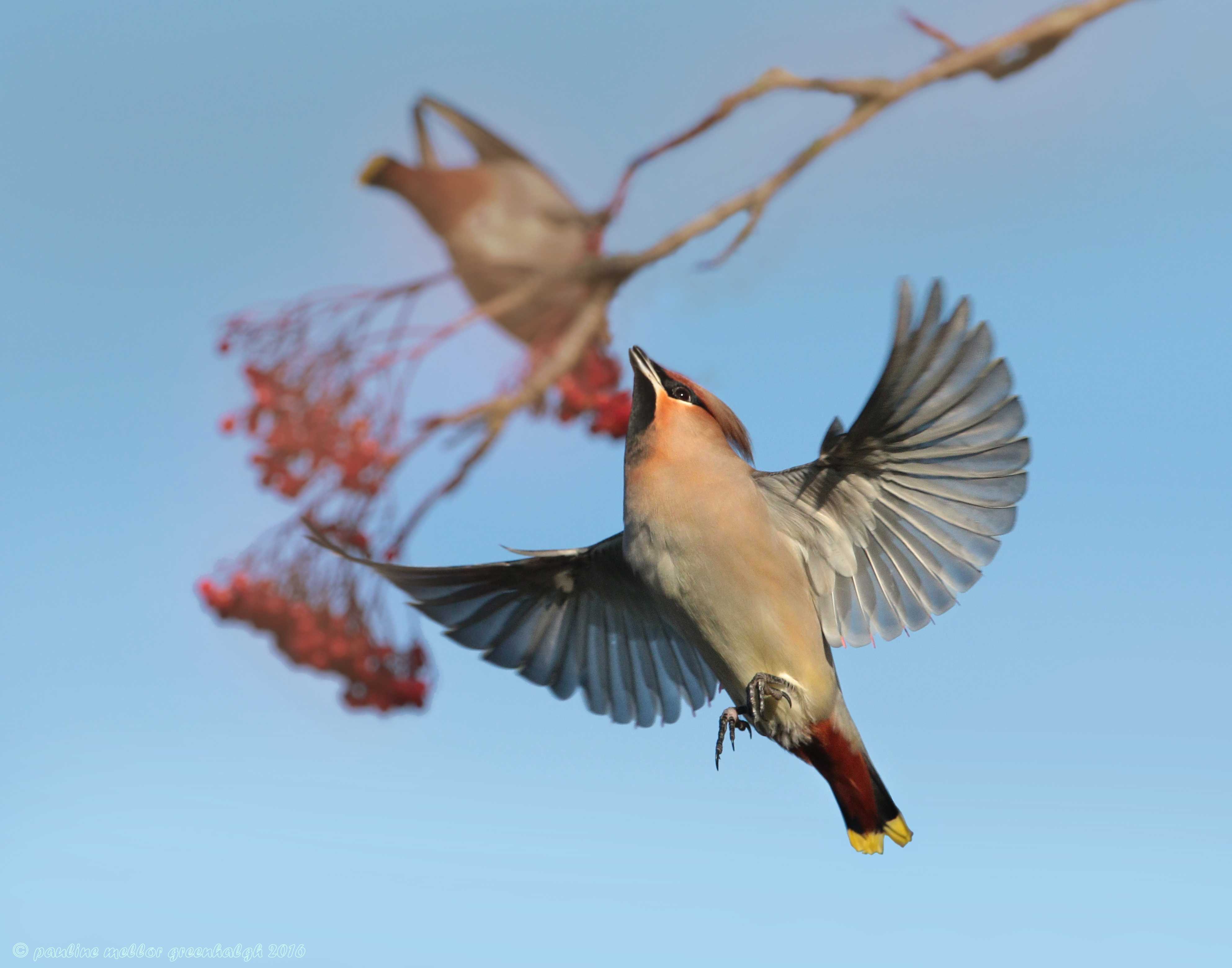 After an extremely lean start to the winter, it seems that recent unsettled conditions in the North Atlantic have finally delivered a respectable arrival of Glaucous and Iceland Gulls to Britain and Ireland. Glaucous Gulls were particularly noticeable, with upwards of 30 on Unst alone on 9th hopefully a hint of things to come. With birds reported from around 90 sites in the week, it's safe to say that the number of birds recorded was well into three figures. Iceland Gulls were considerably less numerous, with reports from 50 sites; just a few Kumlien's Gulls were logged in Cornwall, Highland and Co Kerry. 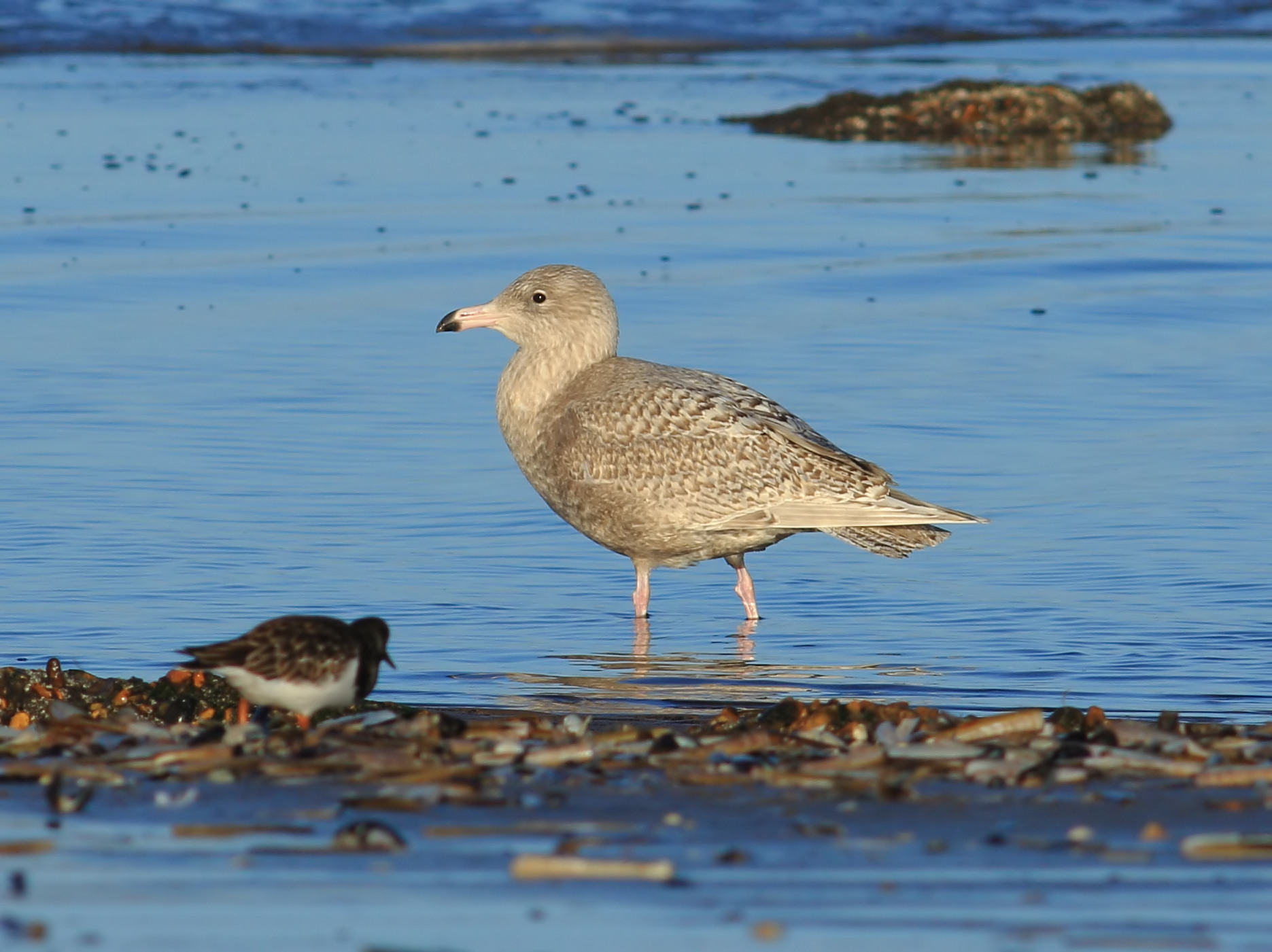 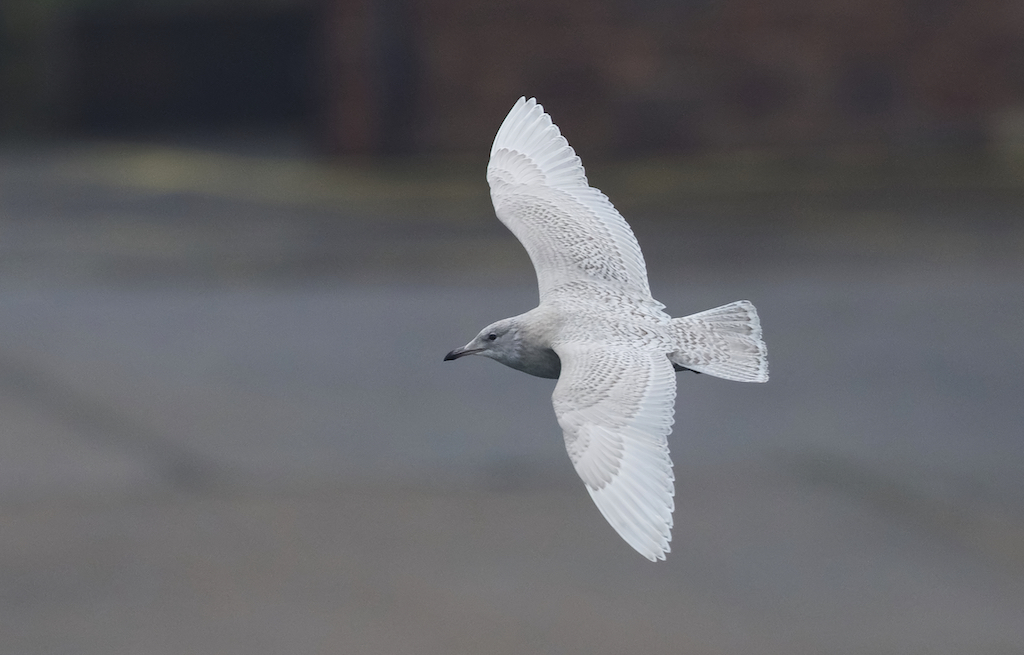 One of the key talking points of the week was a Sylvia warbler photographed in Newmarket, Cambs, on 8th. Seemingly large-billed and sizeable in the original images posted by Ray Watson, the vast majority of those who saw the photos online that evening were happy it was an orphean warbler of sorts. But, as it transpired, the gathered crowd were greeted with a pale and uniform-looking Lesser Whitethroat on site the following day — clearly lacking the bulk of an orphean and another stark reminder that even a set of good-quality images can be misleading when trying to judge a bird's characteristics, plumage and jizz. 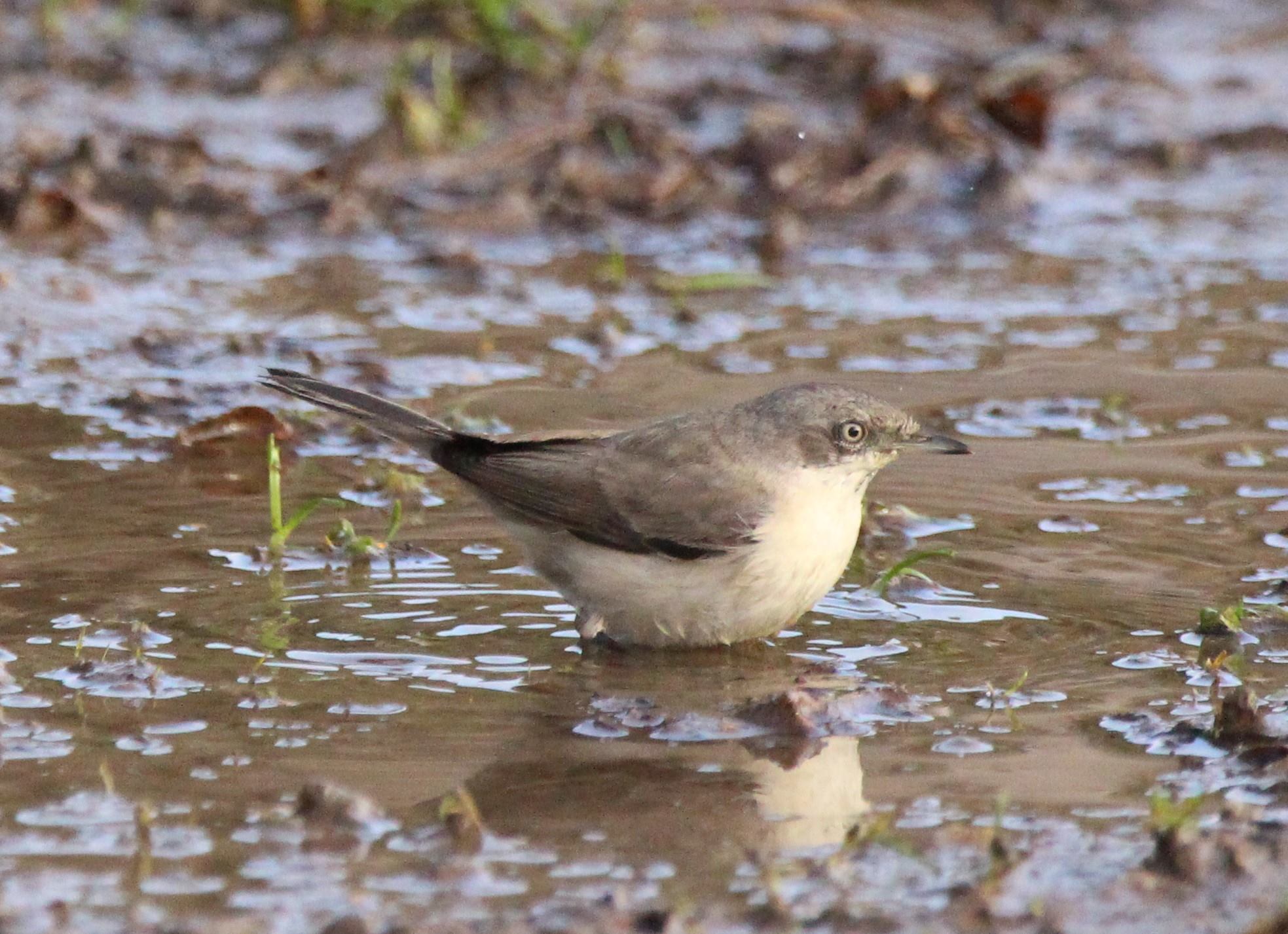 Reports of the Pine Bunting at Venus Pool, Shropshire, were a little confusing to say the least. Interspersed between full days of negative news were sightings on 4th and 6th, though at least some reports since 2nd have related to Corn Buntings (with photos to prove it). It does, however, seem odd that the bird would move on so quickly when so many of the others in Western Europe are well settled, happily wintering away at their respective chosen localities.

Both blockbuster thrushes remained in residence: the Dusky was still showing daily at Beeley, Derbyshire, while the Blue Rock Thrush did likewise at Stow-on-the-Wold, Glos — and the latter appears to have taken to roosting in a steel bucket. 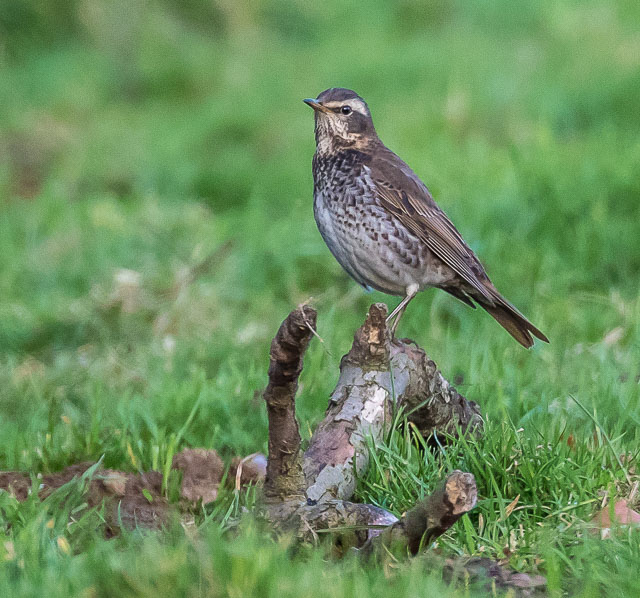 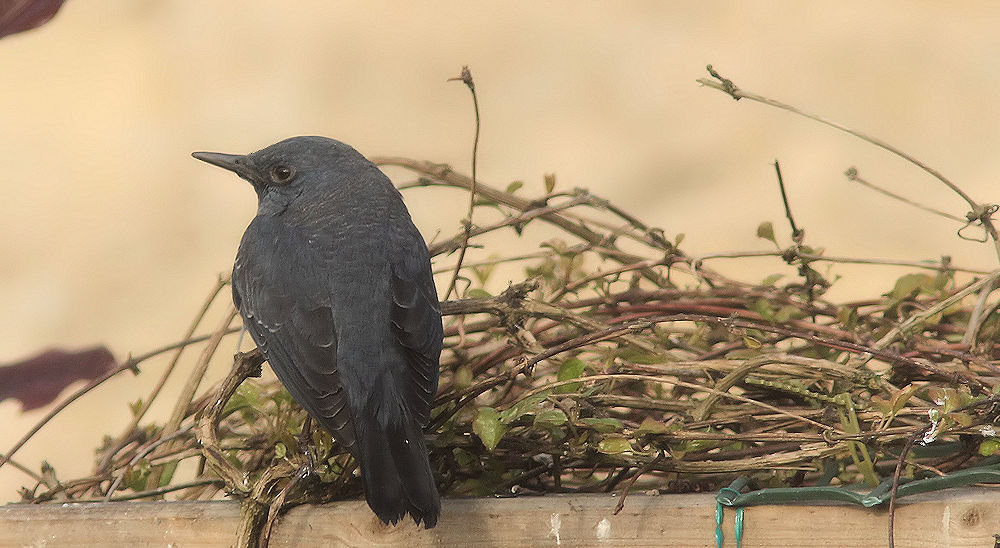 Other continuing vagrants worthy of our !!! included the Stejneger's Stonechat (or is it? The DNA is to be re-tested this week) at Dungeness, Kent, Eastern Black Redstarts in Cleveland and Cornwall, Pacific Divers in Cornwall and Co Galway, Hudsonian Whimbrel in Cornwall, American Coot in the Outer Hebrides and the Killdeer on Shetland. 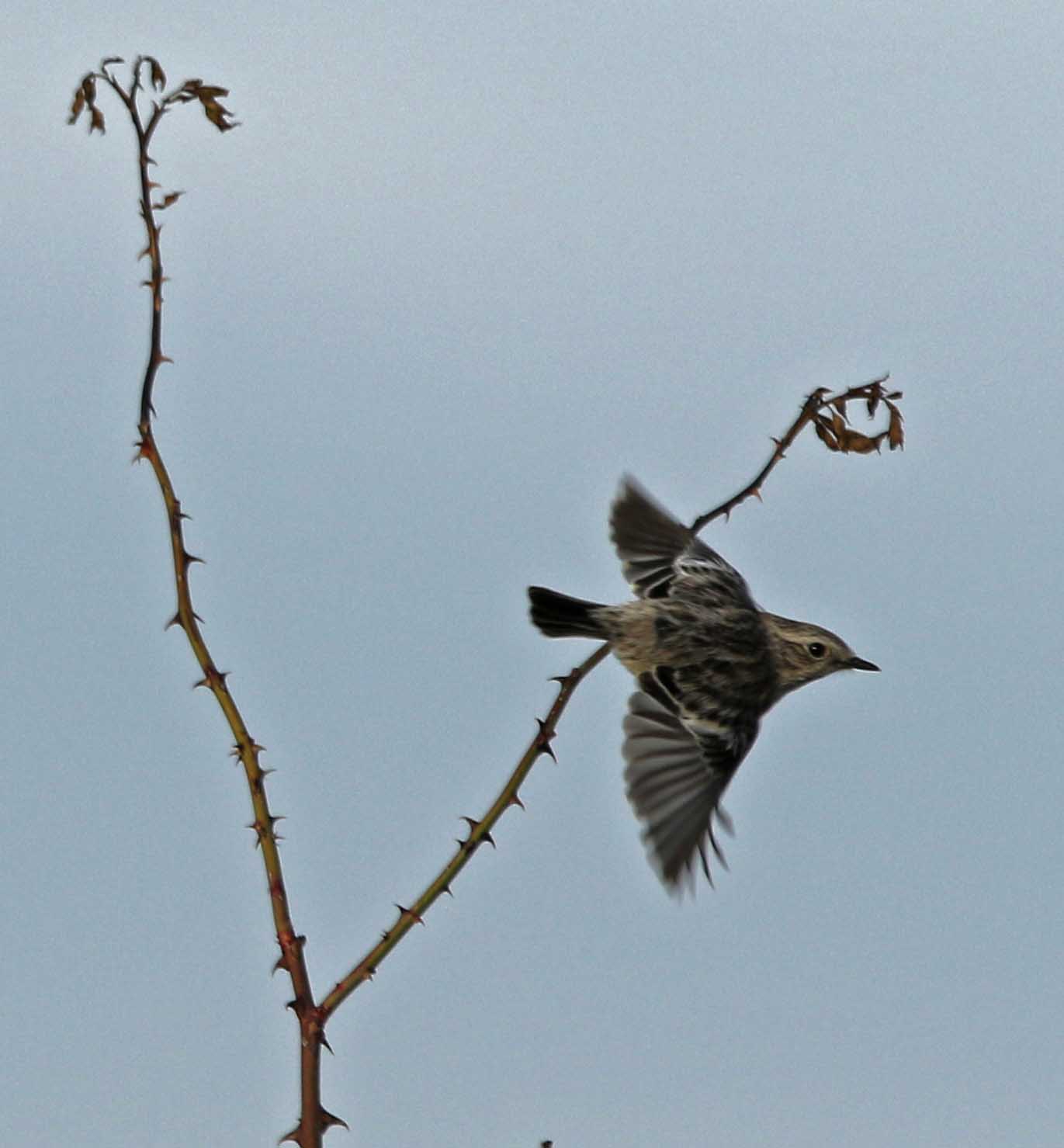 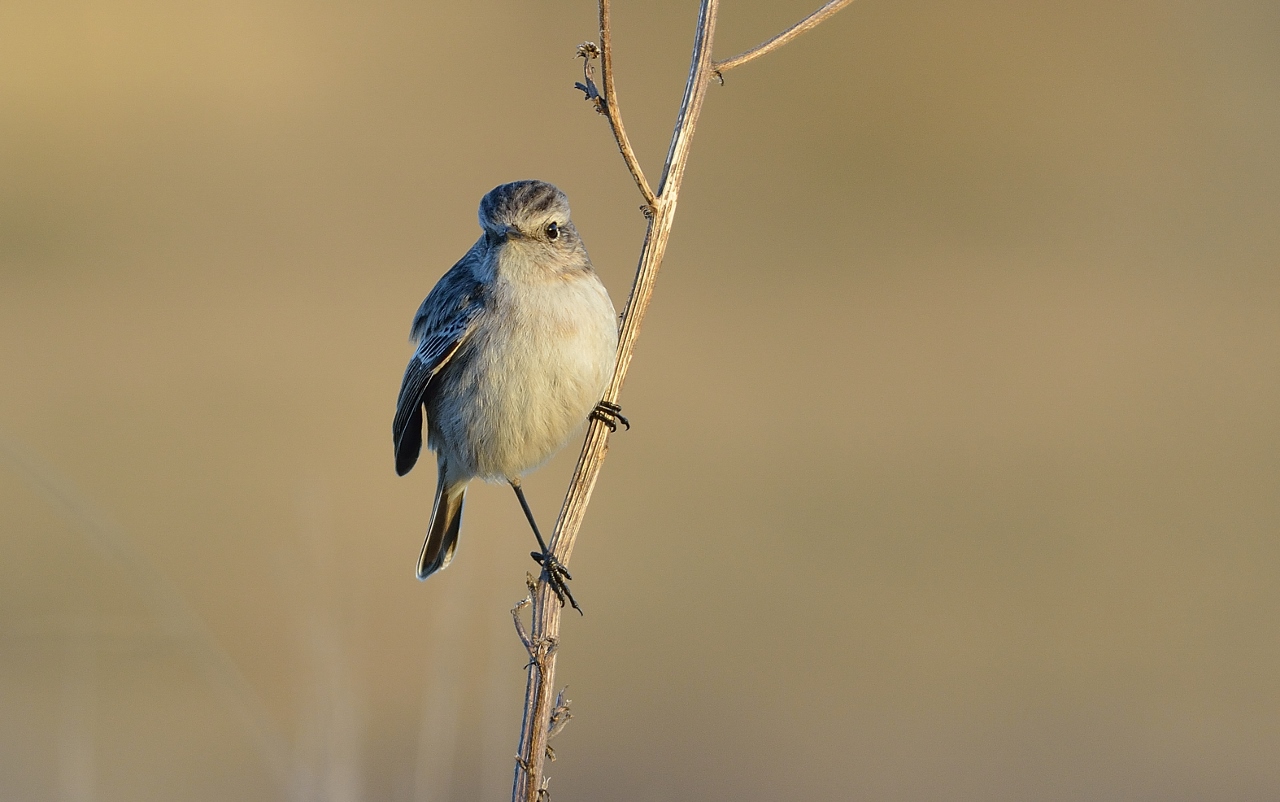 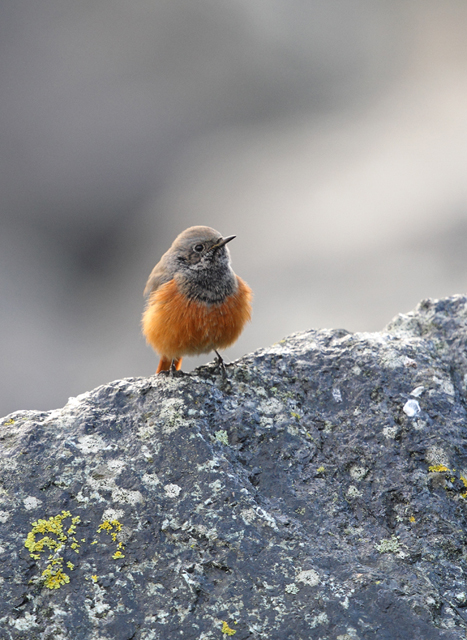 A familiar line-up of wildfowl saw the drake Hooded Merganser once again put in another week at Barr Loch, Clyde, while a dozen Ring-necked Ducks included a drake returning to Castleward, Co Down, on 8th and two still together in Co Waterford. A drake Lesser Scaup was found at Parisee Lough, Co Cavan, on 9th, with other males remaining in Co Sligo, Orkney and Cornwall. The drake Ferruginous Duck continued at Holme, Norfolk, with a female in the county at Malthouse Broad apparently exhibiting a greenish sheen to the head in photos — could it be a hybrid of sorts?

Eight of the week's ten American Wigeon were seen in Scotland, including the Barra bird seen again at Eoligarry for the first time since November. The exceptions were in Devon and Dorset. Thirteen Green-winged Teal included new birds in Cornwall, Orkney and Co Mayo, the latter an arrival at Achill Island. American Black Duck was recorded for the first time in 2017 on 10th — the drake at Strontian, Highland, registered its eleventh calendar year on site.

The Surf Scoter continued in the dam environs of Rutland Water all week, with new drakes off Pendine, Carmarthen, and Quanterness, Orkney; four drakes were off Tentsmuir, Fife, on 6th. The White-billed Diver was back off St Margaret's Hope, South Ronaldsay, from 4th.

It appears that Norfolk's Red-breasted Goose has crossed the country to Lancashire, where it pitched up at Marshside on 4th before relocating to Cockerham Moss on 8–9th. Meanwhile the Todd's Canada Goose, which shared the same fields as the Red-breasted in December, has moved east — it was at Clippesby on 8–9th. Meanwhile another Todd's remained at Wexford Wildfowl Reserve to 7th. The Snow Goose was still at Marshside on 4th, with a white morph at Loch Eye, Highland, on 6th. Black Brants were at nine sites including three in Norfolk and two in Essex. Two were together at Ferrybridge, Dorset, on 10th. 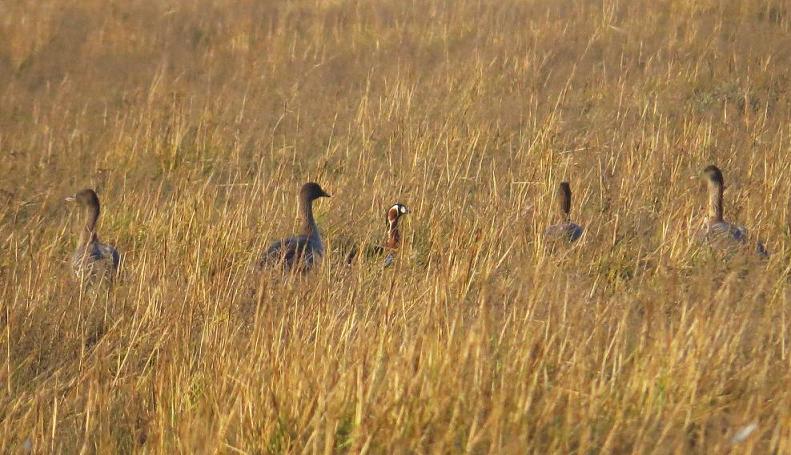 Both the male Northern Harrier and juvenile Pallid Harrier continued on North Ronaldsay and at Welwick respectively, while Orkney also produced further sightings of what is presumably the same mobile Snowy Owl first seen on Westray back in November. With a report from Westray again "last week", a female was on Eday on 8–9th. A white-morph Gyr was observed sitting on a roof at Ballynahinch, Co Down, on 9th. At least half-a-dozen Rough-legged Buzzards included a returning adult male near Thorney, Cambs, on 10th. 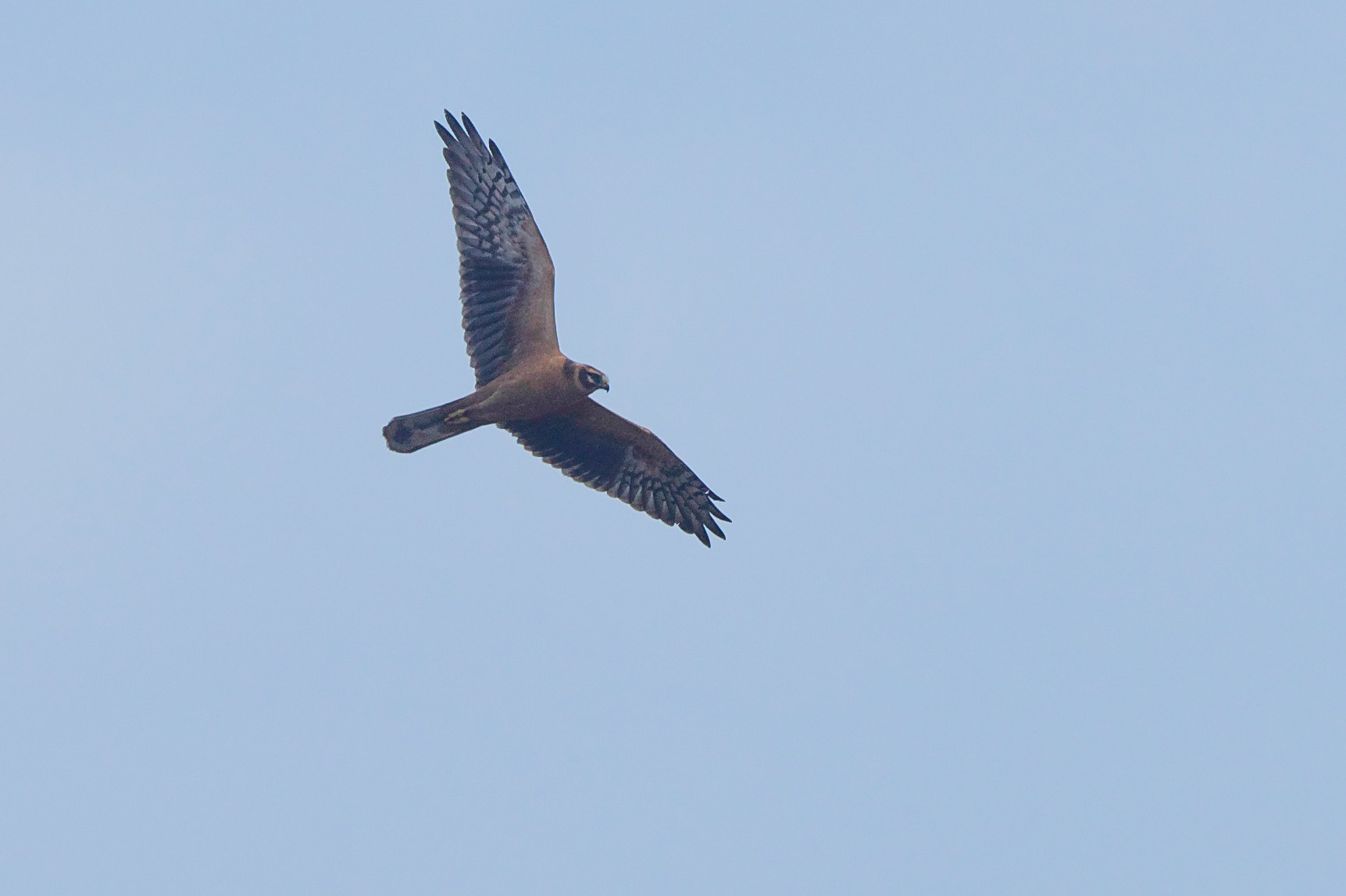 Cattle Egrets were reported from almost 40 sites this week, with up to 17 still roosting on the Gannel Estuary, Cornwall, and nine near Carrigaline, Co Cork, the high counts — though the number of birds present across southern Britain and Ireland must be well into three figures. What was probably the same mobile Glossy Ibis was seen at two sites in Essex, while two were still at Ham Wall, Somerset, and a third continued at Watermead Country Park, Essex. An old friend, escaped White Stork 'Z1213', was seen again in Herefordshire. 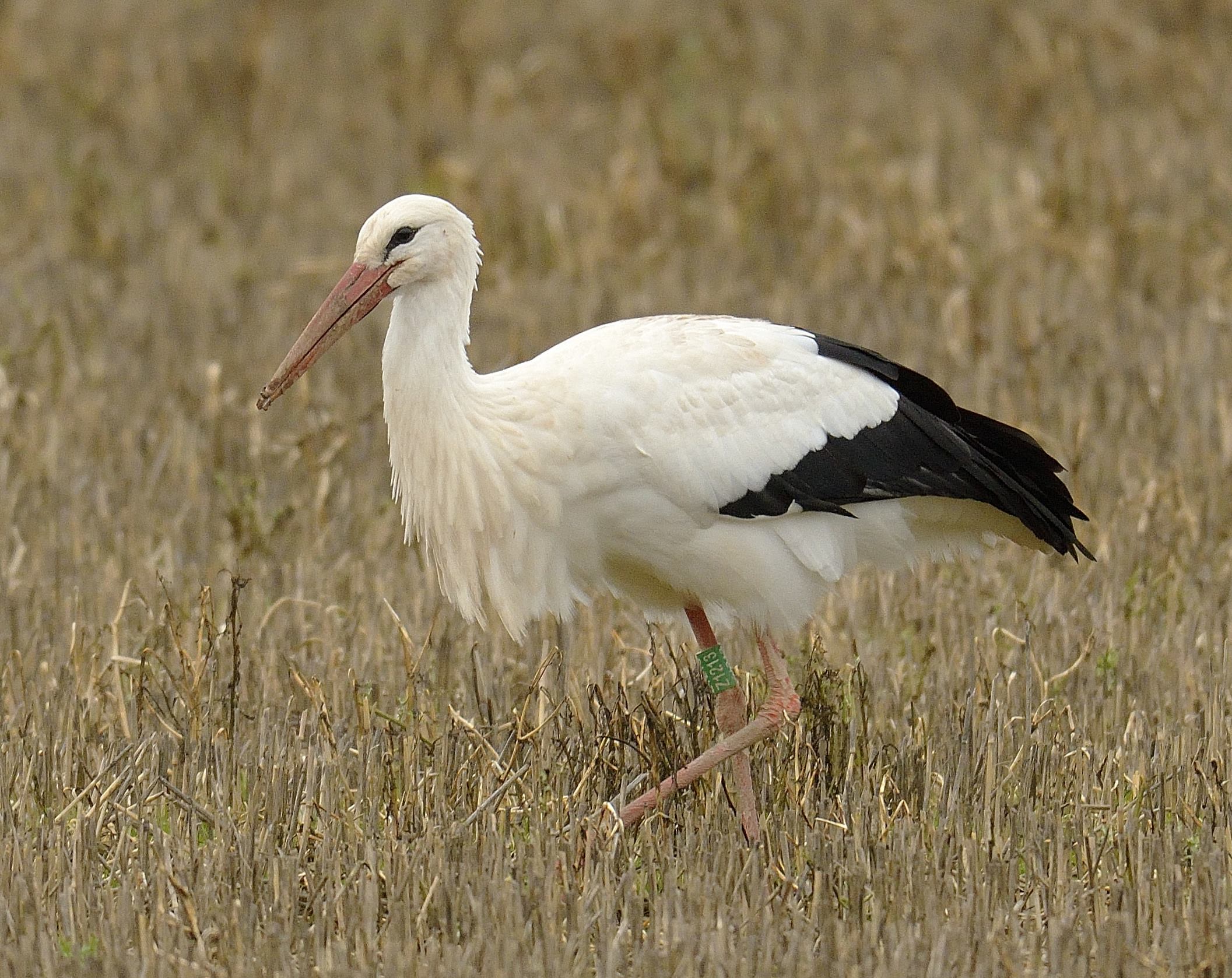 The Lesser Yellowlegs continued at Lytchett Bay, Dorset, to at least 8th, while the Long-billed Dowitcher was still at Tacumshin, Co Wexford, that day. The Temminck's Stint lingered at Branston Gravel Pits, Staffs, to 5th.

The Bonaparte's Gull continued at Dawlish Warren, Devon, while at least 20 Ring-billed Gulls were seen, of which 15 were in Ireland. New first-winters graced Whitehouse Lagoon, Co Antrim, on 7th and Chew Valley Lake, Somerset, on 8th, while at least two youngsters were seen in Cornwall. 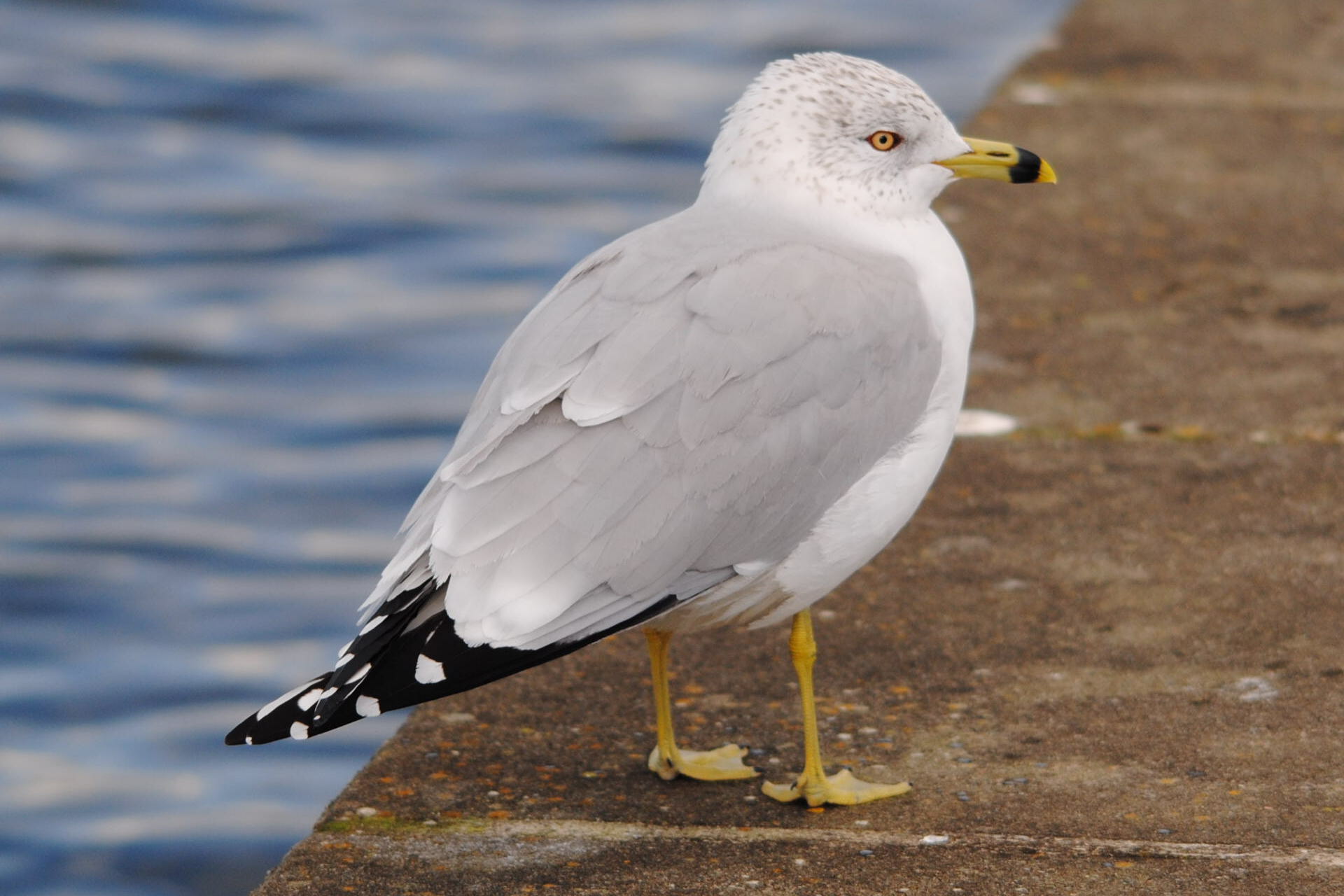 The week's only Richard's Pipit was the continuing bird at Arlingham, Glos, while Rose-coloured Starlings remained in Crawley, West Sussex, and Dorchester, Dorset. Another long-stayer showing no signs of going anywhere is Thurlestone's Desert Wheatear. 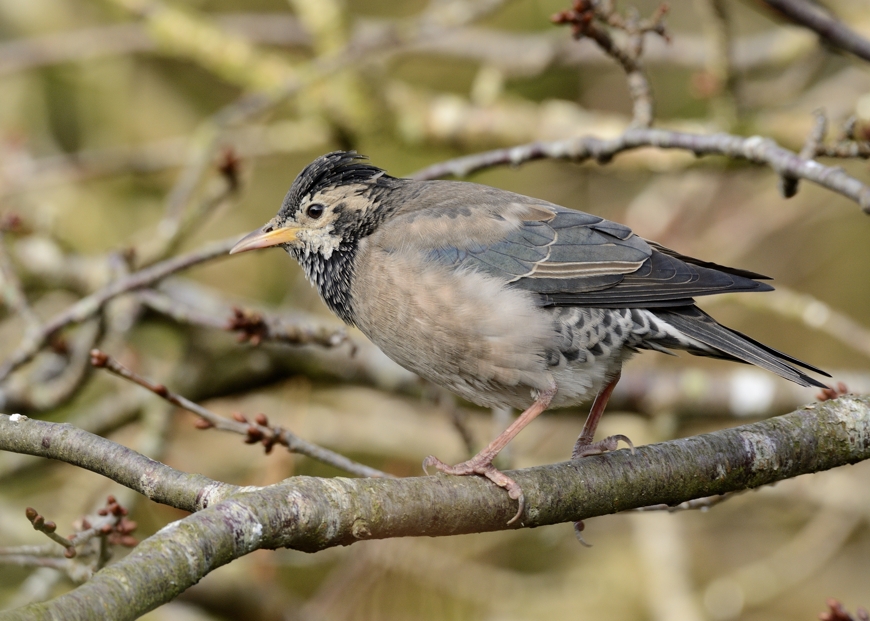 A Pallas's Warbler was found at Kessingland, Suffolk, on 6th and lingered thereafter. Yellow-browed Warblers remained at 24 sites; it'll be interesting to see if this total diminishes after the cold snap forecast for the coming few days. Great Grey Shrikes were reported at 19 sites and Shore Larks at six, the latter including a new bird on Papa Westray, Orkney, on 8th. At least one Little Bunting remained in the Nanjizal/Polgigga area, with another found at Knettishall, Suffolk, on 8th. 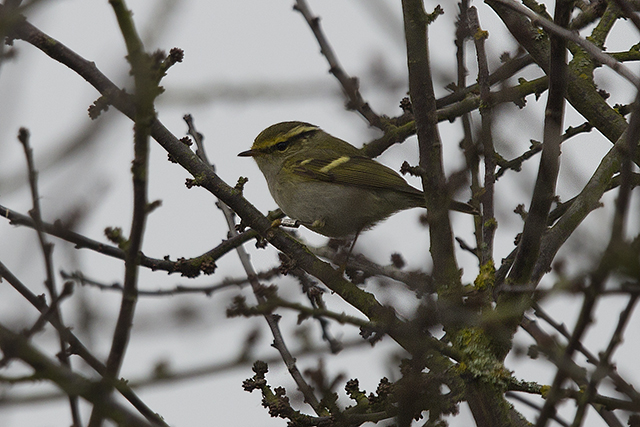 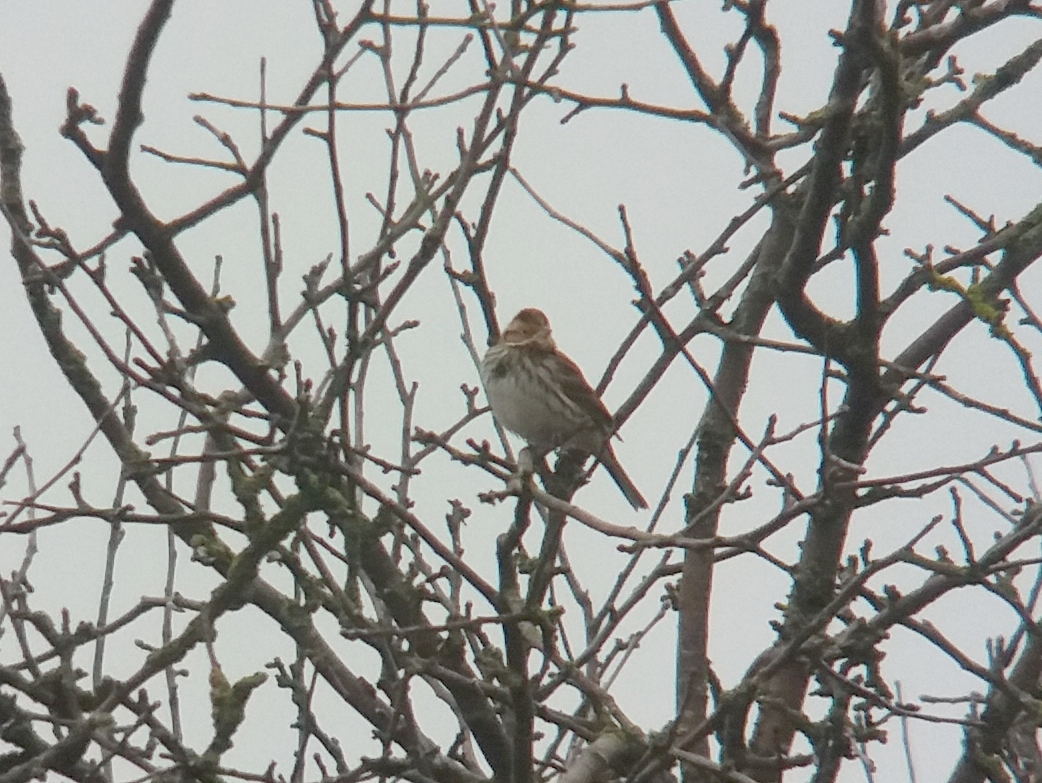 Perhaps the standout record of the week was a juvenile Spanish Imperial Eagle at Lago di Massaciuccoli, Tuscany, from 8th — a first for Italy. Another notable Italian record concerned a confiding Pacific Golden Plover along the shore of Lake Como on 8th. News that a Sudan Golden Sparrow had been seen north-west of Aoussard, Western Sahara, was welcome, while a Pied Crow was photographed north-east of Tarfaya on 9th. 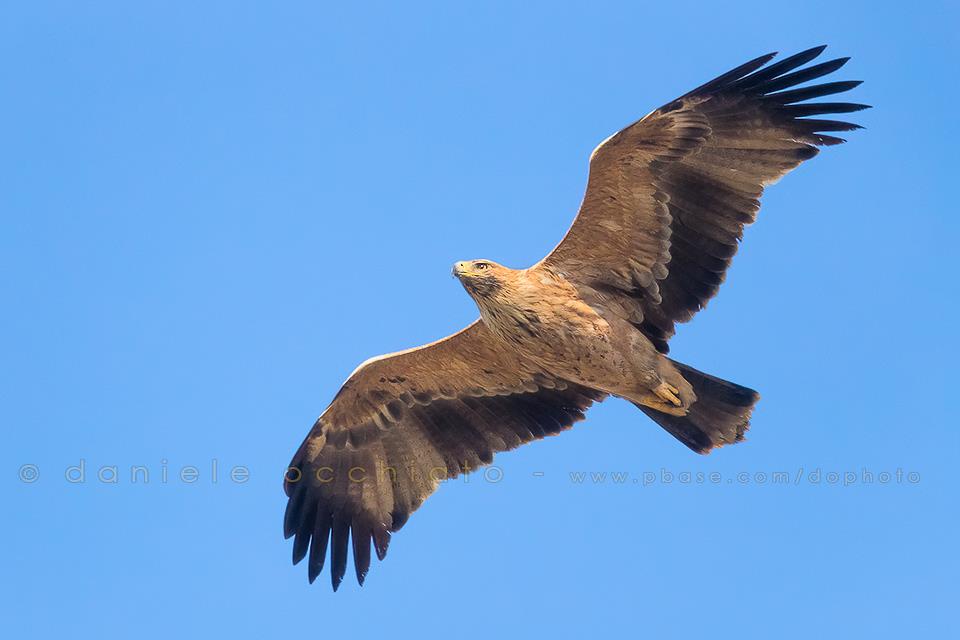 An immature Allen's Gallinule was picked up exhausted at Agaete, Gran Canaria, on 10th. The Azores' (and in particular São Miguel's) good run continued with a Sora at Sete Cidades on 9th. At least three Pine Buntings were seen at two sites in the Netherlands, where a Blyth's Pipit was seen at Die Biebosch, Noord-Brabant.

A second Basalt Wheatear in the space of a week was found in Israel at Beer-Ora, this in itself just the ninth record in Israel. This, the rare and mysterious warriae subspecies of Mourning Wheatear, is endemic to the dark volcanic rock deserts of northern Jordan and southern Syria, though has not been seen in the former country for several years now and vagrants in Israel offer the only realistic chance to see the taxon. News from Kuwait concerned the return of the Lesser Flamingo to Sulaibikhat Bay for its third winter and a flock of Sociable Lapwings. Long-stayers included the Siberian Accentor at Hirtshals, Denmark, and the Red-necked Stint at Vejbystrand, Sweden.