It turned out to be another fairly productive week, punctuated by the odd new rarity appearing as well as a strong cast of long-stayers ensuring that there was plenty to look at across Britain and Ireland. Conditions were changeable to say the least, with snow and high winds interspersed with periods of sunnier and calmer weather. It was also generally quite cold, with many areas recording their coldest temperatures of the winter on Monday night.

First mention must once again go to the Harlequin on the River Don in Aberdeen, with this bird still being present throughout the week. This delightfully confiding duck continues to entertain a steady stream of admirers, and the latest photos suggest the state of its plumage is coming on leaps and bounds — various flashes of white and patches of blue-grey are now developing where brown once dominated. Give it a few more weeks and it could be looking rather dashing ... 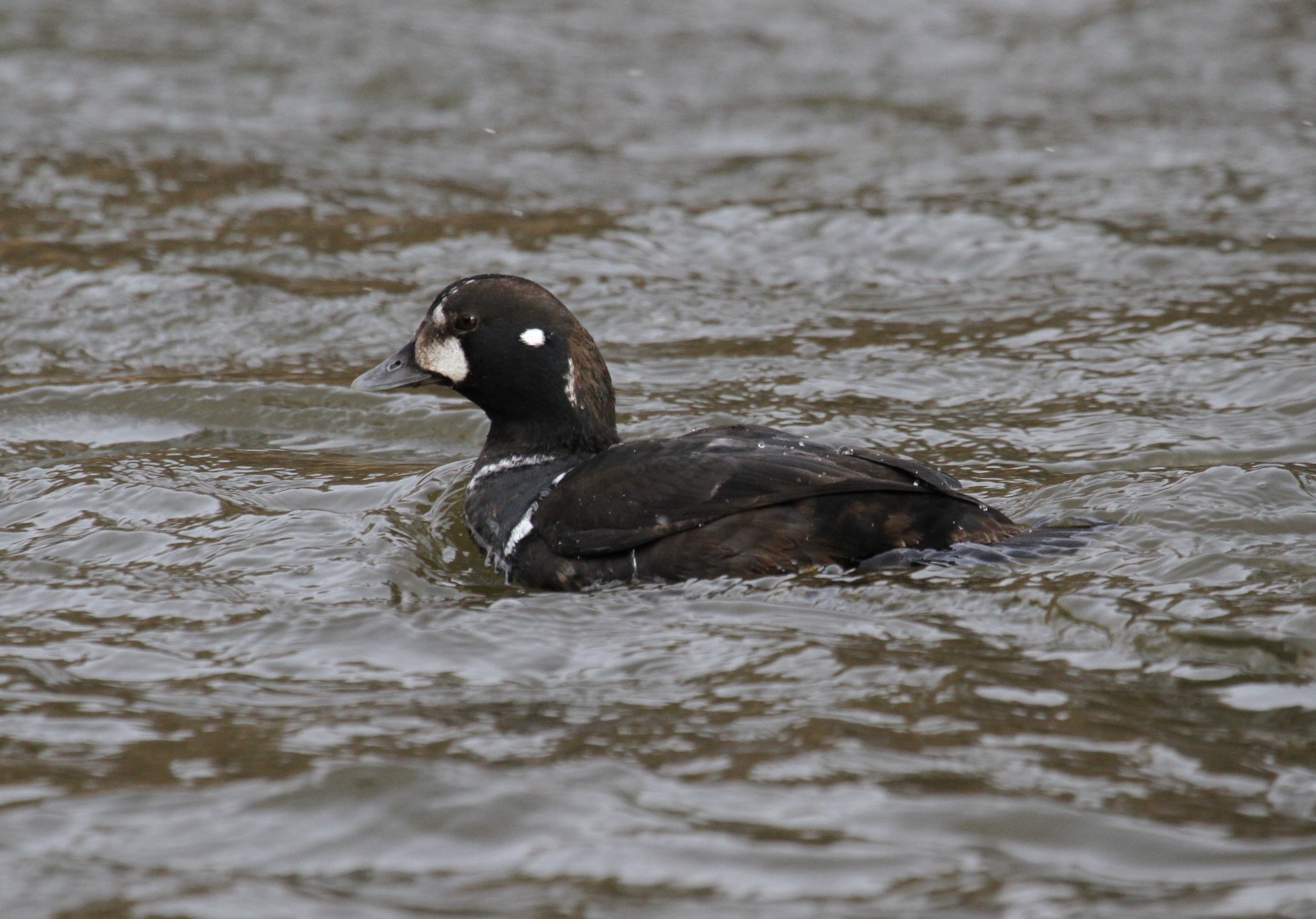 The Black Scoter was still off Cheswick Sands, Northumberland, on 31st but not thereafter; altogether more settled was the drake off Rossbeigh, Co Kerry, which was still there on 1st. Half a dozen Surf Scoters included a new drake off Lahinch, Co Clare, from 30th in addition to lingering birds in Suffolk/Essex, Lothian, Fife and Counties Wexford and Louth. A drake King Eider was off St Combs, Aberdeenshire, on 28–31st and the first-winter drake found off Maenporth, Cornwall, last Wednesday remained to 1st. A female was also in Bluemull Sound, Shetland, on 29th alongside a White-billed Diver. 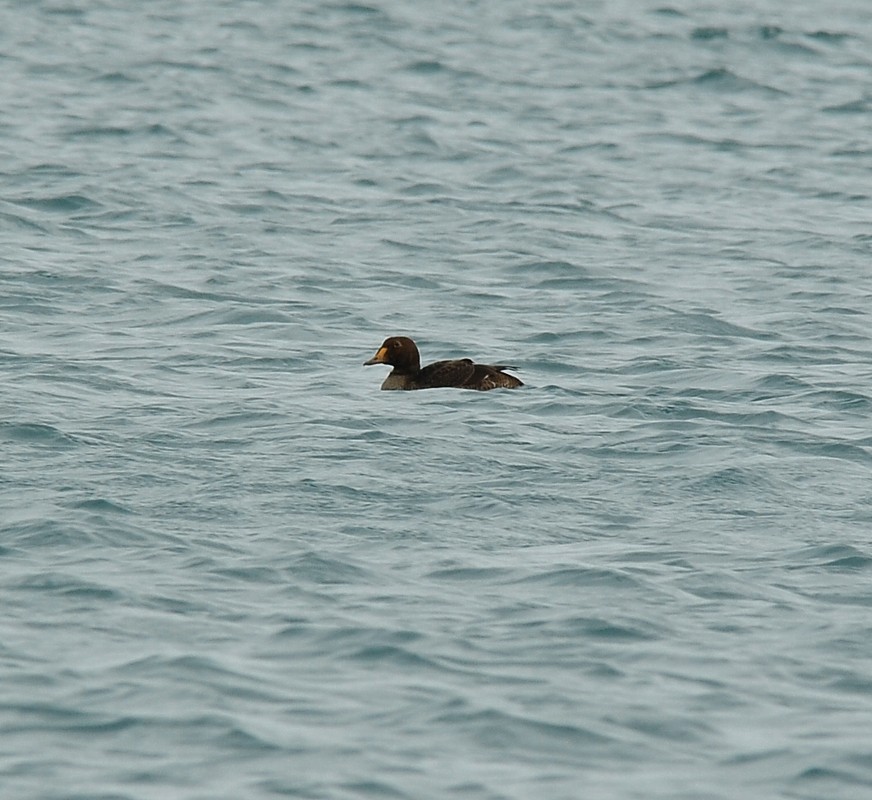 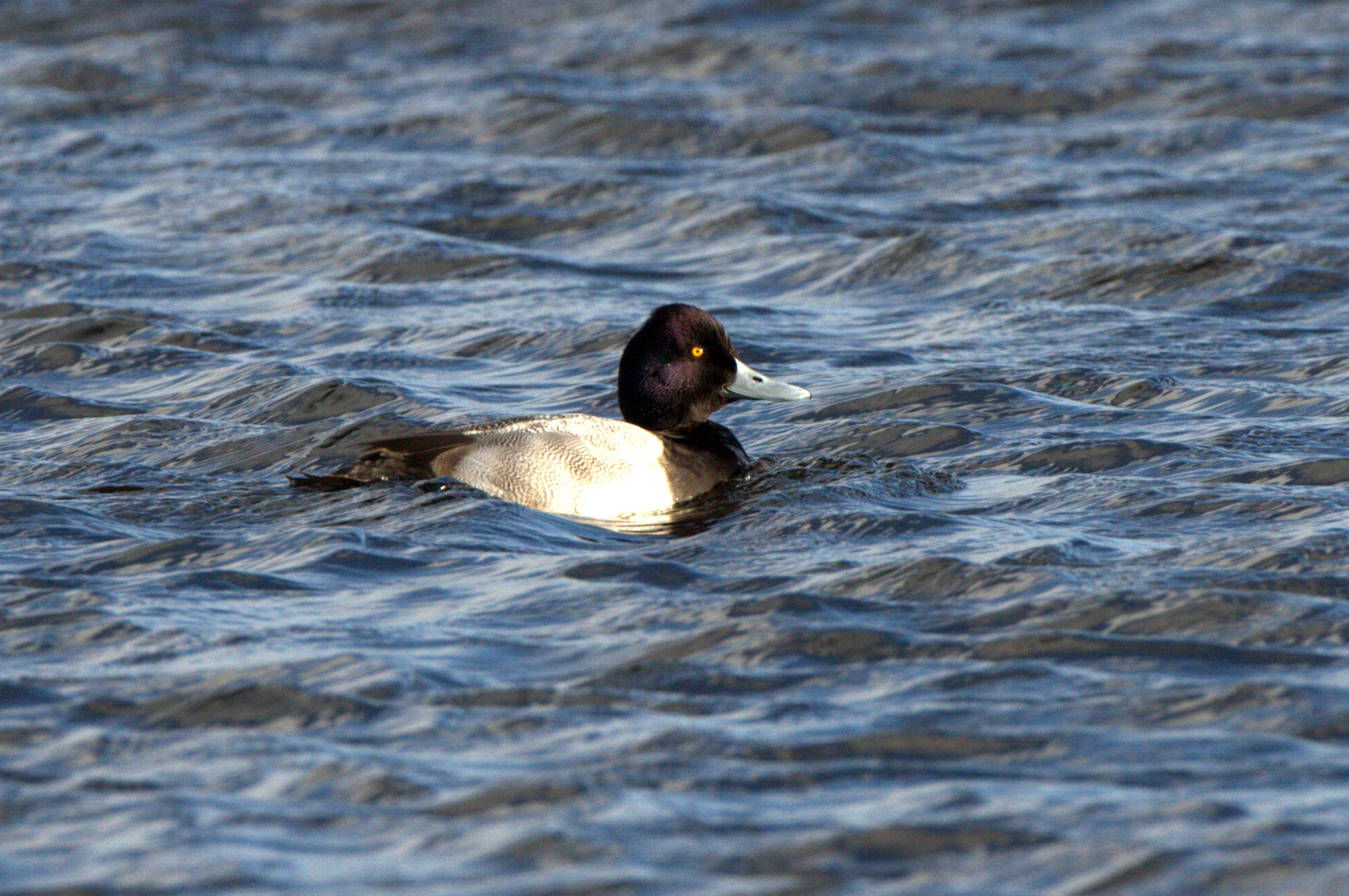 The drake Black Duck on Tresco, Scilly, continued to add a touch of class to the wildfowl gathered on Abbey Pool; at the opposite end of the country the drake Blue-winged Teal remained at The Shunan, Orkney, on 1st. Scotland boasted six of the week's 11 Green-winged Teal records; in Ireland a new bird was at Strangford Lough, Co Down, on 1st, in addition to lingering individuals in Counties Mayo and Antrim. The brace of female American Wigeon continued to enrich the avifauna of the Gannel Estuary, Cornwall, with the drake also still in the county at Kingsmill Lake. A drake on the Ythan Estuary, Aberdeenshire, on 29–30th is presumably the bird from Meikle Loch, while a new drake was at Nosterfield, N Yorks, from 3rd. In Ireland drakes were at Malin, Co Donegal; Cahore, Co Wexford; and Harper's Island, Co Cork.

The Ross's Goose was still in Northumberland this week, last being noted at Druridge on 29th. The parvipes Canada Goose was also still in Co Wexford and a Richardson's Cackling Goose remained in Co Sligo, but it was a Ridgway's Cackling Goose in Dumfries & Galloway that had people talking. Though it settled at Cults Loch from 28th, it was unfortunately among mixed geese (namely Canada and Greylag Geese) rather than the hoped-for Barnacles, which would arguably be more likely to bring a genuine vagrant with them. Belated news was received of a Red-breasted Goose on Stronsay, Orkney, on 25th, while Black Brants were reported from Devon, West Sussex, Suffolk (2) and East Yorkshire (2), reports in this last county including the first-winter found the previous week.

In Co Cork the Night Heron was considerably more reliable around Youghal this week, being reported almost daily to 3rd following its rediscovery on 30th. Two Cattle Egrets continued in the Dungeness/Scotney area of Kent and another was on Jersey. What is presumably the same Glossy Ibis was seen again at Wat Tyler Country Park, Essex, on 2nd — its first appearance since 15 November. Others were in Cambridgeshire and Co Waterford.

The most surprising find of the week was a Pacific Golden Plover among many thousands of its European counterparts at Alkborough Flats, Lincs, on 29th. This is only the second of its species to be found in the first month of the year, the other at Land's End on 28 January 1996. The Alkborough bird hasn't been seen again despite searching, but Lesser Yellowlegs remained at Winchelsea, E Sussex, and Poulnasherry Bay, Co Clare. 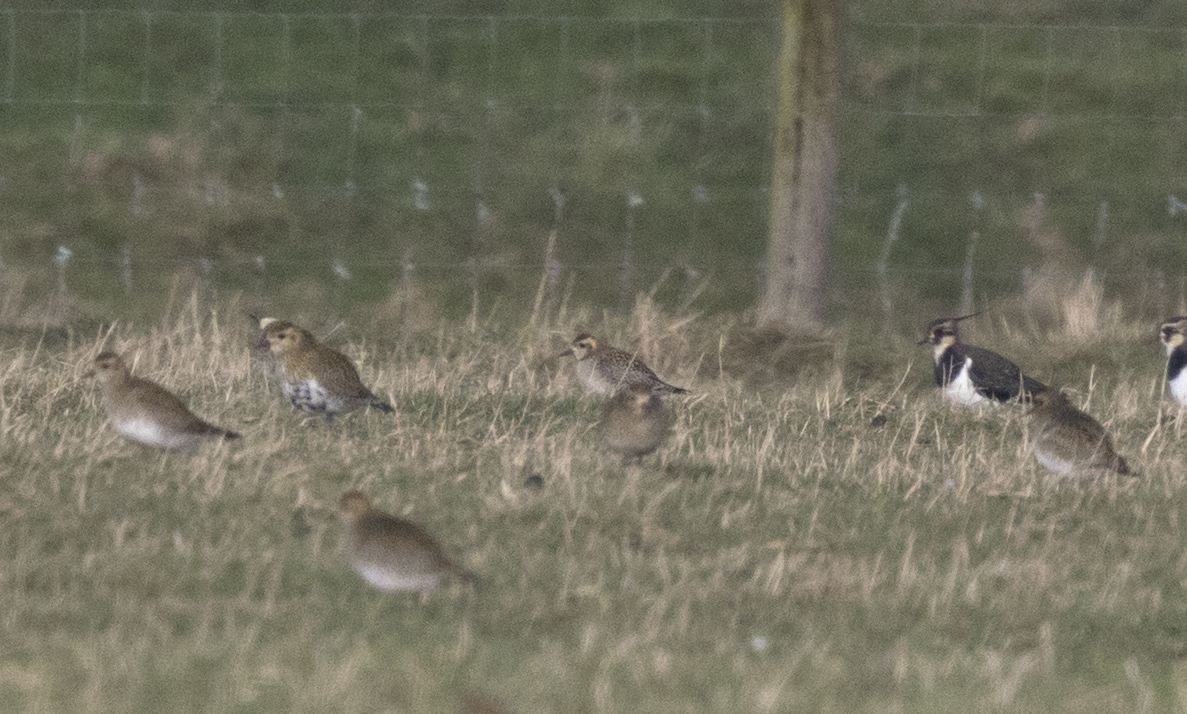 Inclement weather in mid-winter tends to result in the odd rare gull or two, and this week didn't disappoint. An American Herring Gull was a great find on 29th on the machair at Rubh' Arnal, North Uist, Outer Hebrides, being seen again there on 2nd. Further south, a first-winter Laughing Gull showing well at New Brighton marine lake, Cheshire, on 3rd came out the blue; the second-winter was still at Ballycotton, Co Cork. An adult Bonaparte's Gull at Llanelli WWT, Carmarthenshire, on 3rd was a fantastic find and represents the first county record. In neighbouring Glamorgan, the adult returned to Cardiff Bay and the Devon bird was still at Dawlish Warren. Meanwhile, Galway Bay's wide-ranging Forster's Tern was at Nimmo's Pier on 1st and then Kinvarra on 2nd. 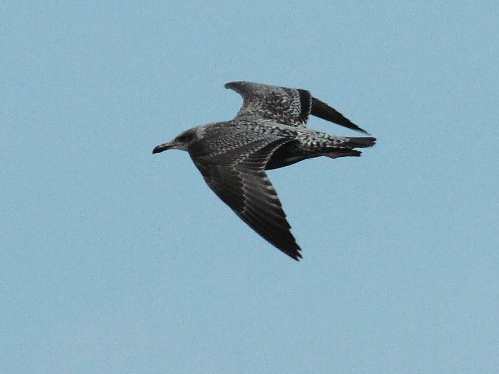 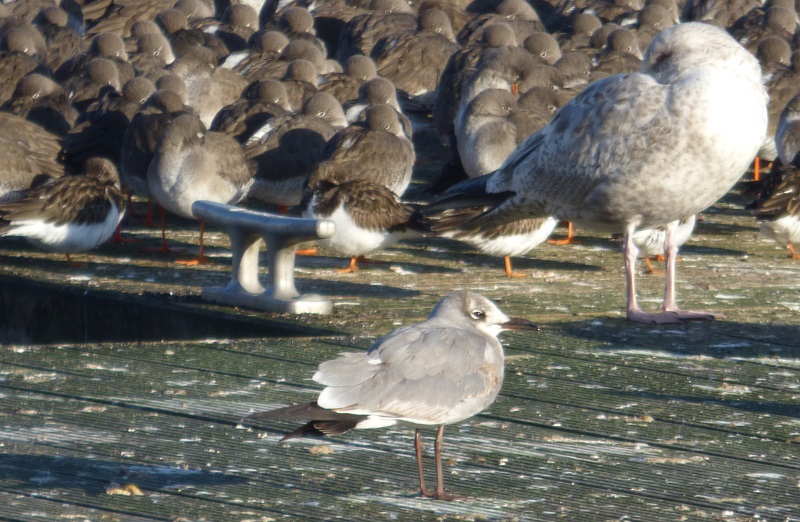 Five long-staying Ring-billed Gulls were seen in Britain: on North Uist and in Highland, Clyde and Hampshire (2). Counts from Ireland included three at Cork City Lough on 30th, two adults at Cruisetown Strand, Co Louth, on 31st and two at Tralee, Co Kerry, on 3rd. At least seven others were seen around the Emerald Isle. Kumlien's Gulls included the well-marked second-winter still at Littlehampton, W Sussex, throughout the week, two on South Uist and another in Lerwick, Shetland. Eleven Glaucous Gulls on Tiree, Argyll, on 30th was an impressive total in a fairly mediocre winter for the species; Iceland Gull totals were more paltry. 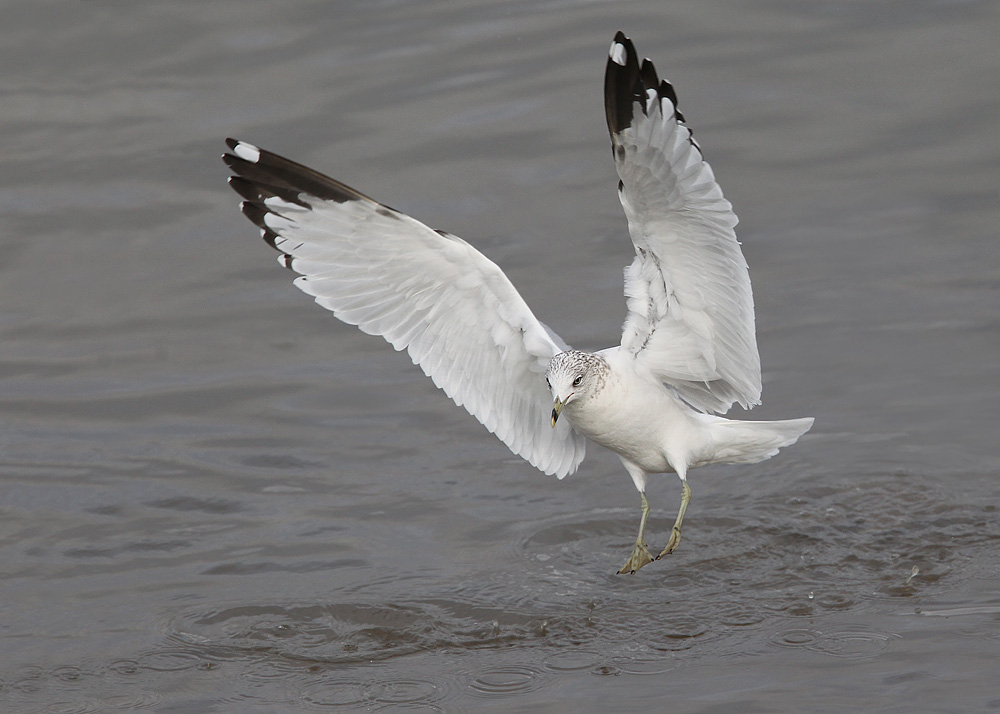 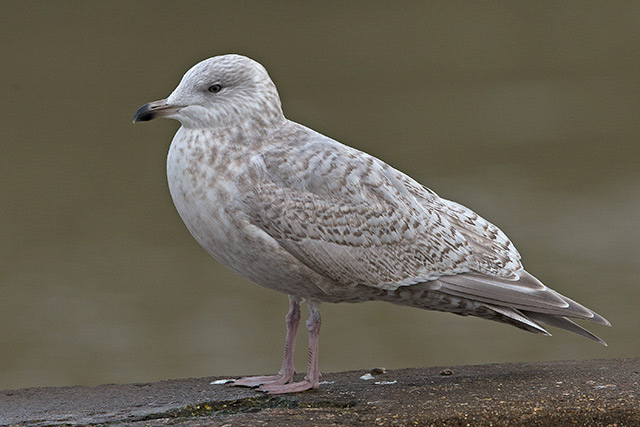 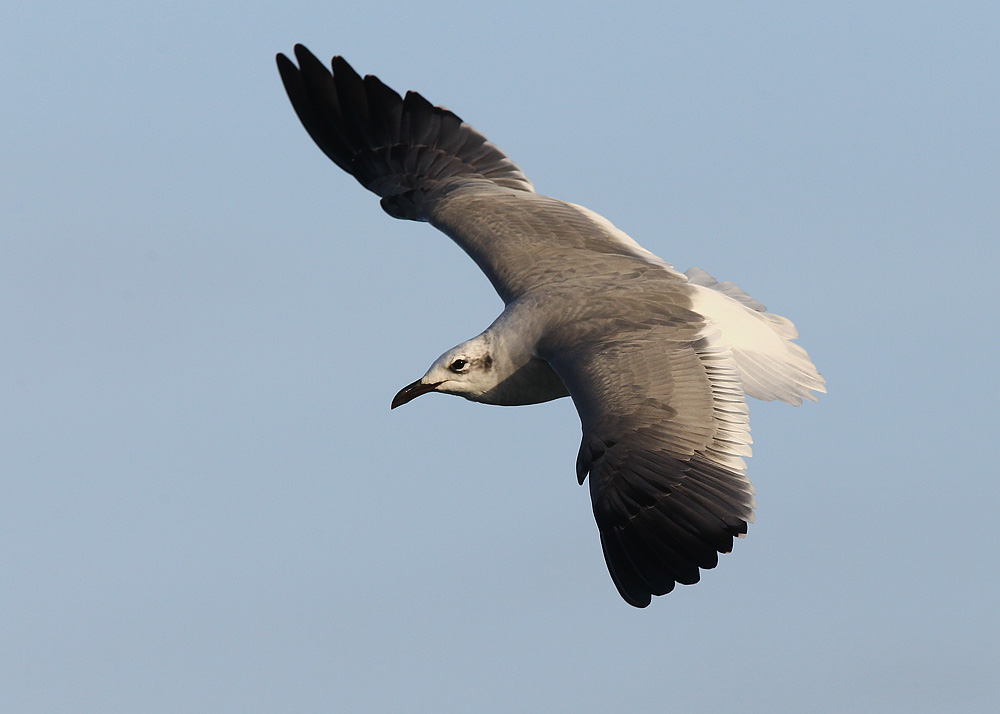 The possible Eastern Yellow Wagtail wasn't reported at Shepherd's Chine, Isle of Wight, past 30th and may have moved on. Richard's Pipits remained at Cloughton Wyke, N Yorks, to 29th, Redcliff Point, Dorset, and Shell Ness, Kent, to 2nd and Breydon Water, Norfolk, to 3rd; a new bird was at Coverack, Cornwall, on 3rd. 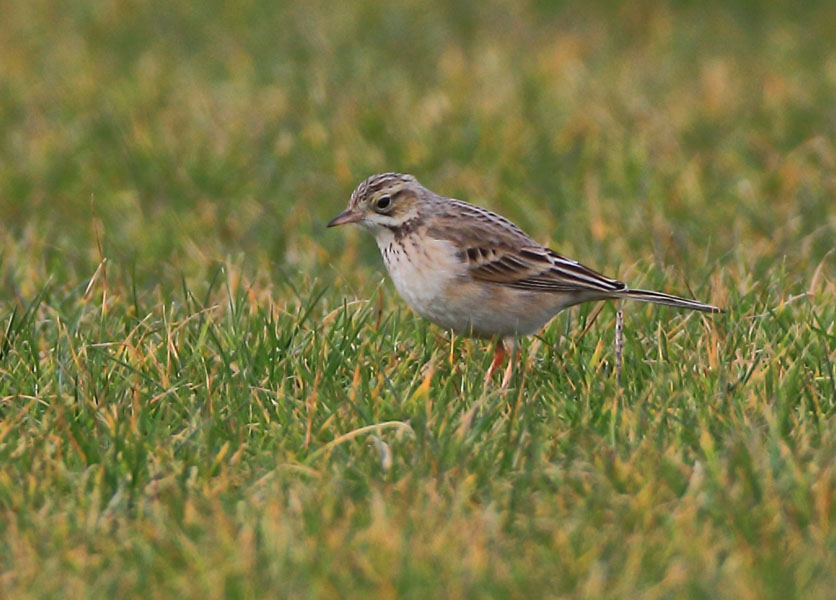 It's by no means a 'Waxwing winter' and thus the week's scattering of birds has received plenty of attention from birders. High counts included 21s in Aberdeenshire and Northumberland, though sightings generally involved ones and twos. Birds did reach as far south as Hampshire and Dorset and as far west as Counties Dublin and Monaghan. 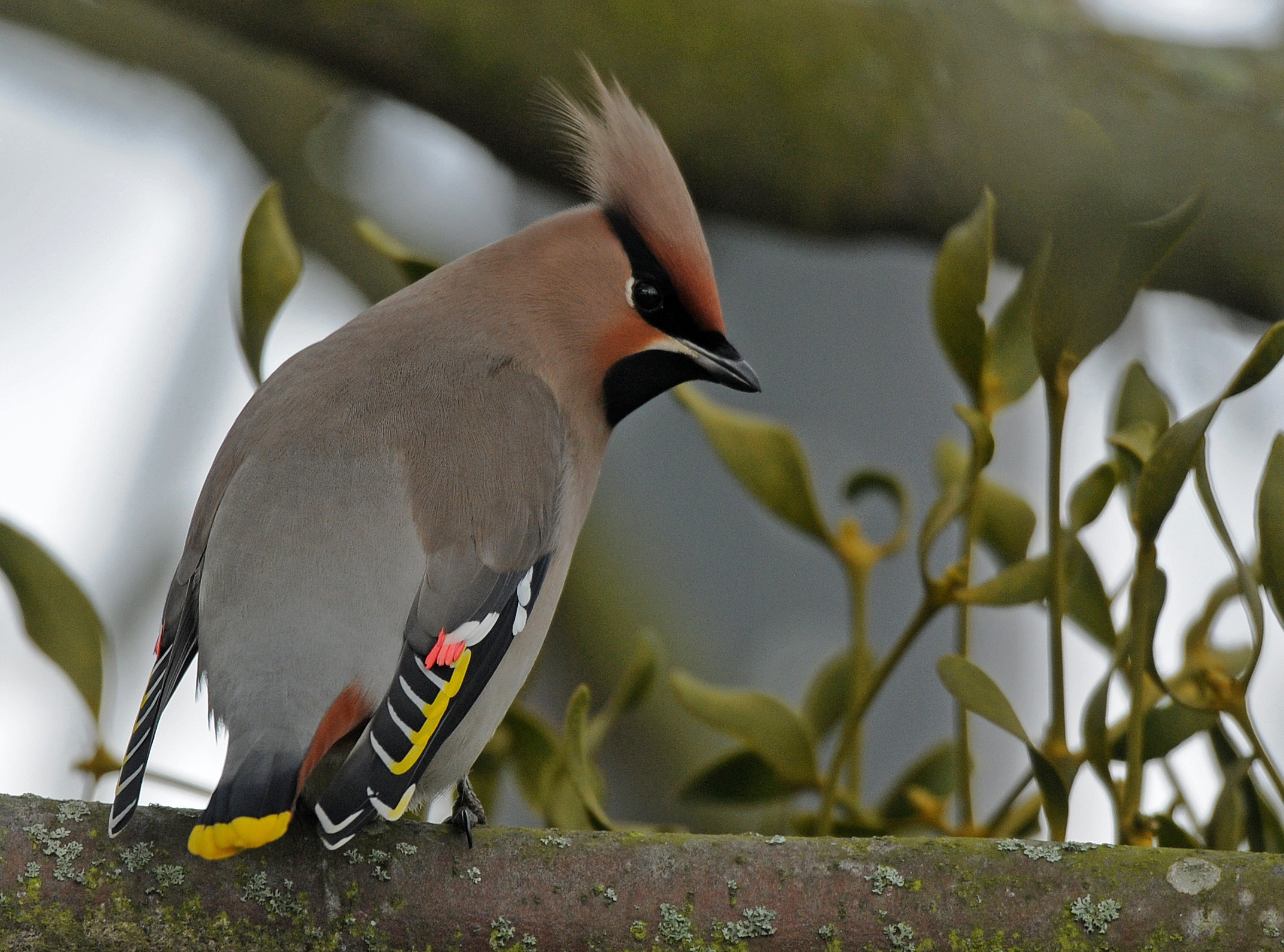 A new Yellow-browed Warbler was found at St Levan, Cornwall, on 2–3rd, while the College Reservoir individual was still present on 30th. The first-winter Rose-coloured Starling was still in Prudhoe, Northumberland, throughout the week, but the three Penduline Tits were not seen at Darts Farm, Devon, beyond 31st. Two Serins were a surprise find at Gunners Park, Essex, on 29th and were still present on 3rd. 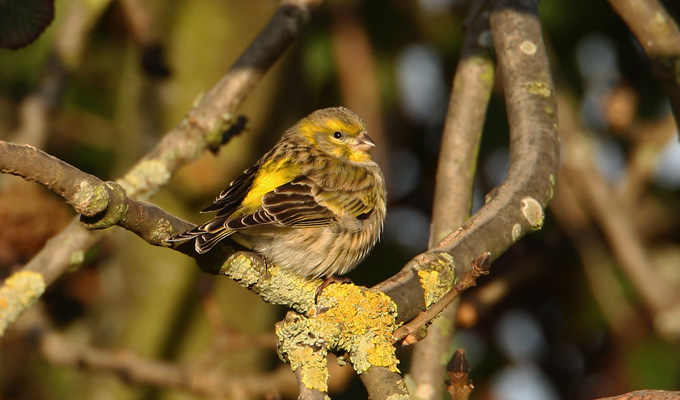 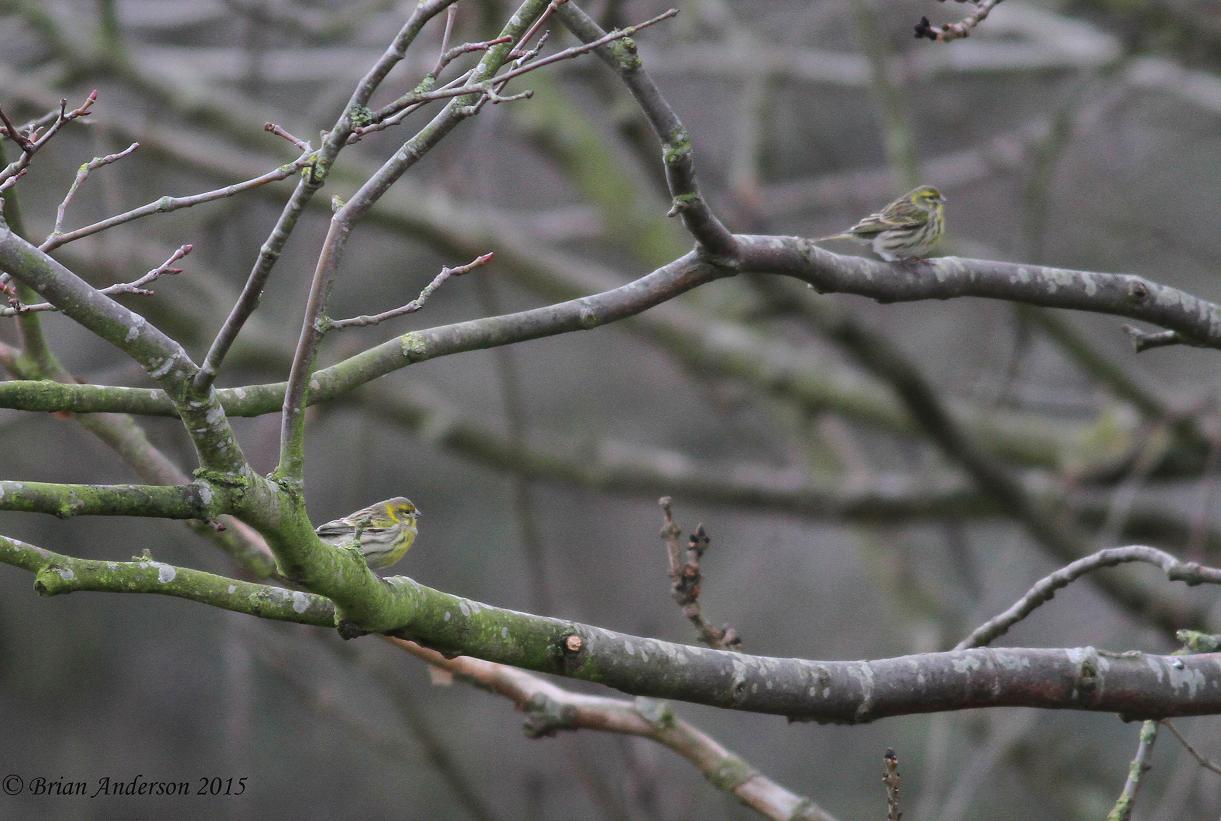 A busy week in the region saw the Netherlands' second Dark-eyed Junco found on the outskirts of Groningen on 2nd — it was still present the following day. Other Dutch highlights included the lingering Oriental Turtle Dove and Spotted Sandpiper, and the Wallcreeper was still at Dinant in neighbouring Belgium.

In Iceland a near-adult Glaucous-winged Gull was found in Reykjavík harbour on 30th and was still there on 3rd; one of the country's two American White-winged Scoters was also there (the other was at Keflavík) and the Hooded Merganser also remained nearby. A presumed Black-throated Thrush with extensive rufous in the outer tail feathers at Hamina, Finland, prompted thoughts of the rarer Red-throated, but this remains unconfirmed; the Black-throated Accentor and Azure Tit also remain in the country.

Arguably the most sensational discovery of the week was a flock of 28 Sudan Golden Sparrows at Bir Anzarane, Western Sahara, on 2nd following a single male there on 30th. These are the northernmost records of the species in the region so far, not to mention the former being by far the highest count. 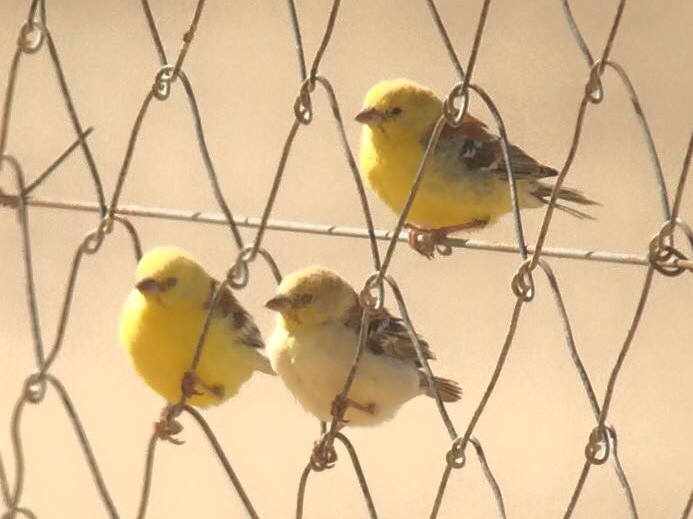 A Red-billed Teal at Idan in the Arava Valley, Israel, on 30–31st caused excitement, although heated discussion continues regarding its origin — four apparent hybrid ducks resembling Red-billed Teal × Mallard have been seen nearby in recent weeks (see a photo here) and there was a further report of a Red-billed Teal not too far away at Ashalim in August 2013. What all this means for the provenance of the bird is unclear — it could be that it's a long-staying vagrant rather than an escape, and it's worth noting that there is already an accepted record of the species from Israel (in 1958). Also in Israel, the Lesser Flamingo remained at KM20 saltpans, north of Eilat. 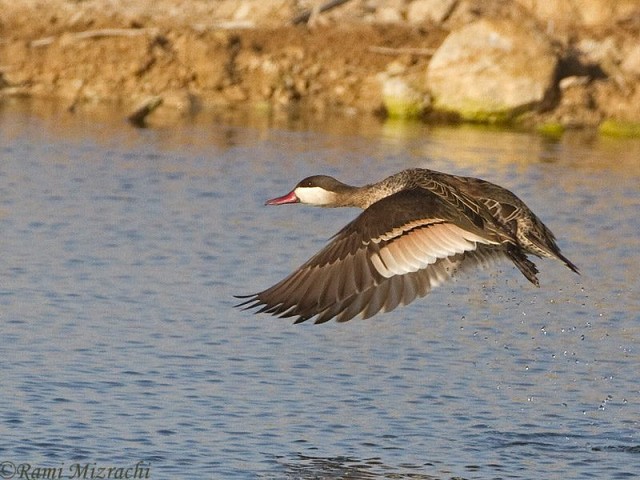 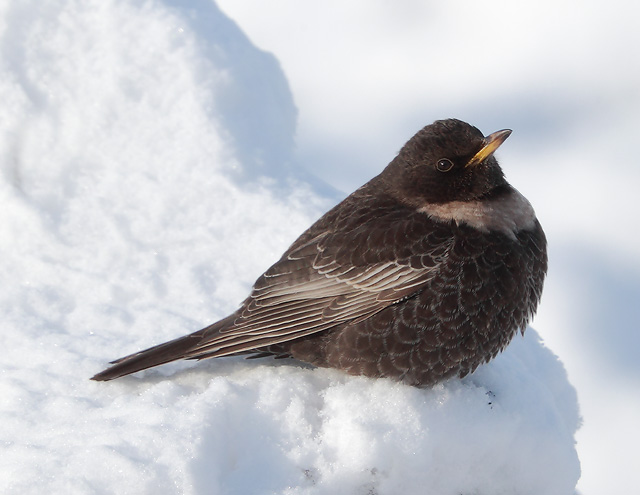 It was a really tough choice this time around for Photo of the Week, writes Steve Young, as there were so many images that I really liked. I kept going back and forth between four photos that were my favourites before finally choosing Bob Garrett's superb, and very different and unseasonable, portrait of a Ring Ouzel.

This species is normally a summer visitor to Britain but winter 2014/15 has seen a spate of wintering individuals, from Cornwall, Devon, Dorset and Hampshire to Gloucestershire, Yorkshire, Powys and Gwynedd where, remarkably, three have been present together at Nant Ffrancon. It seems strange to see Ring Ouzel photos posted on Iris in January and February, but Bob has taken full advantage of both the bird and the snowy weather to produce a striking and different image.

Exposure is spot-on in this difficult situation of dark bird and bright snow, and all the detail on the ouzel's crescents is there to be seen. The light is perfect, with a highlight in the eye and some shadow and detail on the snow. This is a lovely shot and a worthy POTW, so congratulations to Bob — I should imagine this fine image might well appear on a Christmas card later in the year! 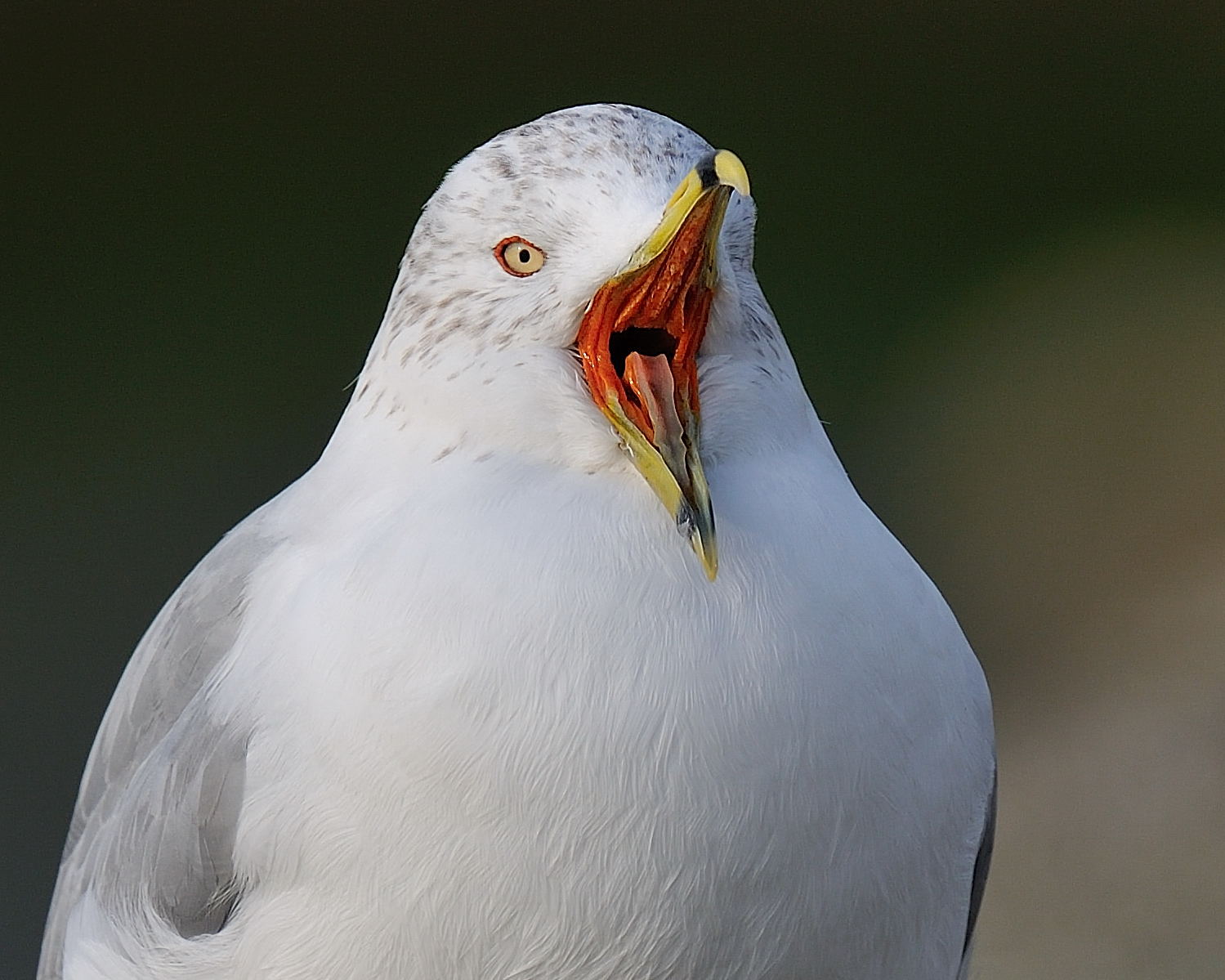 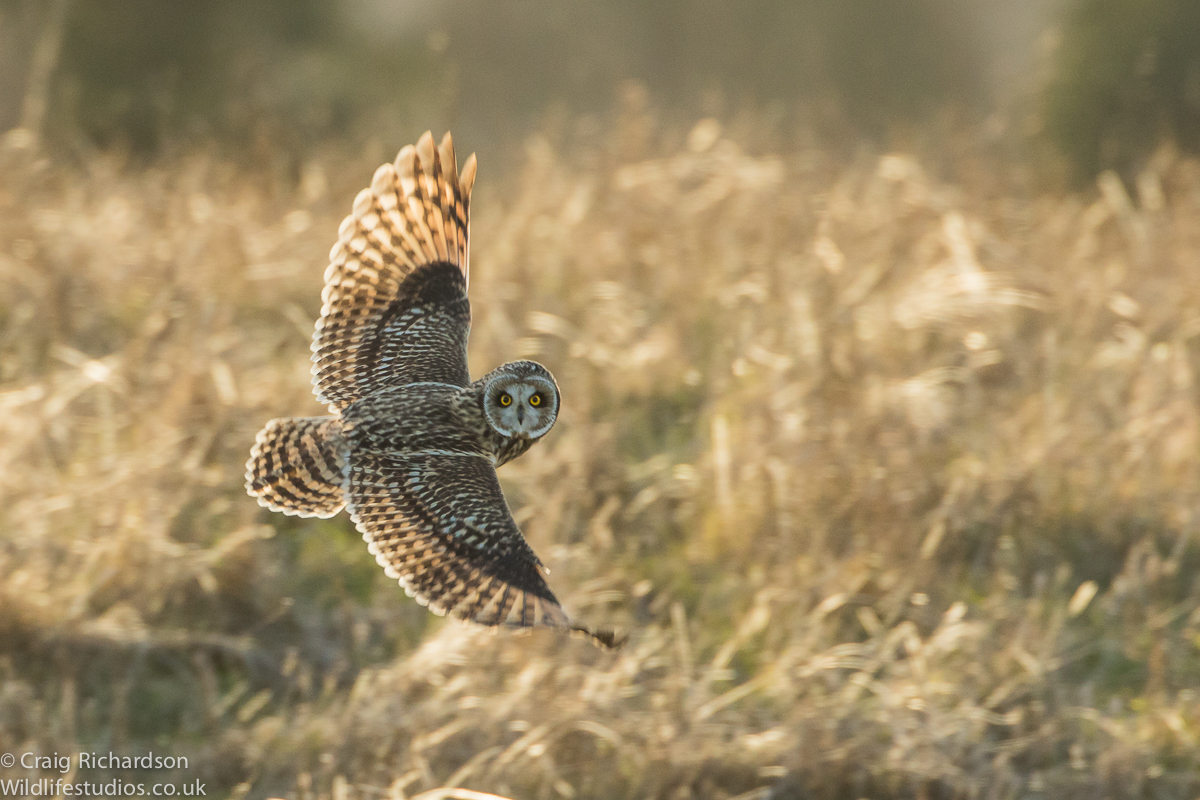 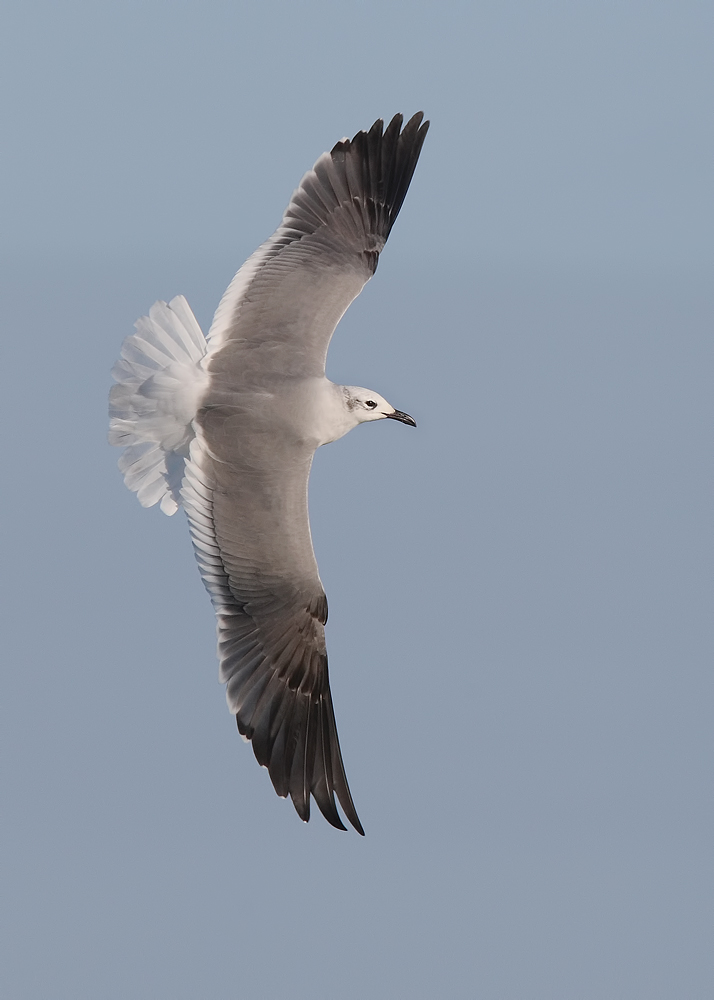 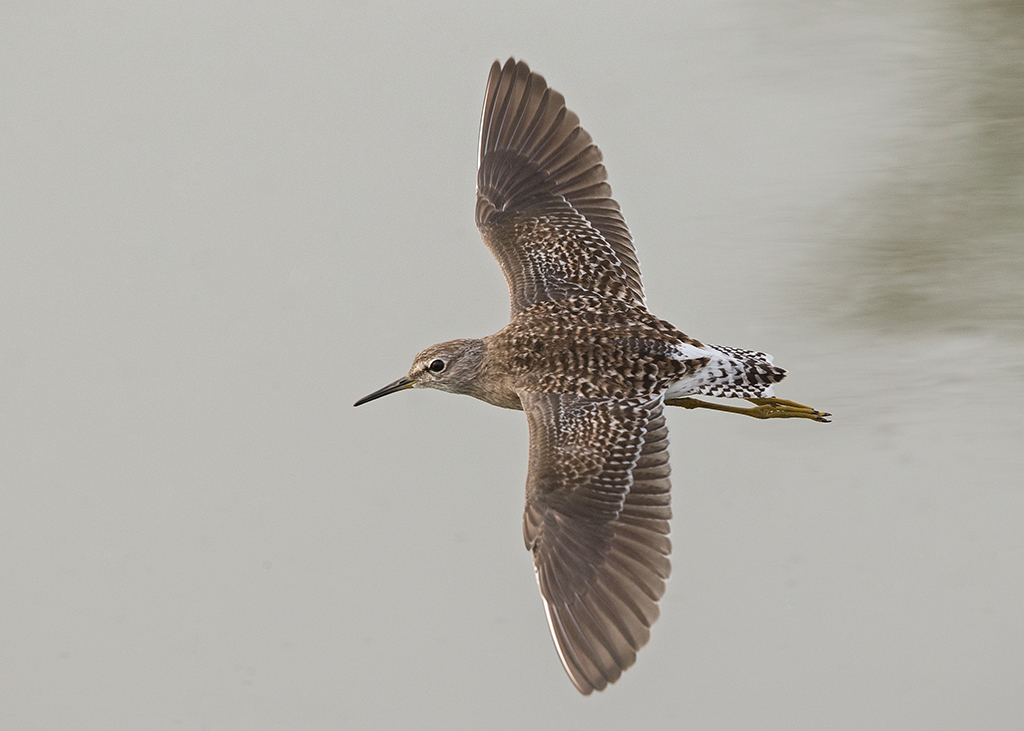 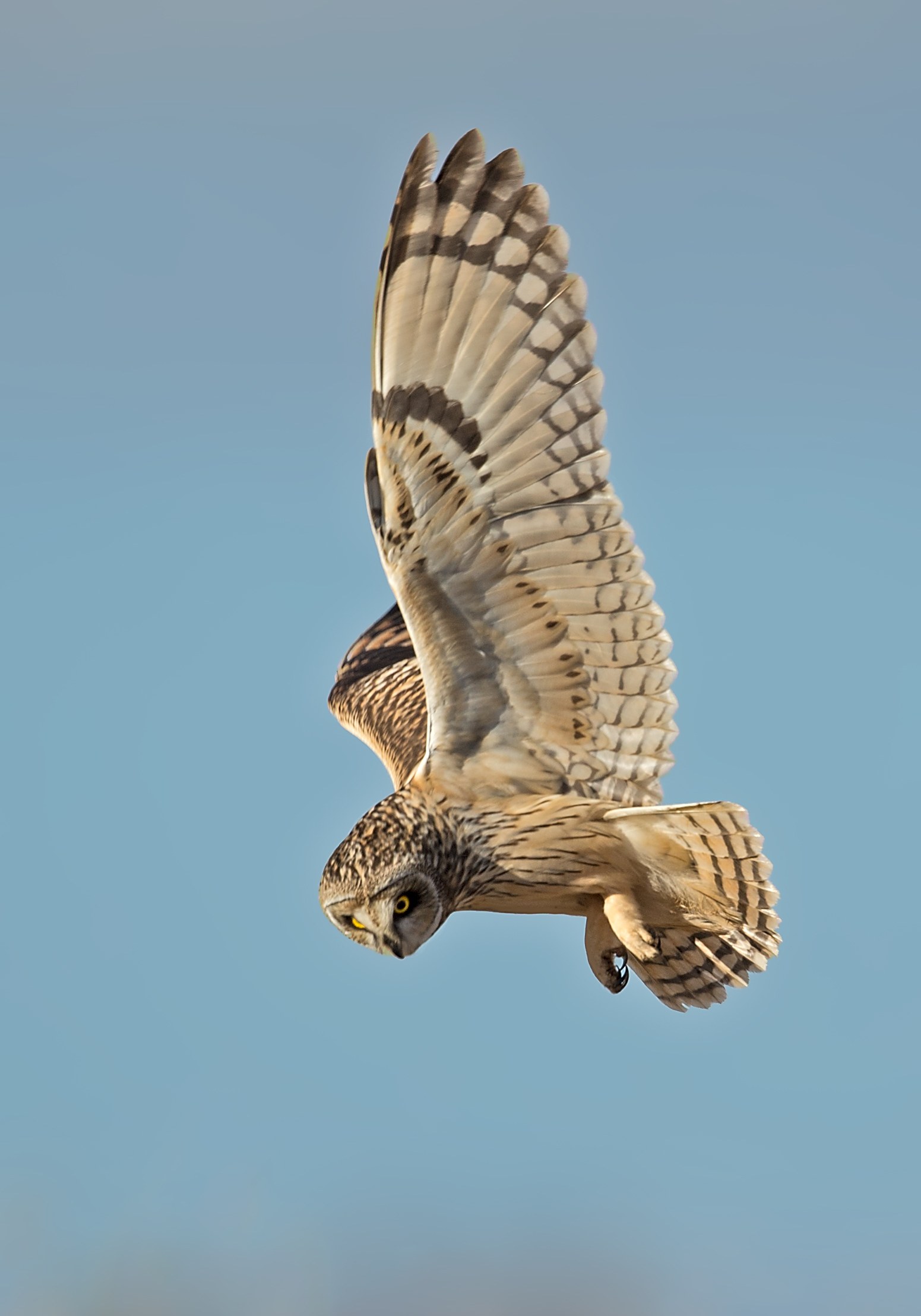 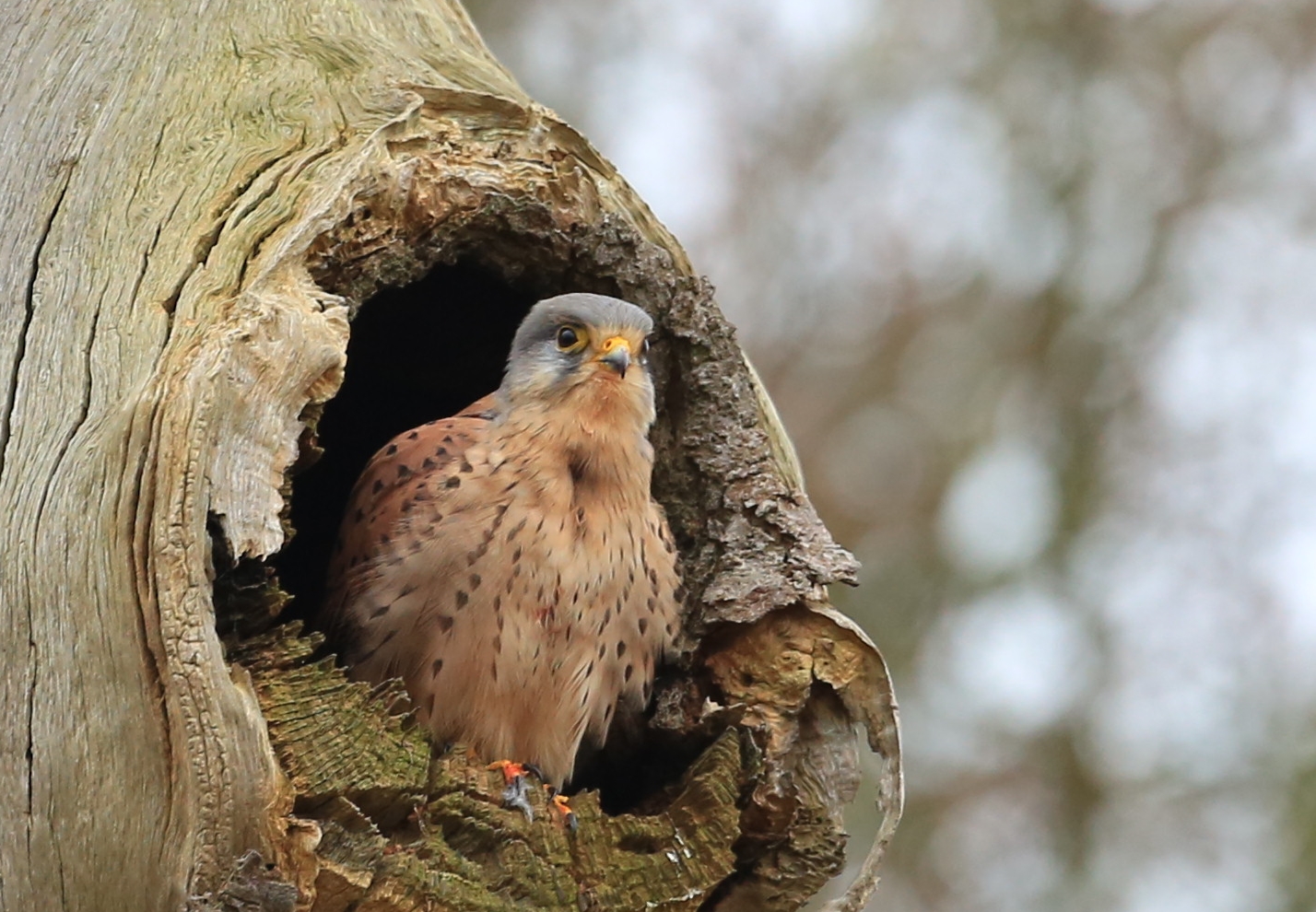 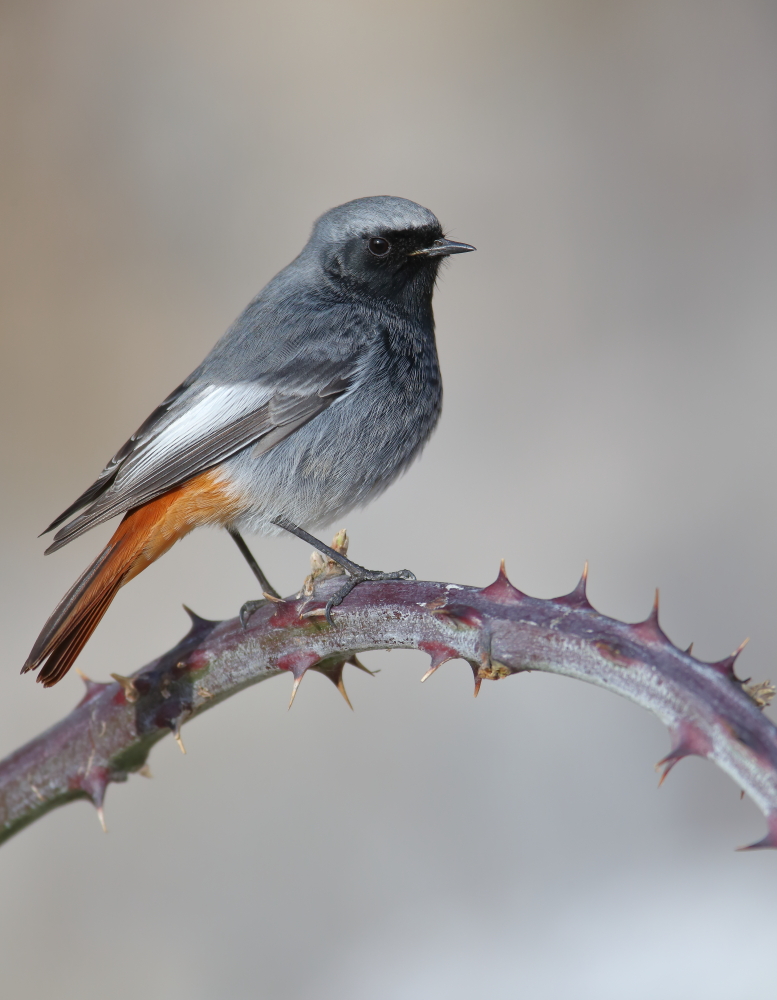 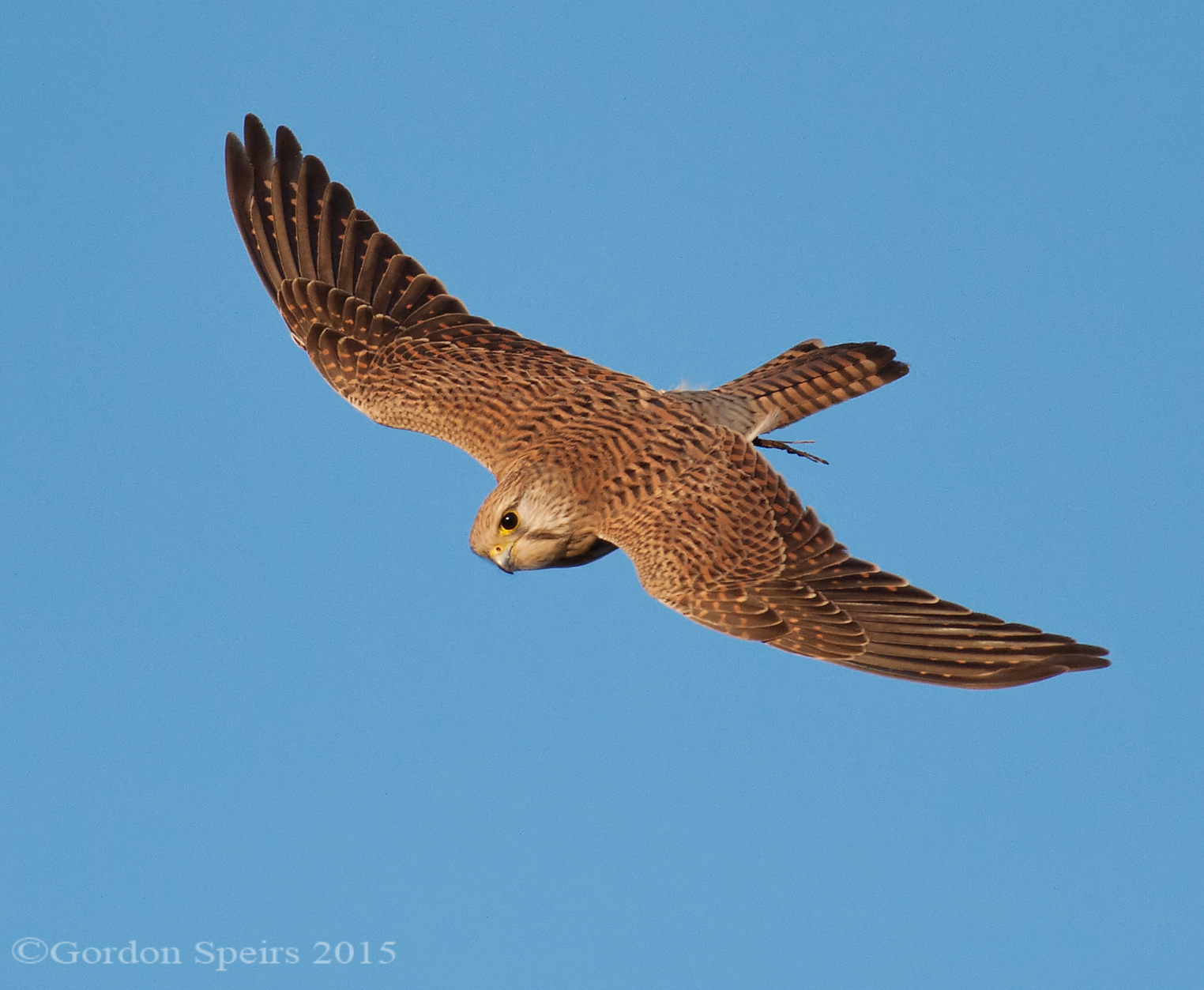 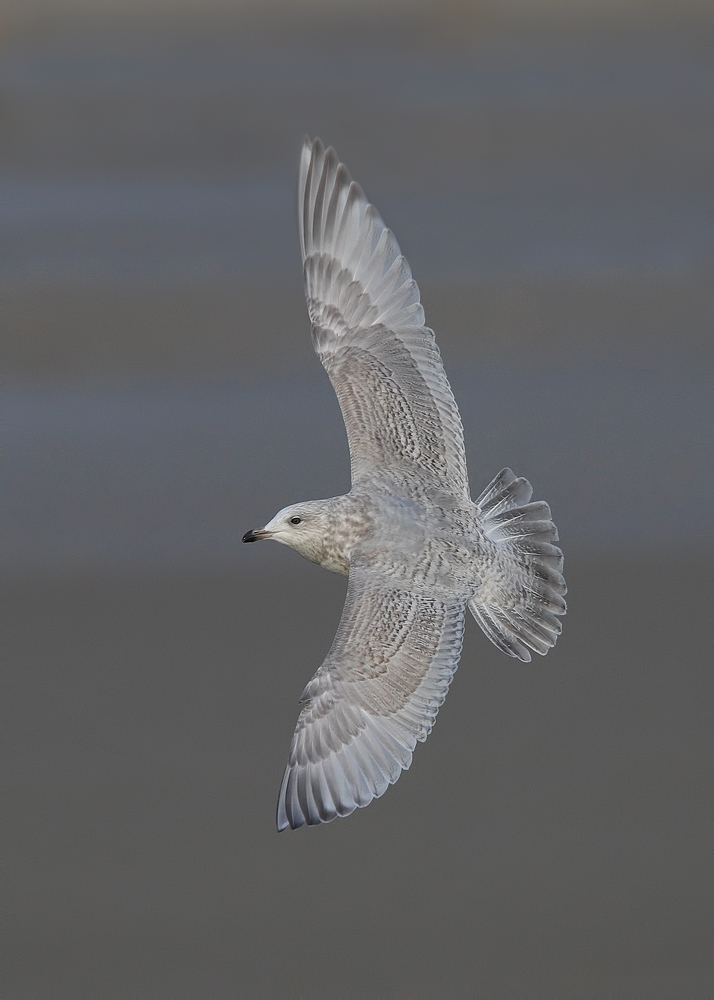 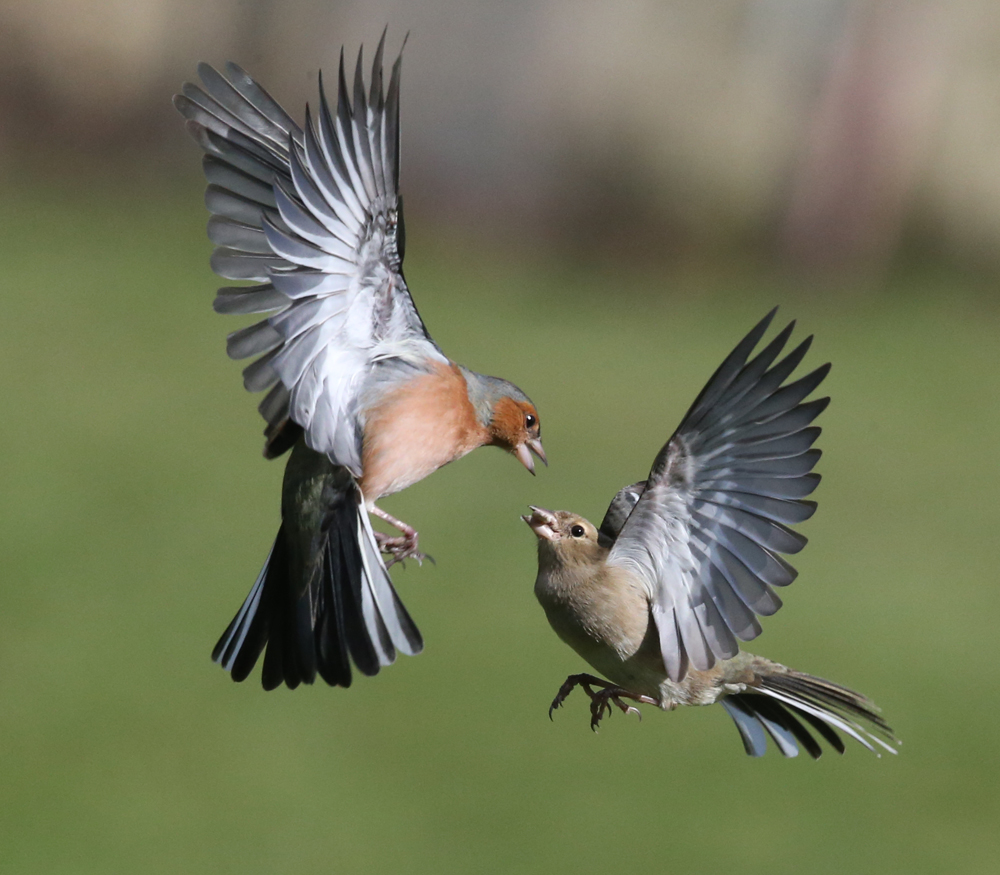