The last week of July proved slightly quieter after the previous week's pulse of rare shorebirds, but the final day of the month produced what might well prove to be one of the highlights of the year.

This summer's series of extralimital observations of Western Swamphen ('Purple Gallinule'/'Purple Swamphen' in old money) across France, well to the north of their Mediterranean stronghold, is unparalleled in modern times and, just last week, French birders were predicting that a British record might be on the cards in the near future. Fast-forward a matter of days and the premonition seems to have been fulfilled: on Sunday afternoon a beautifully bright blue and red, Little Egret-sized rail appeared from the reeds at Minsmere, Suffolk, to stun finder Frank Clark. 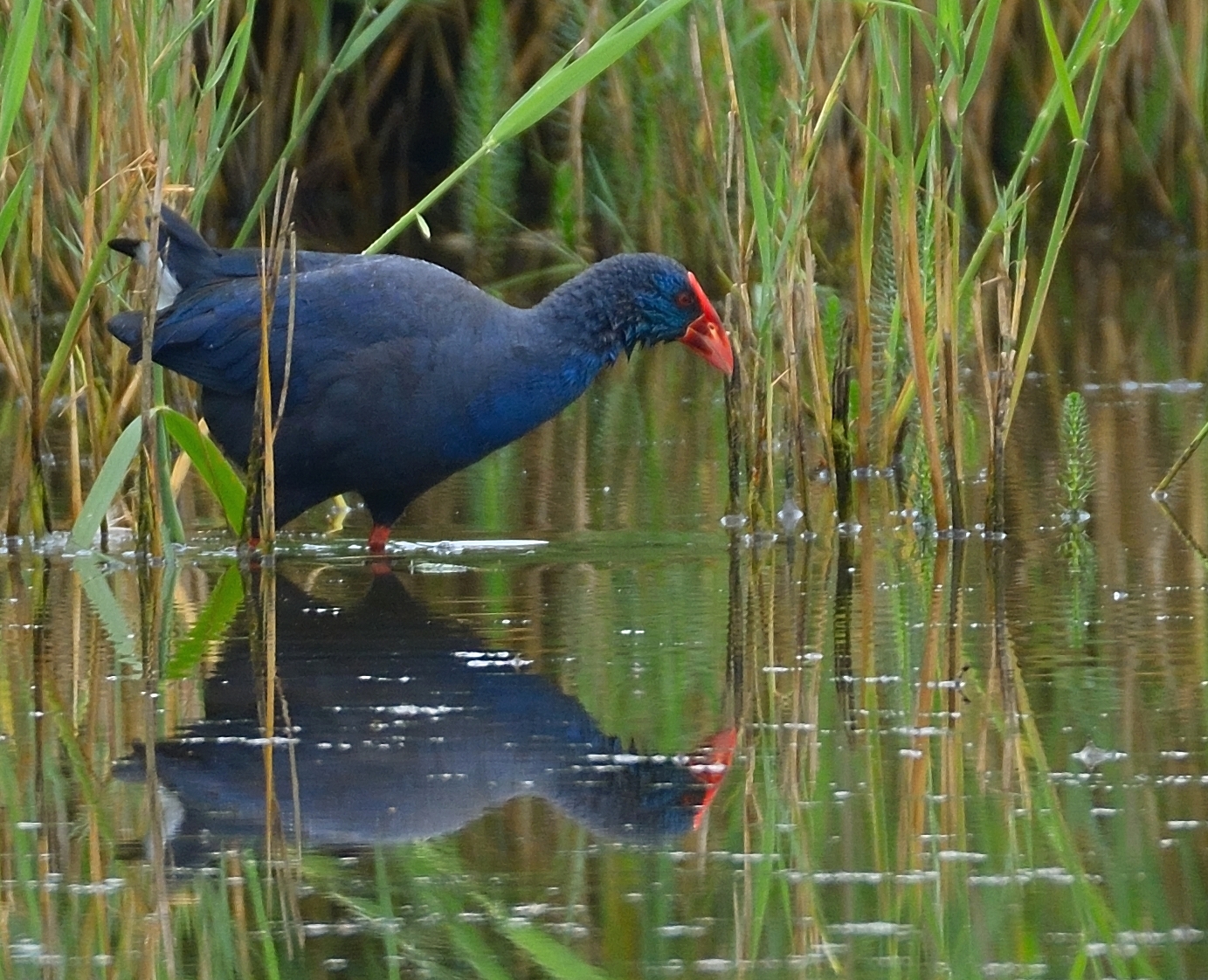 Debate surrounding its origin is inevitable but the general consensus is that this is as good as it has ever got for a wild swamphen in Britain, as the exceptional events unfolding in France seem to suggest. For a more detailed analysis and background to this dispersal event, see here.

Mega-rarities were otherwise restricted to two very familiar faces: the American White-winged Scoter still loitering off the coast just north of Aberdeen to 31st, and the Hudsonian Whimbrel, which looks to have been showing really rather well again at times this week. 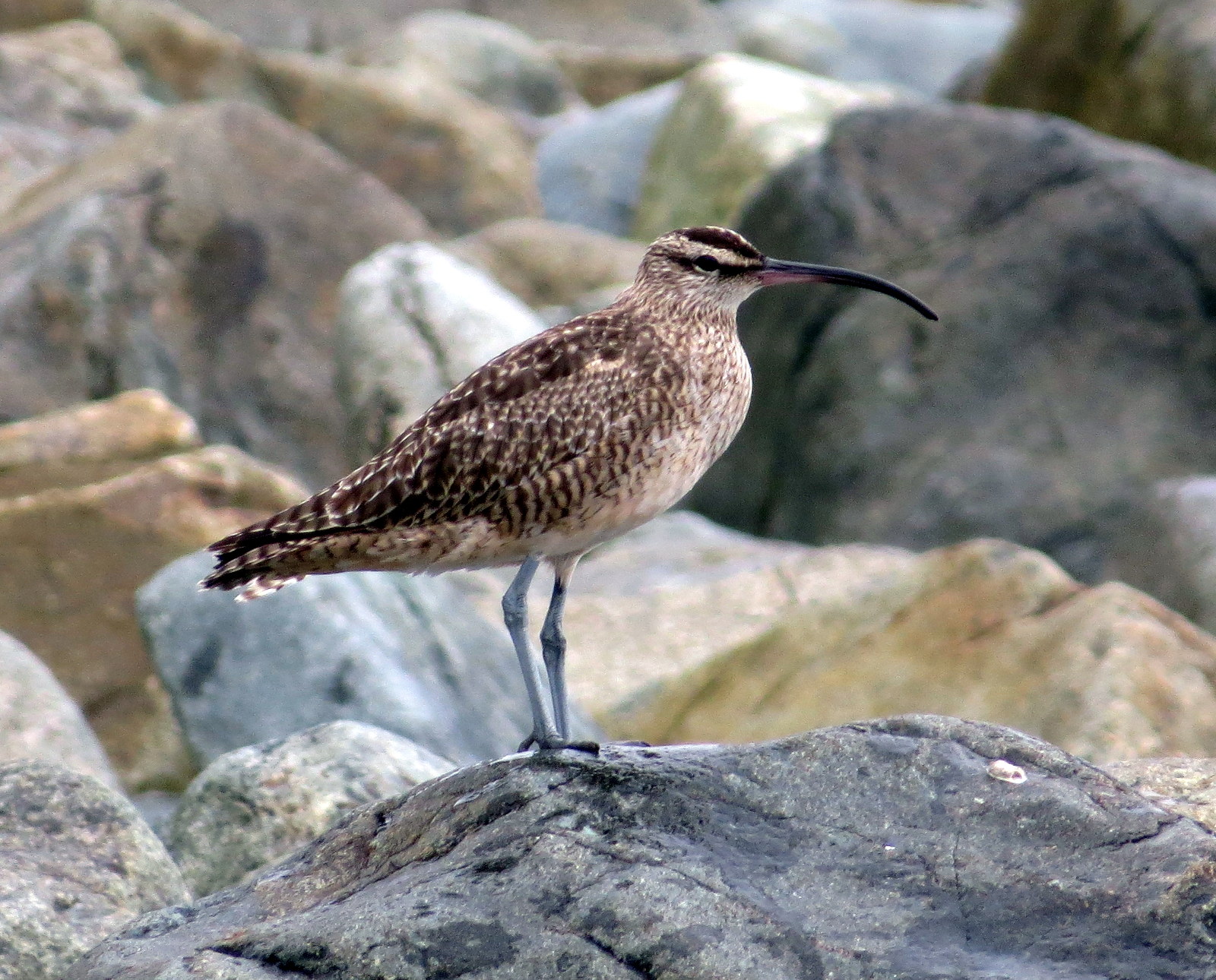 Best of the rest was a cracking adult Least Sandpiper found at Seaton Marshes, Devon, late on 2nd. Devon has done well for this species in the past and this is the sixth record for the county — the second-highest county total after Cornwall (8). The last record in Devon was a well-twitched adult at South Milton Ley in August–September 2005. 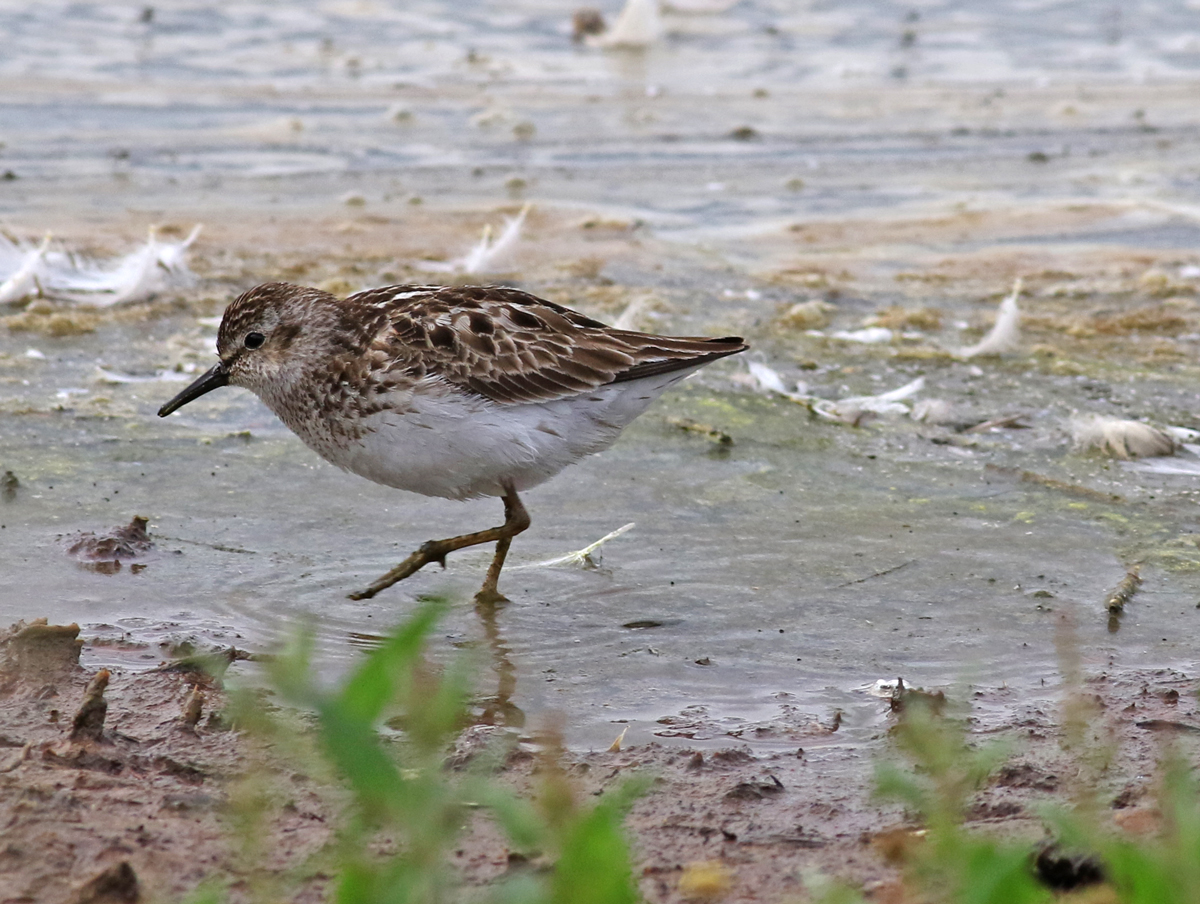 Waders continued to feature conspicuously on our news page; an adult White-rumped Sandpiper at Beacon Ponds, E Yorks, on 27th relocated south to Frampton Marsh, Lincs, the following day, where it remained all week. Another adult was still at Tacumshin, Co Wexford, on 31st. Pectoral Sandpipers totalled five, with new birds at Holland Haven, Essex, on 27–28th, Alston Reservoirs, Lancs, on 29th, Ouse Washes, Cambs, from 31st and Freiston Shore, Lincs, from 1st, in addition to the continuing bird still at Low Newton, Northumberland. 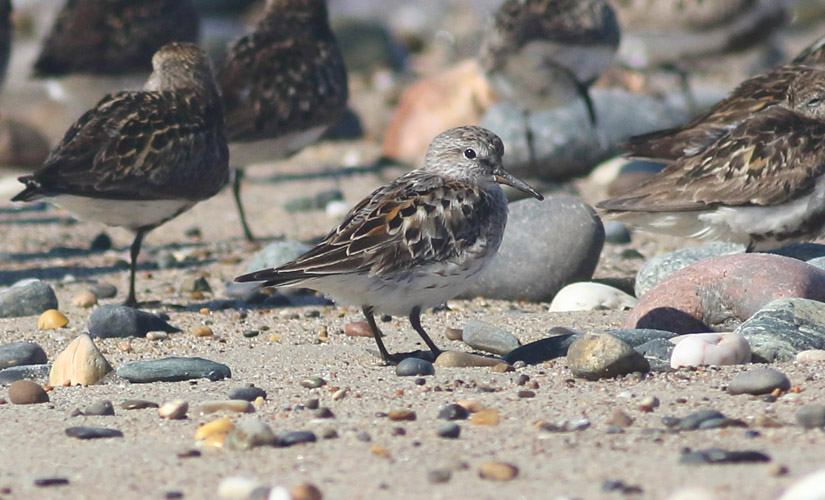 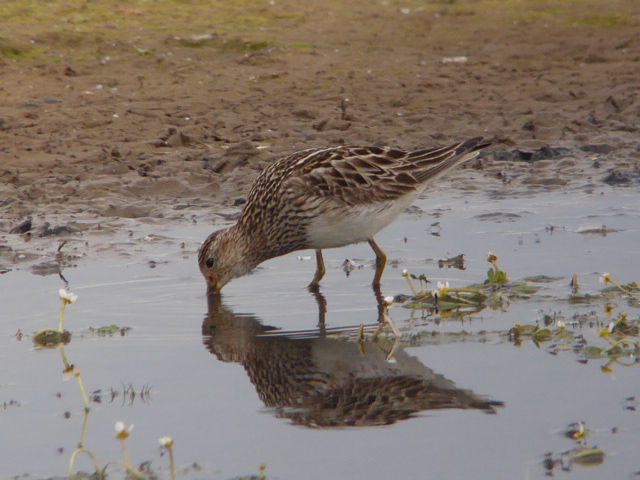 The Broad-billed Sandpiper was last seen at Frampton Marsh, Lincs, on 27th. As well as two on Stronsay, Orkney, 'recently', a Temminck's Stint was at Myroe Levels, Co Londonderry, on 31st — representing a great Northern Irish record. A juvenile Red-necked Phalarope was on Arran on 31st and a Kentish Plover was reported at West Caister, Norfolk, on 28th. 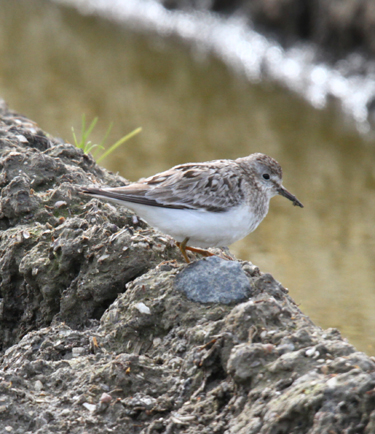 It's always heartening to hear that the American Black Duck at Strontian, Highland, is still going strong — it was back on Loch Sunart on 2nd. The drake Lesser Scaup bearing a red nasal saddle was refound at Vane Farm, Perth/Kinross, on 30–31st after having last been seen at Lochwinnoch in early May. The drake King Eider continued in Co Donegal and Surf Scoters remained off Lothian and Aberdeenshire (2).

A Black Stork drifted over Ogston Reservoir, Derbyshire, on 30th but despite appearing to land it could not be relocated. Apart from a brief visit to Holmethorpe Sand Pits, Surrey, early on 31st, the White Stork lingered at Beddington all week — in fact records of a fly-over from West Sussex later on 31st may also refer to this individual wandering around. Another was at Bartestree, Herefordshire, on 31st. The Dalmatian Pelican appears to have misread its compass again and has ended up back on the Hayle Estuary, Cornwall, where it has been loafing since Monday. 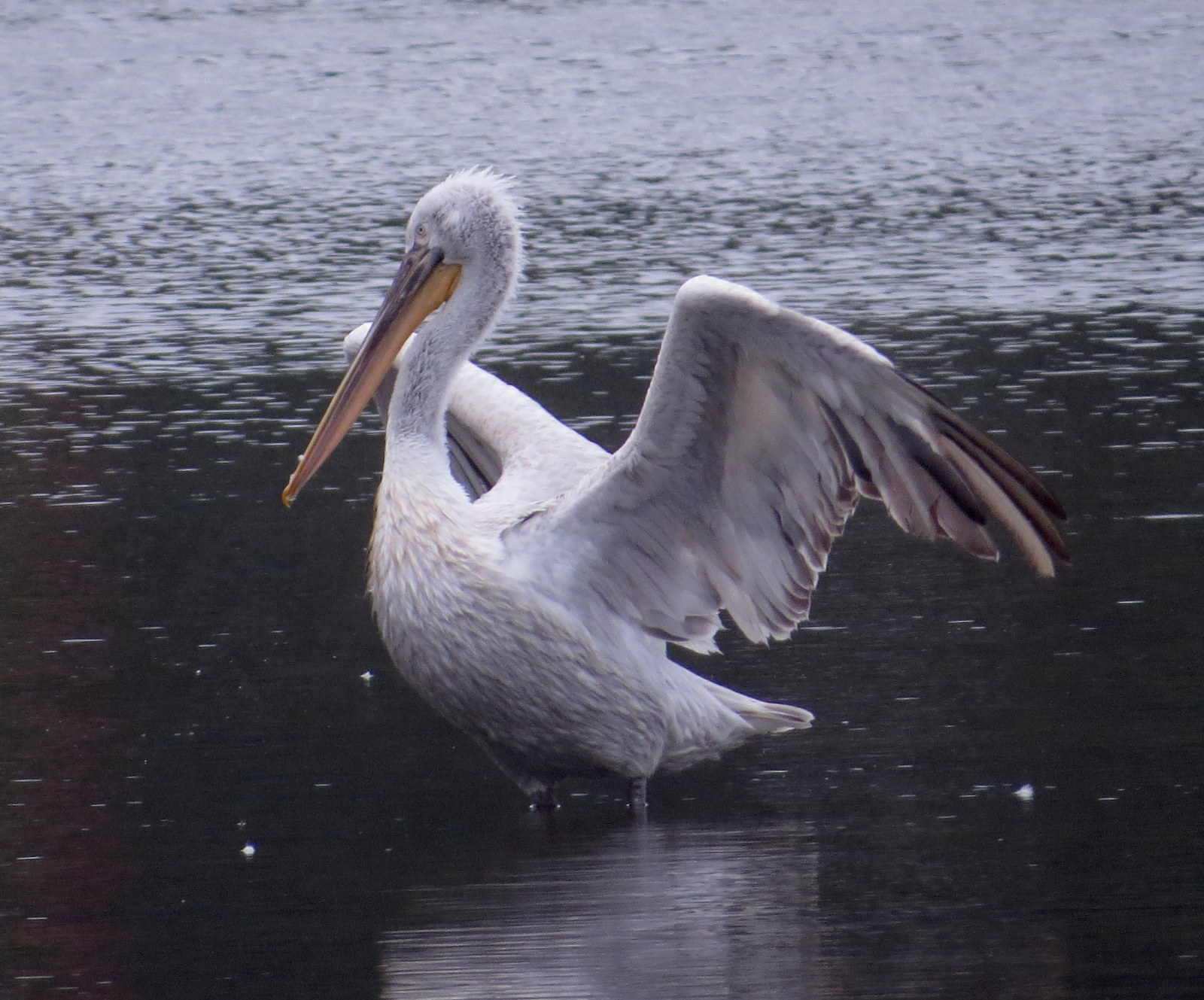 There appears to have been a mini-arrival of Cattle Egrets, with at least two, possibly four, in the Grove Ferry area of Kent on 30th, two at Cley, Norfolk, on 31st and a singleton at Minsmere, Suffolk, on 2nd, in addition to continuing vagrants in Lancashire and Co Wexford. In contrast, Glossy Ibises tend to make their exodus from Iberian marshes a little later in the year, so it was no great surprise that all seven seen this week were lingering birds. One male Little Bittern continued to sing on the Somerset Levels, while vagrant Common Cranes remained on Shetland and on the Outer Hebrides. 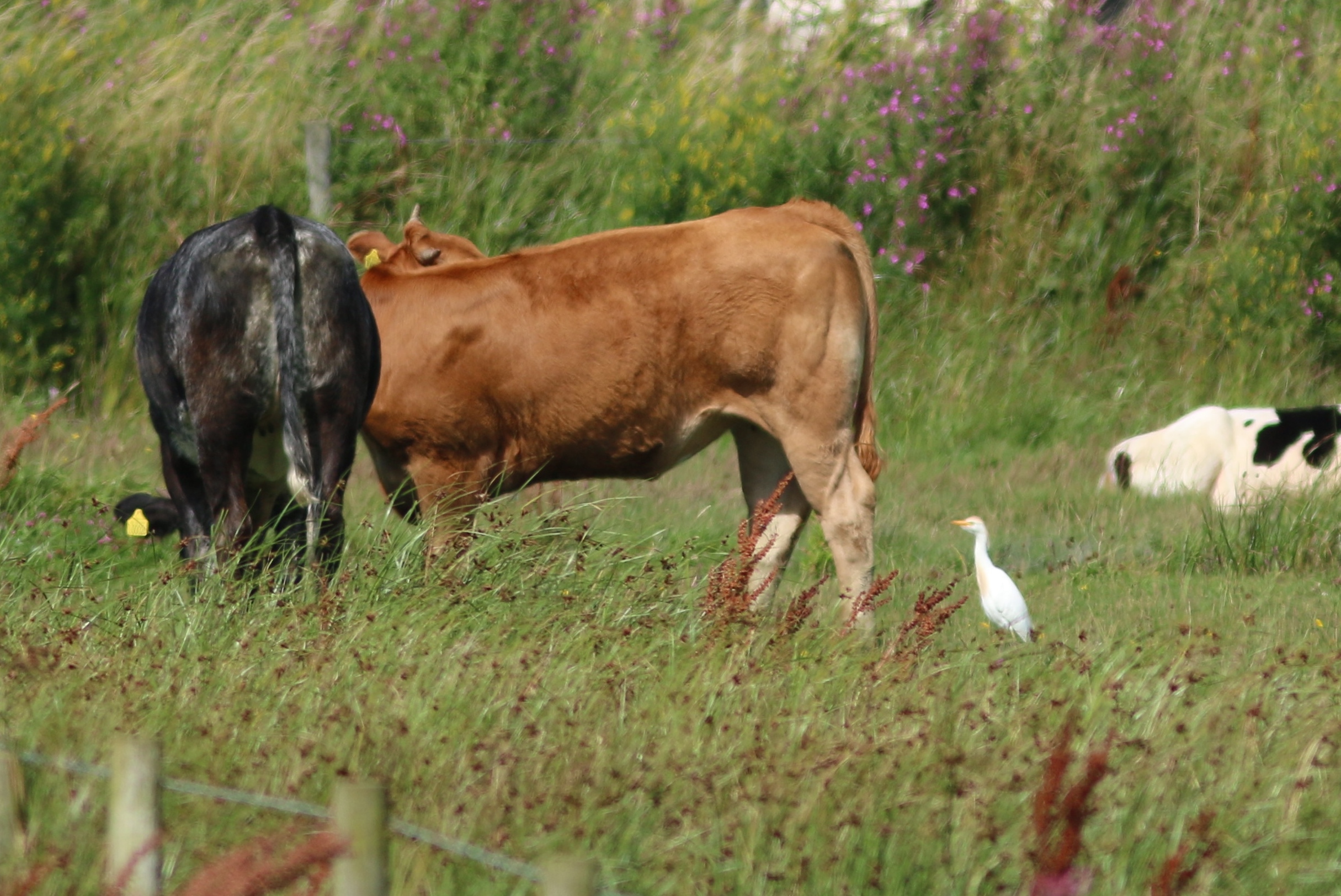 Up to four Wilson's Storm-petrels were seen from a Co Cork pelagic on 31st, and one was had from a Scilly pelagic the following day. Respectable numbers of Cory's and Great Shearwaters continue to be seen both from pelagics and from south-western seawatching points, with 33 Cory's passing Porthgwarra, Cornwall, on 2nd. Balearic Shearwater numbers, however, appear very low this year. 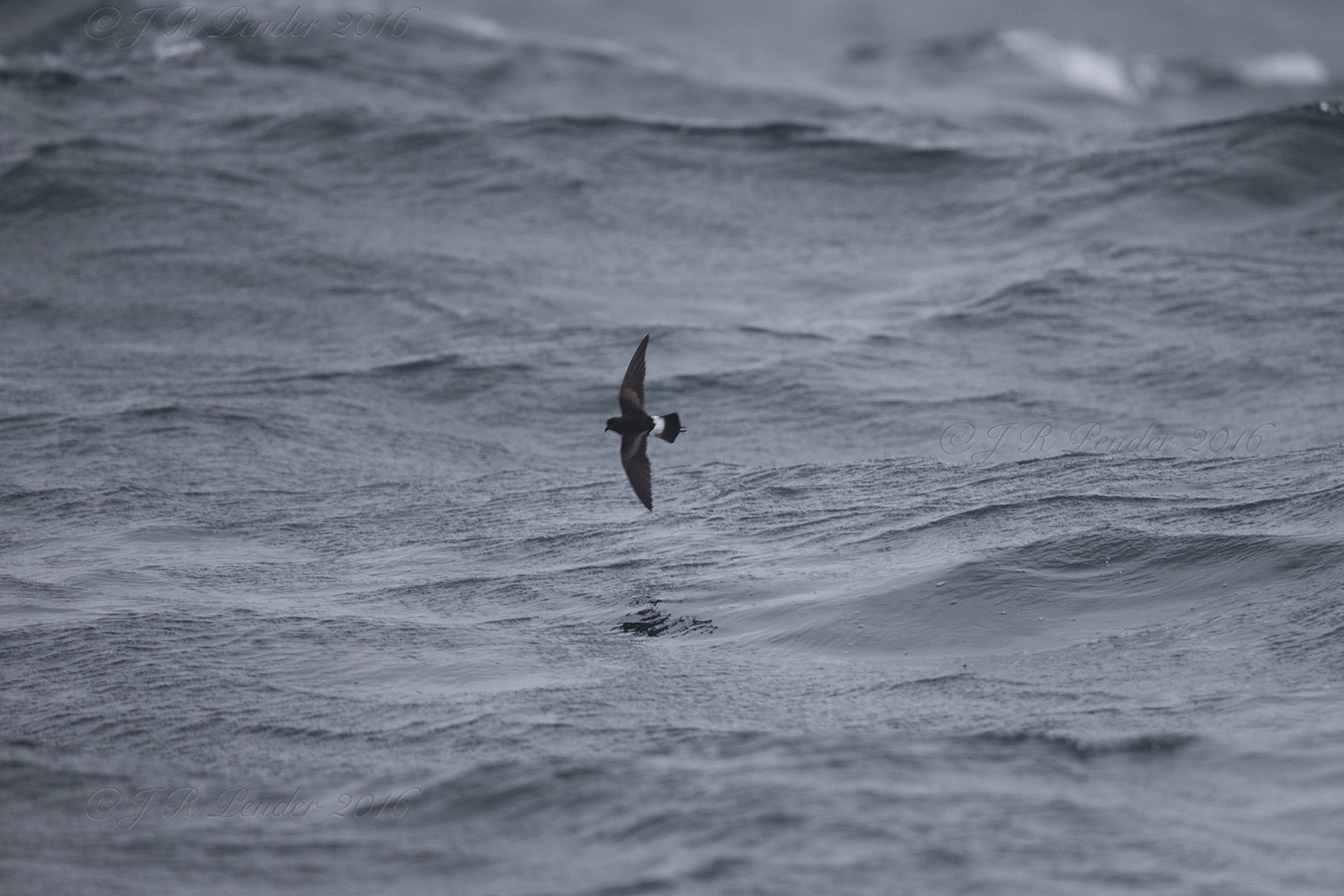 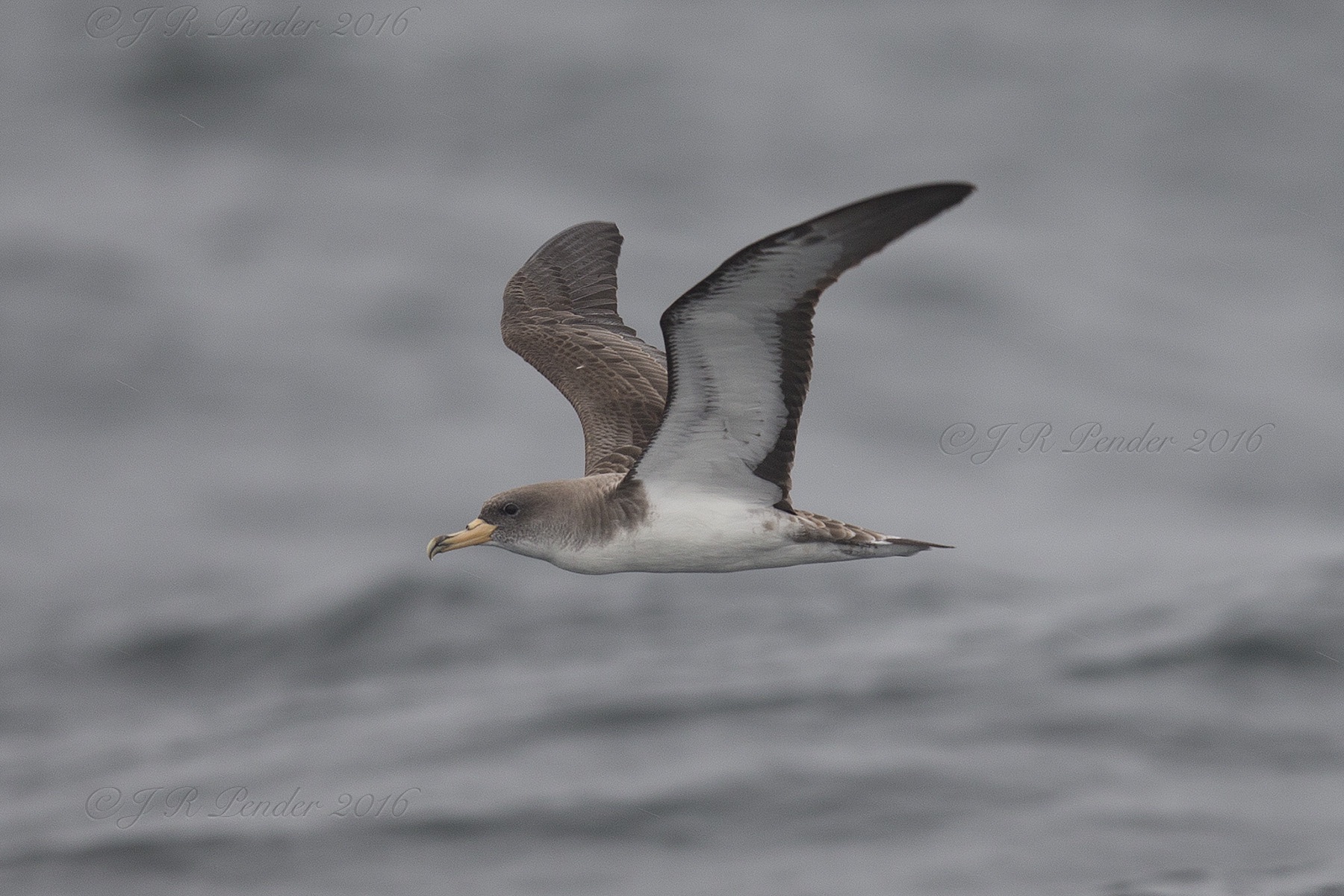 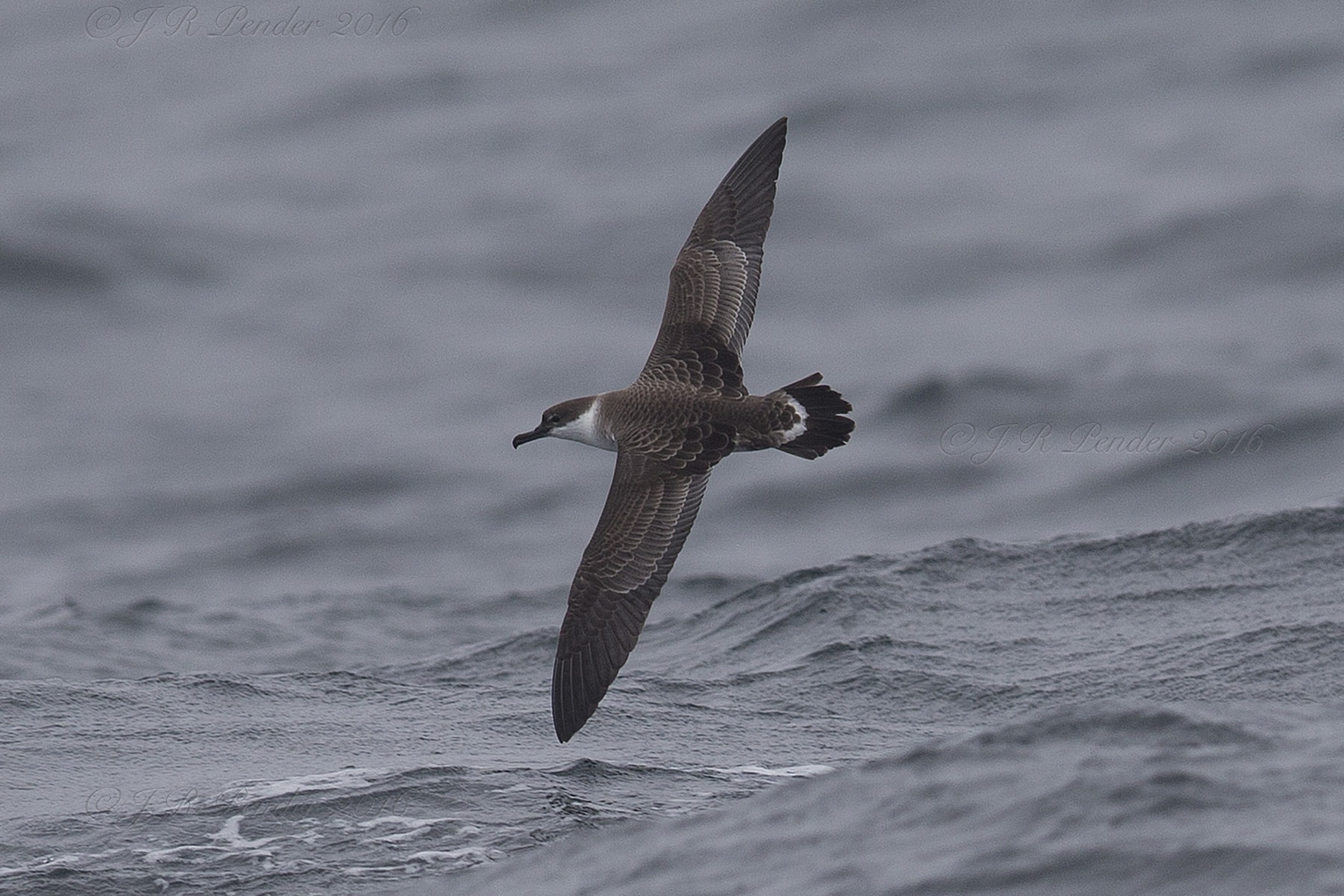 A Black Kite was over Bridgetown, Co Wexford, on 31st, and up to two Honey Buzzards entertained birders in the Walberswick area of Suffolk all week.

Bonaparte's Gulls lingered in Kent and Northumberland, while plenty of Yellow-legged Gulls and an increasing number of Caspian Gulls were seen across England. The White-winged Black Tern was still on Meikle Loch, Aberdeenshire, on 30th, while Hickling Broad's Caspian Tern was last seen in the late evening on 27th. What may have been the same bird flew over swamphen twitchers at Minsmere, Suffolk, late in the afternoon of 31st, while another was a brief visitor to Big Waters Country Park, Northumberland, on 27th. 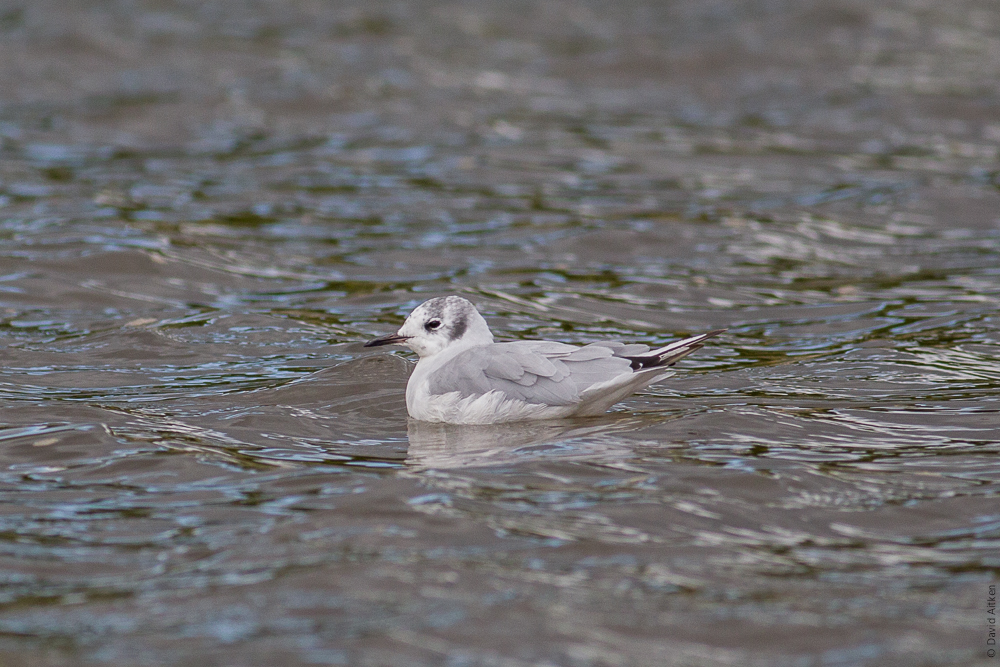 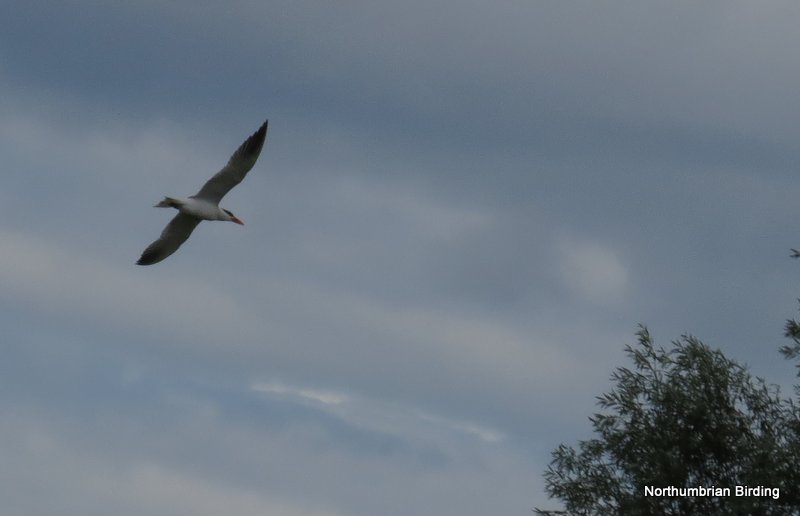 The juvenile Citrine Wagtail at Minsmere, Suffolk, on 31st — found by the swamphen finder on the very same pool — is the earliest youngster ever recorded in Britain. A European Bee-eater flew over Musselburgh Lagoons, Lothian, on 31st, while another was in trees near Aust, Glos, on the morning of 31st. An Icterine Warbler was trapped and ringed in a garden in Nethy Bridge, Highland, on 29th.

A little disappointment came for Irish birders on 1st when news broke of a Greater Sand Plover found at Santoña, Cantabria, the previous day — a fourth for Spain, this appears to be the same individual as last week's brief bird at Tacumshin.

An adult Demoiselle Crane was on the island of Falster, Denmark, on 27th, while other records included a Pied-billed Grebe in Maine-et-Loire, France, and at least one still on São Miguel, Azores. Estonia's seventh Stone Curlew made an appearance at Pulgoja on 30th while, of interest to British birders, the Western Swamphen continued in Morbihan, France, to at least 31st. 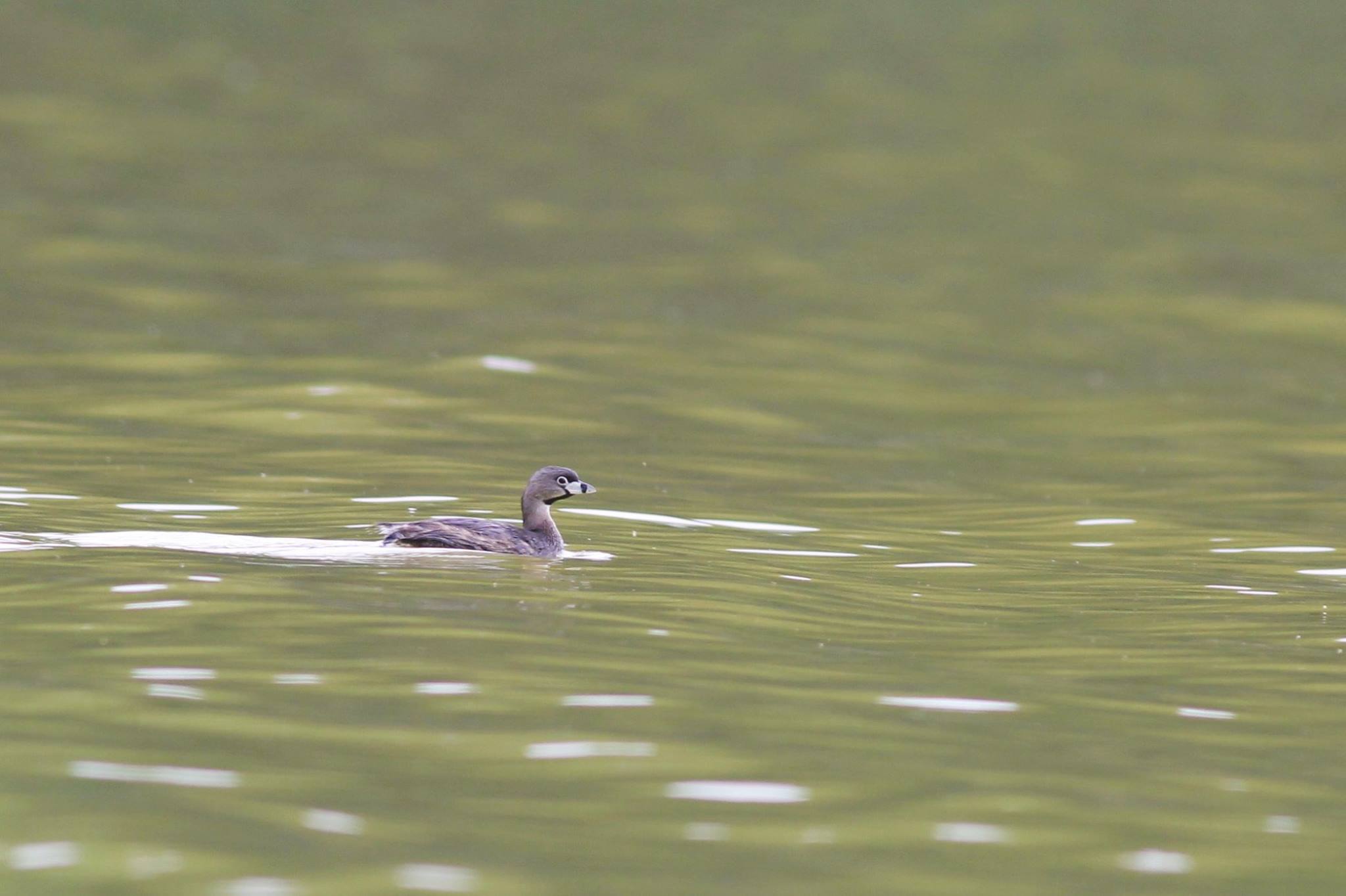