With such a strong supporting cast lingering into March, it wasn't a week that you'd describe as 'quiet', but there was more of a lethargic feel to proceedings — with the weather settling down and generally pleasantly mild, it feels like we're entering that brief early spring period where winter visitors are beginning to leave, but the first widespread arrival of summer arrivals has yet to materialize. That said, there were a few Sand Martins this week — singles in Devon, Lincolnshire and London on 28th, 2nd and 3rd respectively, with three in Lancashire on the last date — Wheatears in Hampshire and County Wicklow, Garganey in Buckinghamshire and Suffolk, and Osprey reports from Northumberland, Cornwall and Hampshire. With a southwesterly airflow and mild conditions forecast right into this weekend, we'll no doubt have plenty more migrants to report back on next week.

There were still a few significant finds, most notably a striking juvenile gull on Islay that looks like a Thayer's Gull: the bird, seen and photographed at Bruichladdich on Sunday 2nd, looks almost identical to the County Fermanagh bird of early 2011 (but perhaps a little paler). If it's a thayeri — and we can never entirely ignore the possibility of dark kumlieni with these pale-end birds — it represents at least the second of its kind seen around our shores this winter (or third, if you like the look of the Welsh bird). 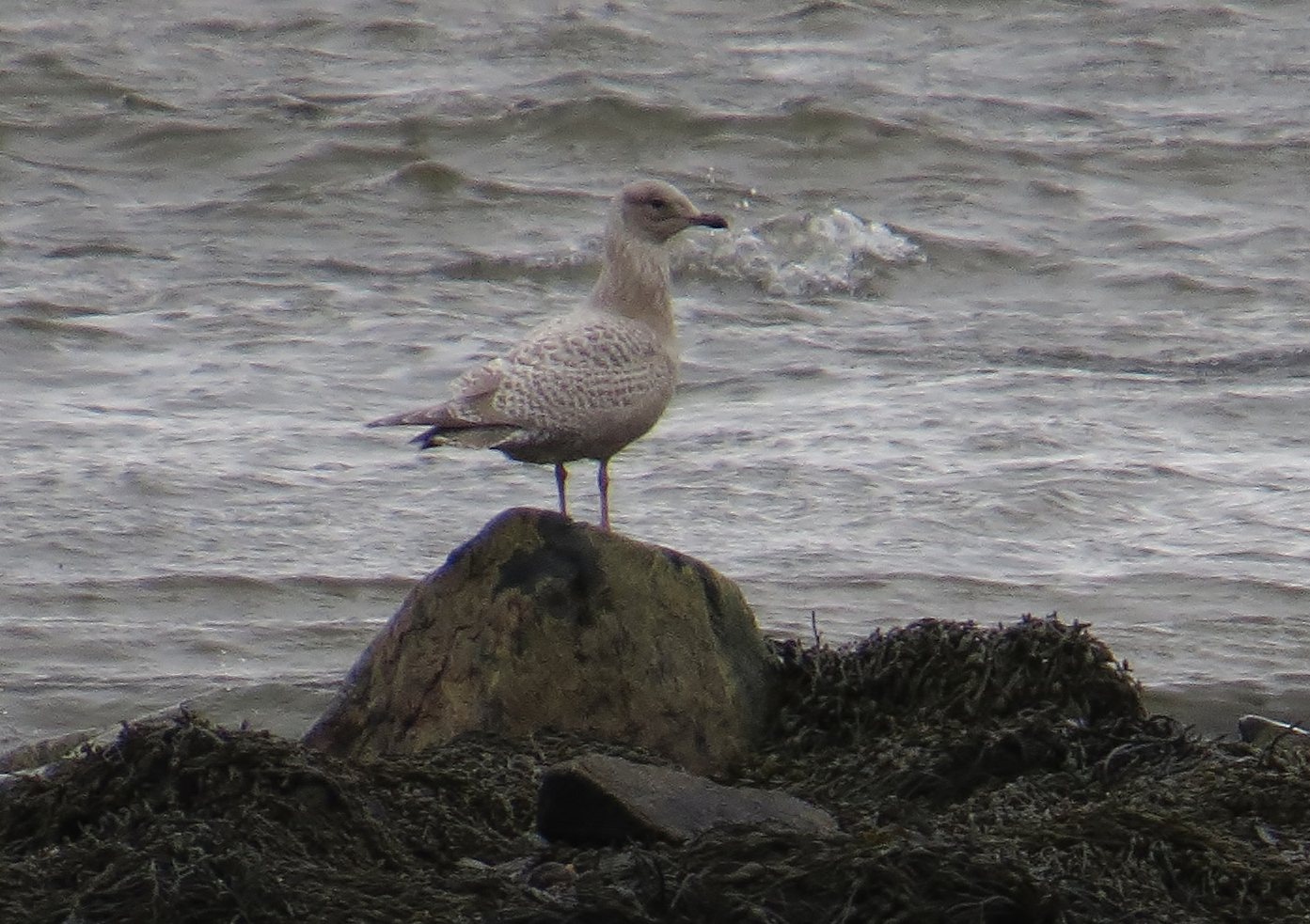 All other recent highlights remained in situ, the American Coot racking up another week at Loch Flemington (Highland), and the Pied-billed Grebe on North Uist, Chinese Pond Heron in Kent and Red-flanked Bluetail on the Gloucestershire/Wiltshire border all doing the same. Meanwhile, the Pacific Diver was reported again at Lough Fea (Tyrone) on 28th, but subsequent searching only produced a Great Northern Diver on the lake. 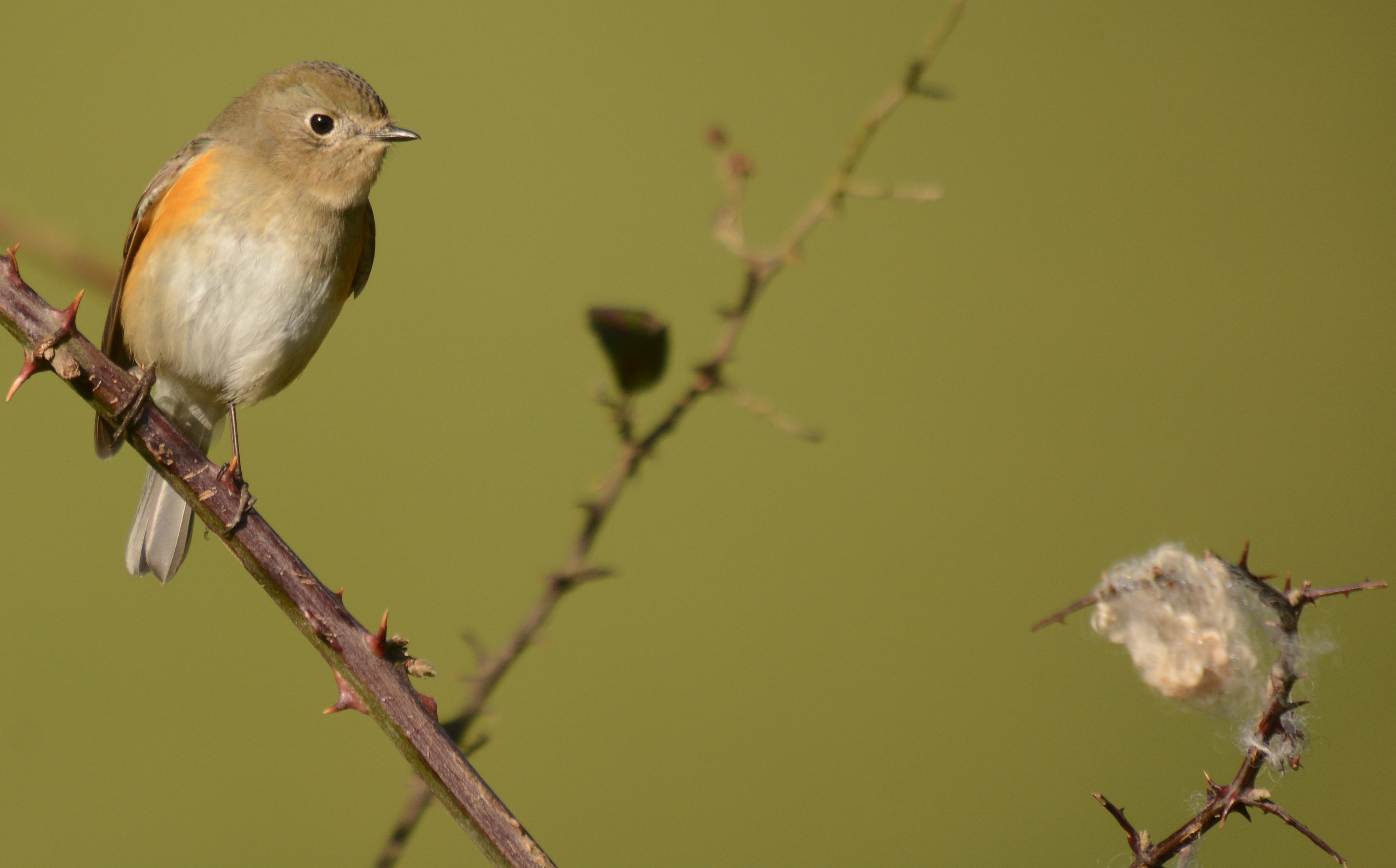 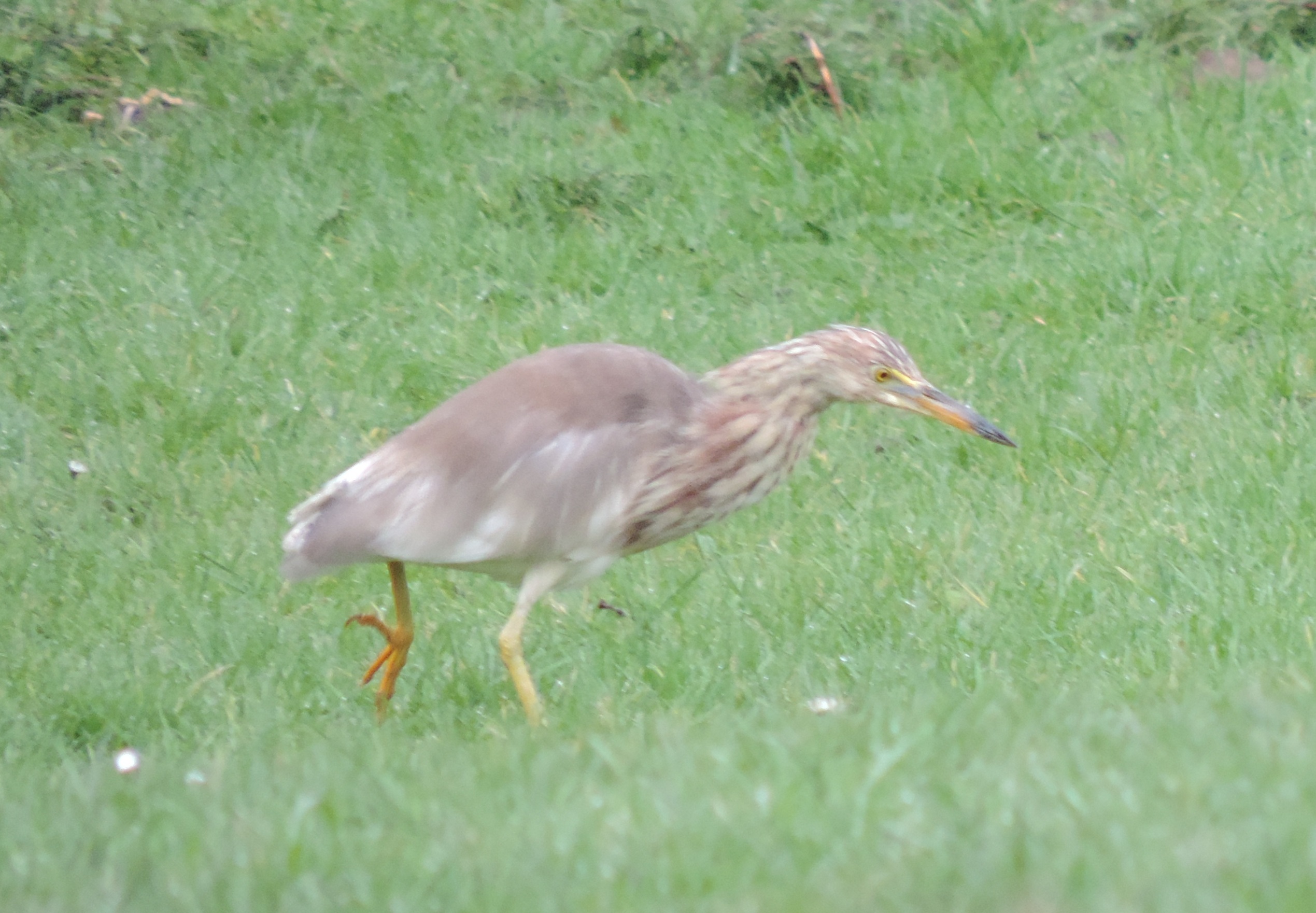 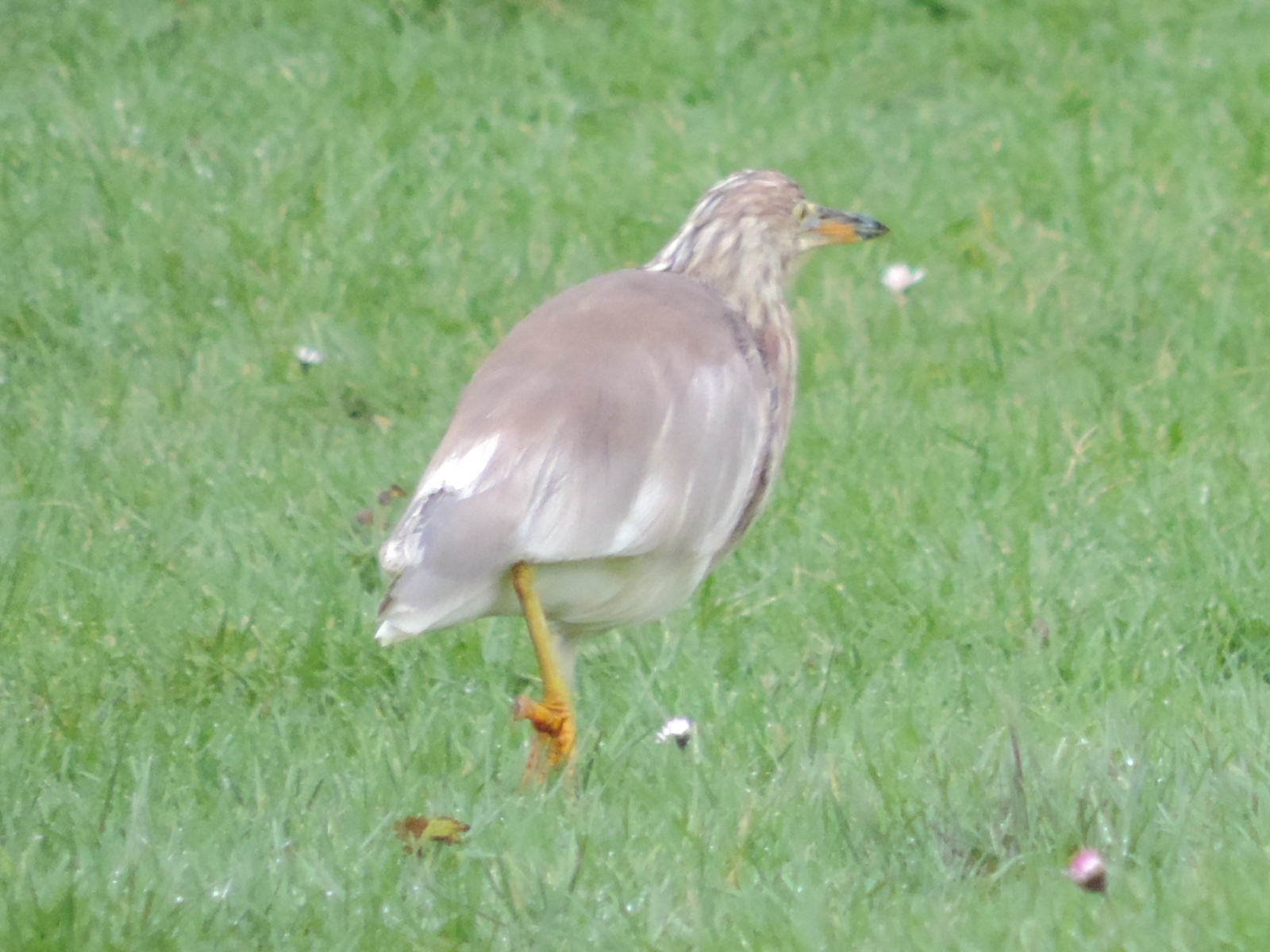 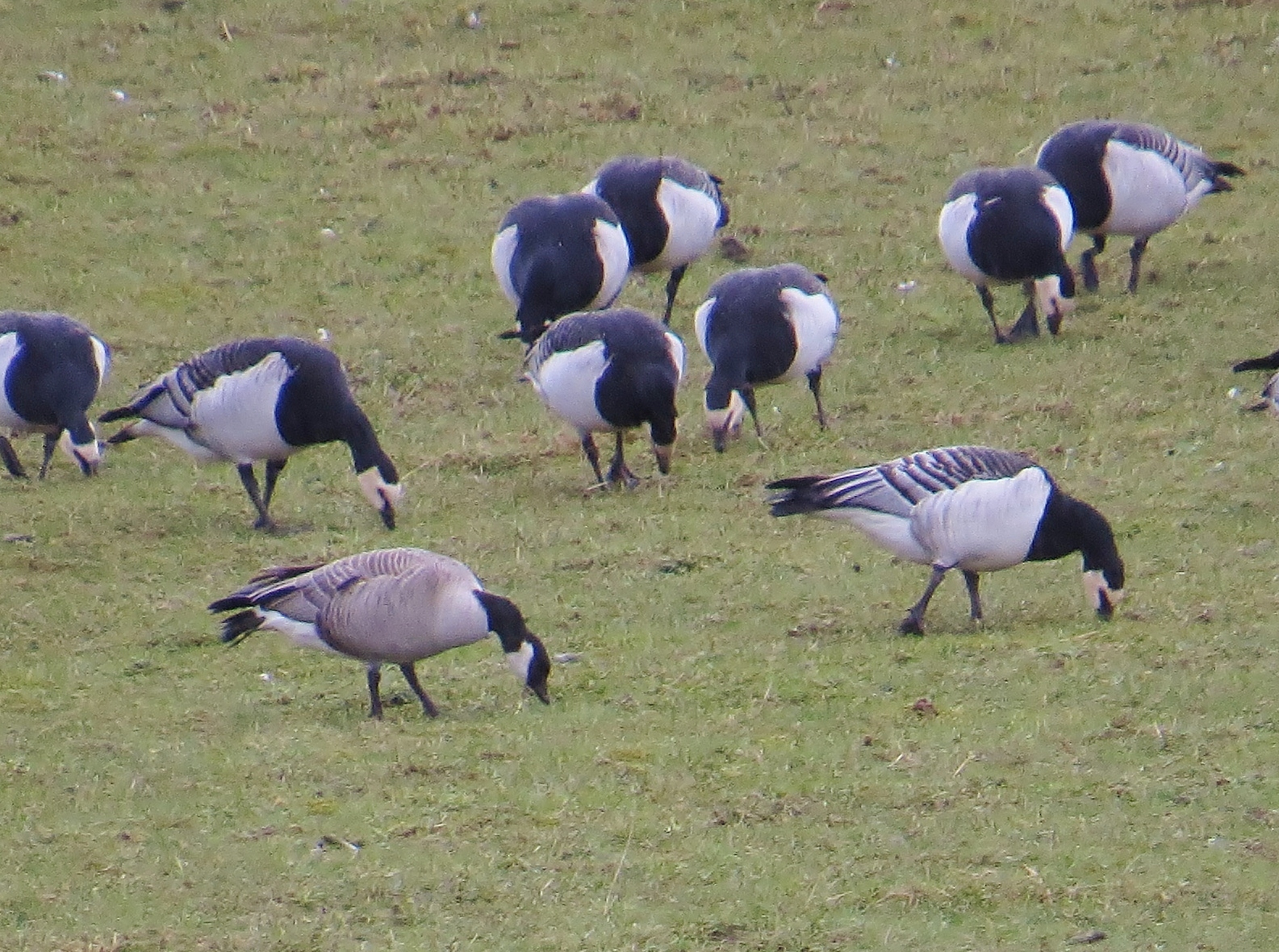 The disappearing act of Strontian's Black Duck proved only temporary, for he was found — alongside his female Mallard partner — in gardens up the valley from the bay; nesting seems imminent and perhaps we can look forward (if that is the correct term!) to a fresh crop of hybrids this summer. The Blue-winged Teal was again at Threave (Dumfries & Galloway) on 1st; it was first reported here in autumn 2010. A drake American Wigeon was again at the traditional site of Loch Bee, South Uist, on 28th; it may or may not be the same bird seen on the island at Bornish on 1st. Other drakes remained in Highland and County Leitrim. Fewer Green-winged Teal this week nevertheless included 'new' drakes at Burton Mere Wetlands (Cheshire) on 27th, Rattray Head (Aberdeenshire) on 27th and Loch of Clumly (Orkney) on 1st. 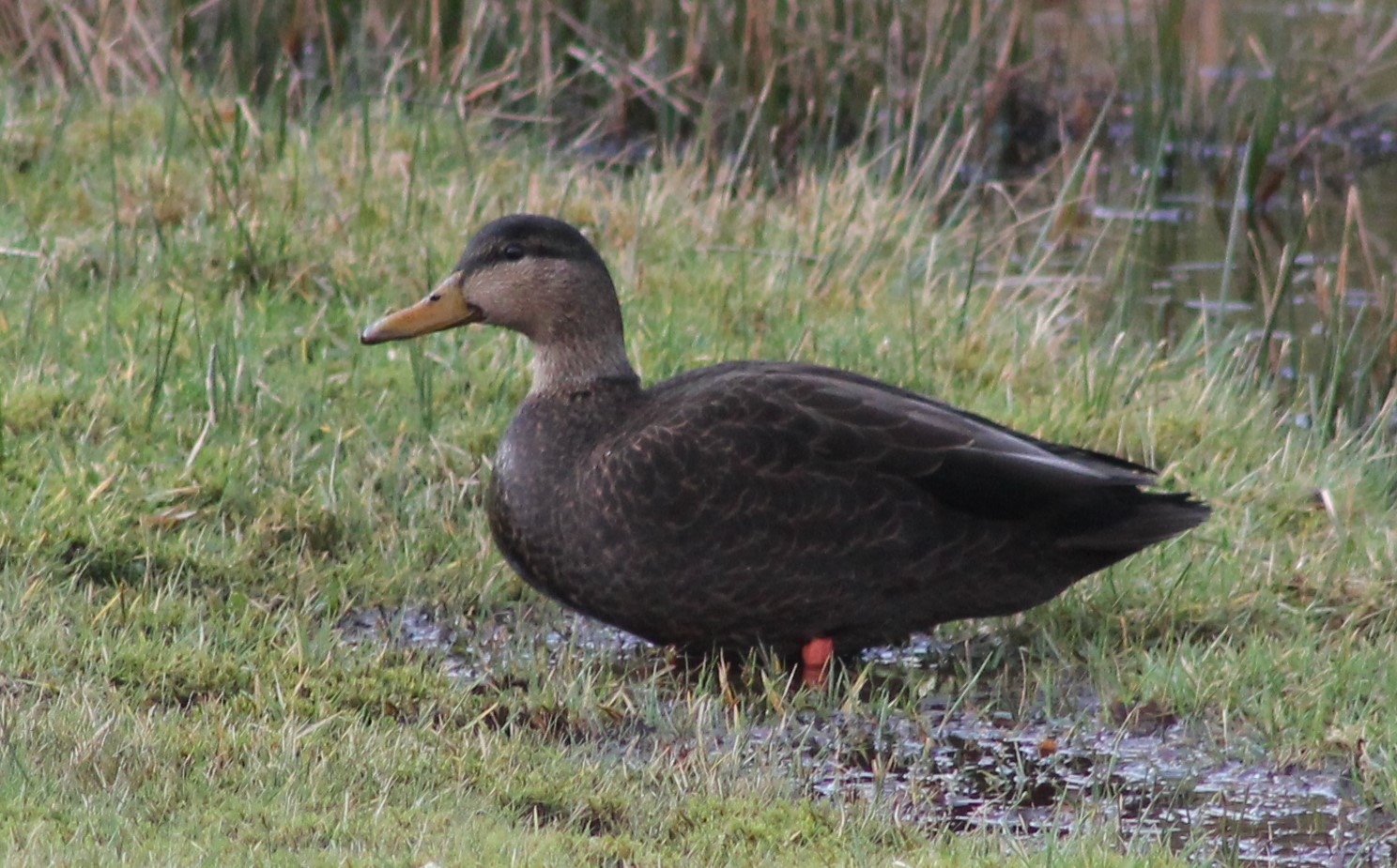 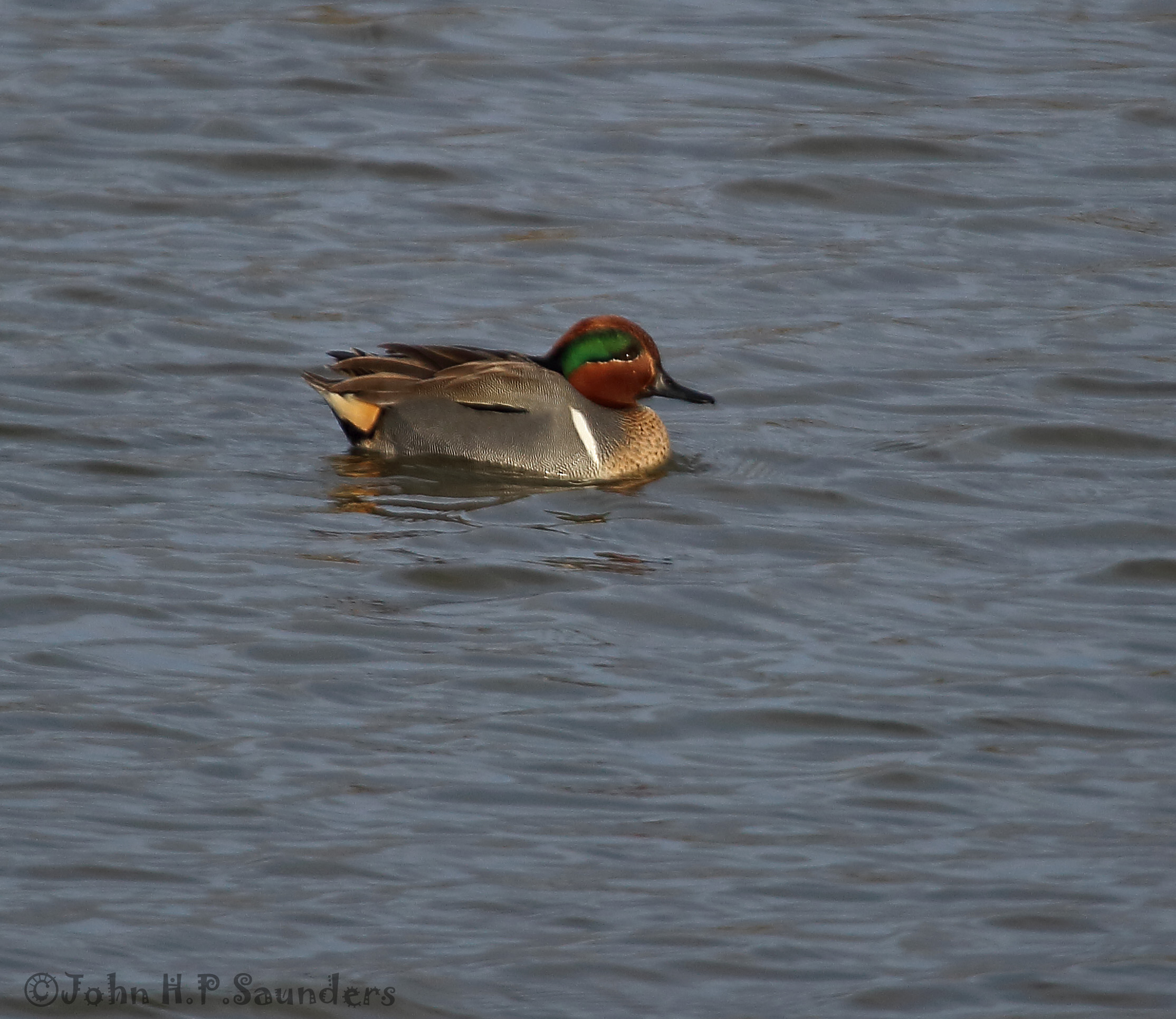 The Ferruginous Duck lingered another week at Blashford Lakes (Hants), while drake Lesser Scaup continued at St John's Loch and Loch Watten (both Highland) and Tittesworth Reservoir (Staffs), with the female seen again at Dunfanaghy New Lake (Donegal) on 26th. Four of the six Ring-necked Ducks were in Ireland, at Lough Shivnagh (Donegal), Castleward (Down), Oxford Island (Armagh) and Knockaderry Lake (Waterford); the other two were in the Outer Hebrides and Ayrshire. 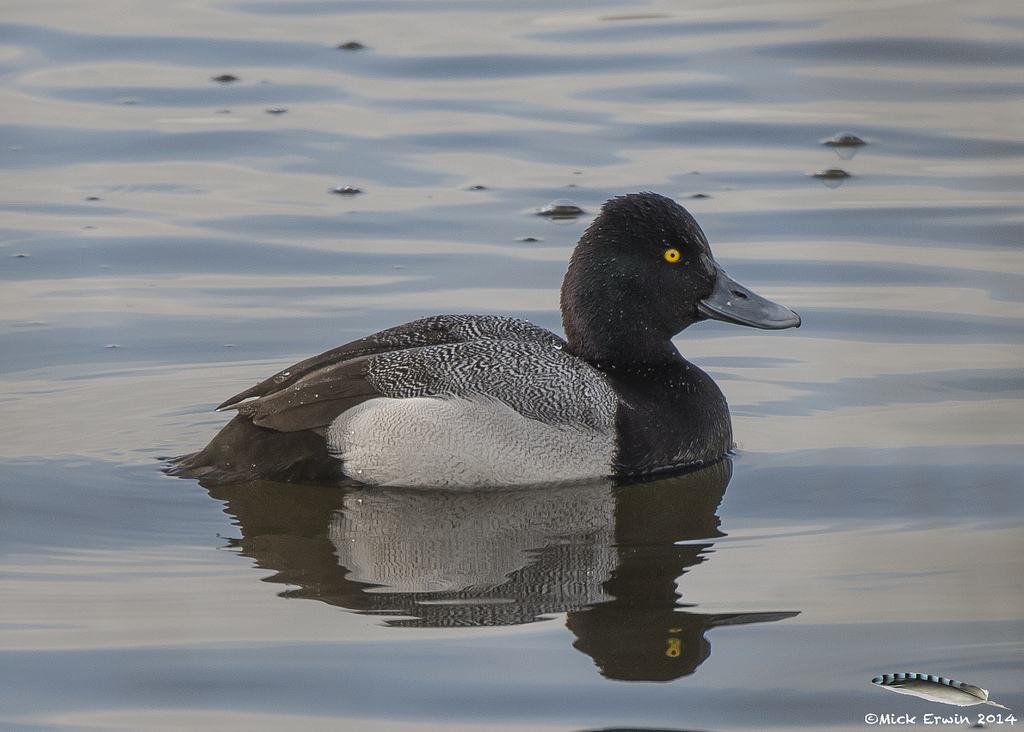 Female King Eiders remained off Blacksod (Mayo), Cahermore (Cork), Ruddon's Point (Fife) and Yellow Craig (Lothian). There were at least six drake Surf Scoters off Pensarn and Llanddulas (Conwy) throughout; other 'Surfers' included the pair again off Newcastle (Down), a new adult drake off Mullaghmore (Sligo), further adults still in Lothian and Fife, and young males off Courtmacsherry (Cork) and in Mount's Bay (Cornwall). Just one White-billed Diver was seen, on South Ronaldsay (Orkney) to at least 3rd.

Though there was no further news on the recent Snowy Owl, Shetland scored a Gyr Falcon at Quarff on 27th, and a possible Saker Falcon was reported at Flamborough Head (E Yorks) on 4th.

Shorebirds were better represented this week, with an American Golden Plover among its European counterparts at Porthgwarra (Cornwall) on 1st and the Marsh Sandpiper again reported from North Uist on 3rd; the Long-billed Dowitcher was again at Pennington Marshes (Hants) on 28th–1st and in the same county the Lesser Yellowlegs was still at Lepe.

Another American Herring Gull was found this week, this time at Cruisetown Strand (Louth) on 2nd. The pale first-winter was still at Barnatra (Mayo) on 26th, while the altogether more classic bird on the Mull of Kintyre continued around the Campbeltown area until at least 3rd, with a Bonaparte's Gull found not too far away at Loch Caolisport and Ormsary from 2nd. Further Bonaparte's remained in Cardiff (Glamorgan) and at Dawlish Warren (Devon), with the Thurso (Highland) bird last seen on 27th. The Laughing Gull notched up another week at Ballycotton (Cork), though the absence of news of the Ross's Gull in the county meant that the Dublin bird — still being seen sporadically at Poolbeg early on — was the only one reported during the review period. 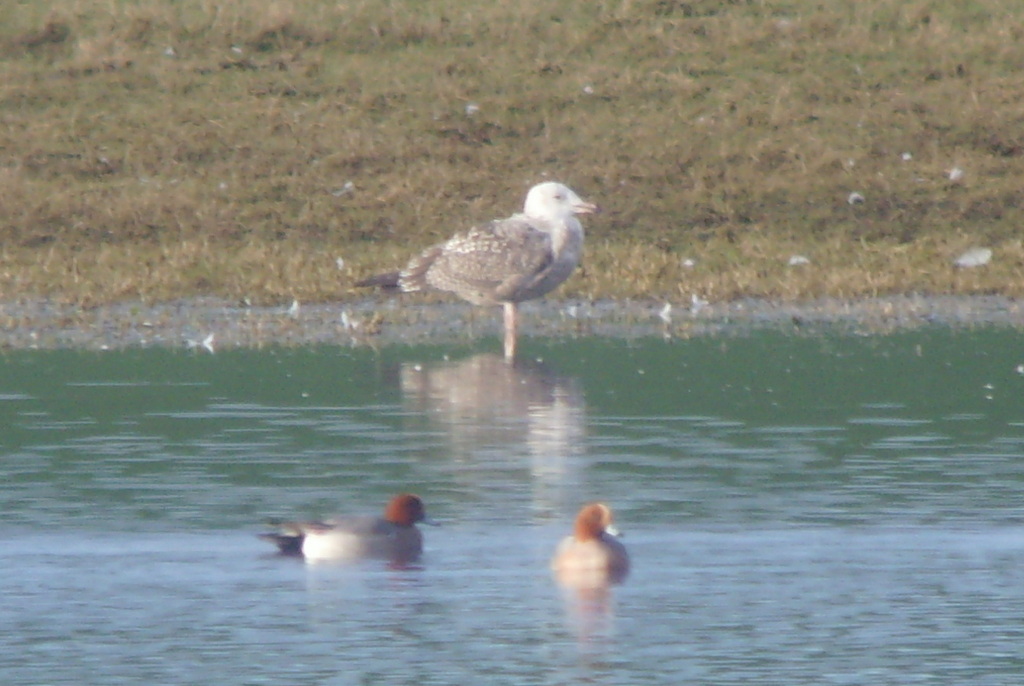 A probable Azorean Gull regularly roosted at Mousehole (Cornwall) from 26th onwards. Around 20 Ring-billed Gulls included a showy adult at Newburgh (Fife) on 28th–4th, an adult at Black Pill, Gower (Glamorgan) from 1st–3rd, the second-winter still roosting at Audenshaw Reservoirs (Gtr Man) and the long-staying Hampshire individual, while, in Ireland, at least four were around Cork City and three were at Nimmo's Pier (Galway). White-winged gull numbers remained healthy, peak counts this week including 14 Glaucous Gulls at Cross (Mayo) and at least four Kumlien's Gulls at Killybegs (Donegal). 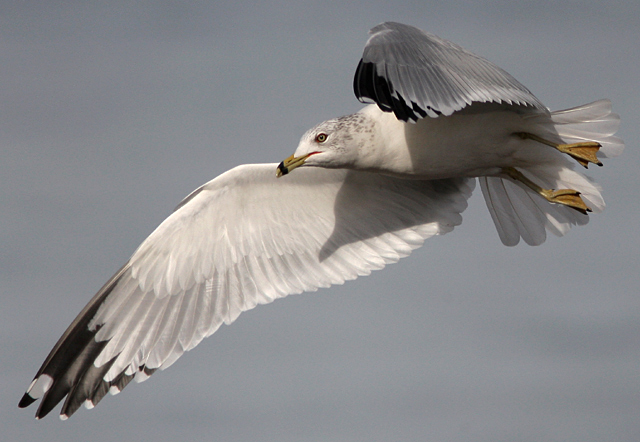 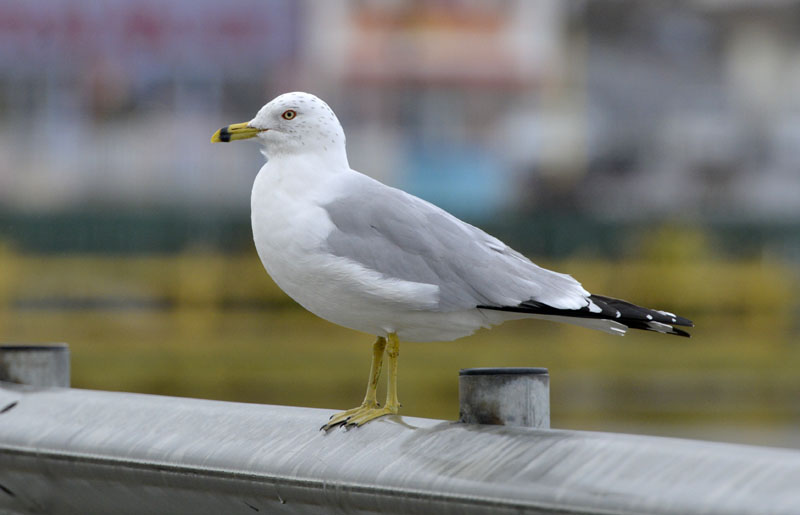 The wintering Hoopoe was still in Carlow (County Carlow) on 2nd, and a Richard's Pipit was to be found at Wall Common (Somerset) from 3rd onwards. Cambridgeshire's Whitethroat was still at Ouse Fen on 27th, while a number of Lesser Whitethroats included the Siberian Lesser Whitethroat still in Tynemouth (Northumberland) and other, presumed blythi, birds still in Egginton (Derbys) and at Hallcroft Fisheries (Notts). Hume's Leaf Warblers lingered on at Hams Hall (Warks) and Ramsgate and Dungeness (both Kent) throughout the week; two Yellow-browed Warblers at Topsham (Devon) comprised the only multiple count of that species, though singles were still at Uffmoor Wood (Worcs), Bruton (Somerset), and Gwennap and Ponsanooth (both Cornwall). Two Penduline Tits also remained at Dungeness, and a Little Bunting was a nice find at Lea Marsh (Lincs) on 28th, lingering until the week's end. 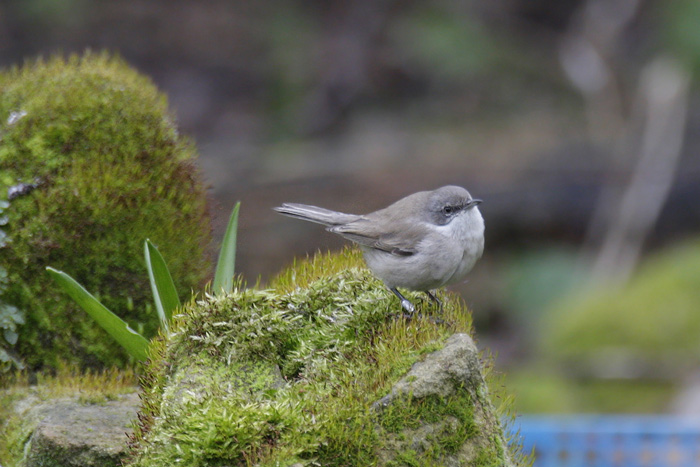 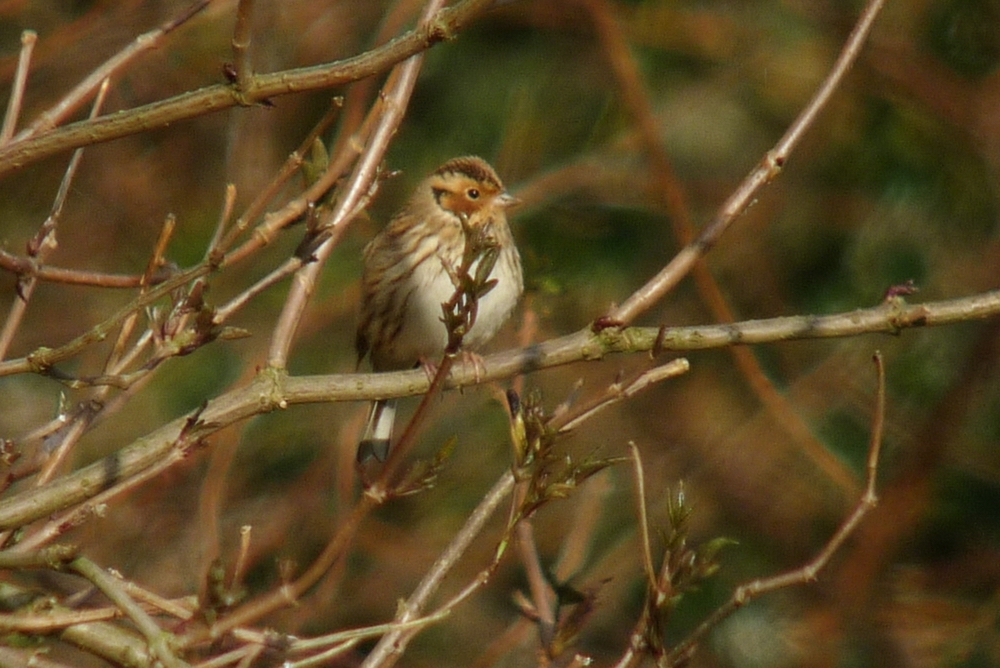 Crossbills remained fairly widespread, with at least a dozen Two-barred Crossbills remaining in the Forest of Dean (Glos) and seven still at Broomhead Reservoir (S Yorks) in addition to the male still at Broughton (Lincs) to 28th and the female at Leith Hill Wood (Surrey) on 26th. Up to 15 Parrot Crossbills were still at Holt Country Park/Edgefield Woods (Norfolk); elsewhere in the county, eight remained at Waveney Forest to 2nd and another flew west over Aylmerton on 28th. 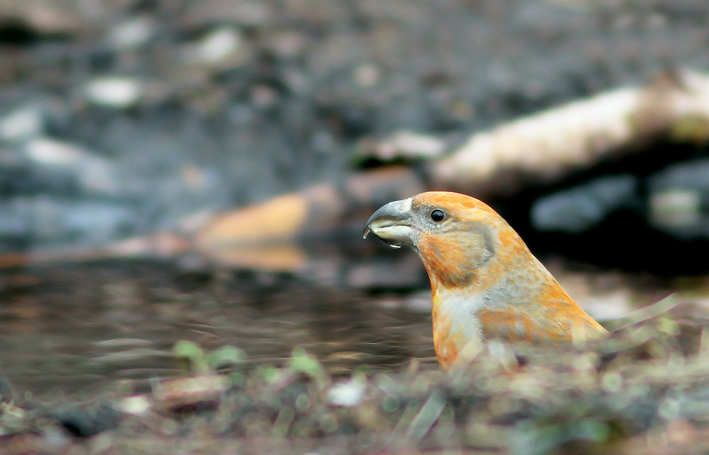 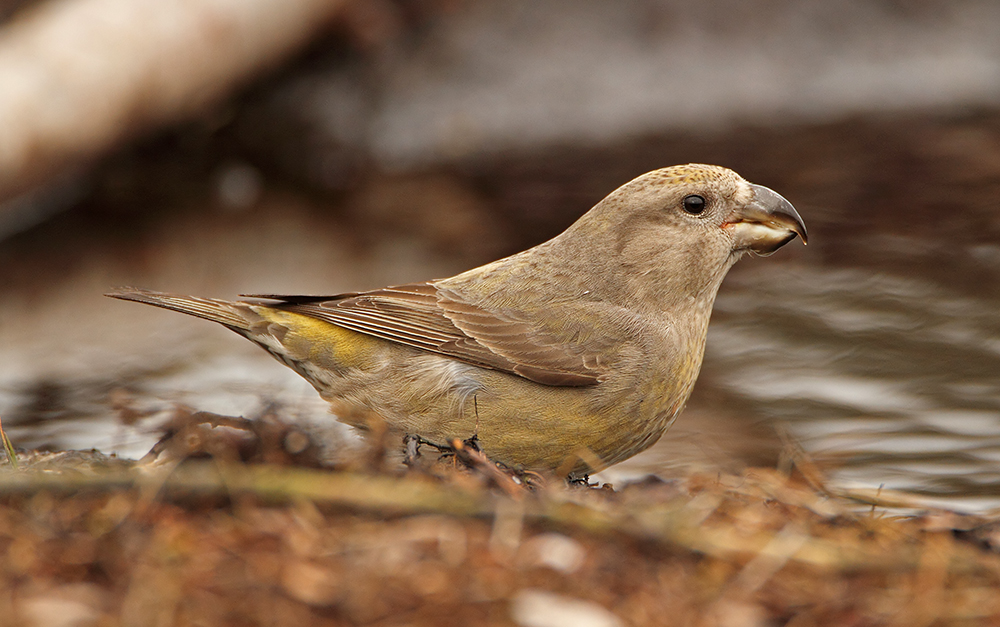 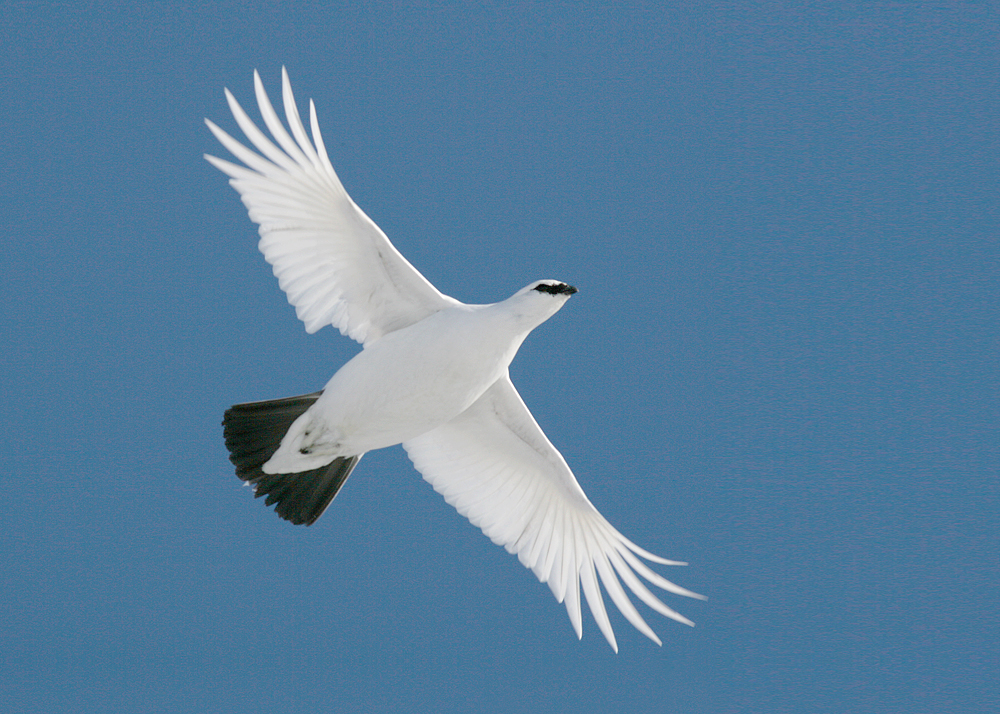 Ptarmigan images are always hugely popular with BirdGuides gallery viewers, partly because they are such stunning birds visually, but also because so many of our viewers appreciate the remote and inaccessible locations within which most of these birds are found. This week, a trek up Cairn Gorm in the Scottish Highlands by Shaun Harvey resulted in a first Photo of the Week for both Shaun and this species. Shaun's overhead flight shot against a blue sky is a shot we haven't had before for this species and certainly catches the bird in a great pose and angle. Most flight shots feature a bird that's darker than the sky but, with a rich blue sky and a brilliant white bird (presumably uplit by light reflected off snow), Shaun has created an unusual and striking image. 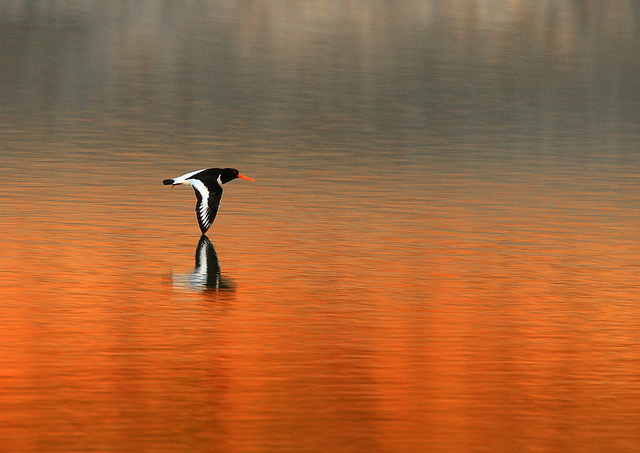 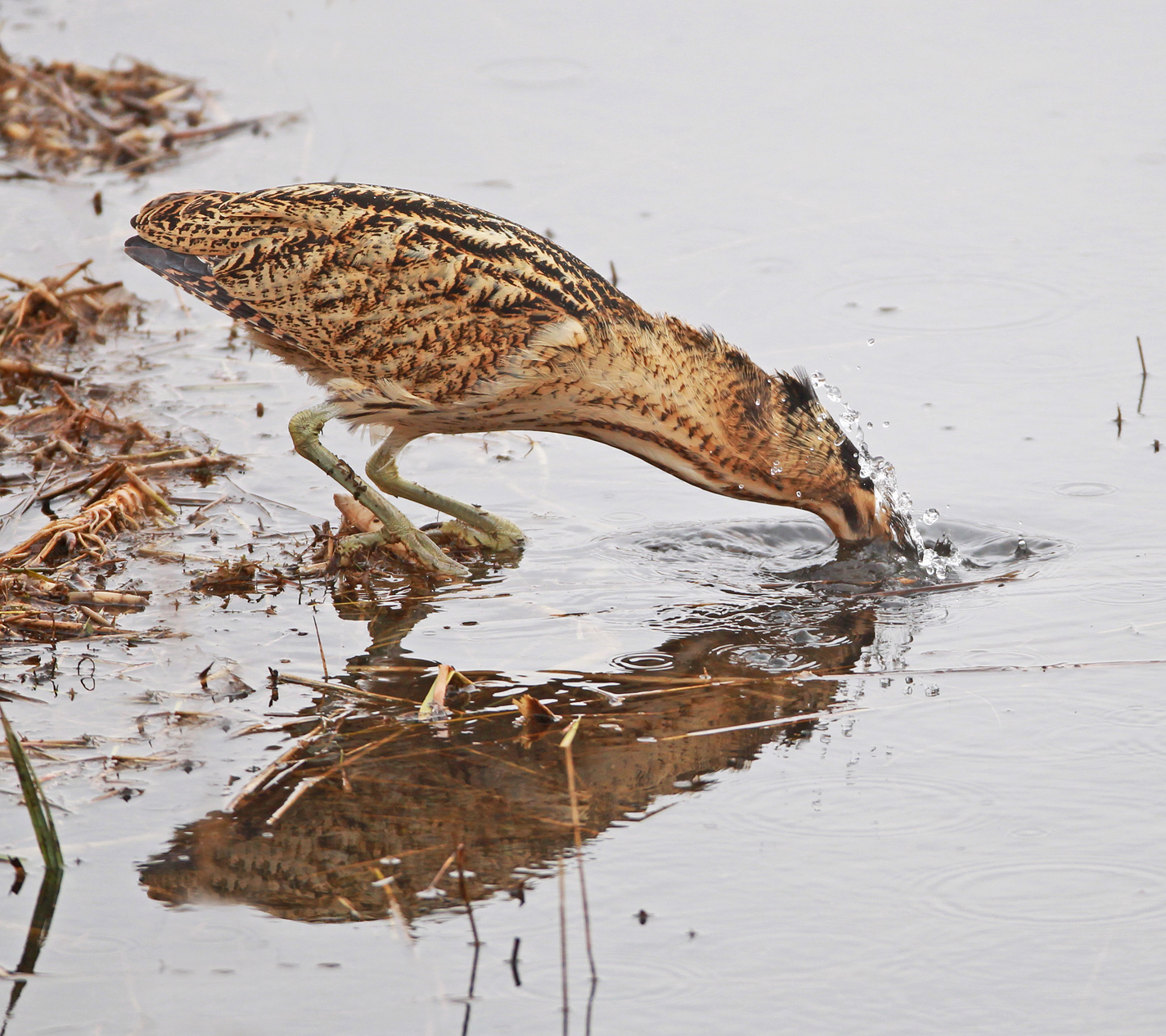 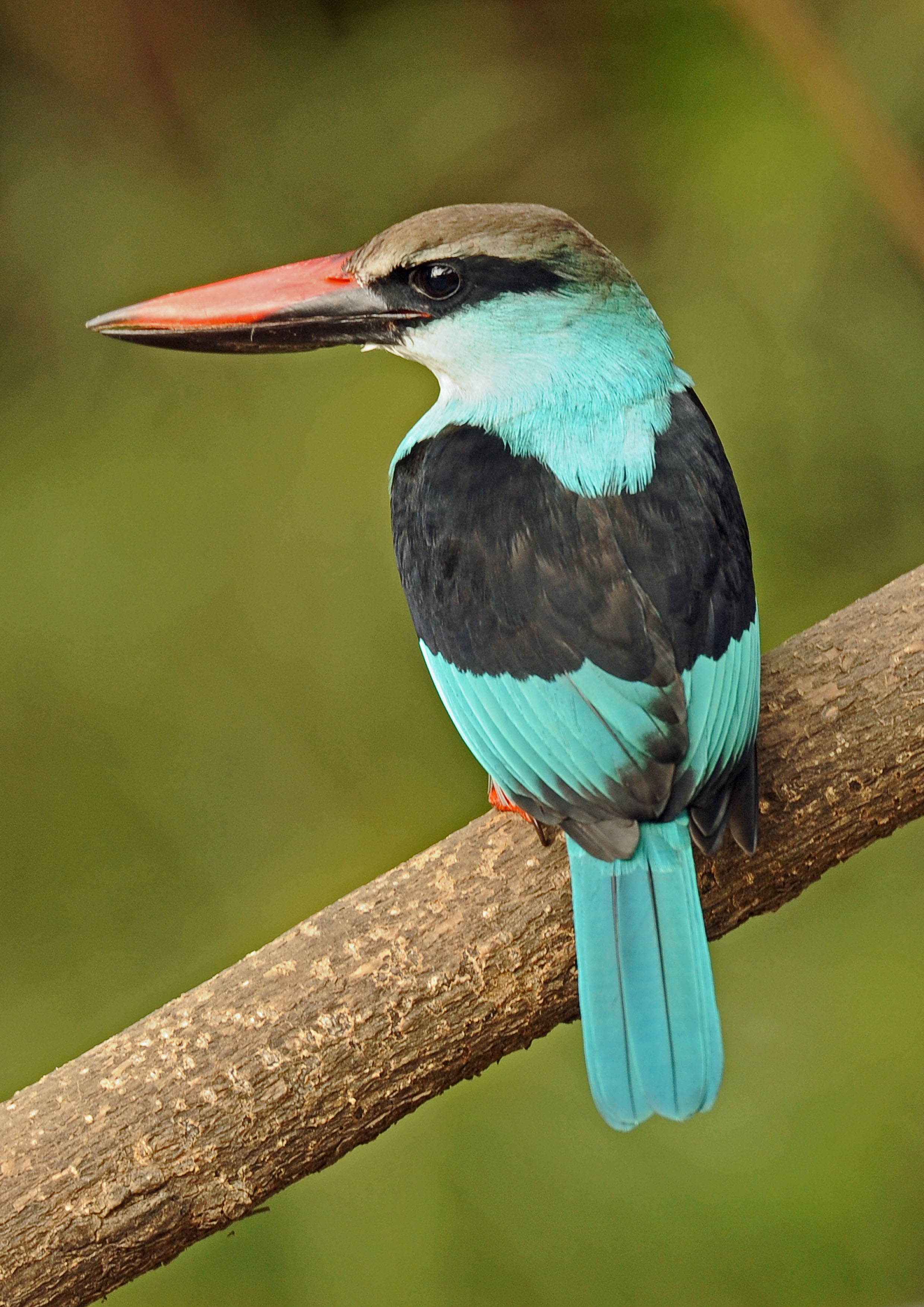 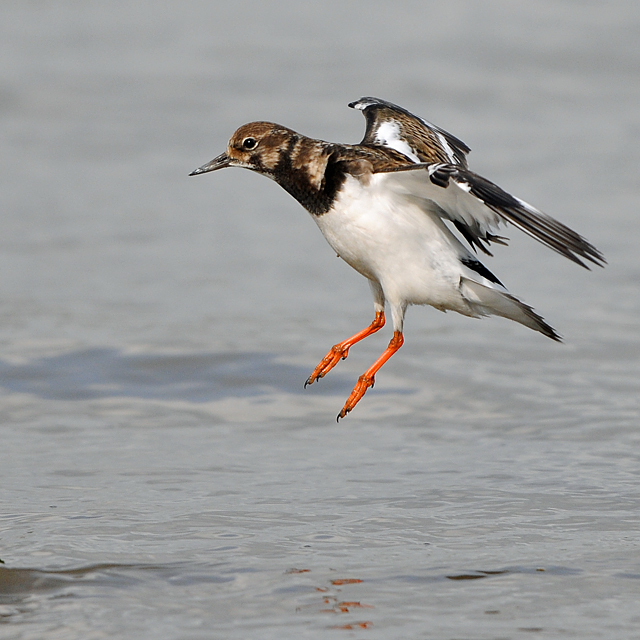 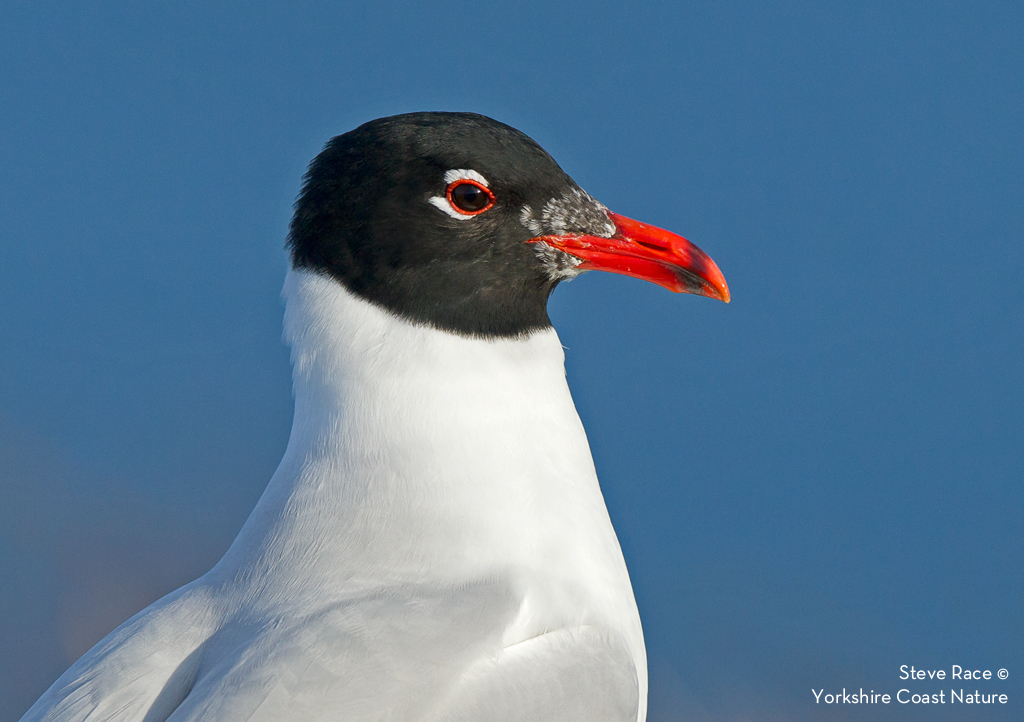 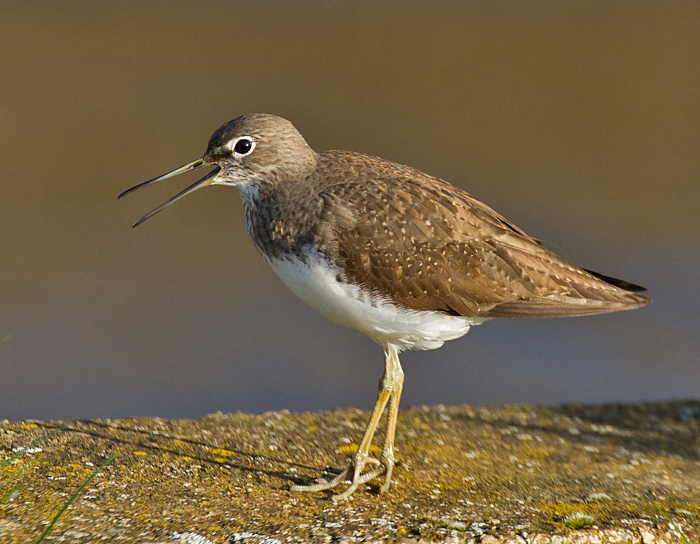