March stuttered to a low-key conclusion as cool and unsettled conditions gripped Britain and Ireland. Indeed, the early promise signalled by a widespread arrival of the first spring migrants a few weeks ago has all but evaporated as poor weather took control.

One ray of light in an otherwise gloomy picture was a twitchable Alpine Swift near Gatwick Airport, W Sussex, from 28–30th. The bird, the second of the month following an early individual in Wolverhampton on 9th, actually spent most of its time on the north side of Crawley, roosting on the Virgin Atlantic building on the evenings of 28th and 29th before the final sighting during the morning of 30th Perhaps we can look forward to an influx of this charismatic swift, if and when conditions become a little more favourable for overshoots. 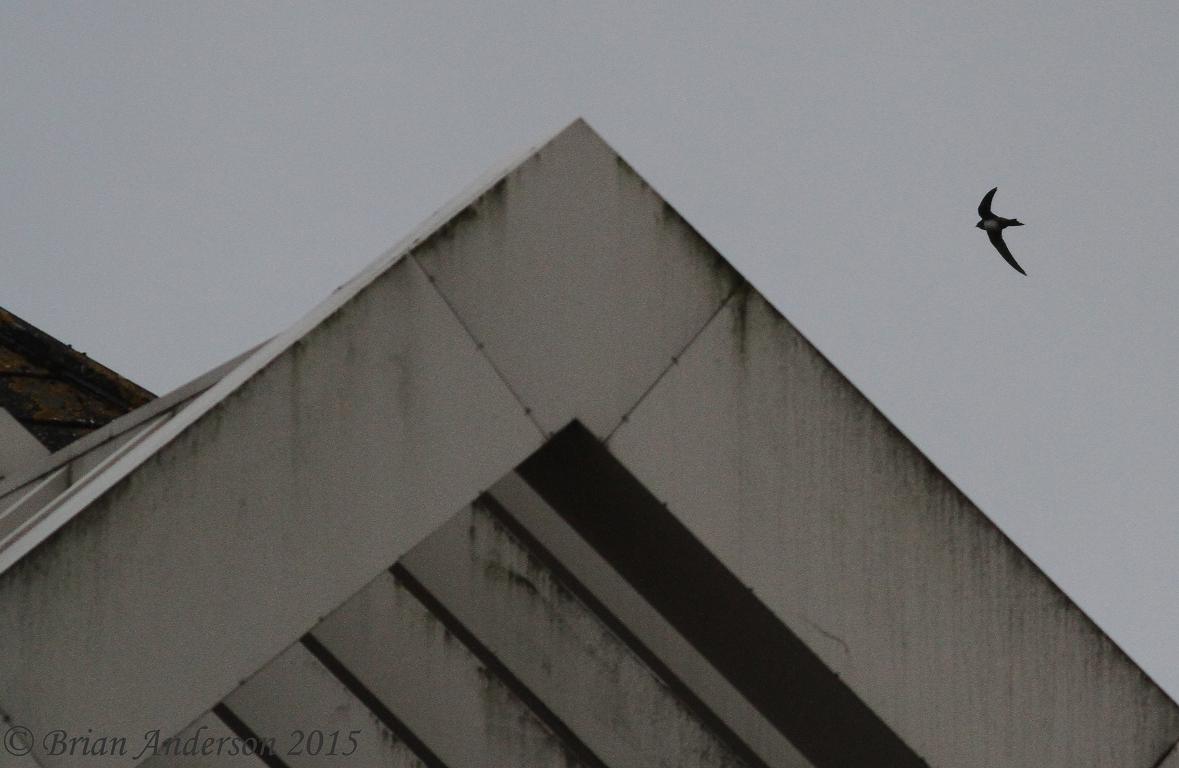 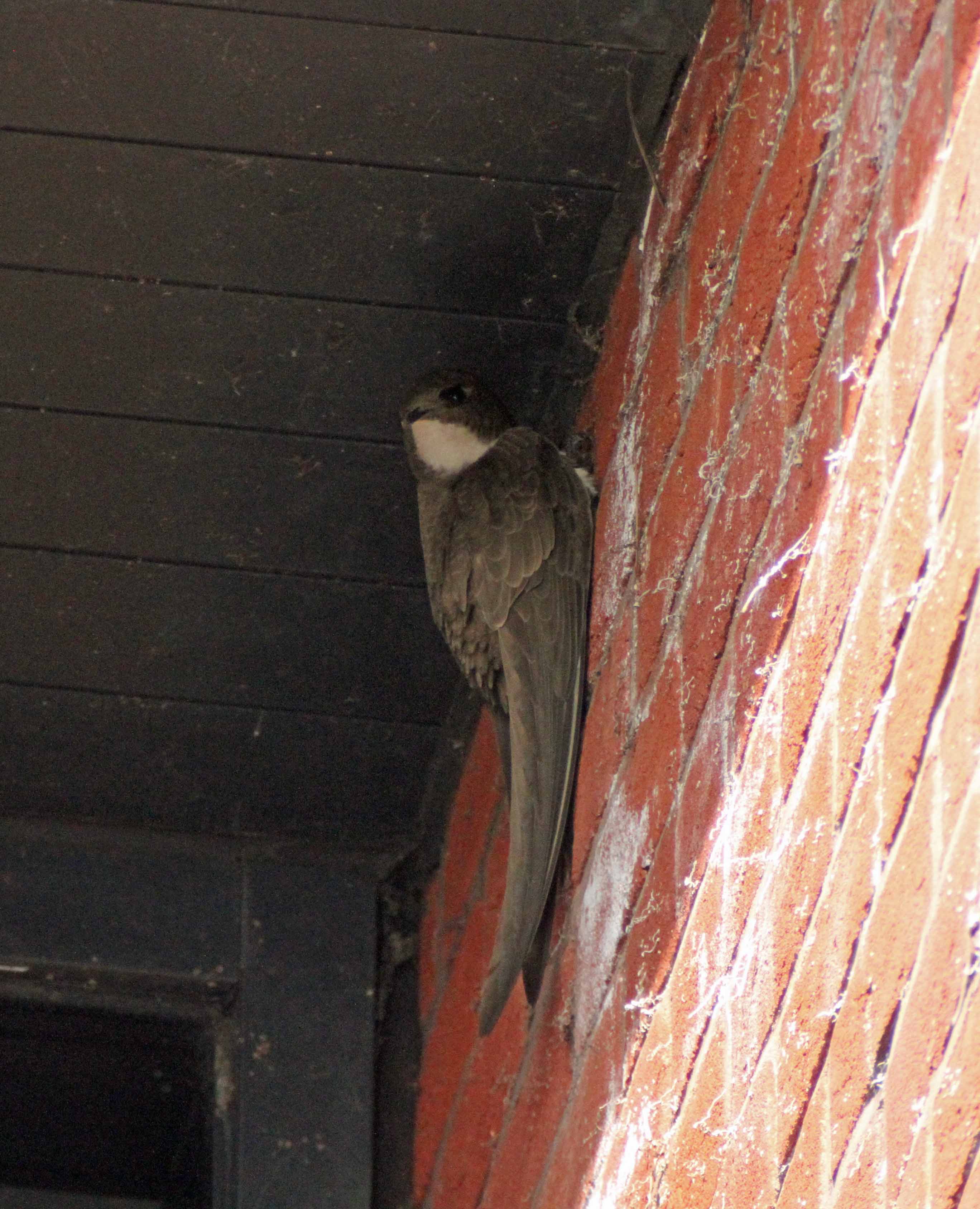 Otherwise, it was a case of long-staying rarities making up the week's highlights section. Seemingly still well settled are both Harlequin Ducks in Scotland: the young drake in Aberdeen, still showing well on the River Don, and the female off Brora. In the Outer Hebrides the American Coot also notched up another week at Balranald, North Uist: it was still present on 29th. 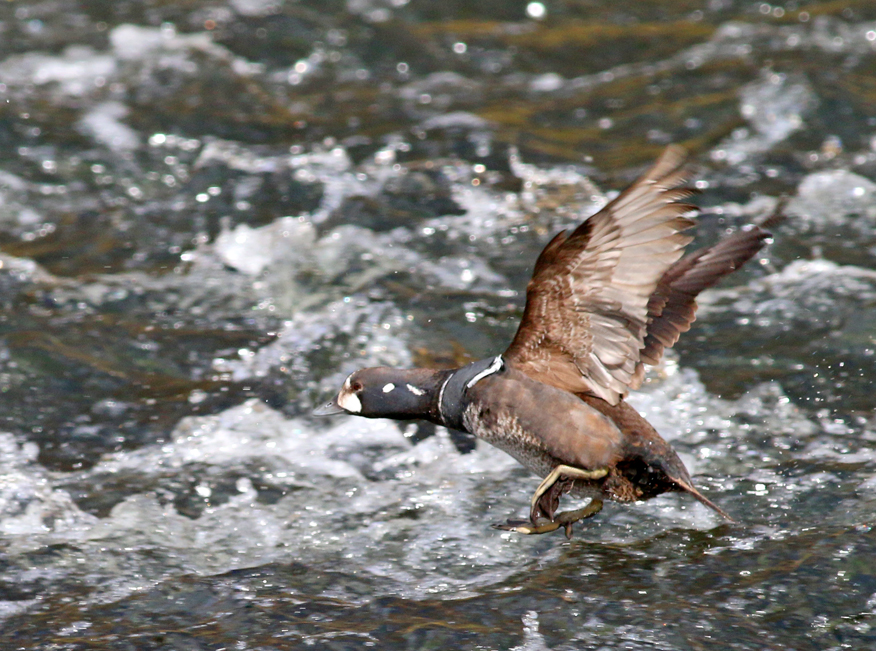 Both Black Scoters were again reported this week, the Northumberland bird off Cocklawburn Beach on 26th and the Co Kerry drake still off Rossbeigh on 31st. Surf Scoters included a smart drake off Hoylake, Cheshire, on 25–29th and three off Old Colwyn, Conwy, with further singletons in Lothian, Suffolk, Co Clare and Co Louth. The female King Eider continued to bob around off Ruddon's Point, Fife, and at least six White-billed Divers congregated off the hot-spot of Portsoy, Aberdeenshire, on 25th; others remained off Kirkabister, Shetland, and South Ronaldsay.

Three drake Lesser Scaup were all lingering birds: at Cosmeston Lakes, Glamorgan; Martnaham Loch, Ayrshire; and Lough Gara, Co Sligo. Drake Ring-necked Ducks were new at Stainton, N Yorks, on 27th and, on 29th, at Kyle of Durness, Highland, and Ballyherly Lough, Co Down; a further seven were seen around Britain and Ireland. The Blue-winged Teal was still at The Shunan, Orkney, while the American Black Duck shared Tresco, Scilly, with one of the week's dozen Green-winged Teal; of those 12, birds at Greylake, Somerset, from 28th, Ouse Washes, Cambs, from 28–30th, Port Charlotte, Islay, on 28th and Abberton Reservoir, Essex, from 29th were new. A drake American Wigeon was still on the Taw Estuary in Devon on 25th and at least one, a drake, was at Balranald, North Uist, along with a possible female on 28th; further drakes hung on in Nottinghamshire and West Yorkshire. 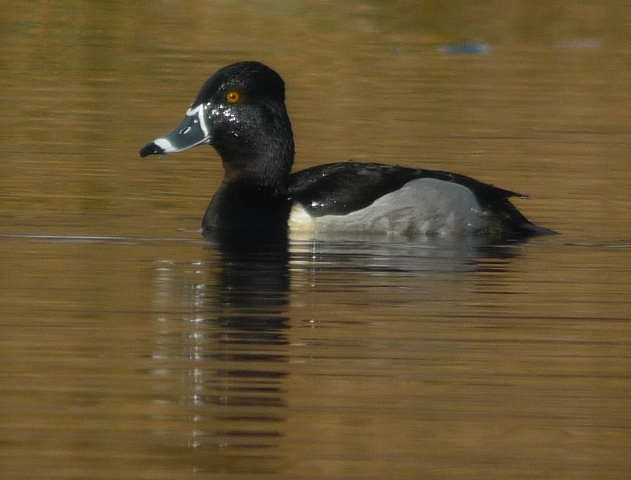 Despite the weather it's no great surprise to see goose numbers dwindling as April approaches. The Ridgway's Cackling Goose was still at Cults Loch, Dumfries & Galloway, on 25th, while half a dozen Black Brants included at least two or three around the outer Stour Estuary, Suffolk, and others in East Yorkshire, Norfolk and Kent.

The ever-present Cattle Egrets at Dungeness, Kent, lingered another week, while Glossy Ibis remained at Gonalston, Notts; the Ouse Washes, Cambs; and Tramore, Co Waterford. The only shorebird of note was once again the Lesser Yellowlegs on the Rogerstown Estuary in Co Dublin. 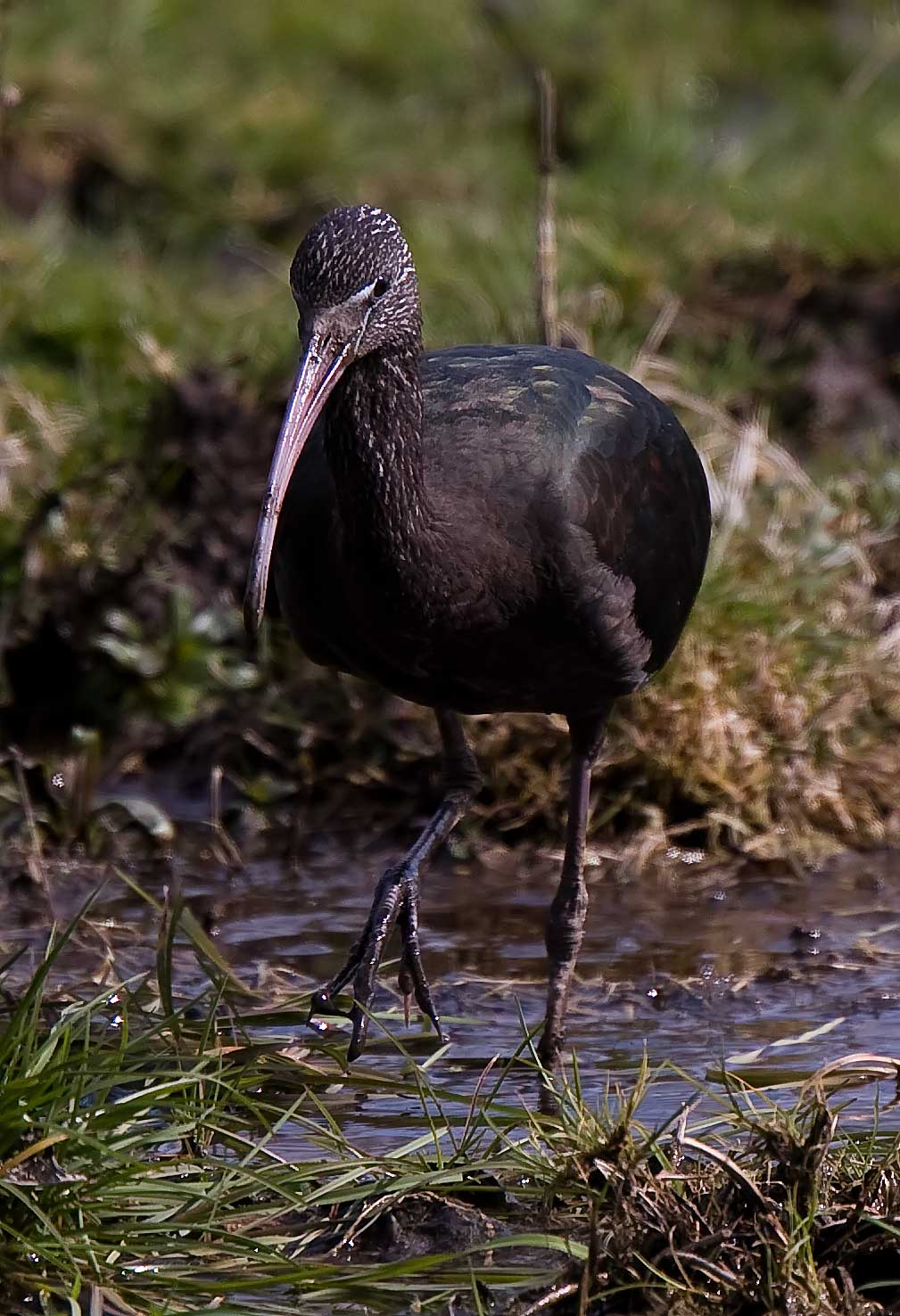 What was presumably the recent East Anglian White-tailed Eagle was reported over East Dereham, Norfolk, on 29th; the Durham bird was again at Eastgate on 27th and then spent the next few days in the Stanhope/Bollihope area. The escaped Black Kite continued to build its nest in Wrentham, Suffolk, while three Rough-legged Buzzards in Norfolk included two still in the Holkham and Burnham Overy area; others were at Lochindorb, Highland, and Rudland Rigg, N Yorks. 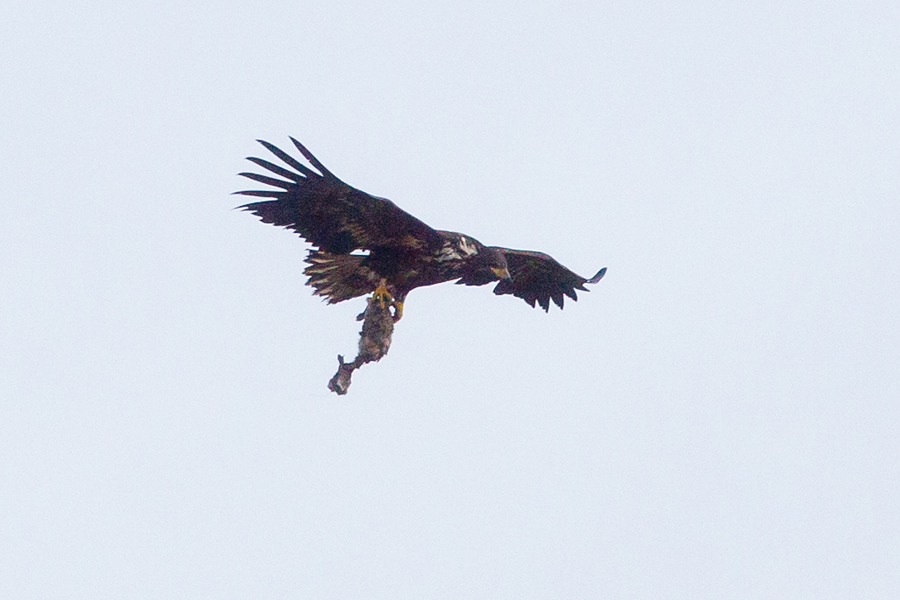 The Laughing Gull remained at New Brighton, Cheshire, throughout the week, and two Bonaparte's Gulls were still in Cardiff, Glamorgan, on 28th. An adult Bonaparte's was at Ormsary, Argyll, on 26–27th and first-winters remained at Tramore, Co Waterford, on 29th and Radipole Lake, Dorset, throughout the week. A candidate second-winter Thayer's Gull was filmed off Chesil Cove, Dorset, on 29th but identification couldn't be clinched in the difficult viewing conditions. 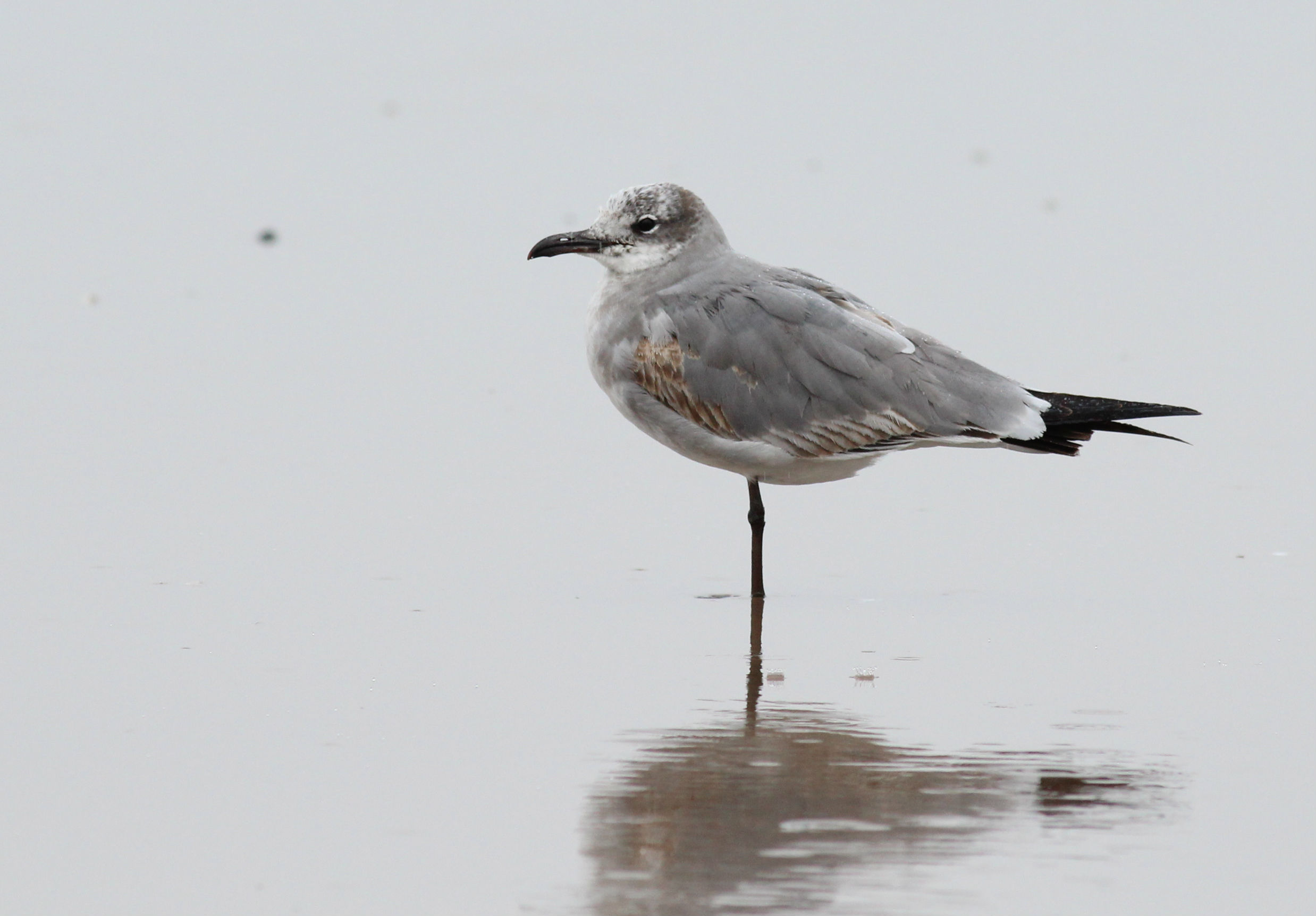 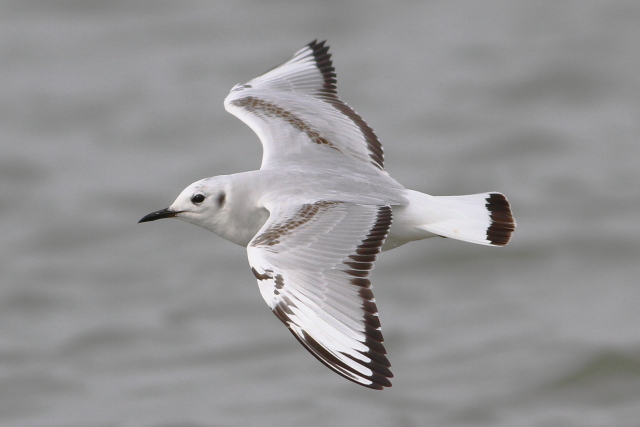 A first-winter Ring-billed Gull in the Boddington Reservoir roost was a great Northants bird on 27–28th; another new British record involved a second-winter at Seaton, Devon, on 30th. Three others were seen in Britain, though numbers were far greater in Ireland, where the top count was of an impressive five adults at Sandymount, Co Dublin, on 26th. Four were at Nimmo's Pier, Co Galway, on 27th and three at Blennerville, Co Kerry, that day; five others were seen around Ireland.

Richard's Pipits hung on at Breydon Water, Norfolk, to 25th and Swale NNR, Kent, to 29th. Last week's surprise Desert Wheatear on St Agnes, Scilly, was last noted on 26th. The Black-bellied Dipper at Harpham, E Yorks, was not reported beyond 25th. 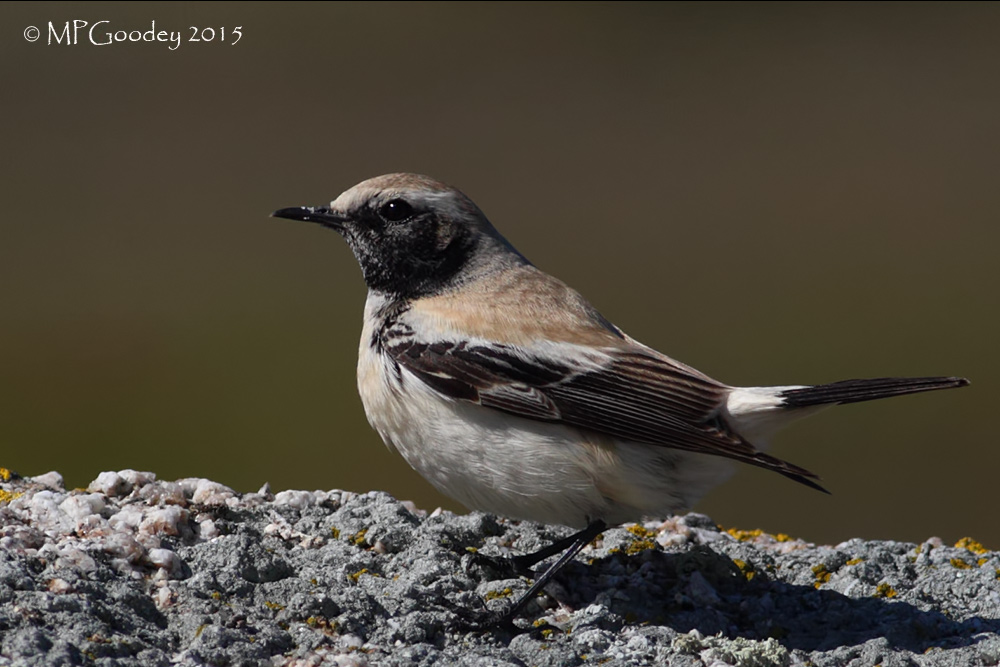 A Yellow-browed Warbler briefly in Birmingham was a surprise discovery on 26th; others remained at Branscombe, Devon, and Sedgeberrow, Worcestershire. The pair of Penduline Tits were still at Darts Farm, Devon, on 31st and a Serin flew over St Ouen's Pond, Jersey, on 25th. A male Two-barred Crossbill was seen at Speech House Woodland, Glos, again on 25th, while Little Buntings stuck around at Marazion, Cornwall, to 27th and Forest Farm, Glamorgan, throughout. 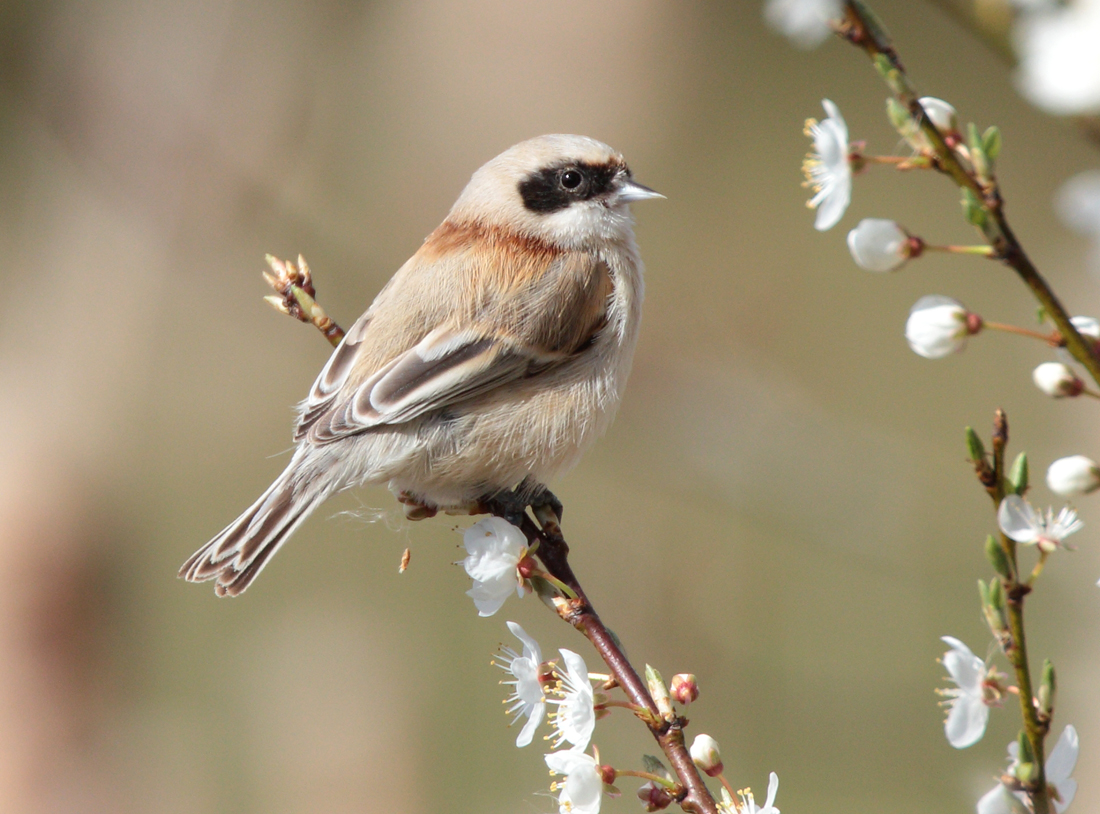 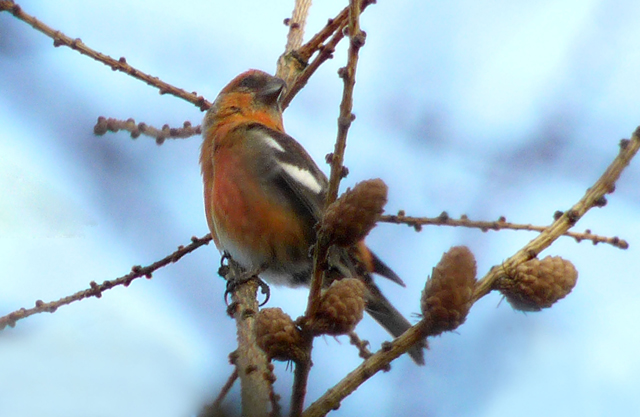 The first Israeli Grey Hypocolius to be seen away from the Arava Valley/Eilat area was at Ashkelon from 26th, while a juvenile Bateleur was photographed over Kisra-Sumei on 31st and at least three Black Bush Robins were noted in the far south. 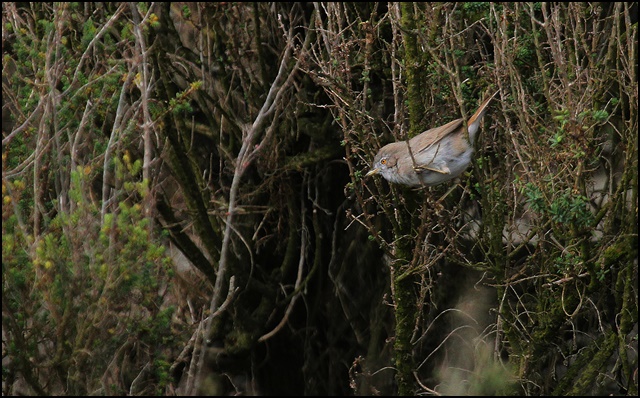 The Brown Shrike and Pygmy Cormorant were still in Catalonia, Spain, throughout the week, as were the Black-throated Accentor and Azure Tit in Finland. Last week's Dalmatian Pelican in Germany was still at Nieder-Mockstadt, Hessen, on 25th. 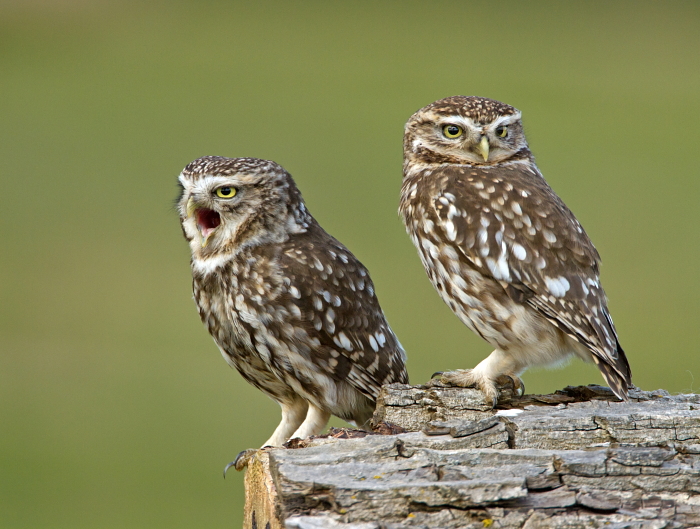 Paul Riddle's collection of Little Owl shots at his numbered sites around Leicestershire and Rutland will be familiar to Iris viewers, writes Steve Young, and his dedication to his surveys and discovering new sites is second to none.

Taking great images of one Little Owl would be good enough, but two together in an eye-catching pose, beautifully lit, with a nice background and with one bird calling, earns Paul a well-deserved Photo of the Week award.

Taken at 1/640th second at f6.3, using a 500mm lens and a 1.4× converter, Paul has managed to keep both birds sharp. Looks like Site 47 will be worth keeping an eye on during the coming months! Congratulations to Paul, who becomes the 12th POTW winner this year. 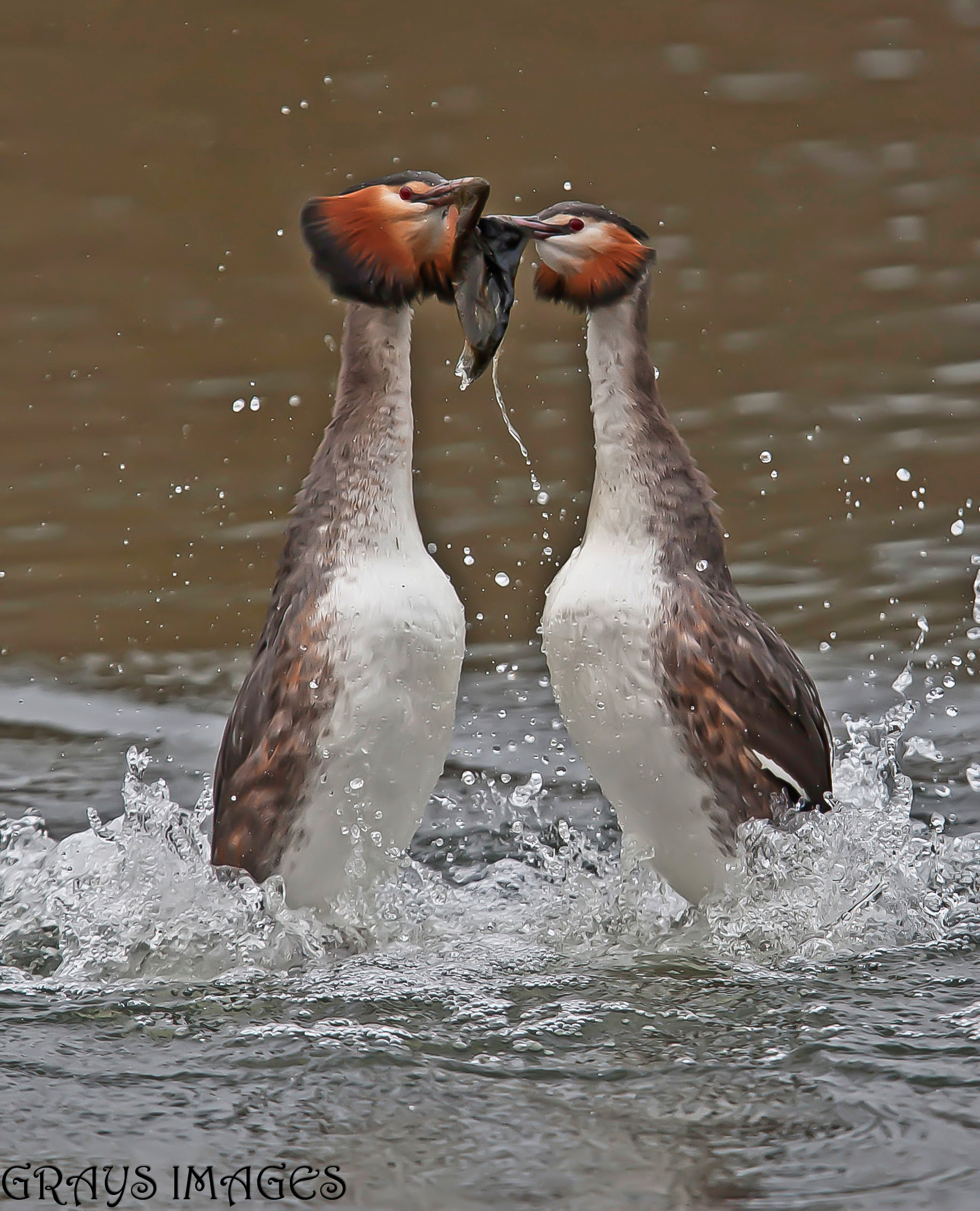 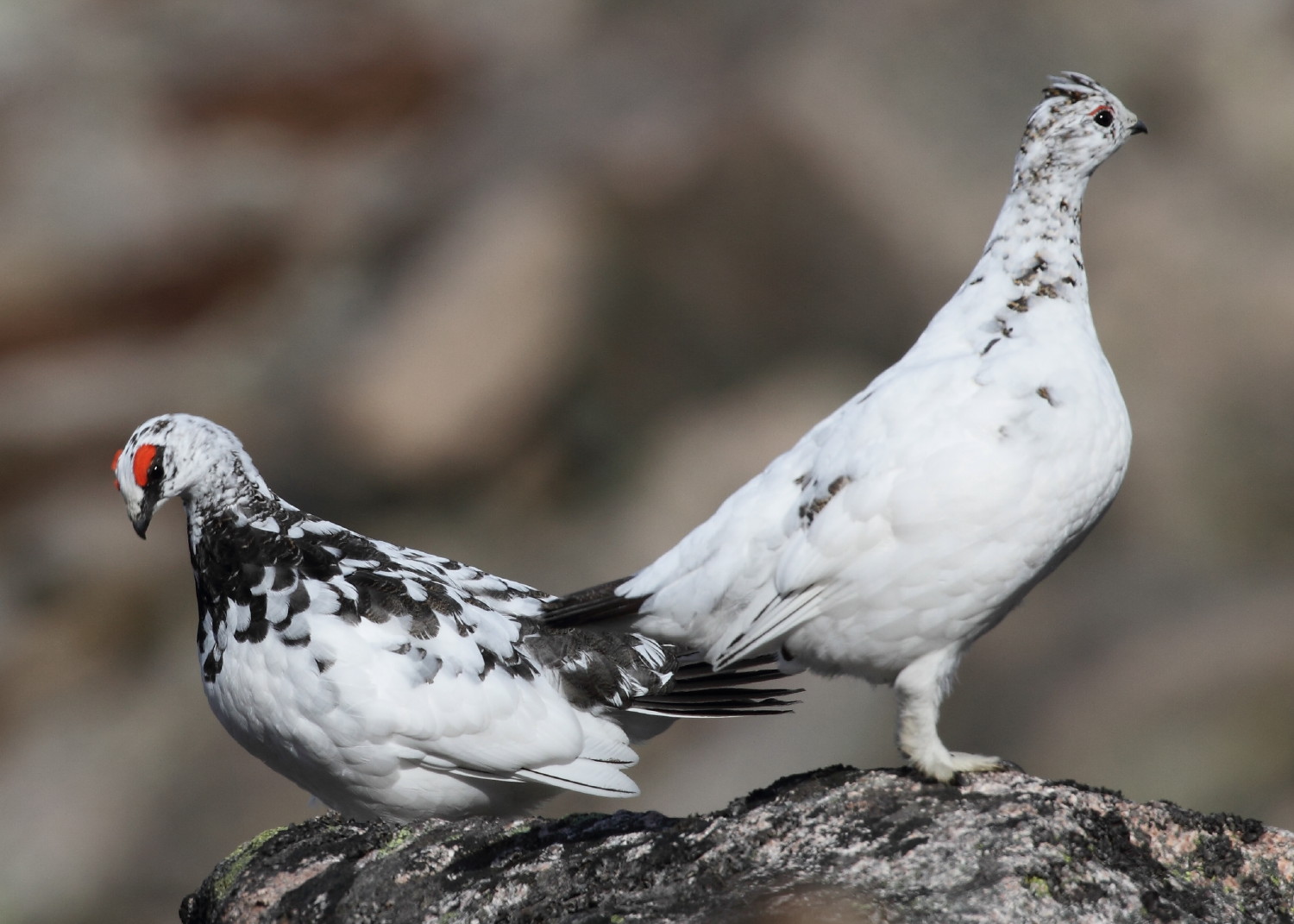 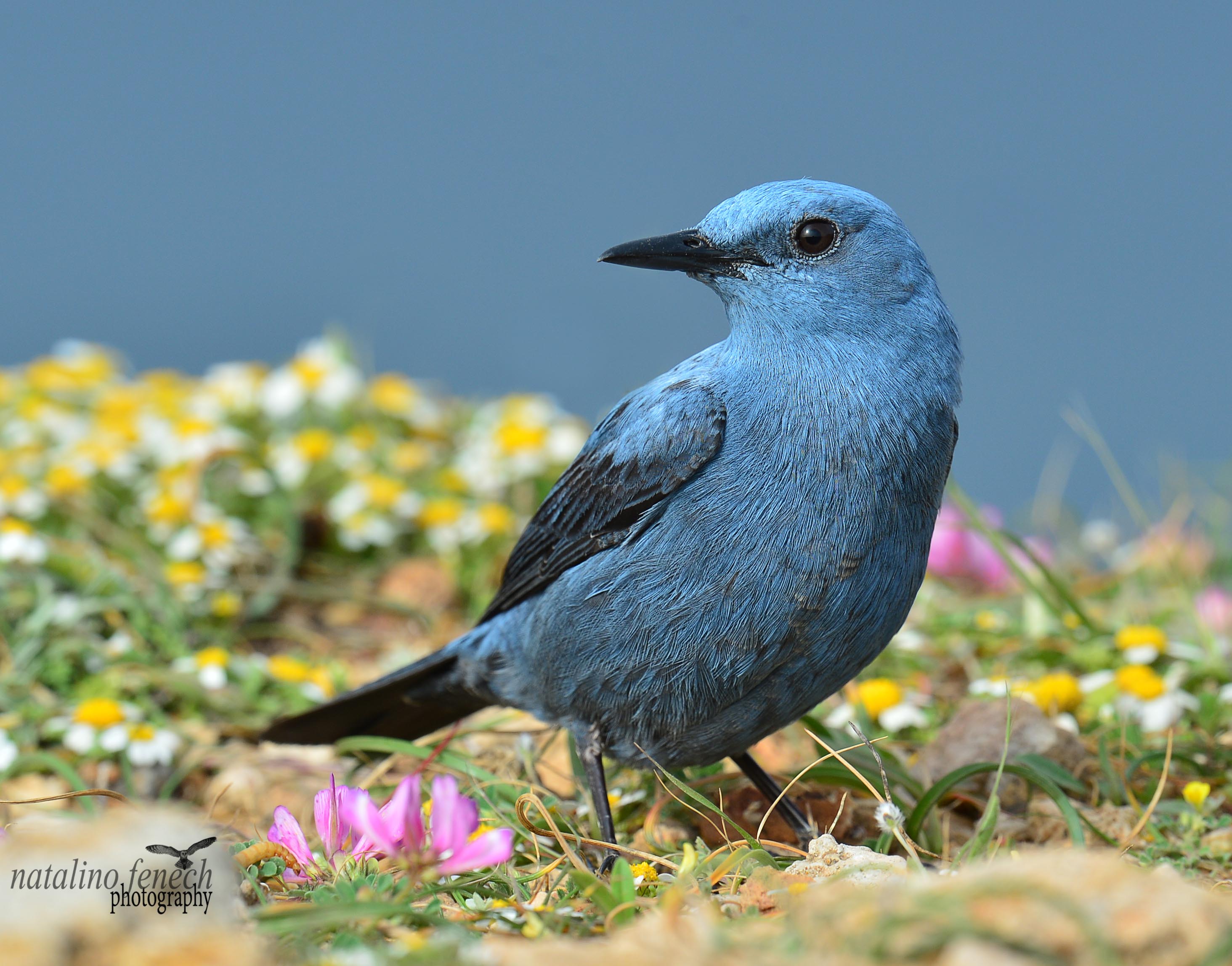 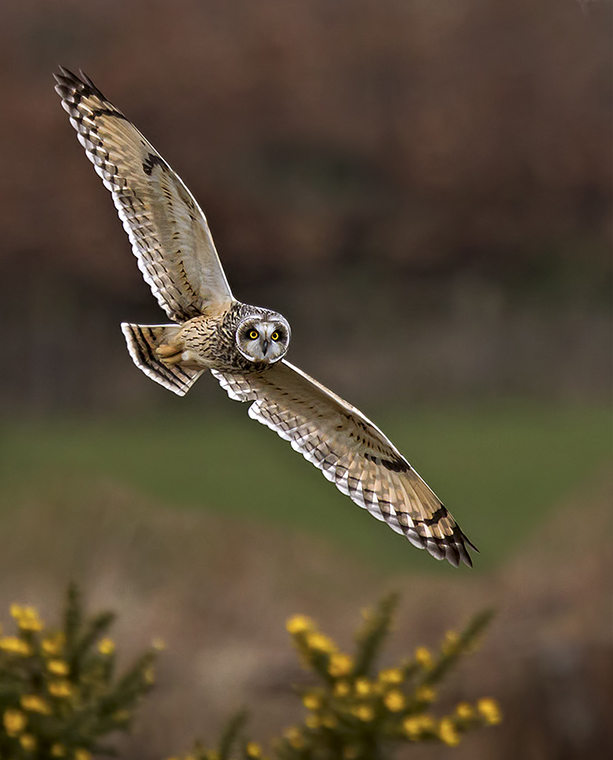 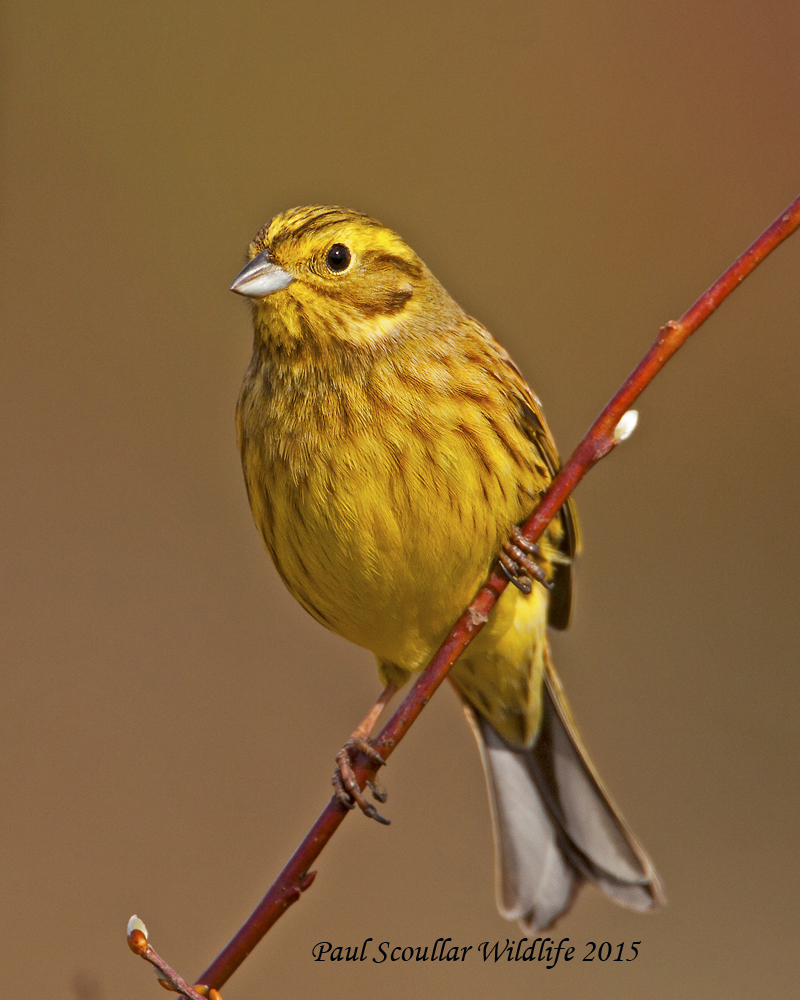 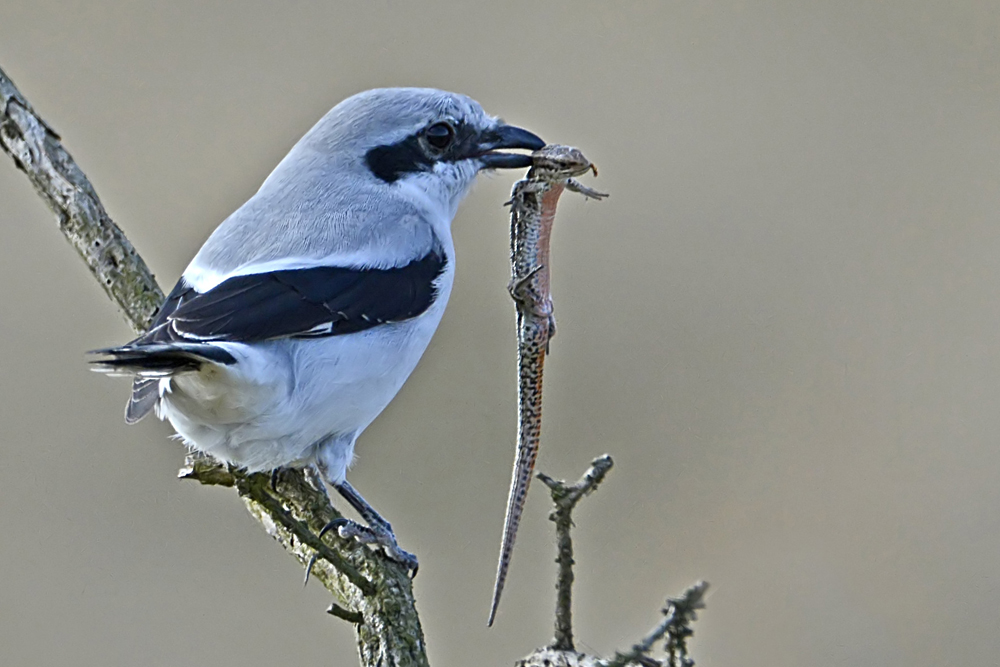 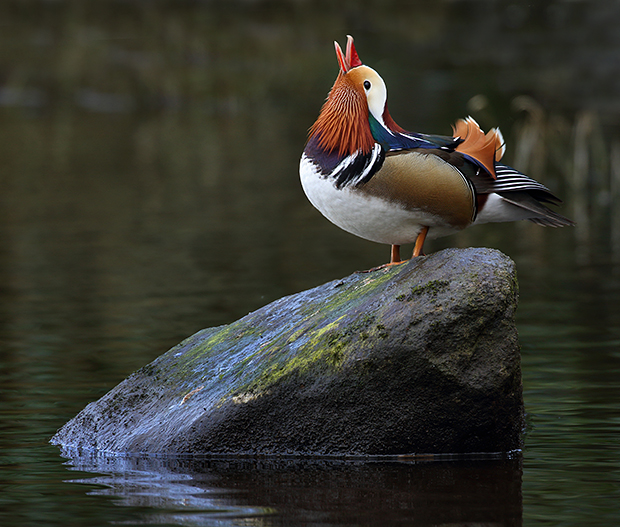 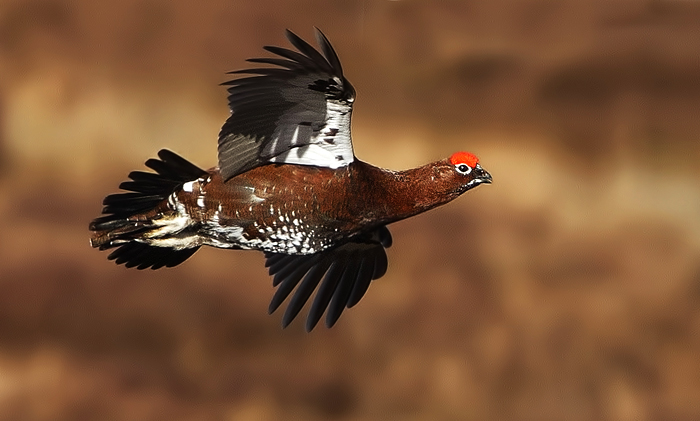 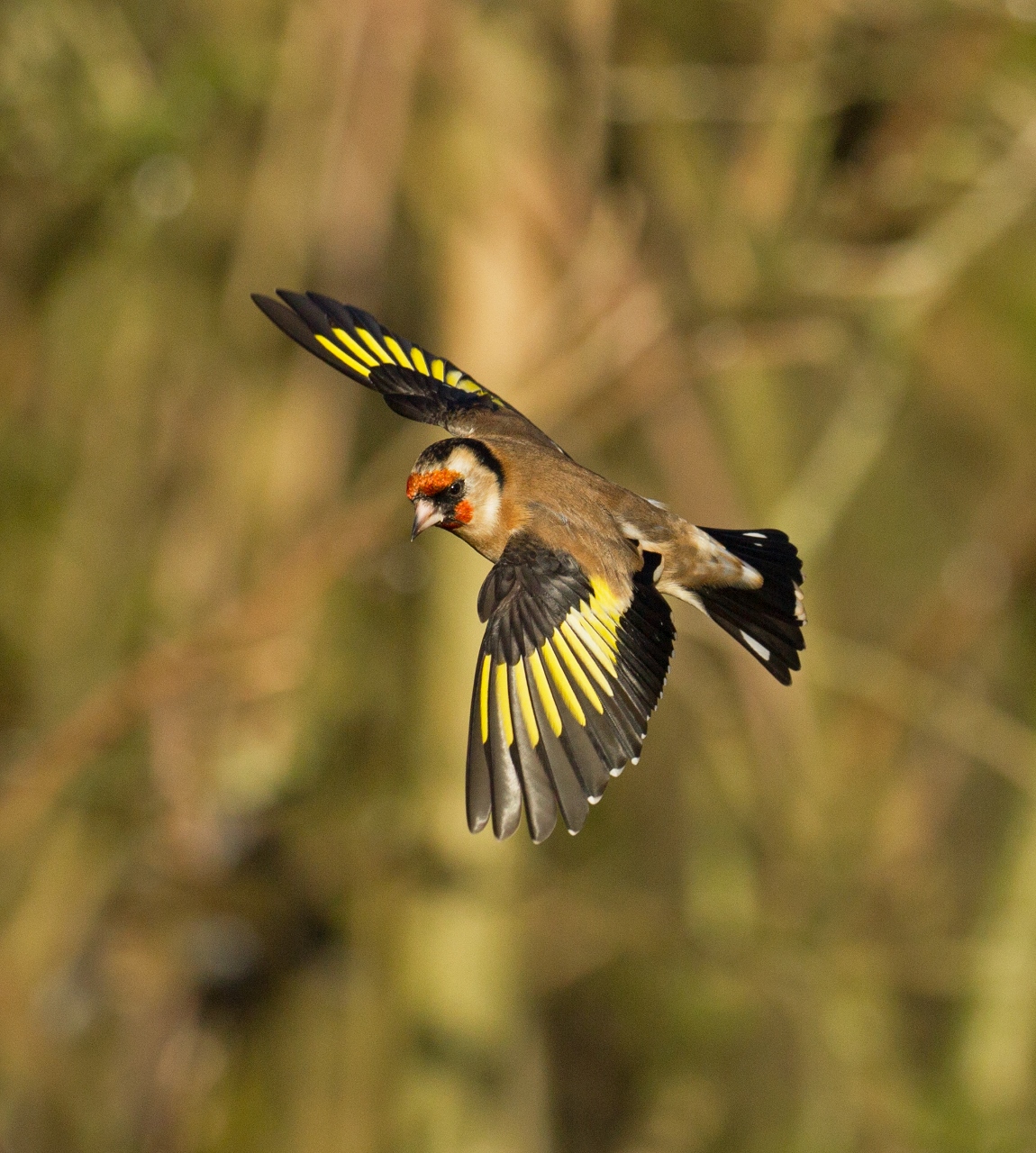 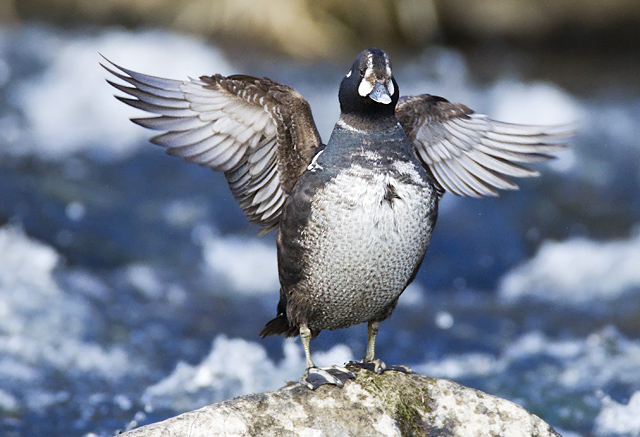 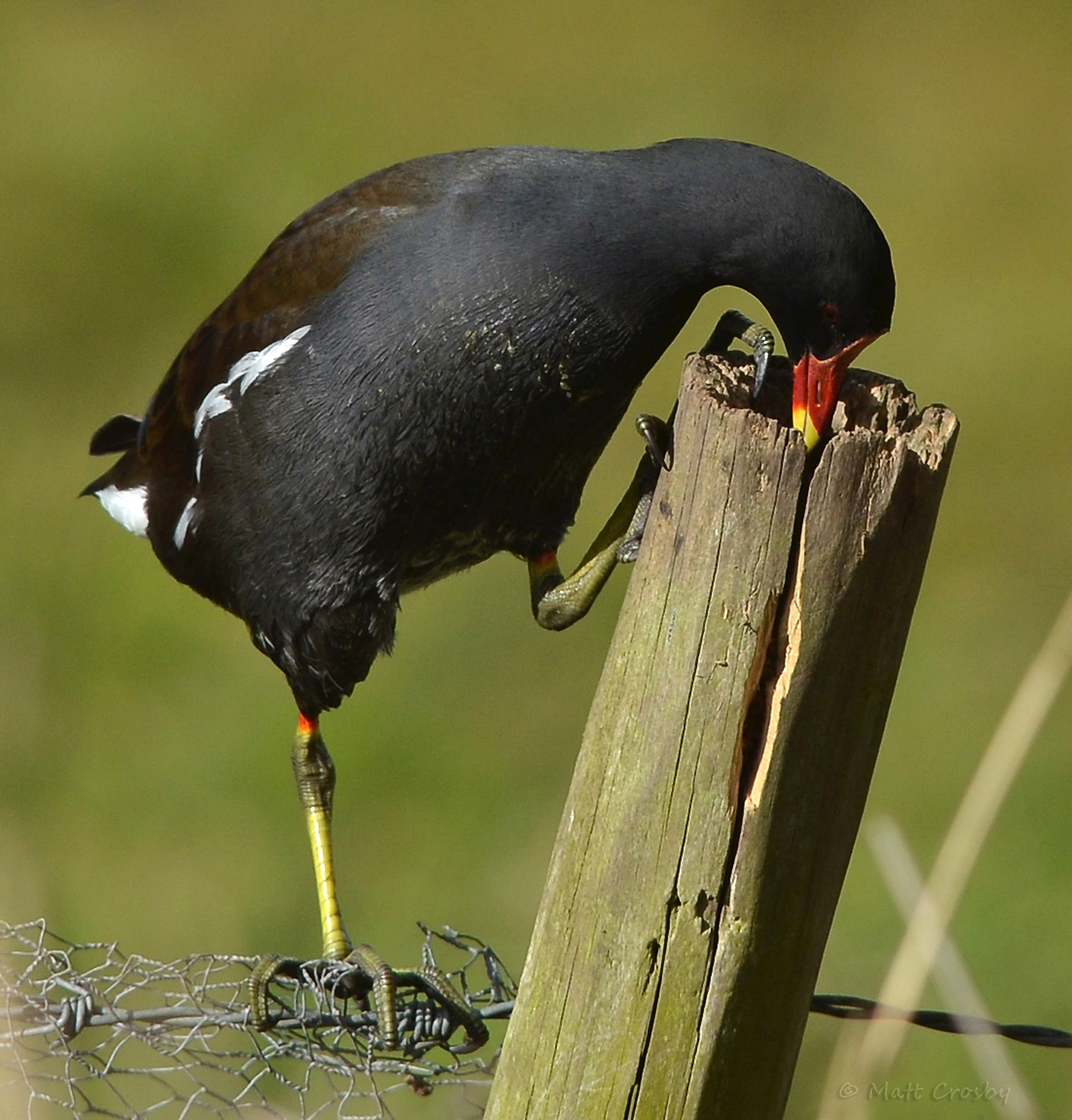 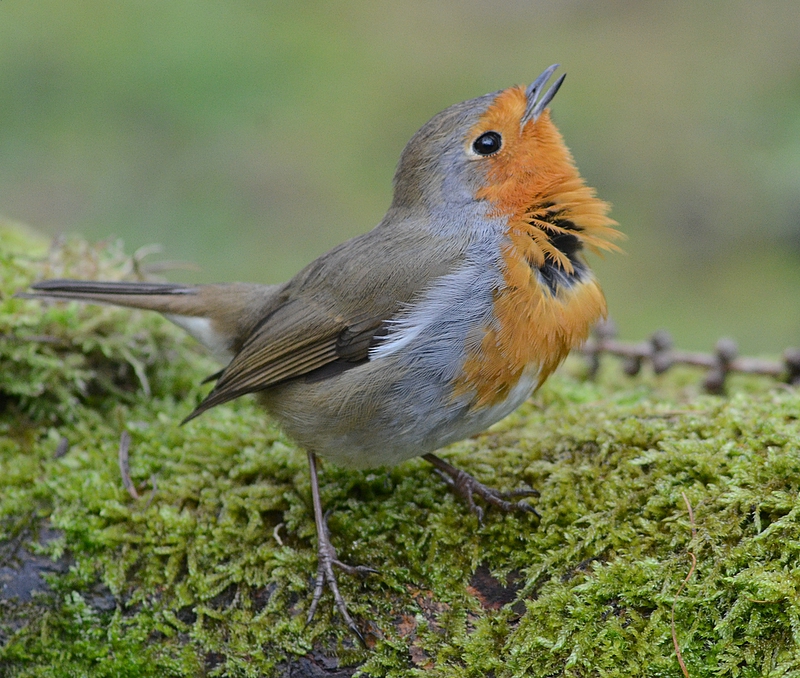 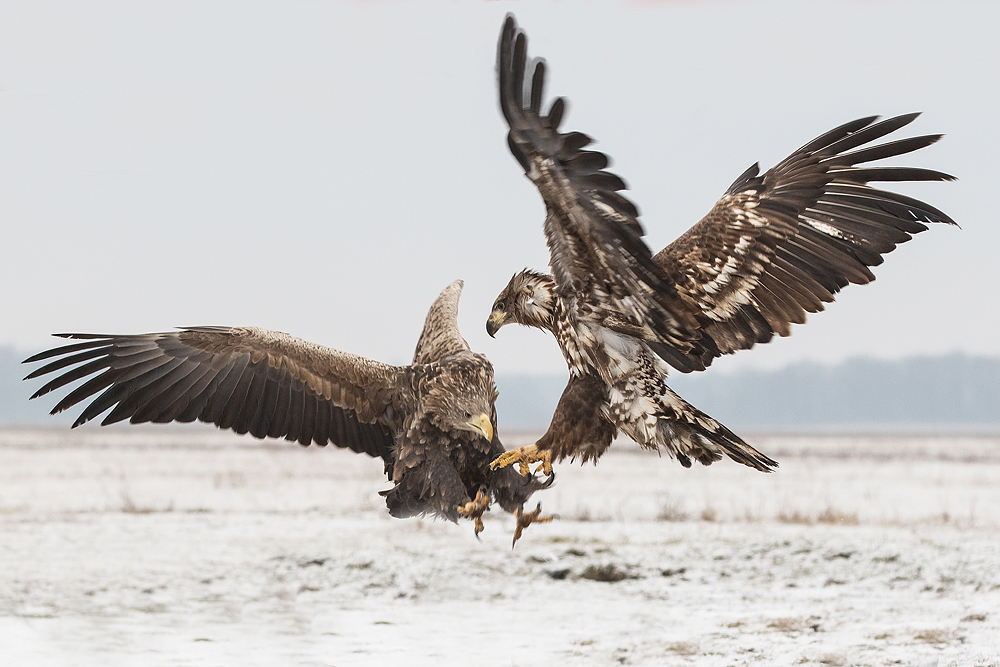 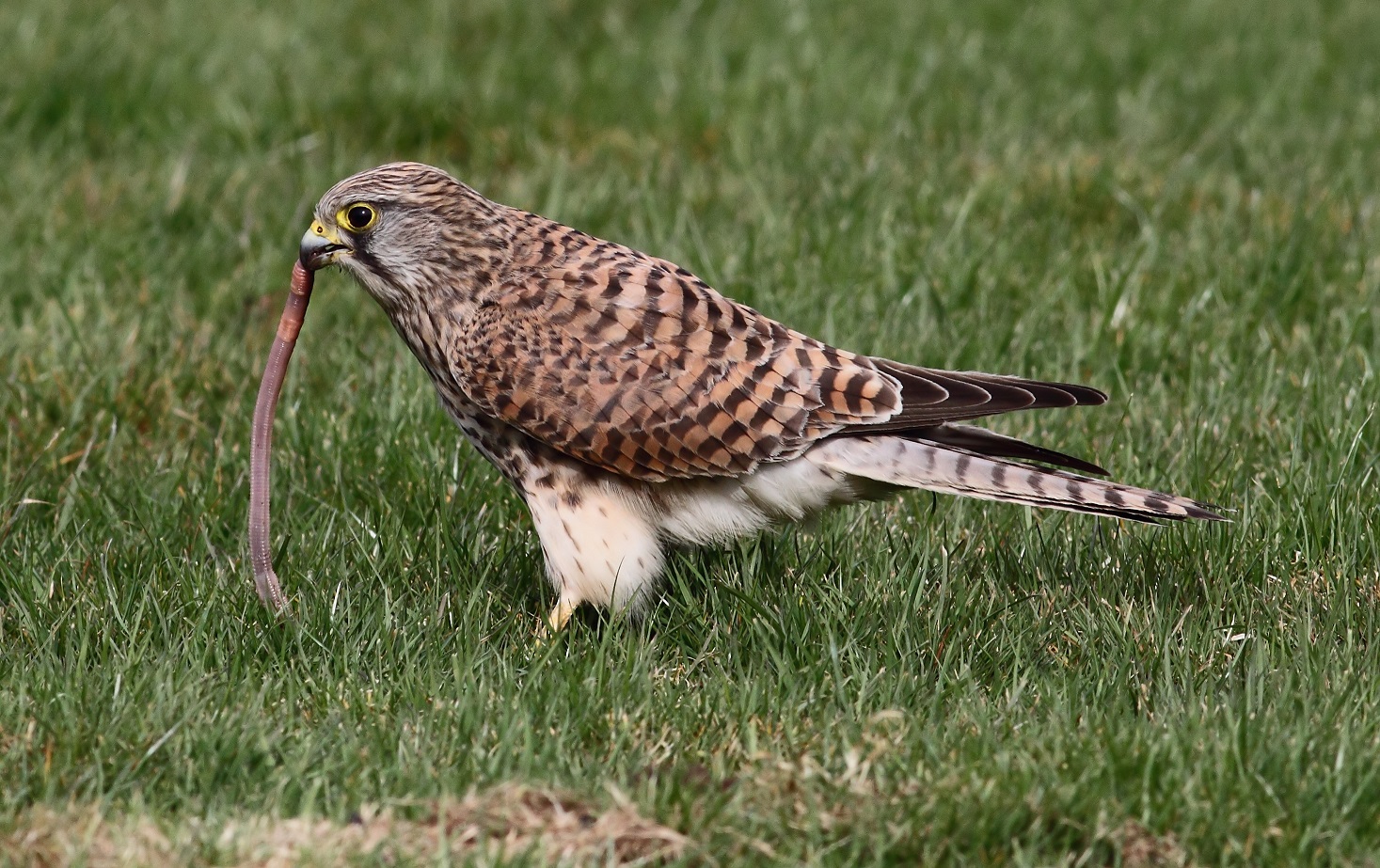