The pace of birding really has that 'end of spring' feel to it now. Migration has dwindled to a trickle of late-arriving breeders and much of the action now really concerns wayward individuals, including a decent scattering of scarcities and, as so often at this time of year, some genuinely exciting rarities.

Britain's sixth Two-barred Greenish Warbler was the rarest bird of the week. Found on Foula, Shetland, on 30th, it also represents the first-ever spring record of this Far Eastern taxon, which is currently considered a split from Greenish Warbler by the IOC.

A Eurasian Crag Martin briefly over the dam at Lake Vyrnwy, Powys, early afternoon on 25th would have been among many birders' highlights this week if it had been seen after the initial observation. Unfortunately the bird was as brief as other spring Crag Martins have been and, despite searching that afternoon, wasn't seen again. That said, the disappointment was likely rife only among local listers, given that two individuals have been gettable in recent years — particularly the 12-day bird in Chesterfield in November 2015.

Another tantalizing record concerned a female Lesser Kestrel identified from photographs taken on the Isle of Noss, Shetland, on 1 May. The separation of female Lesser from Common Kestrel is never straightforward and given the bird's apparently brief stay, few likely missed out on seeing it anyway. It's another great bird in what's been a cracking spring on Noss, which in mid-April also hosted a Hermit Thrush. Further late news involved a Dark-eyed Junco in a garden at Dolgellau, Gwynedd, on 12th — perhaps it might even have been the bird from Skomer a few days earlier? 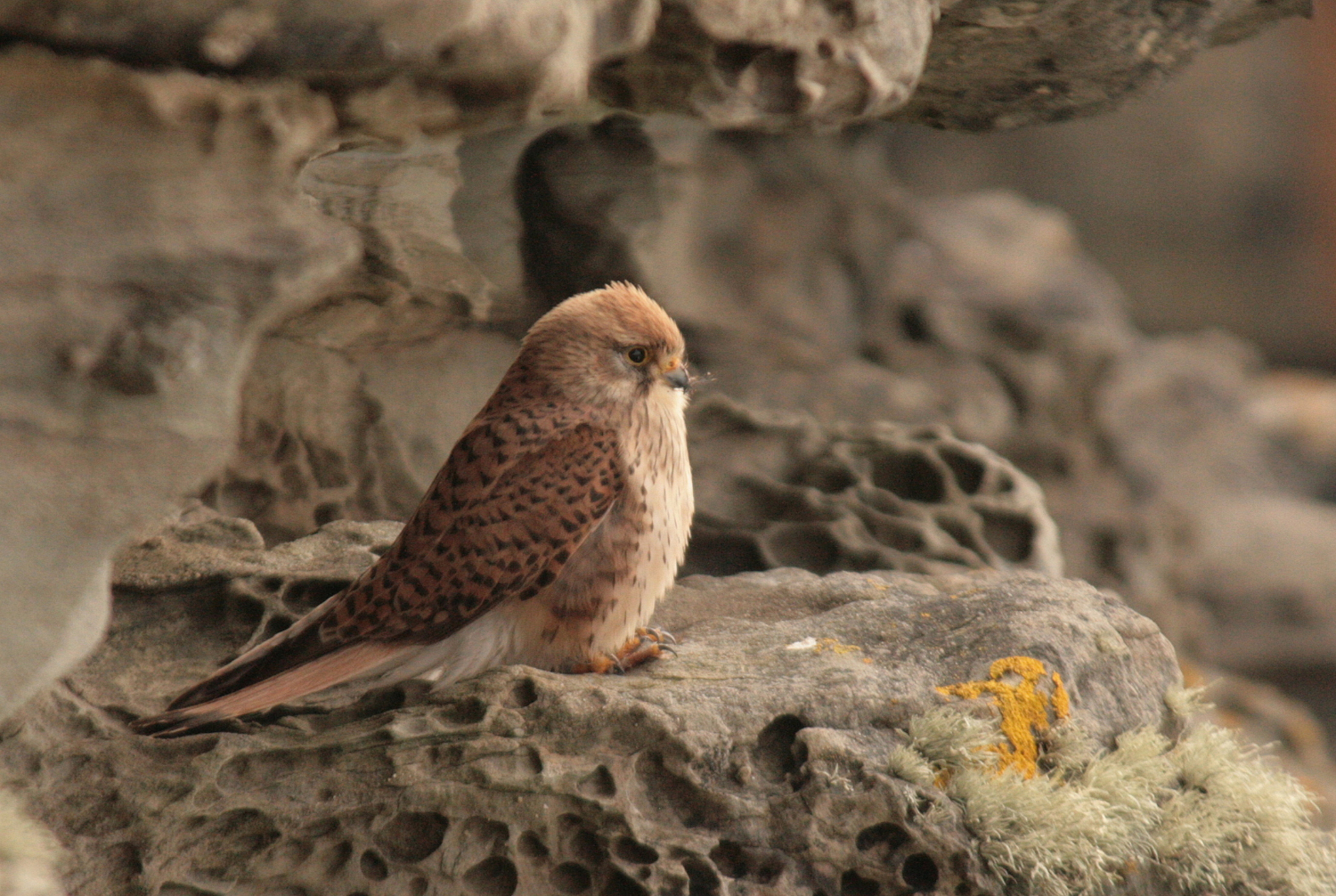 Elsewhere the American Royal Tern has returned to Guernsey — it was back at L'Ancresse Common on 25th. The Pied-billed Grebe also continued its lonely vigil at Loch Feorlin, Argyll.

The good spring for Red-footed Falcons continues with an amazing five seen at Spurn, East Yorks, on 27-28th, including four different individuals heading south on the latter date as part of a vintage migration watch at the famous site that also produced Alpine Swift and Red-rumped Swallow! One of the Spurn Red-foots (and the Alpine Swift) also went south past Gibraltar Point, Lincs, on 28th (with another there on 26th). In total 13 sites registered the species and while there may have been overlap among the individuals seen (particularly at east-coast sites), there were clearly plenty about country-wide. Other twitchable birds included a female at Ham Wall, Somerset, from 28th, St Mary's, Scilly, on 25-26th and King's Fleet, Suffolk, on 26-27th. 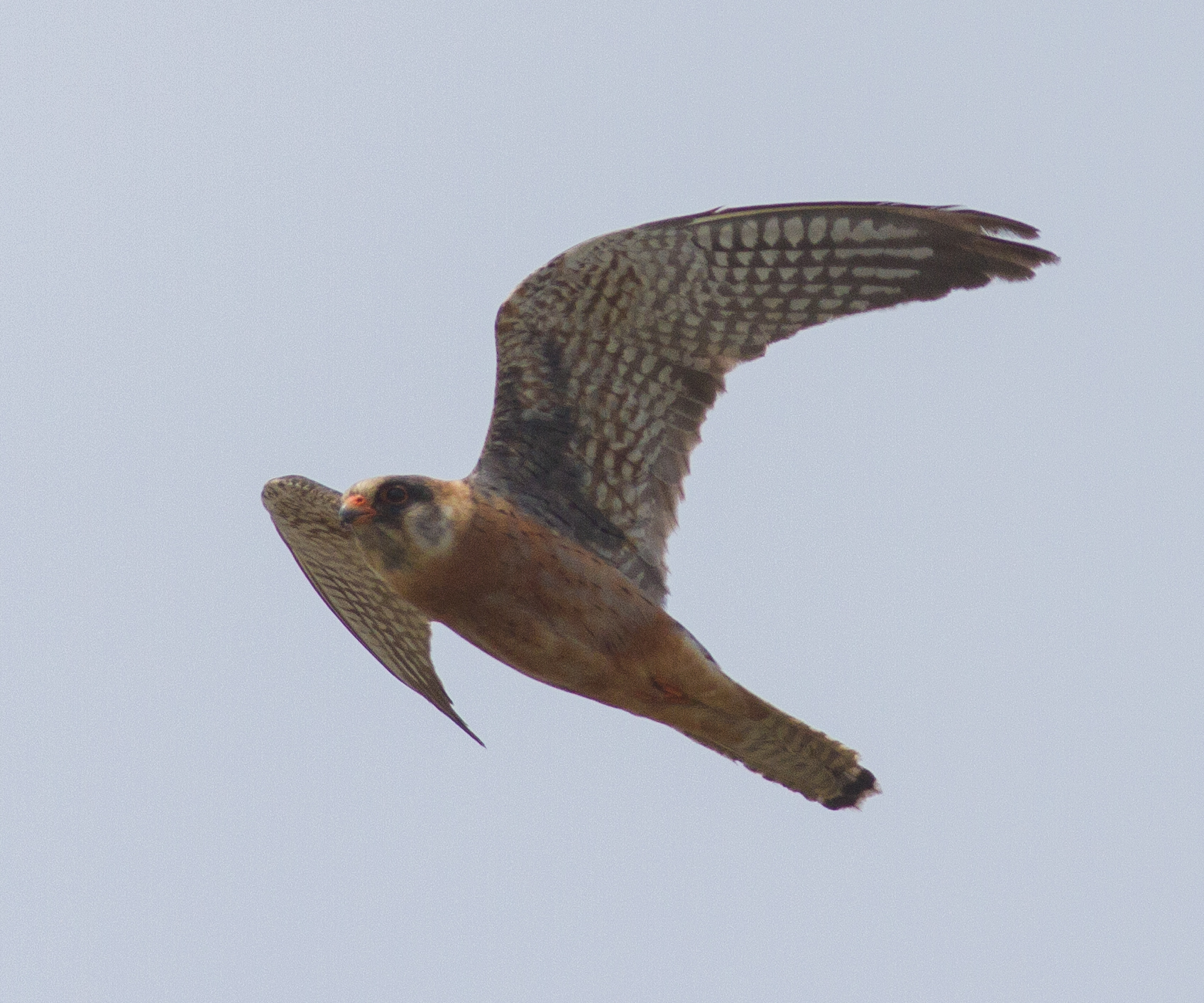 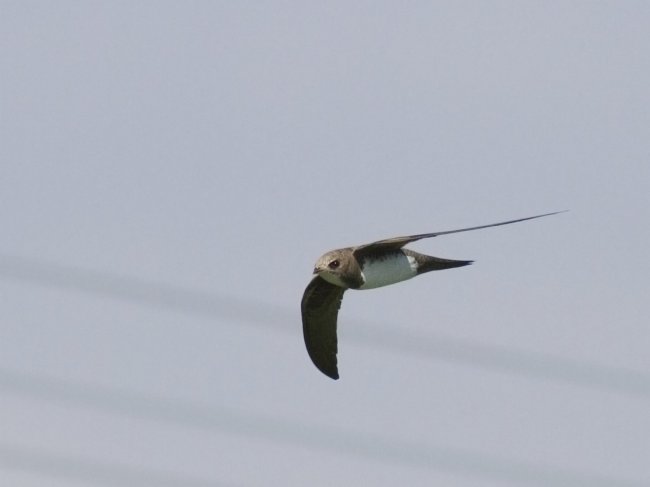 A small arrival of Red-backed Shrikes saw birds dotted widely across Britain, including records from the likes of Kent, Devon, Anglesey and both Orkney and Shetland, totalling just into double figures. However, just one each of Icterine Warbler (at Winterton Dunes, Norfolk, on 29th) and Melodious Warbler (Nanjizal, Cornwall, on 26th) were seen. Just a handful of Bluethroats were noted, though these did include a gorgeous male trapped on Skokholm, Pembs, on 27th which showed an all-blue throat reminiscent of the Spanish breeding population and the Caucasian form magna. Two Red-breasted Flycatchers reached Shetland, one Orkney and others at Calf of Man, IOM, on 24th and Flamborough Head, East Yorks, on 27th. Calf of Man also claimed one of three Greenish Warblers seen this week on 29th, the others being on the Saltee Islands, Co Wexford, on 28-29th and at Blakeney Point, Norfolk, on 29-30th. All Common Rosefinch records came from Scotland and included up to three at Sumburgh, Shetland, on 28th and others in Fife and Aberdeenshire. 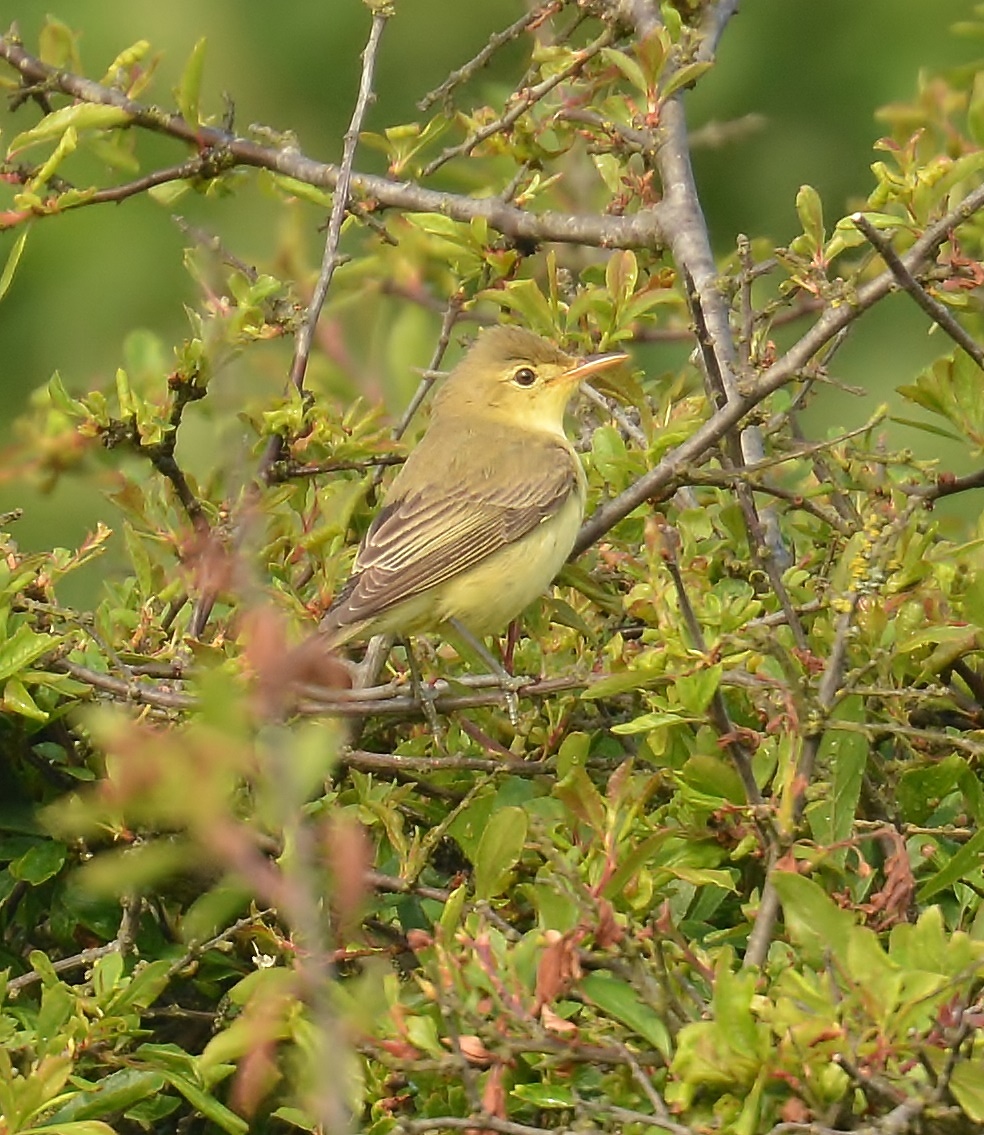 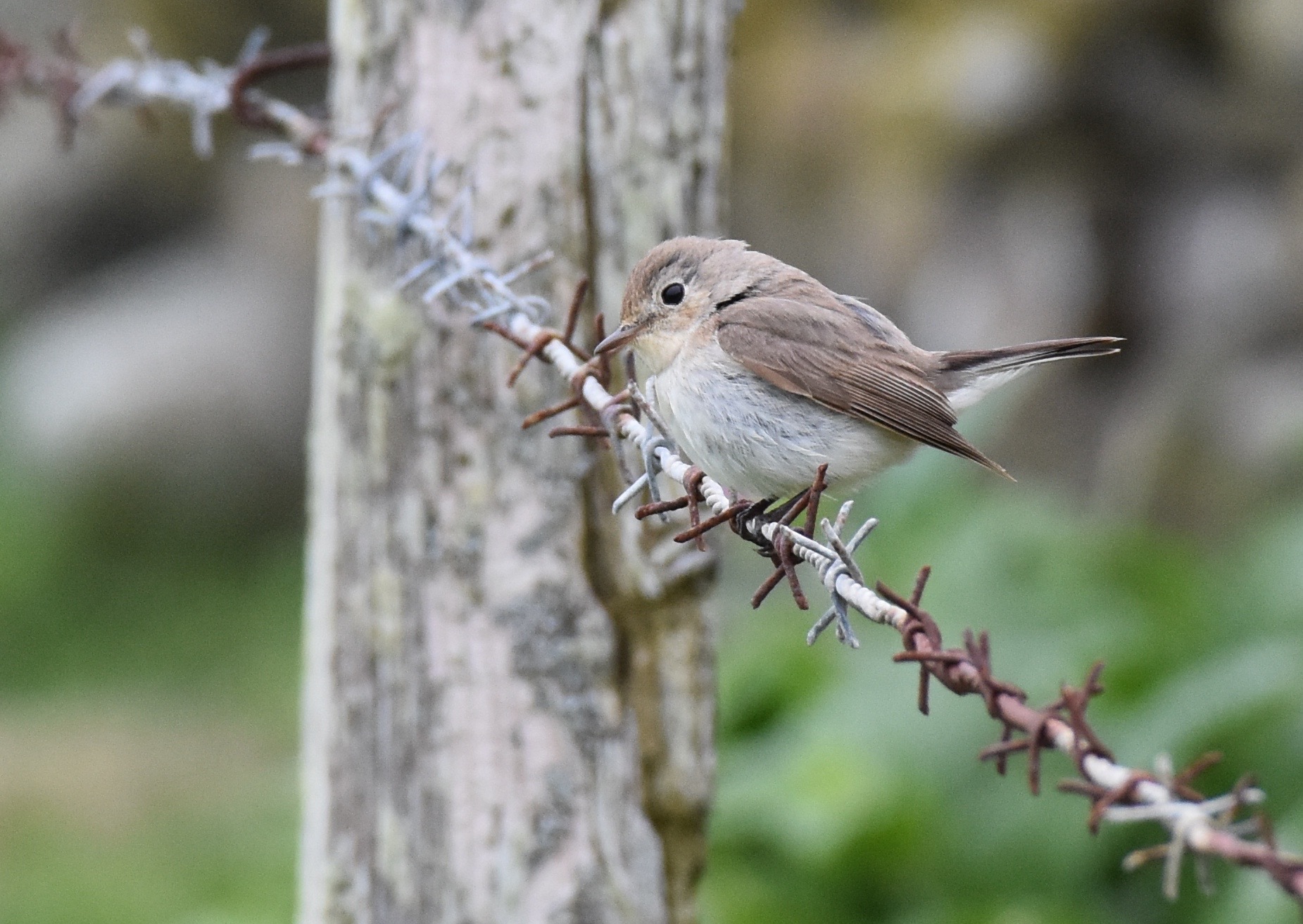 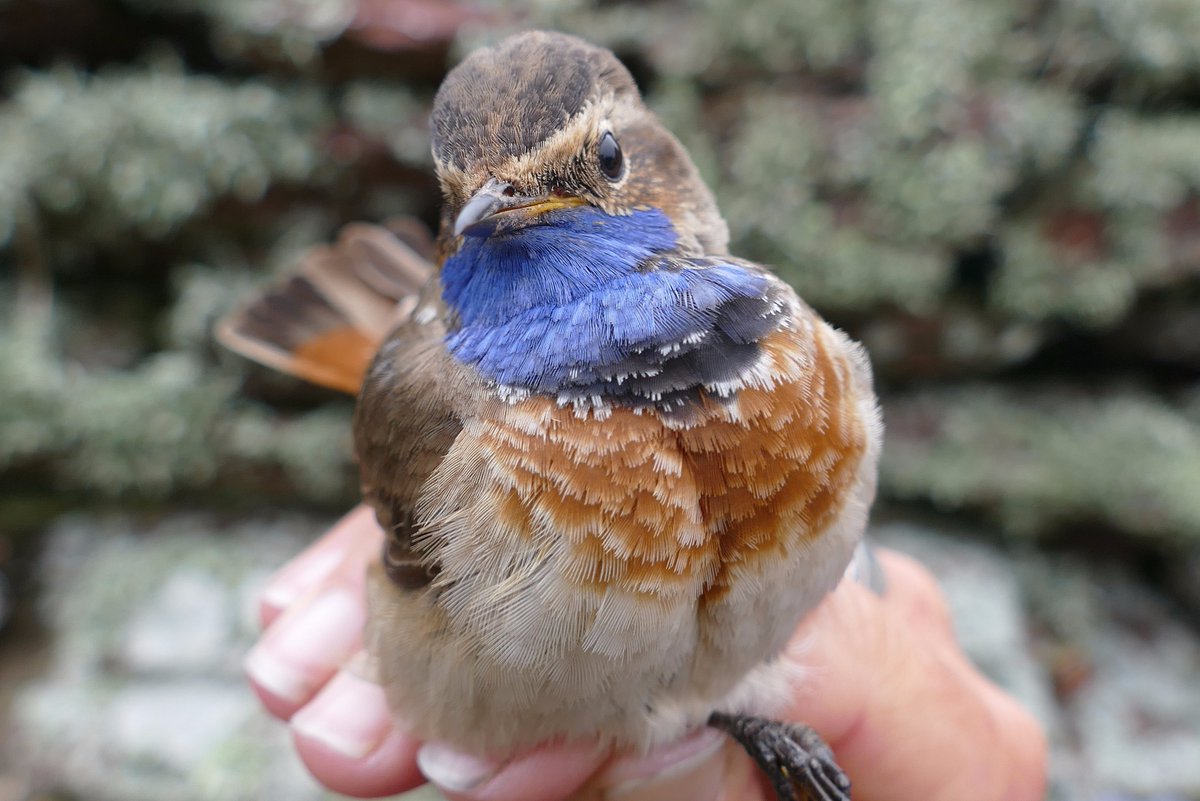 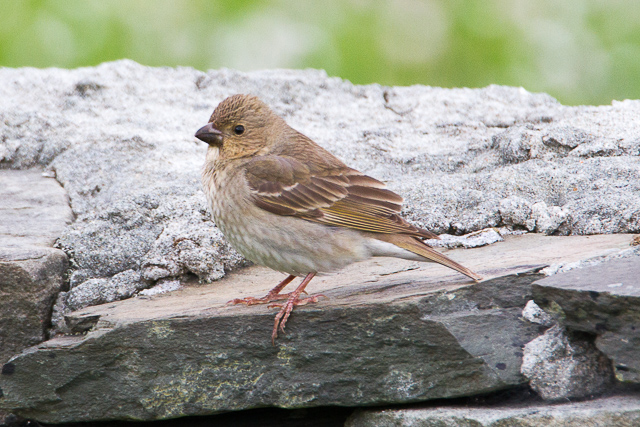 One of the most well-watched birds of the week was the Marsh Warbler at Lakenheath Fen, Suffolk, which sang throughout. Others advertised themselves at Bawdsey, Suffolk, on 27th and St Catherine's Point, IOW, on 29th. Savi's Warblers remained in song at Minsmere, Suffolk, and Hickling Broad, Norfolk, while a Great Reed Warbler was seen briefly at Cley, Norfolk, on 27th and a male Eastern Subalpine Warbler graced Fair Isle on 30th. 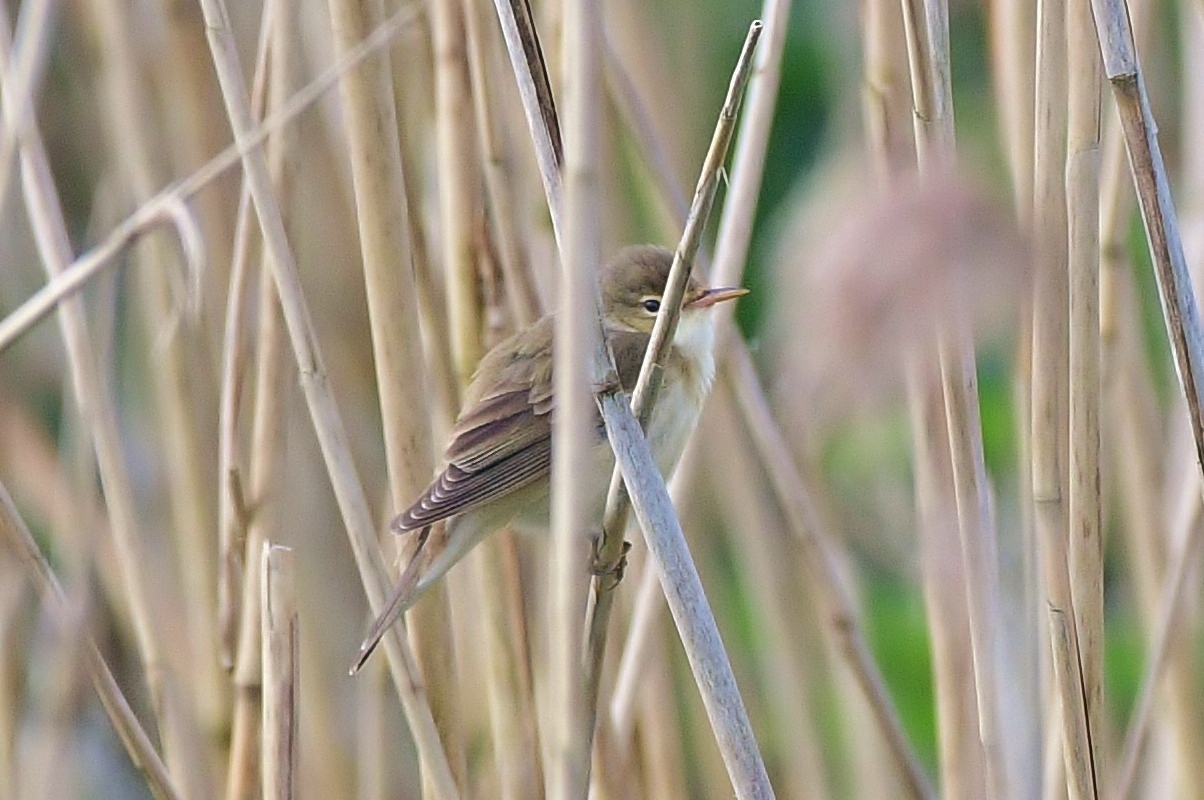 The Red-throated Pipit remained on Fair Isle to 26th, the island also hosting one of only two Grey-headed Wagtails seen this week (the other was at Blakeney, Norfolk) and the only Rustic Bunting (a male on 26-27th). A Short-toed Lark was still on Fetlar, Shetland, on 28th. Red-rumped Swallows were seen on Scilly, in Suffolk, Devon and, perhaps most significantly, on Tiree, Argyll, where there was one on 24th. Golden Orioles were at seven sites and European Serins at two, including one in off the sea at Dungeness, Kent, on 27th. A Woodchat Shrike was on Lundy, Devon, on 25th with another at Mey, Highland, on 28th. Meanwhile, back at Spurn, a Pallid Swift flew through on 26th. An Alpine Swift was at Dungeness, Kent, on 30th with a Richard's Pipit at Rattray Head, Aberdeenshire, the same day. 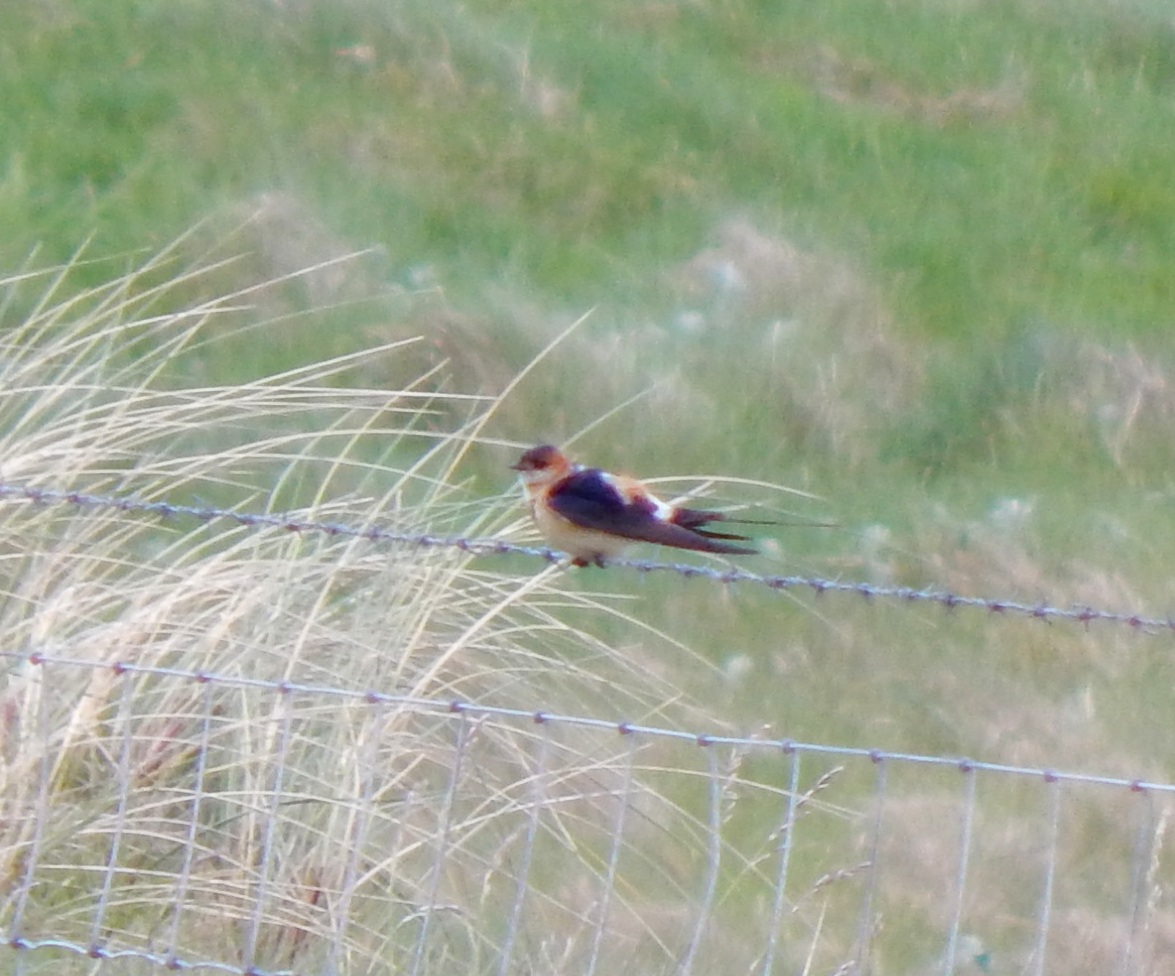 Shorebirds included the delightful Spotted Sandpiper still at Buttermere, Cumbria, to at least 29th and two Pectoral Sandpipers at Lough Beg, Co Londonderry, from 25-28th, as well as a pristine American Golden Plover at the Gann Estuary, Pembs, from 27-30th. A special bird for west Wales (and a very rare bird in spring these days) was a Great Snipe, present at Borth Bog, Ceredigion, on 29-30th. Temminck's Stints were at six sites while the Red-necked Phalarope spent all week at Grindon Lough, Northumberland, and another briefly visited Frampton Marsh, Lincs, on 30th. A male Kentish Plover visited Pagham Harbour, West Sussex, on 26th and a single Black-winged Stilt called in at Lakenheath Fen, Suffolk, on 25th. 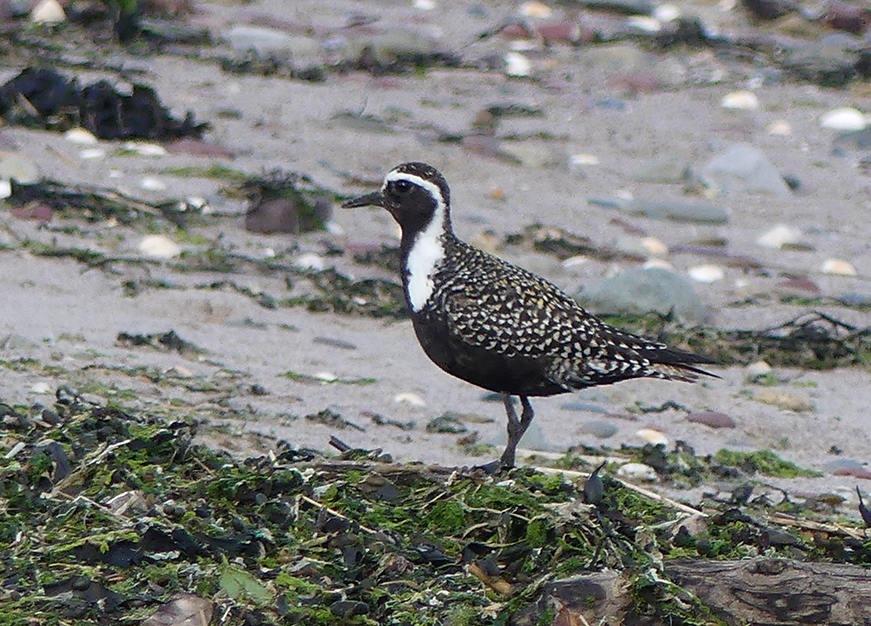 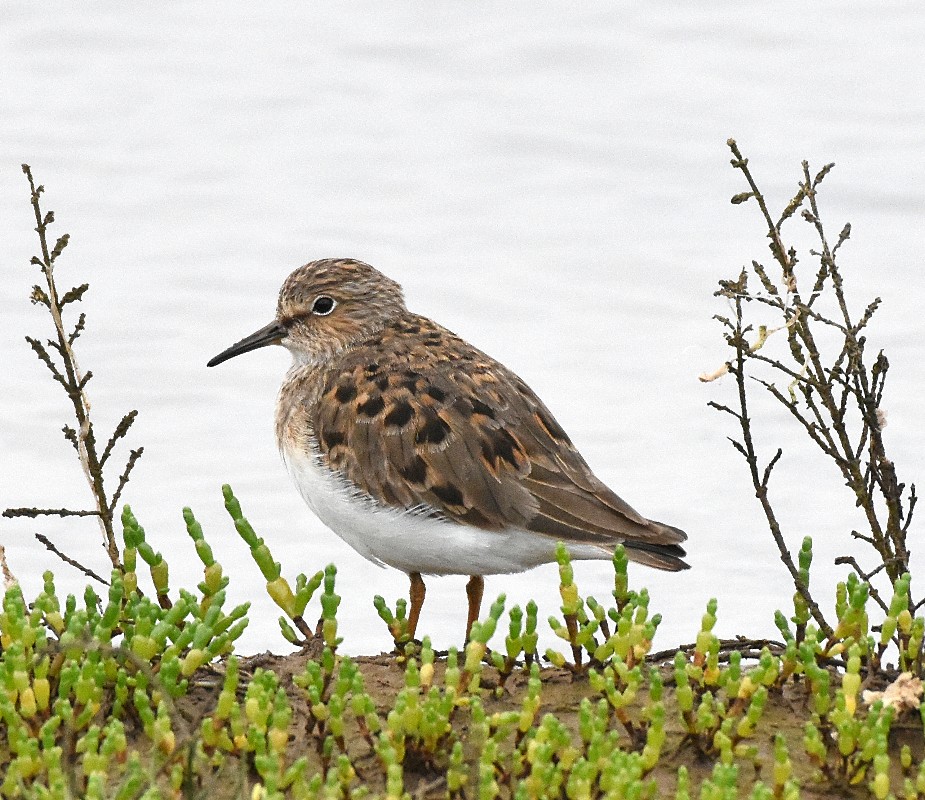 Last week's first-summer White-winged Black Tern remained at Staines Reservoirs, Surrey, to 24th, offering birders a rare chance to study this plumage in Britain. An altogether more typical looking bird was the summer-plumaged adult at Rutland Water on 26th. A Gull-billed Tern was at Steart WWT, Somerset, on 30th. First-summer Ring-billed Gulls remained on Shetland and in Ceredigion. 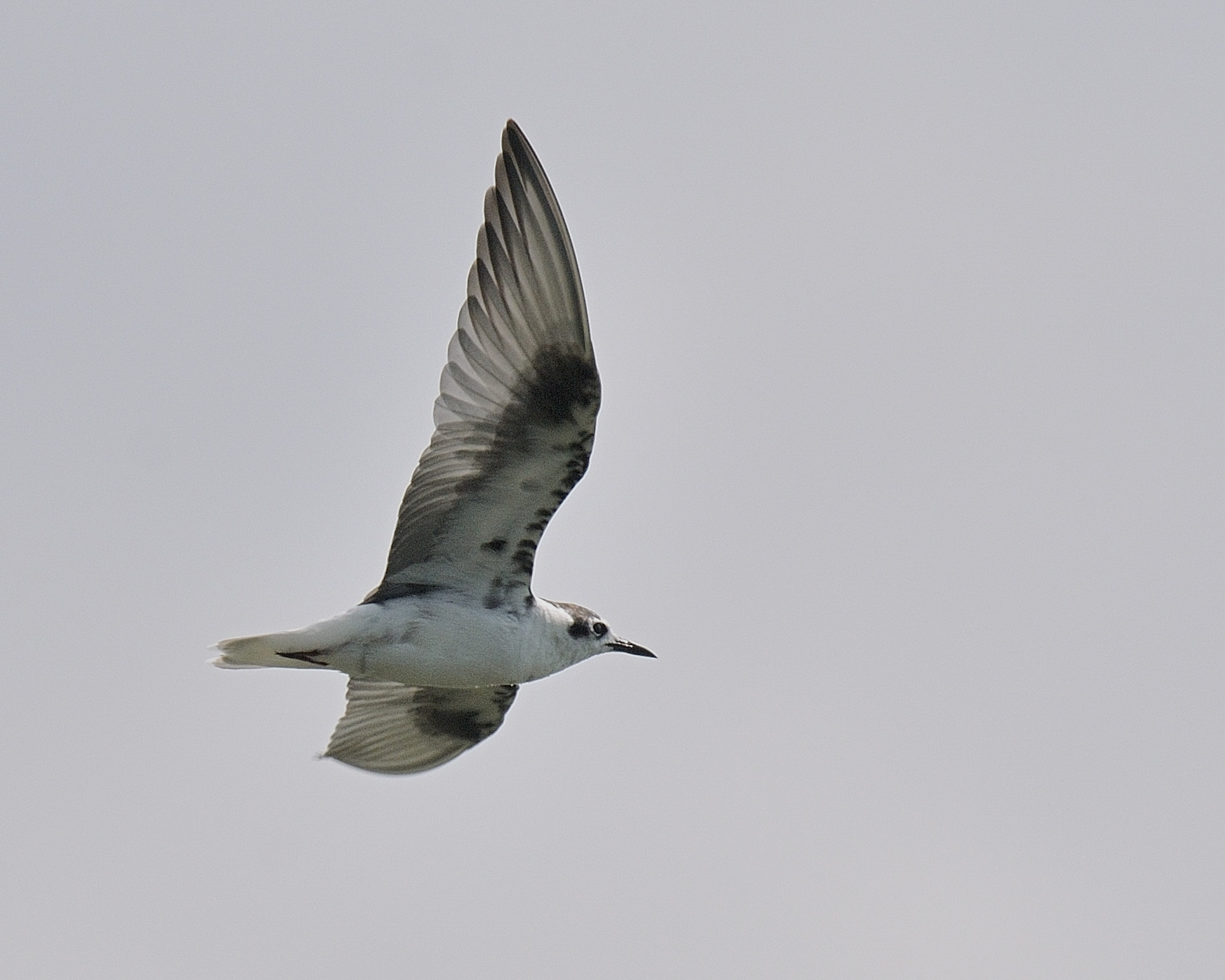 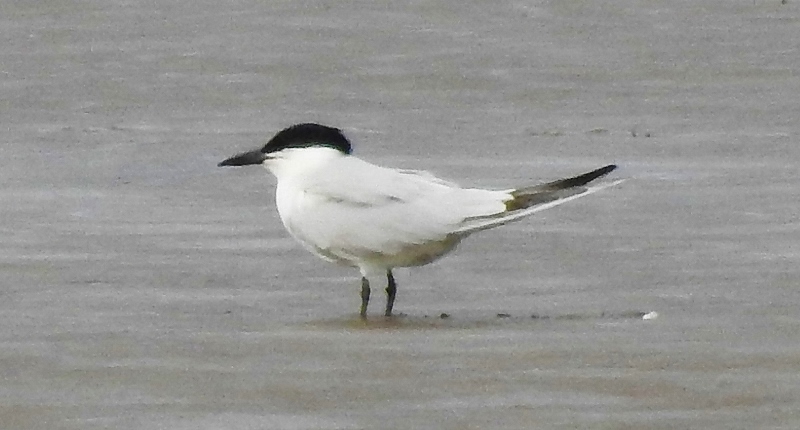 The Black Stork over Gibraltar Point, Lincs, on 28th could well be the bird that has been seen sporadically at various sites in Ireland and Scotland over the past month. Two White Storks over St Mary's, Scilly, on 24th were presumably those seen over Locks Heath, Hants, two days later. The Night Heron remained in Shrewsbury, Shrops, all week and at least two were on St Mary's. Cattle Egrets were at 17 sites and included a chick in the nest at Burton Mere Wetlands, Cheshire. A Glossy Ibis at Nether Blainsie, Borders, on 24th might well have been that found at a private site near Forfar, Angus/Dundee, from 25th onwards. Elsewhere birds lingered in Somerset and Northamptonshire.

The White-tailed Eagle was noted a couple of times in Norfolk this week: over Ridlington on 26th and then at Holt Country Park on 29th. Elsewhere an adult flew over Criccieth, Gwynedd, on 26th. As they tend to do at this time of year, Red Kites began to move about in big numbers and among these there were 18 reports of Black Kites, including two with 12 Reds at Crowlas, Cornwall, on 25th. Highest Red Kite counts included 50 over Sancreed, Cornwall, and 43 over Exmouth, Devon, both on 25th; meanwhile on the east coast 29 flew south over Gibraltar Point, Lincs, on 28th. There was a report of a Snowy Owl in a field near St Just, Cornwall, for its second day on 29th.

A White-billed Diver was off Sanday, Orkney, on 24th with another off South Ronaldsay on 27th. Orkney also claimed both the week's Surf Scoters, with a drake past North Ronaldsay, Orkney, on 25th and a female off Burray on 29th. Drake King Eiders continued off Whiteness Head, Highland, and at Ythan Estuary, Aberdeenshire. A drake Ring-necked Duck remained at Loch Cul Dromannan, Highland, on 25th, while a drake Lesser Scaup was found at Loch of Skene, Aberdeenshire, on 23rd and lingered into the following day.

A quite sensational record was Europe's second Black Heron, found along the shore at Porto Cesareo, Apulia, Italy, on 25th and still present on at least 28th. 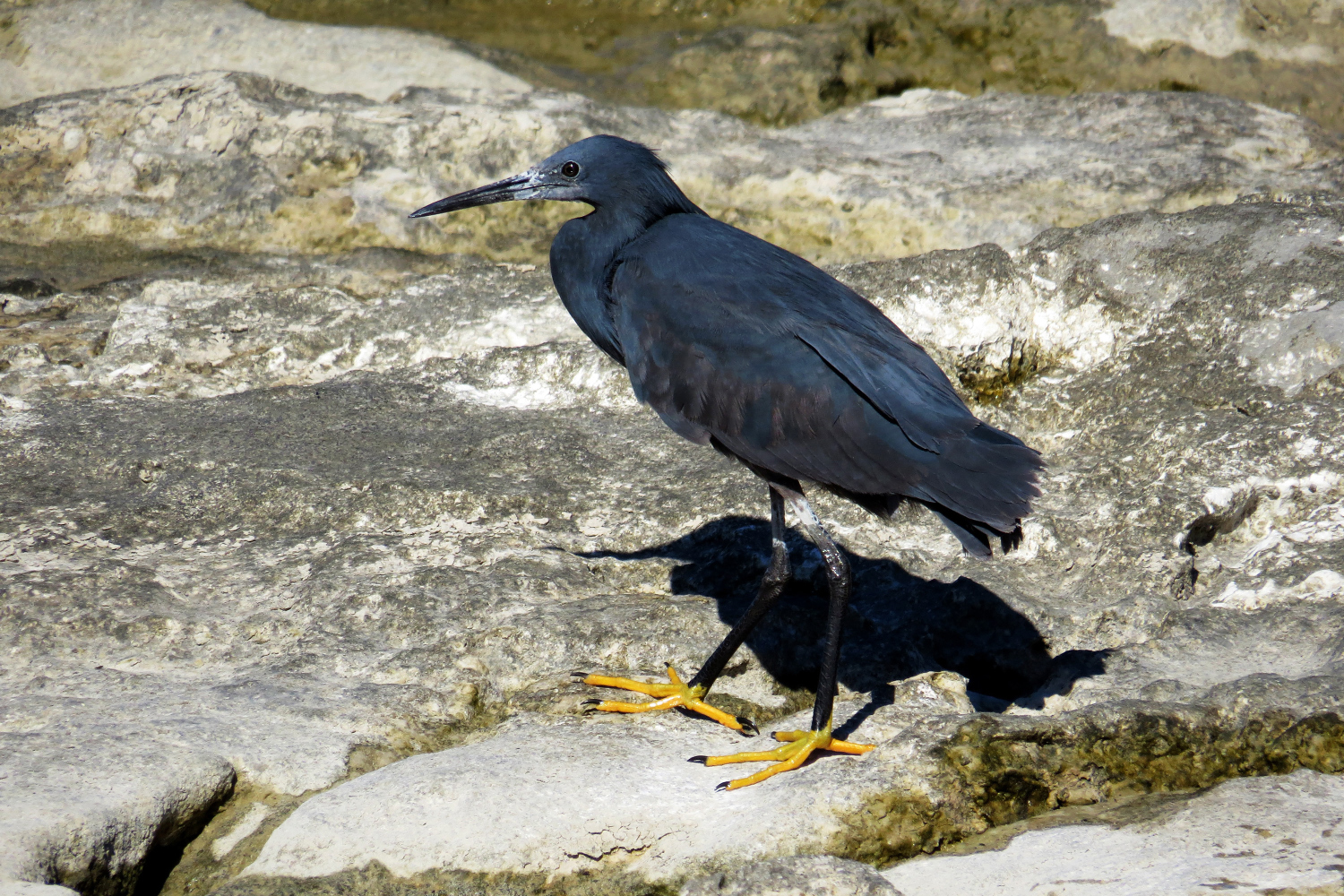 A male Amur Falcon was found in Northern Dobrogea, Romania, on 27th and was still there on 29th, apparently among a Red-footed Falcon colony. Armenia's first Namaqua Dove was at Lake Sevan on 30th, with Poland's second Black-winged Kite at Zamosc that day.

Last week's immature Lammergeier in Denmark had reached Jönköping, Sweden, by 22-23rd; what could feasibly be the same bird was then near Alkmaar, Netherlands, on 30th, though it was seen to be wearing a metal ring which identified it as a bird released in the Austrian Alps last summer. A quite astonishing congregation of 96 Eurasian Griffon Vultures was also on the move around Belgium on 28th. Other notable records included a Turkestan Shrike at Utlängan, Sweden, on 30th and the Black-browed Albatross again at Sylt, Germany, over the weekend as well as the continuing Cream-coloured Courser at Punta Spano, Corsica, on 28th.

An Audouin's Gull was at a landfill site near Charny, France, on 24th, this being the same site that hosted the Vega Gull at the back end of last year. A Trumpeter Finch was on Ile d'Yeu, Vendée, on 25th. In Portugal, an adult Yellow-billed Stork was at Barragem do Alamos, although it's a strong possibility that it's an escape. No such problems with the immature Pink-backed Pelican at Yeruham, Israel, though — this, the 10th for the country, was found on 30th. 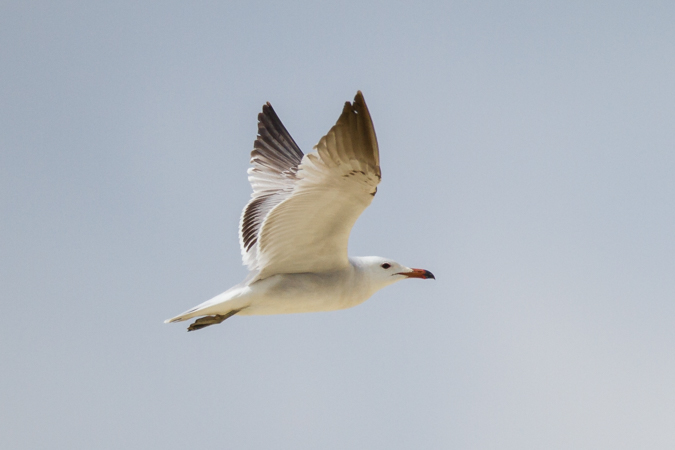