The finest discovery of the week was made amid the lazing gulls on the hallowed scrape at Minsmere, Suffolk, on 27th. The bird in question — an adult Thayer's Gull — underwent a refreshingly prompt and decisive transition from 'possible' to pukka adult thanks to its flawless set of features, not least the wing pattern. The bird sparked increasing interest because, like the 2010 Essex bird, no-one could find anything wrong with it, particularly its rather convenient choice of stopover location. Fortunately, it stayed put till 17:45 that evening and made a couple of subsequent appearances the next day, giving enthusiasts a rare opportunity to study this enigmatic taxon in Britain. Similarly significant and anticipated was a colour-ringed apparent Baltic Gull on the lagoons by the A5 at Shawell, Leics, on 26th; J727 was ringed as a chick in Nordland, Norway, in the summer of 2006 and it has been sighted several times since in its natal colony. The ongoing presence of the adult Glaucous-winged Gull in Castletown Bearhaven harbour, Co Cork, to 28th confirmed the week up as a productive one for Larid-watchers, as did a Franklin's Gull at Walmsley Sanctuary, Cornwall, on 23rd, although the news of the adult, which had supposedly been frequenting the area since January, came through four days after the event. 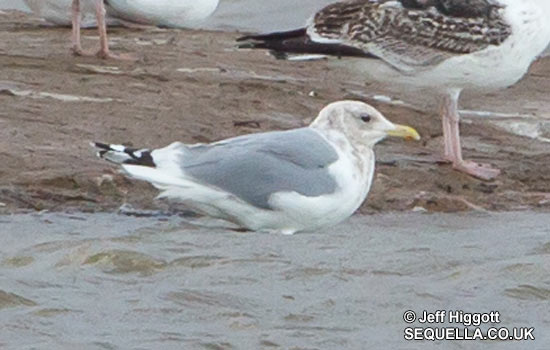 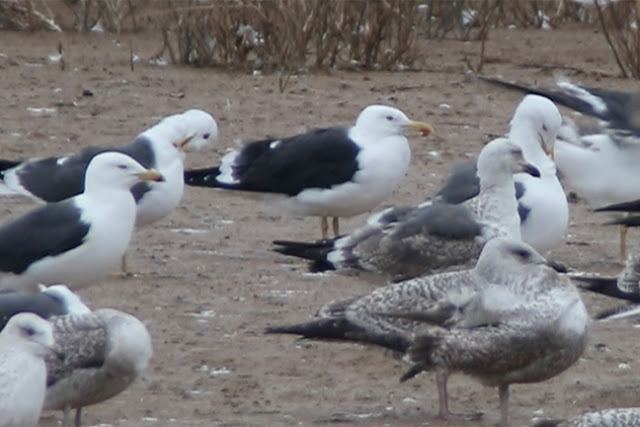 Over in Co Kerry, the drake Black Scoter stayed on at Rossbeigh to 27th, as did female King Eiders off Rosslare, Co Wexford, and Ruddon's Point, Fife, to 27th and 28th respectively. The drake Northern Eider was searched for successfully at the mouth of Loch Fleet, Highland, on 26th. Dozmary Pool, Cornwall, and Cosmeston Lakes, Glamorgan, both continued to play host to their Lesser Scaup mascots to 28th. White-billed Diver records remained steady, with two still of Port Skigersta, Lewis, to 24th followed by singletons off Portsoy in Aberdeenshire, Kingsbarns in Fife and Burghead in Moray on 28th. The last was seen again the next day, when another 'banana-bill' was picked out off Barra in the Outer Hebrides. Long-staying Long-billed Dowitchers were again the only widely noteworthy waders, the first-winters at Rutland Water and at Cresswell Pond, Northumberland, both present and correct to 29th, and the Hampshire individual at Keyhaven Marshes to at least 26th. 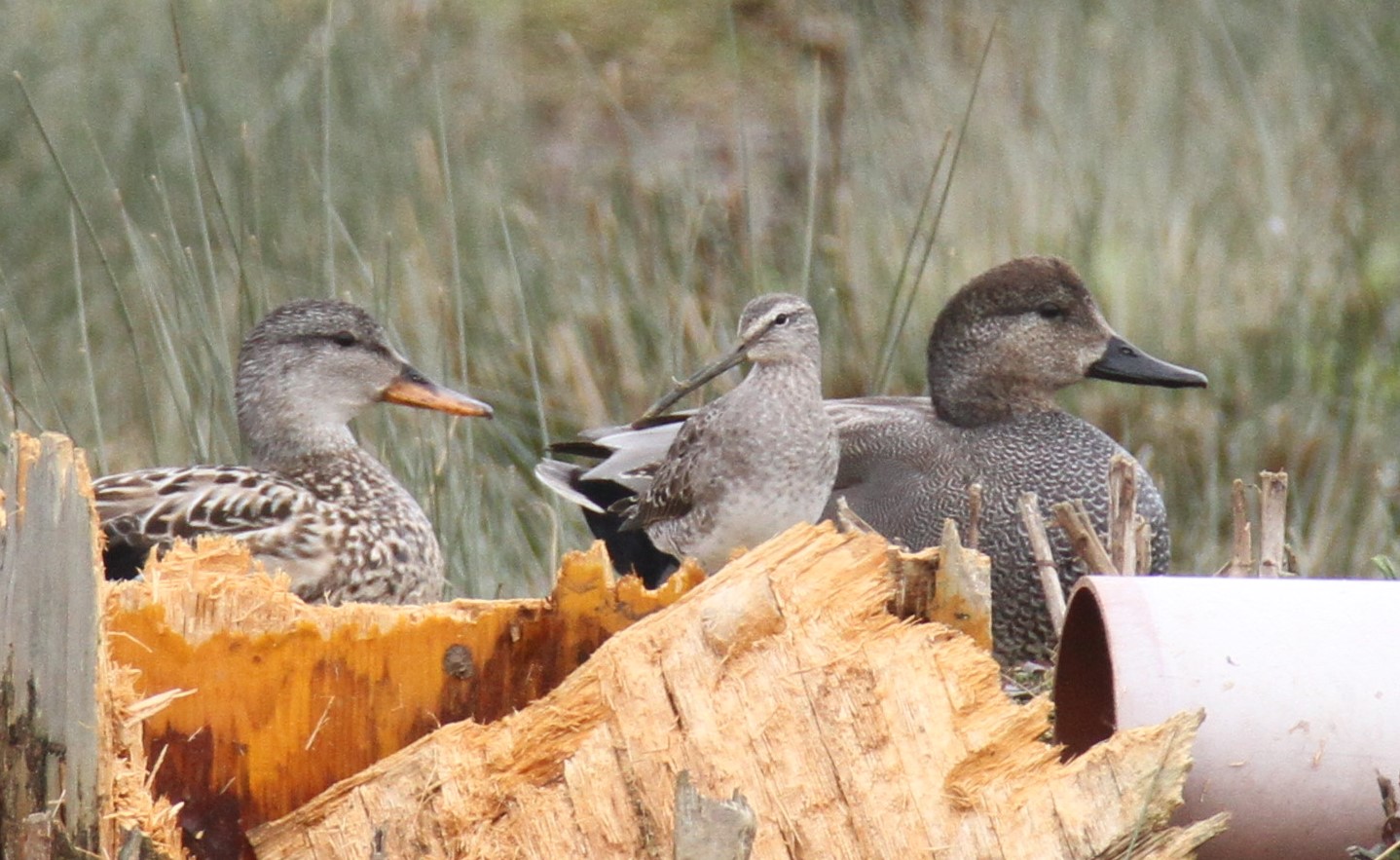 Surrey's Little Bunting was a little more co-operative at Pyrford this week, showing to mid-morning on 26th, after which point it vanished. With no sightings of the Gloucester duo, Penduline Tit sightings were limited to the two at Saltholme, Cleveland, which showed to 28th, and the more evasive single at Strumpshaw Fen, Norfolk, last seen on 25th. On this date, the two Richard's Pipits at Flamborough Head, East Yorks, were still being reported from their damp field of choice near North Landing, and Staffordshire's star attraction, the Hinksford Hoopoe, carried on drawing admirers throughout.

Six American Wigeon included a new drake at Pulborough Brooks, West Sussex, a female in Dargan Bay, Co Antrim, and one at Malin Head, Co Donegal, along with a long-stayer nearby at Malin Town and others at Steart, Somerset, and Scalby Mills, North Yorks, although the latter was nowhere to be seen on 25th, when a significant departure of Wigeon was remarked upon. The six Ring-necked Ducks reported during the review period were all old news, so to speak, in Ayrshire, Dumfries and Galloway, Fife, Mayo, Staffordshire and Waterford. Ireland had four of the 12 Green-winged Teal, the only new drake being in Lothian. The party of Surf Scoter in Blacksod Bay, Co Mayo, rose to six birds on 28th while loners were at Colwyn Bay, Conwy; Ruddon's Point, Fife; Port Seton, Lothian; Filey, North Yorks; and St Mary's, Scilly. The two adult Black Brants were not quite ready to leave Kilnsea, East Yorks, by 27th, nor had the adult wintering on the Exe Estuary, Devon, set off by 25th. 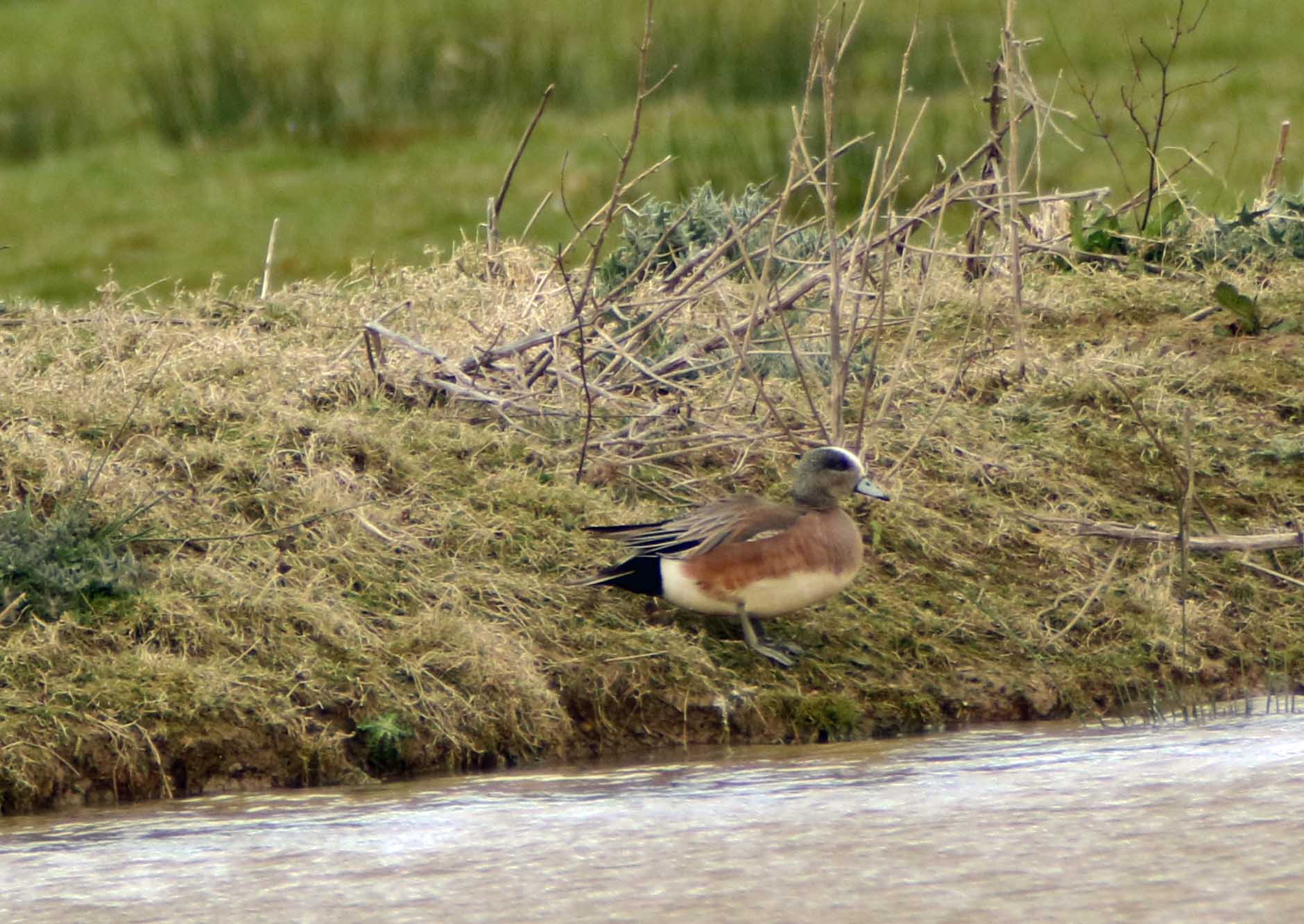 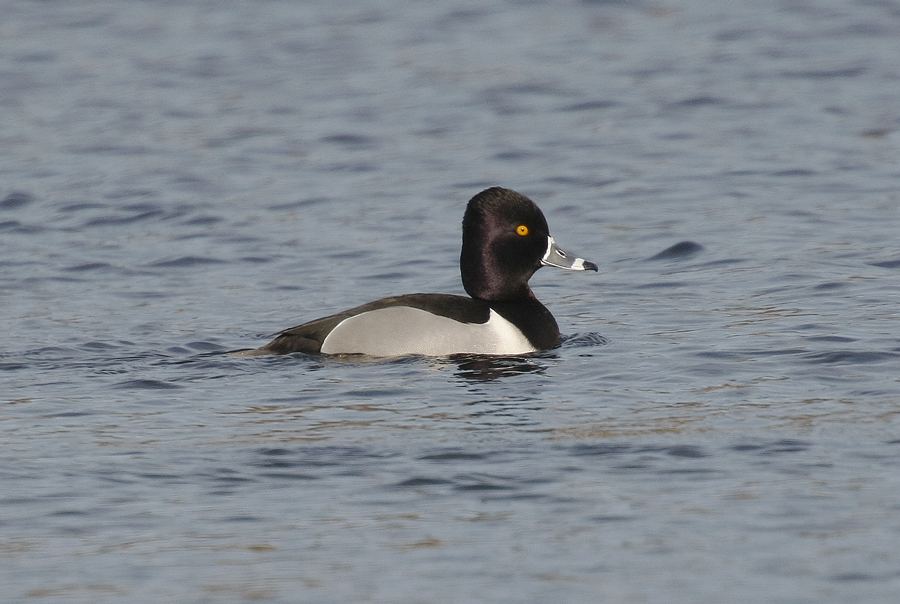 North Uist continued to provide a scenic abode for the white-morph Gyr Falcon to 29th. Rough-legged Buzzards persisted in Norfolk, around Titchwell and Haddiscoe Marshes, to 25th, while Highland also had two separate birds (both on 24th), at Strathdearn and at the south end of Lochindorb — exactly where one had been sighted in mid-November last year, so it had presumably spent the winter in the area under the radar.

The Cattle Egret in Somerset rematerialised at Westhay Moor, Somerset, on 28th; the bird at Hareplain, Kent, was reported on the same day. In Suffolk, North Cove's individual was still keeping company with the local Highland cattle on 29th. The sightings at Powderham, Devon, from 27–29th presumably involved the bird last seen there in mid-January, and the individual at Tacumshin, Co Wexford, also came through again on the previous day. Antrim, Devon, Essex, Gwent, Nottinghamshire and Somerset each enjoyed a single Glossy Ibis, and three were still in County Wexford, including two at Cahore.

An unconfirmed report emerged of a Woodchat Shrike at Tarrant Rushton, Dorset, on 29th, but more certain were the 15 Great Grey Shrikes still haunting heaths, moors and clearfells this week, as well as four Yellow-browed Warblers, which were shared between two sites in Cornwall and one in Pembrokeshire, and the trusty Pallas's Warbler at Portesham, Dorset, to 29th. 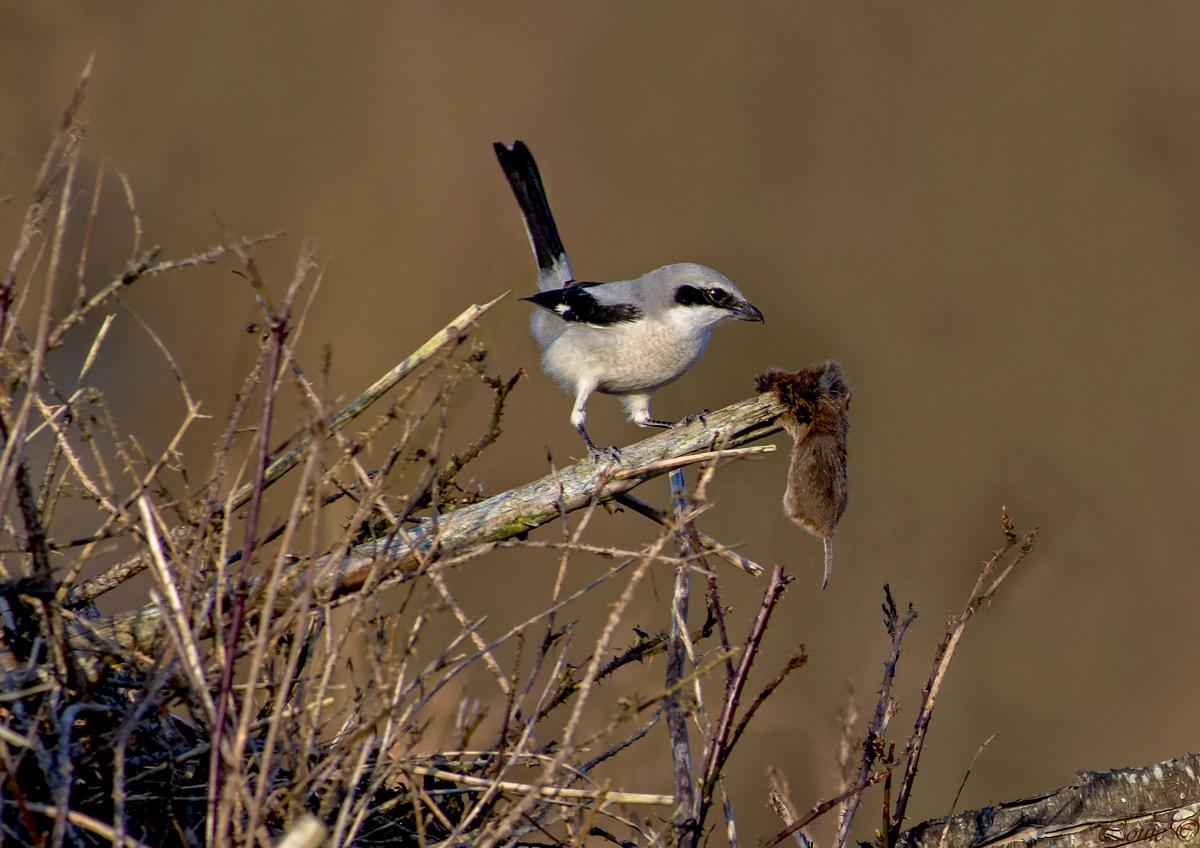 The RV Celtic Explorer's wanderings far out at sea across Rockall Bank threw up an unseasonable surprise in the form of a Great Shearwater on 28th. Scarce gulls included an adult Bonaparte's Gull in Thurso Bay, Highland, on the evening of 29th, adult Kumlien's at Daventry Reservoir, Northants, on 24th and off Claggan Island, Co Mayo, on 28th, and a total of 15 Ring-billed Gulls, of which 12 were in Ireland.

A bustling Western Palearctic week saw a brief Masked Wagtail photographed on the southern Dead Sea coast in Israel, this representing the third national record of personata. In the same country long-stayers included the Bateleur and Rough-legged Buzzard still around Gal'on and Red-billed Teal still in the Hazeva area, though both could be tricky to catch up with.

It was a busy week in the Cape Verdes, with the islands' third Solitary Sandpiper fronting a strong line-up on Santiago from 23rd. A fly-by Hudsonian Whimbrel early on 24th was also a third for the archipelago, while the long-staying Black Heron remained and at least three Intermediate Egrets were seen. 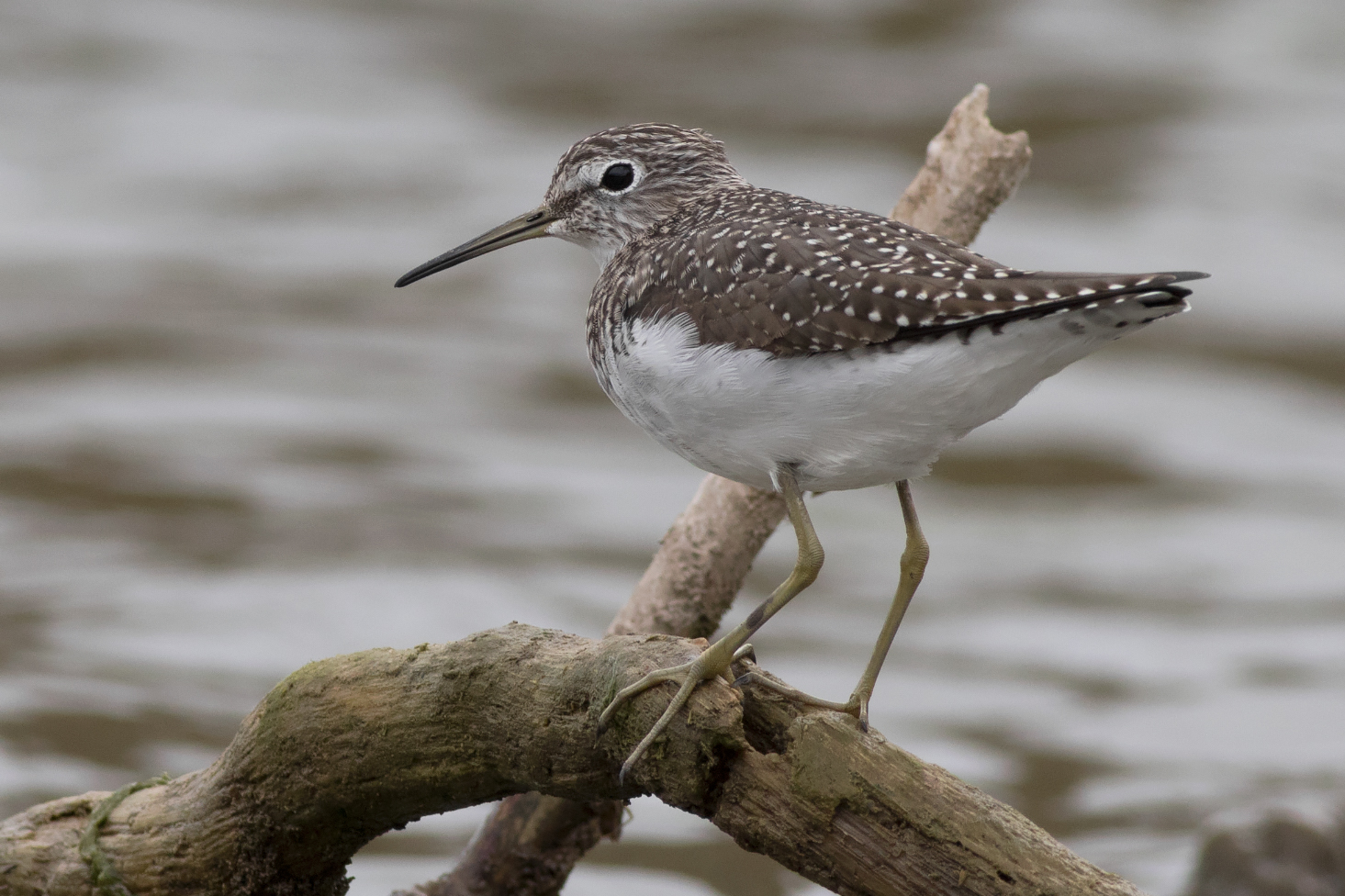 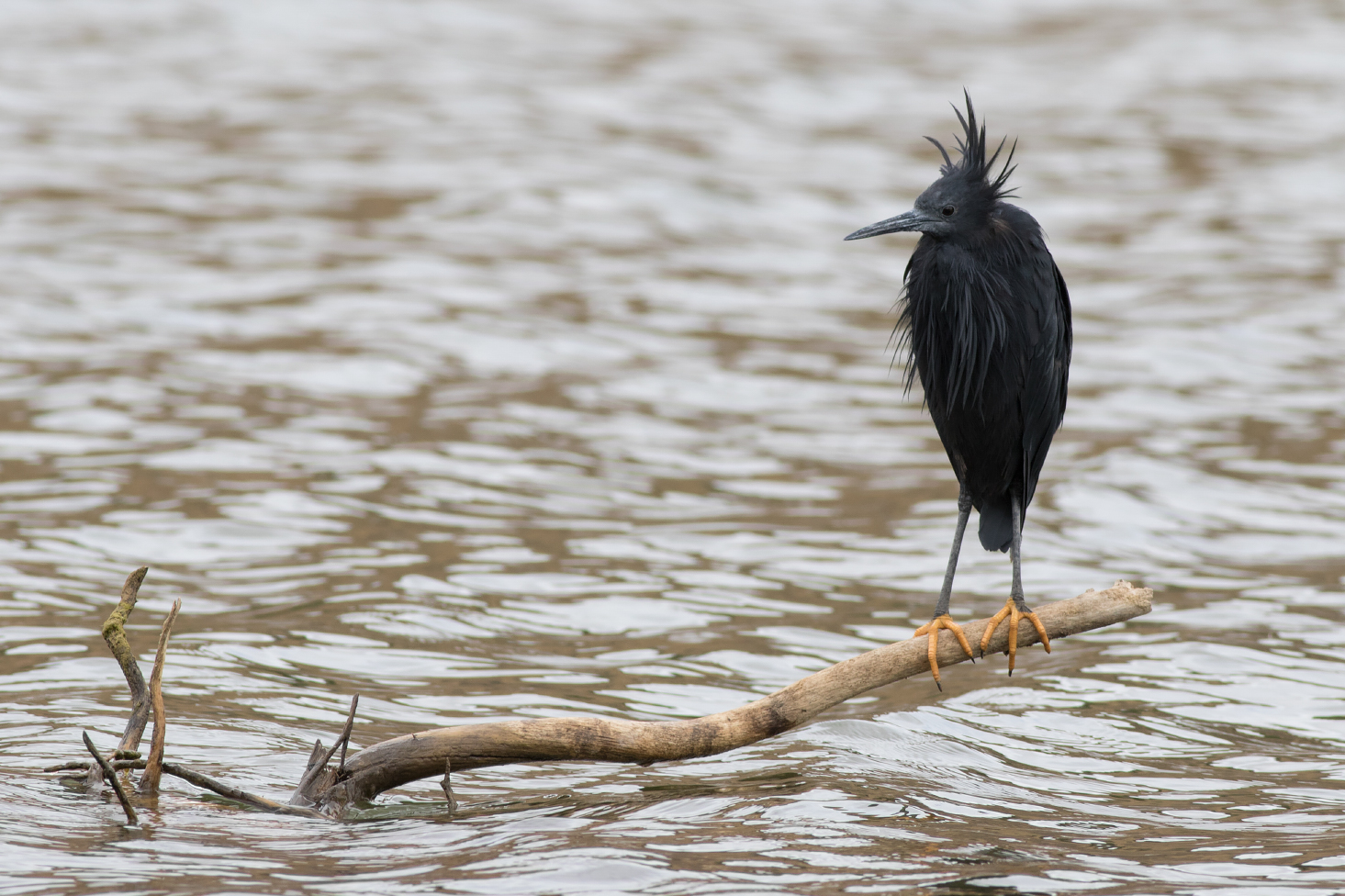 Perhaps of most excitement to European birders was the presumed return of the adult Black-browed Albatross, seen migrating north past at least two sites in north-west France on 27th. One anticipates that it will be back on Heligoland very soon.

The Siberian Rubythroat remained in situ at Hoogwoud, Netherlands, and the Azores' Double-crested Cormorant was logged on 24th. In Denmark, Copenhagen's Black-throated Thrush kept showing to 25th and there was a Pacific Diver in Norway at Nord-Trøndelag, the same country continuing to support the adult drake Stejneger's Scoter at Tautra on 24th. A Brown-necked Raven at Cape Greco, Cyprus, potentially represented a national first, also on 24th. 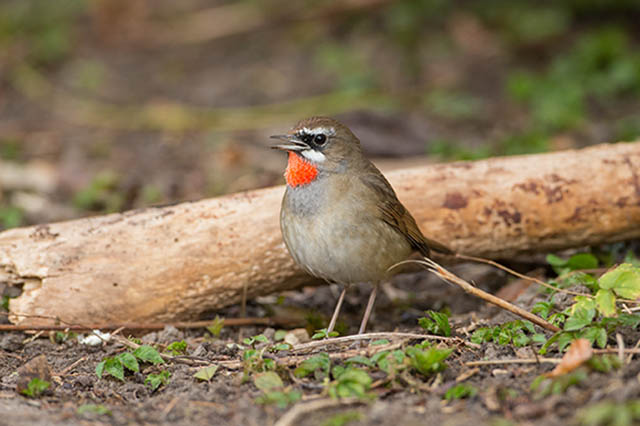