Review of the Week: 21st–27th February

Temperatures fell away once again in a week that saw many southern areas draped in a persistent grey veil of cloud that seemed impossible to shake off. Although it was a bit brighter further north, here too it was cold and the chance of an early spring arrival seems off the cards for now. Birdwise, proceedings were very similar to the week before: new arrivals were limited, although a multitude of remaining quality ensured that there was nevertheless plenty to see.

On North Uist, the young drake Harlequin Duck continued to show well at times off Traigh Iar, just south of Balranald RSPB reserve throughout the week. For northbound twitchers, a fine supporting cast in the immediate area in the form of the Richardson's Canada Goose, female Ring-necked Duck, two white-morph Snow Geese and a handful of white-winged gulls gave many a weekend to remember. 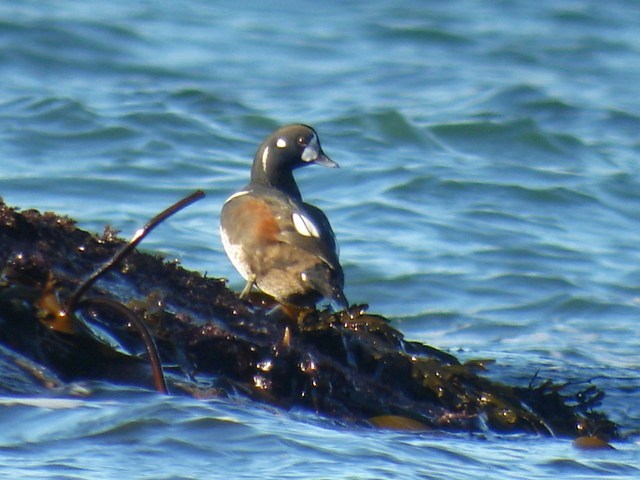 Meanwhile, Shetland's Pine Grosbeak was still in the North Collafirth area to 23rd only; three solid days of negative news followed and, despite searching, it seems that February's favourite finch may just have moved on. 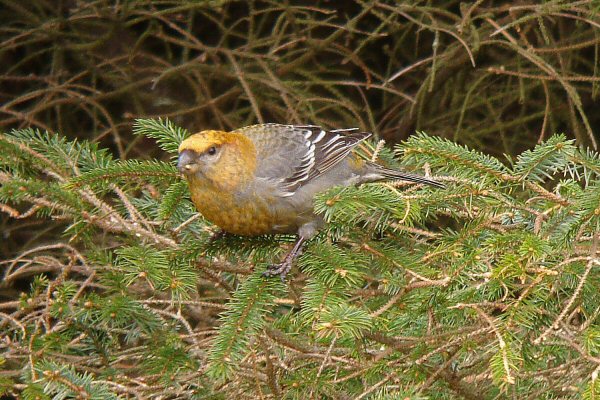 In contrast, all of the winter's other headline acts remained in residence: the Pied-billed Grebe was still at Ham Wall (Somerset) where it was joined by a drake Ferruginous Duck on 27th, the Pacific Diver was again off Marazion (Cornwall) on 23rd and the American Coot was still at Murlach, Ballyconneely (Galway) on 26th. 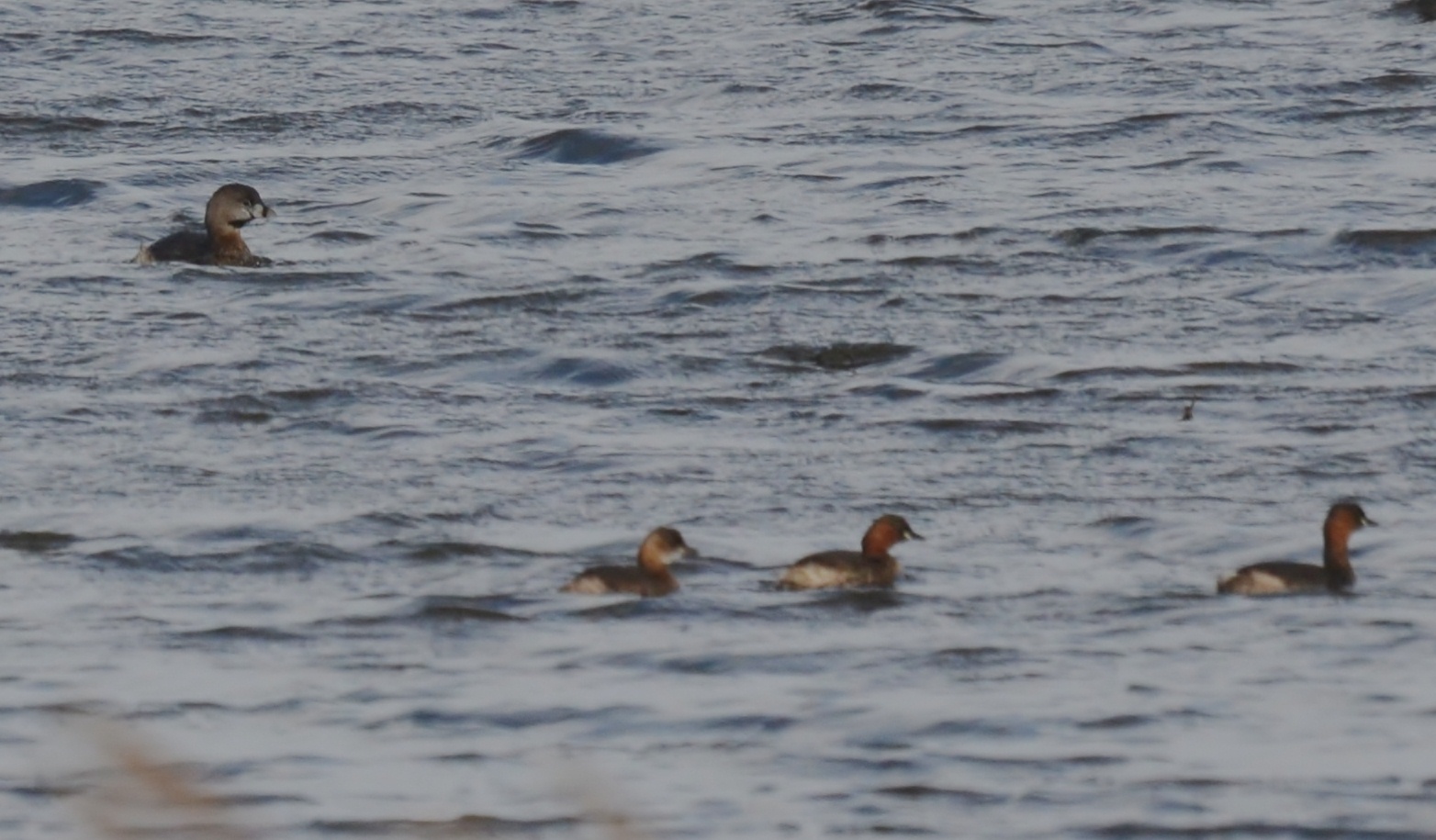 Rare geese consisted of blue-morph Snow Geese still at Eagland Hill (Lancs) throughout and again at Lower Lough MacNean (Fermanagh) on 24th, two Richardson's Canada Geese still in County Sligo (with other singletons on Islay and in Dumfries & Galloway), the Solway Todd's Canada Goose at Whitrigg (Cumbria) on 26th and the Red-breasted Goose still at Thorney Island (W Sussex). At least seven Black Brants included two still at Felixstowe Ferry (Suffolk), one of which was an educational first-winter bird. Over in County Dublin at least one possible Grey-bellied Brant remained at Donaghmede where there were also two Baffin-Island-ringed hrota Brents. 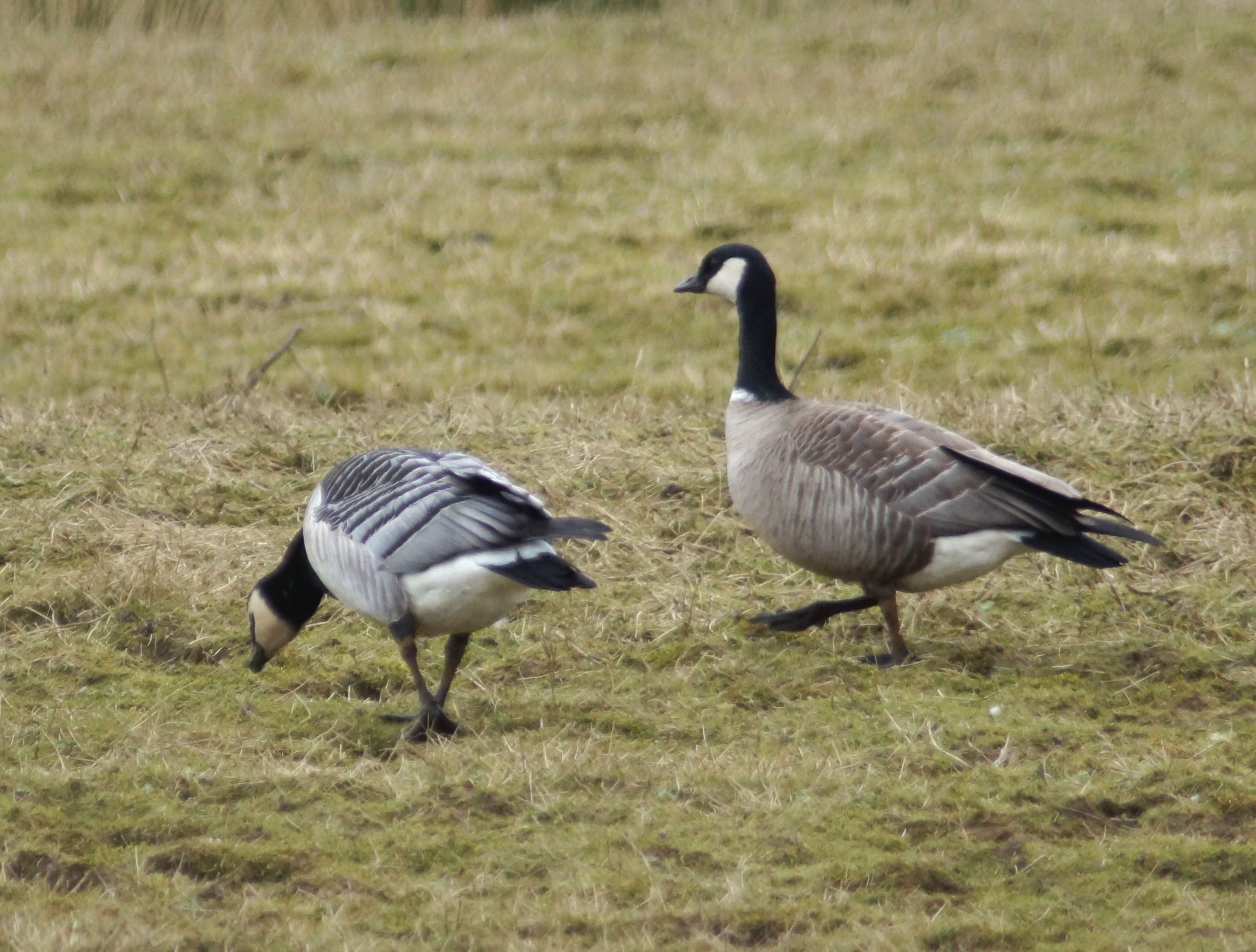 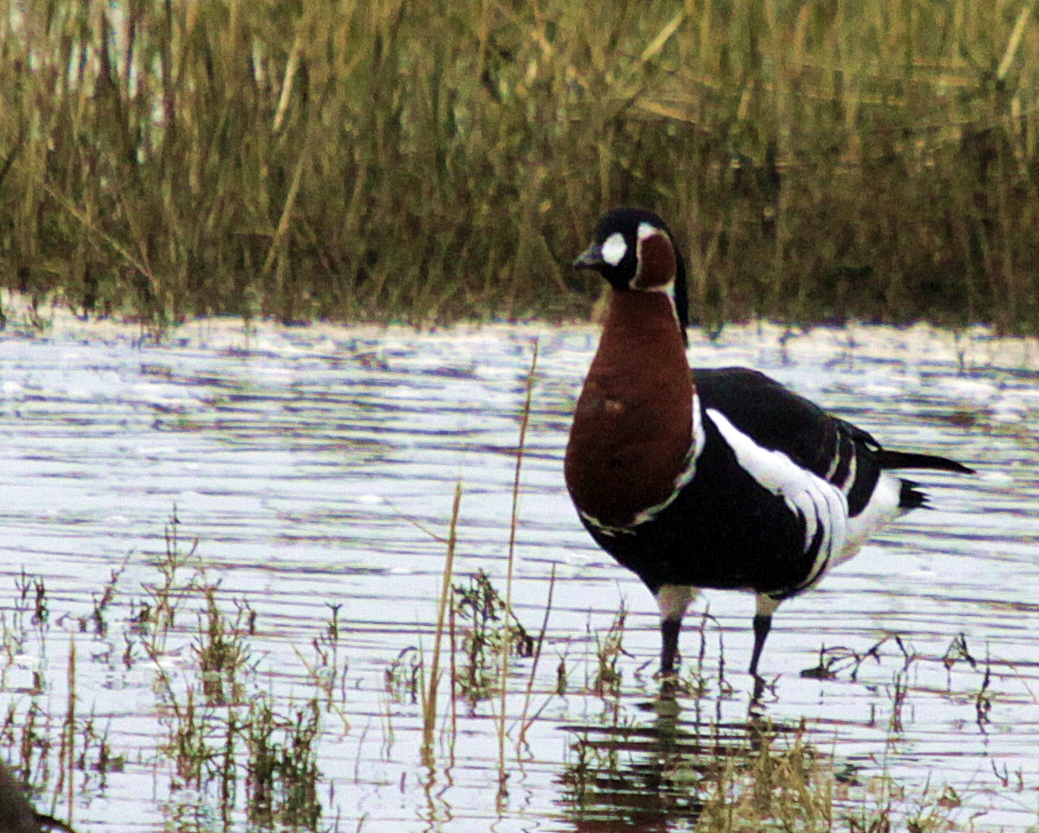 Drake Lesser Scaup remained at Lough Gash (Clare) and Cardiff Bay (Glamorgan), with the latter site also welcoming back the Bonaparte's Gull on 24th. The Ferruginous Duck was again at Blashford Lakes (Hants) on 22nd–24th while the long-staying drake remained at Priory Country Park (Beds). Ten Ring-necked Duck were reported in the week: in addition the Hebridean female, birds remained at Colliford Lake and Par Beach Pool (both Cornwall), Marloes Mere (Pembrokeshire), Knockaderry Lake (Waterford), Lough Leane (Kerry) and twos were on Scilly and in Devon. 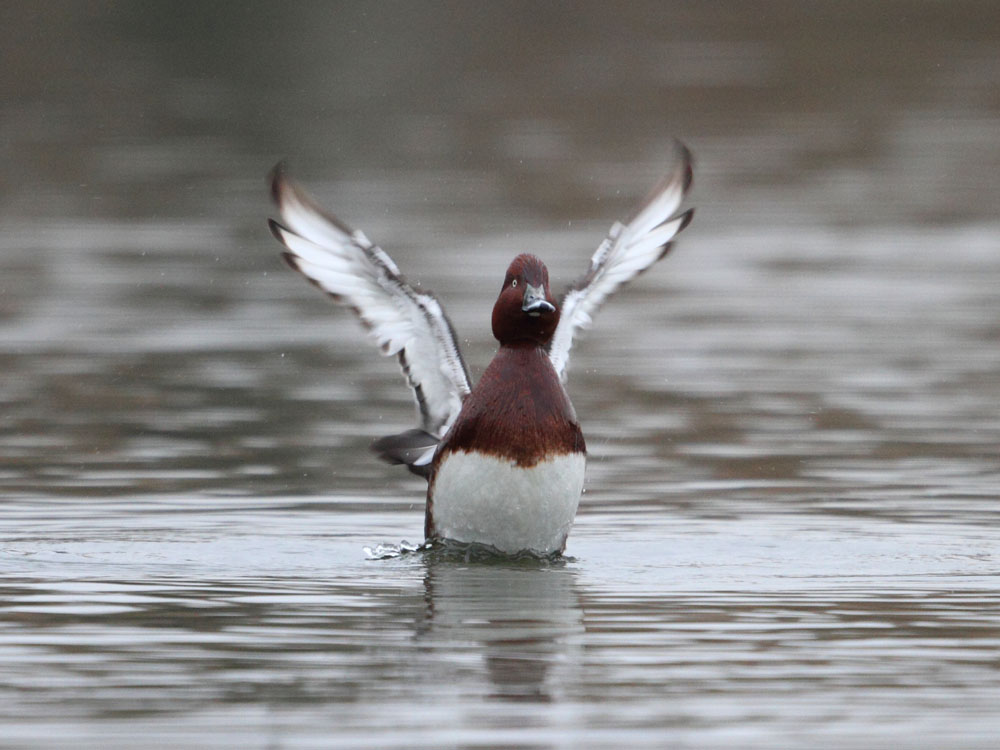 The two Black Ducks were still near Crookhaven (Cork) on 22nd, and in Dumfries & Galloway the drake Blue-winged Teal was noted again at Threave on 25th. Male American Wigeon continued to reside in Highland, Lincolnshire, Devon and Wexford. Of the seven Green-winged Teal noted, two were new birds: at Brandon Marsh (Warks) from 24th and at Pennington Marshes (Hants) on 26th.

The drake King Eider was again off St. Combs (Aberdeenshire) from 22nd while seven Surf Scoters included the Loch Ryan drake off Soleburn (Dumf & Gall) on 26th–27th and two drakes off Llanddulas (Conwy) on 24th. The White-billed Diver also continued to be seen regularly off South Ronaldsay (Orkney).

A Glossy Ibis near Warblington (Hants) from 23rd is no doubt the bird that has been wandering around Dorset and Hampshire in recent weeks, while the Marloes Mere (Pembrokeshire) bird still shows no sign of moving on. A typical scattering of Great White Egrets included up to four still at Dungeness (Kent), while the Cattle Egret was again seen at St. Johnston (Donegal) on 24th. The only extralimital Crane reports concerned two over Scarborough (N Yorks) on 27th and the first-winter in Lothian, with that county also bagging its first Egyptian Goose near Haddington — only the second for Scotland! 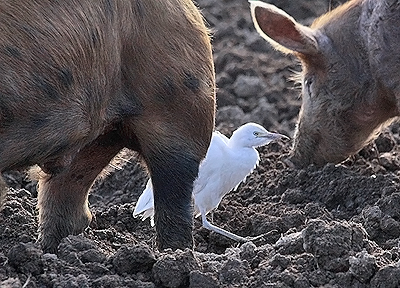 More accustomed to its surroundings (though a fine record nevertheless) was a well-camouflaged male Snowy Owl, photographed on the northern slopes of Ben Macdui (Highland) on 18th February and seen again on 27th. The bird even made the national news, though is far from unprecedented — could it be the same bird seen here in March 2008? Back down in Norfolk, the juvenile White-tailed Eagle continued to tour the Great Bircham area throughout the week, though it was mobile and sometimes difficult to pin down. Norfolk also claimed seven of the week's eight Rough-legged Buzzards, with three reported at Haddiscoe Marshes on 25th — the only other report came from Long Riston (E Yorks) on 22nd. Elsewhere, a white-morph Gyr Falcon was again seen on South Ronaldsay on 26th before relocating to Newark Bay on 27th, and the Northern Harrier also remained in County Wexford. 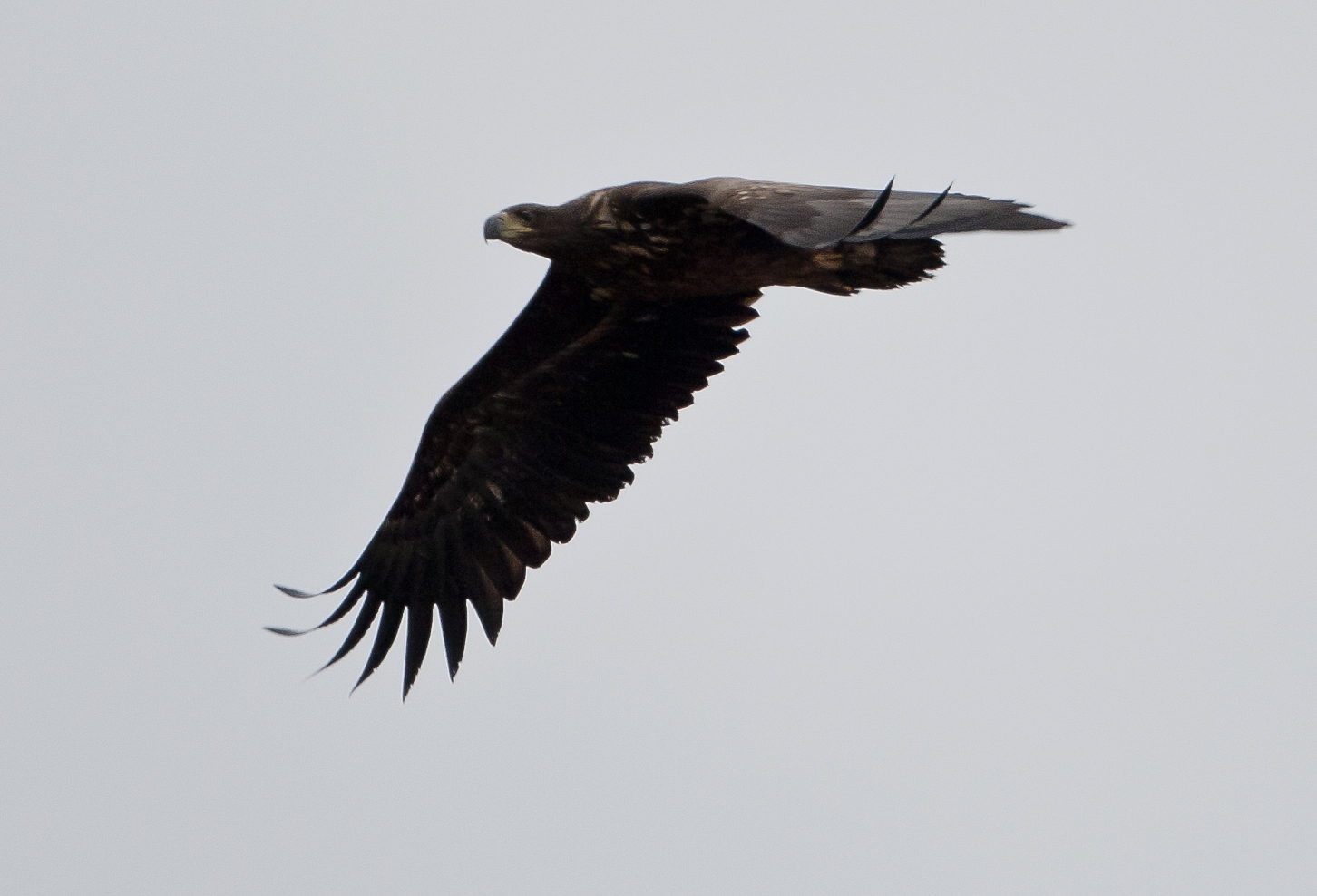 It was very much a familiar scenario for shorebirds: the Lesser Yellowlegs was still in Devon, Long-billed Dowitchers continued in Pembrokeshire and County Wexford and the Temminck's Stint was still at Steart (Somerset) on 23rd, while a reported American Golden Plover flying off from Rosenannon Downs (Cornwall) on 25th was the only sniff of anything new. 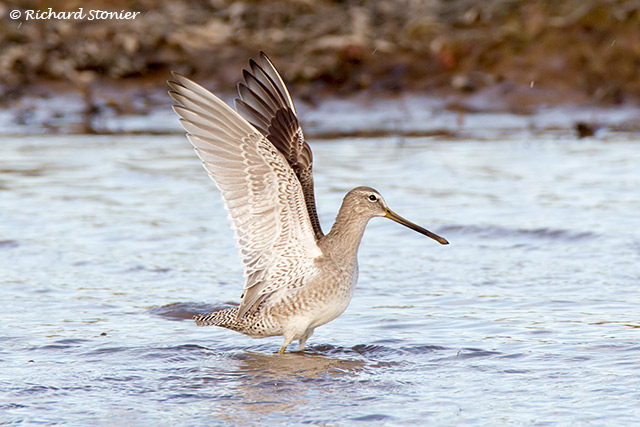 In addition to the Cardiff bird, Bonaparte's Gulls remained in Eastbourne (E Sussex) and on the Ogmore Estuary (Glamorgan), while 17 Ring-billed Gulls were split 11:6 between Britain and Ireland. The only multiple count concerned two still in Tralee (Kerry), although a new first-winter seen in the Lackford Lakes (Suffolk) roost on the evening of 23rd was a significant find. Approximately fifty each of Glaucous and Iceland Gulls were noted in addition to several Kumlien's Gulls — four of which were at Killybegs (Donegal) on 23rd. Chasewater (Staffs) enjoyed a particularly good roost throughout the week, with a possible second-winter Kumlien's joining up to three Glaucous and two Iceland Gulls there. 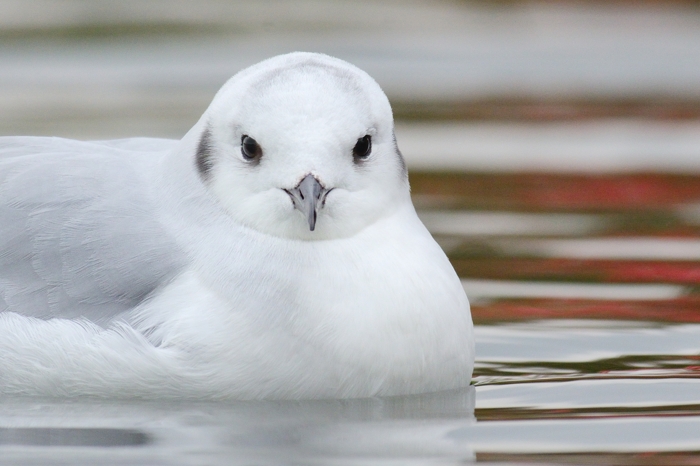 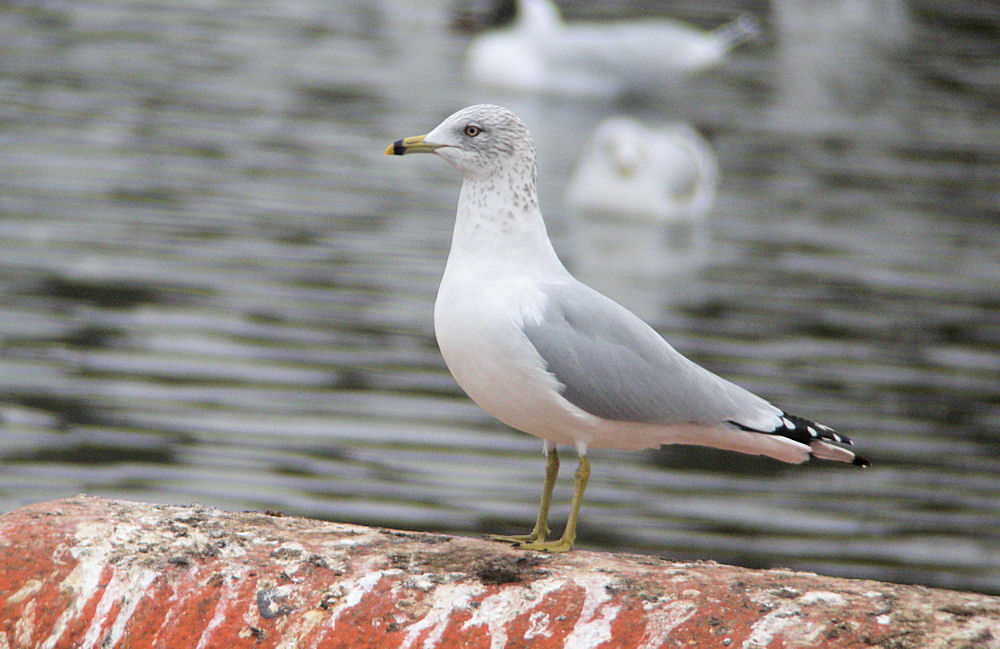 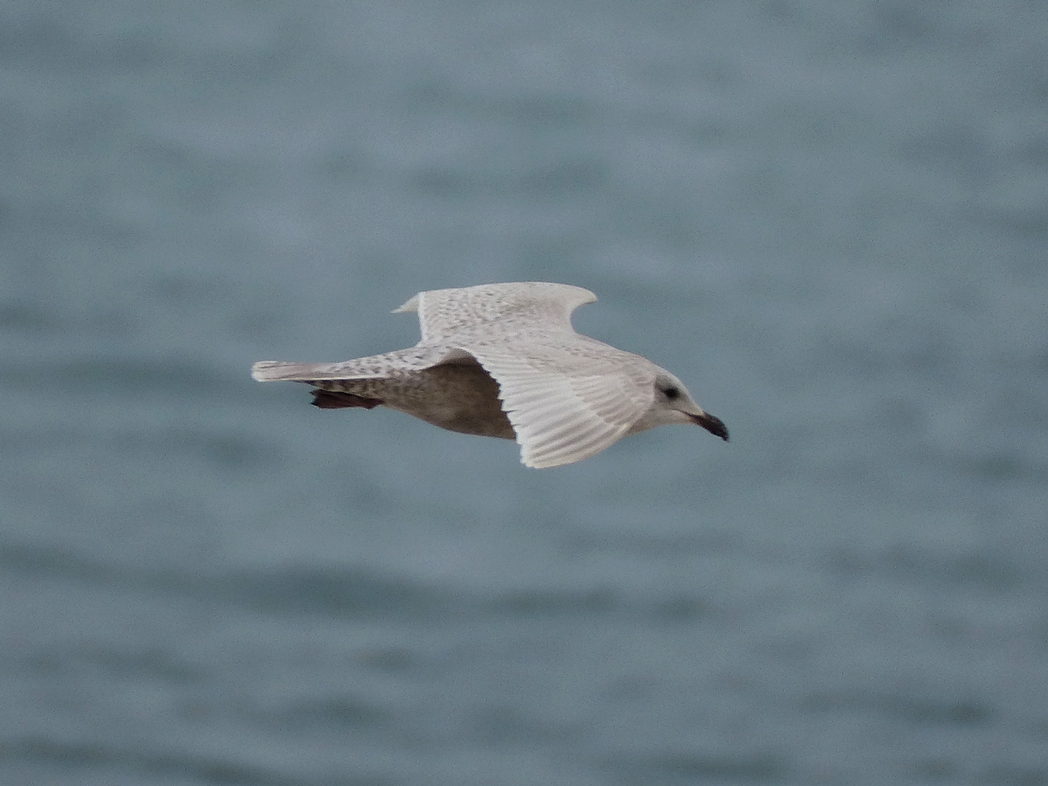 In Dorset, the Hoopoe was again noted at Hamworthy on 24th, and the Richard's Pipit was also on the beach at Cooley Point (Louth) that day. Elsewhere, lingering passerines included the Black-bellied Dipper in Norfolk, the Desert Wheatear in Aberdeenshire and the Rose-coloured Starling in Devon throughout the week, in addition the Pallas's Warbler still on the Berkshire/Hampshire border on 25th. 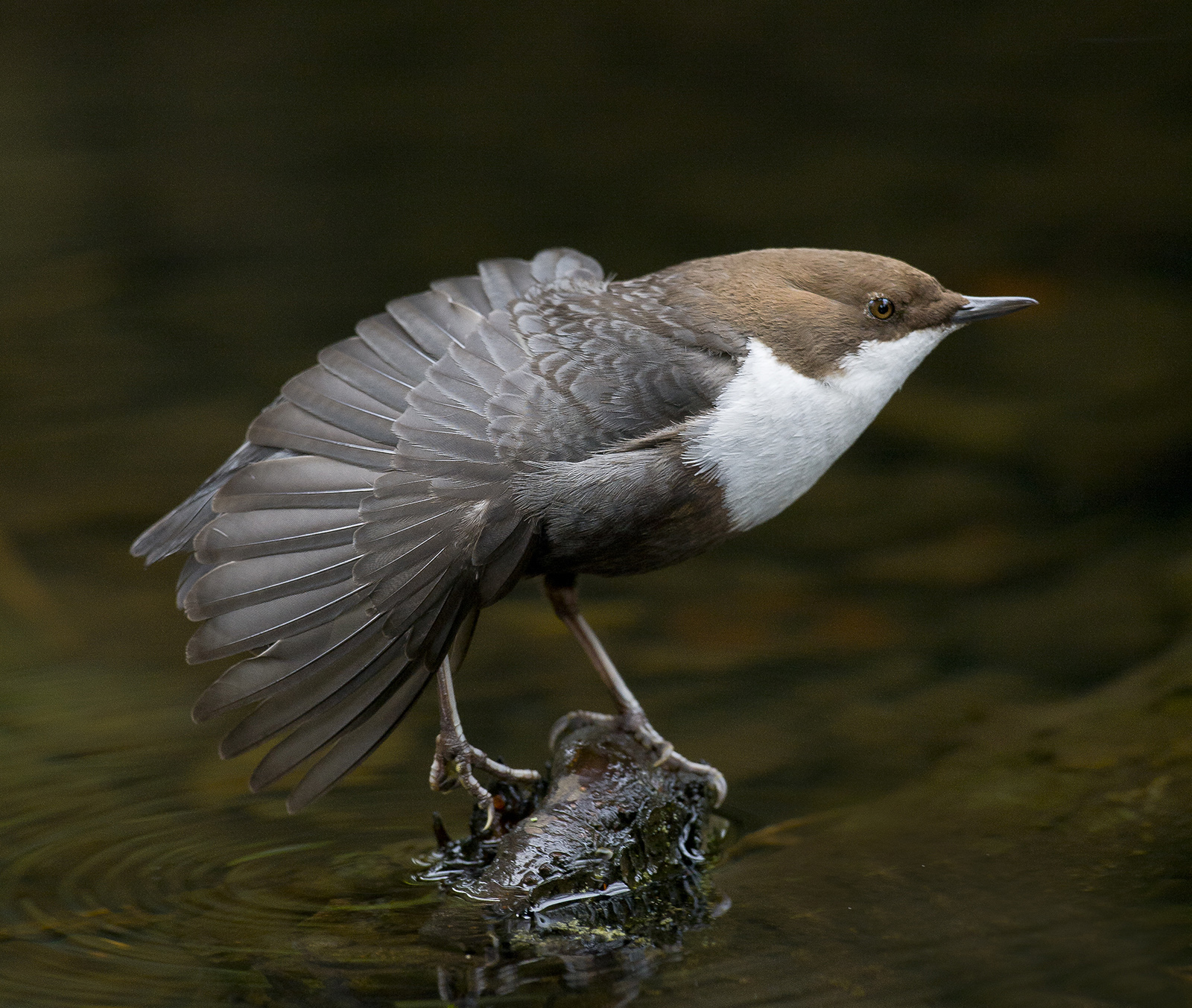 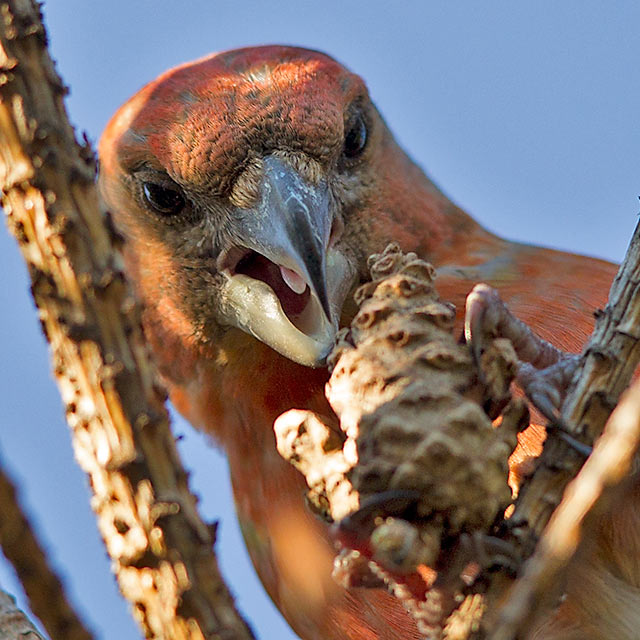 Every now and then, when we come to write the citation for our chosen Photo of the Week, we are amazed to find that the photographer who took it doesn't have previous PotW wins. This week, Suffolk-based bird photographer Chris Upson gave us one of these surprises. With over 800 uploads and 30 Notable images, Chris has been one of the leading photo contributors to our online community for the last five years. Finally, what looks to have been a productive Highland trip gets Chris his first win. Crossbills are adapted to feeding on pine cones, especially spruce, from which their crossed mandibles can extract seeds while the cone is being held by the bird's foot. The brick-red plumage of the male birds makes them particularly stunning, especially when contrasted against a rich blue sky. With a well-timed, razor-sharp close-up, Chris brings all this to life as vividly as if his camera was hidden inside the next pine cone along the branch. We're looking forward to seeing more of Chris's images, both from his Scotland trip and his local coverage of East Anglia. 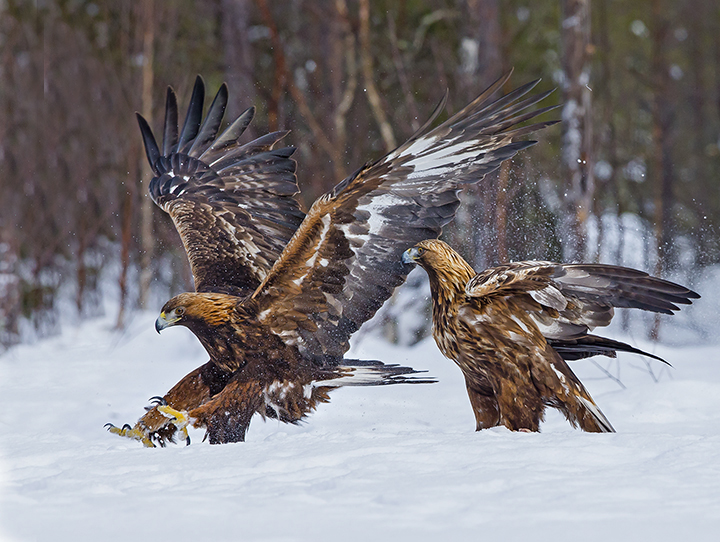 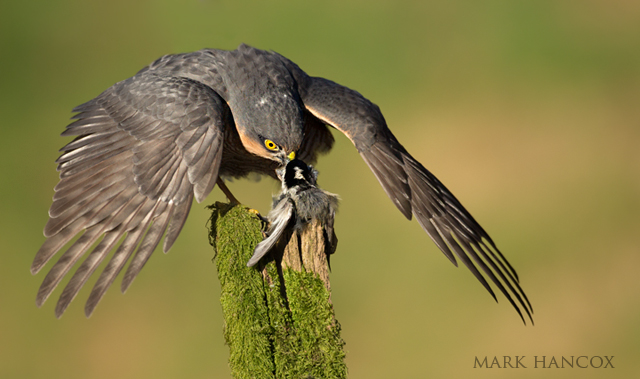 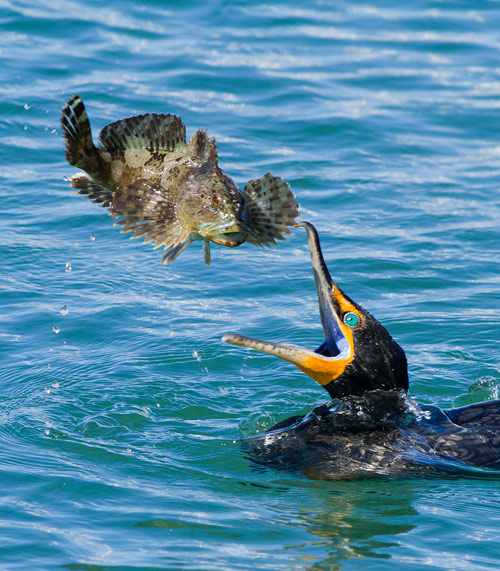 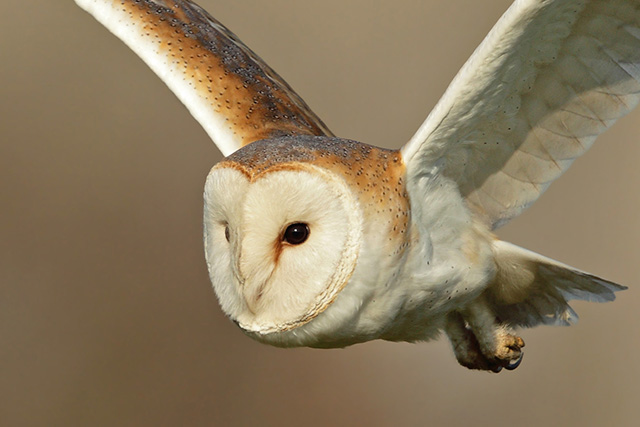 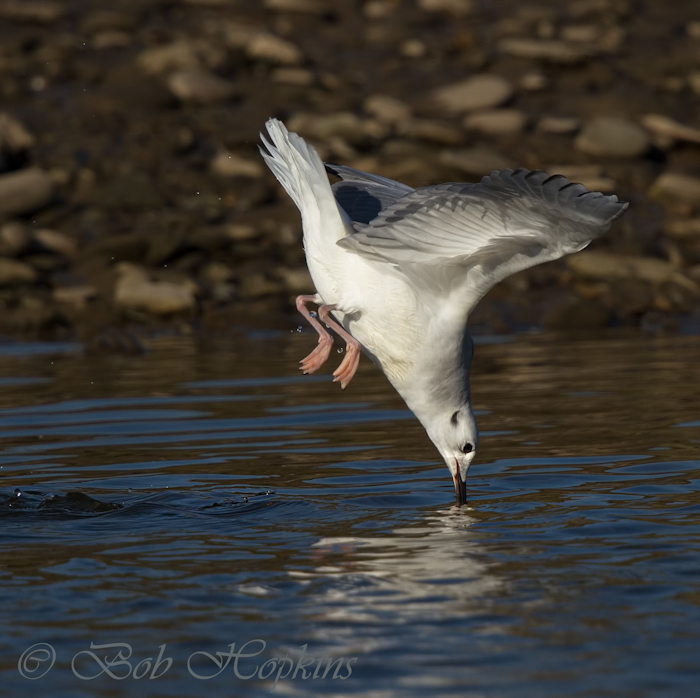 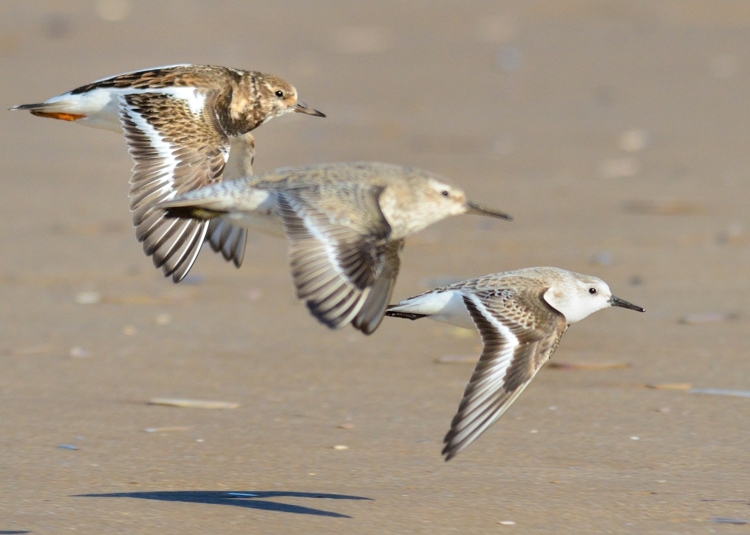 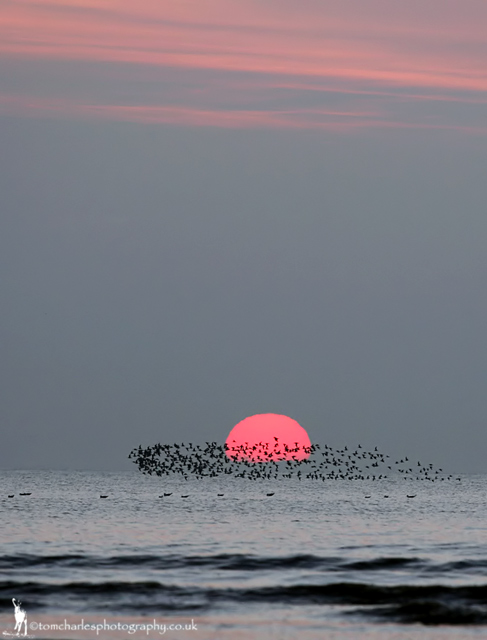 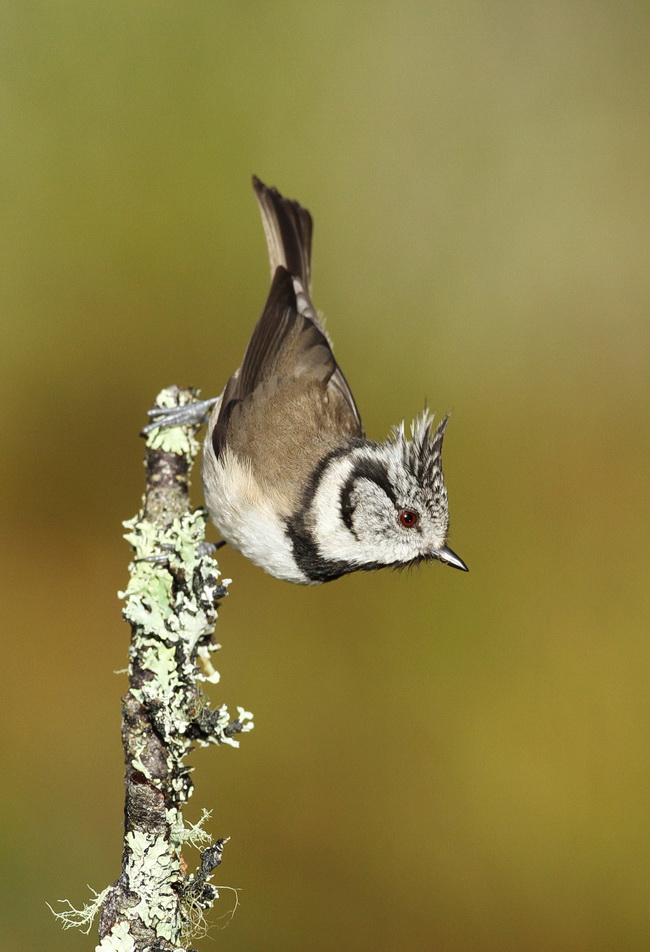 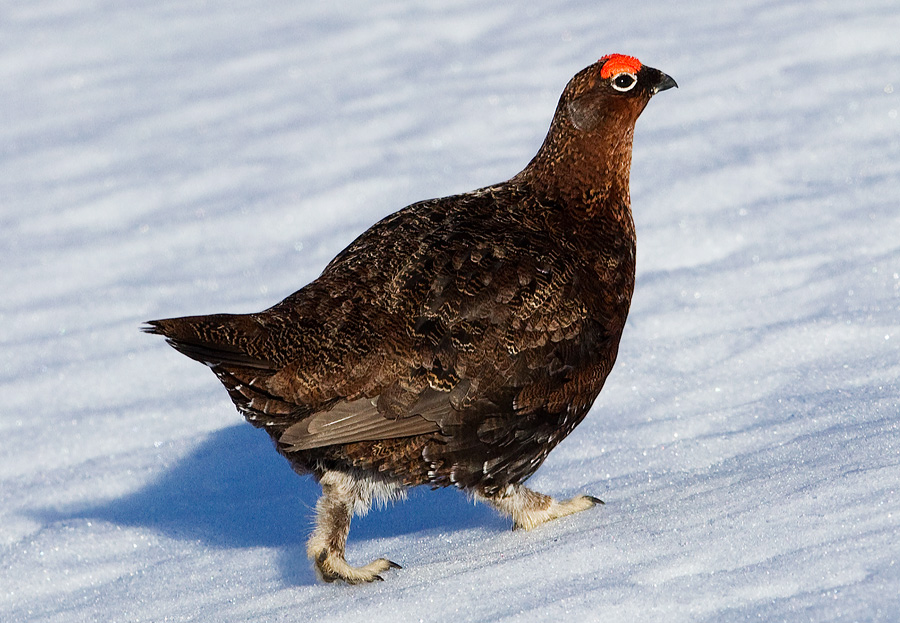 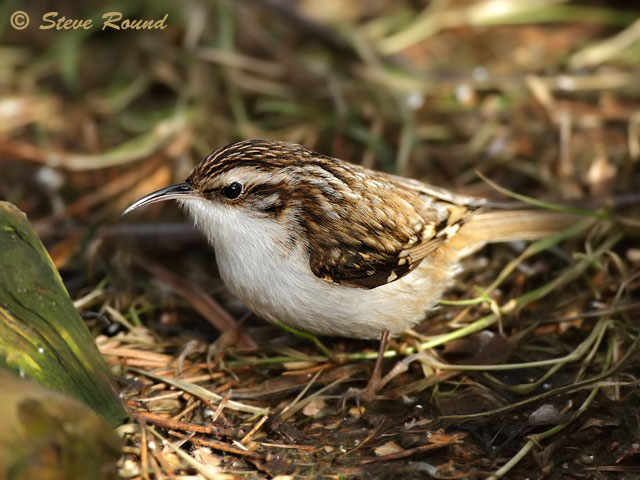